It's been a while... oh. Yeah. It's uh, definitely been a while. Sorry about that. How about a Christmas present -- not *the* present, of course -- but a present nonetheless?

So It's Been a While. How About An Update?

In specific, two months without absolutely anything from me. Huh. Certainly felt like two months, eh? After a quick check, blood is still pouring through my veins: that's cool, at least.

Progress. I've made plenty of it, obviously - and I wish I had a proper GitHub setup so I can show how busy I've been in a commit graph. Alas, right now I've no such thing, so for now you'll have to trust my words and screenshots (which I've plenty) - and hey, look, here comes both. 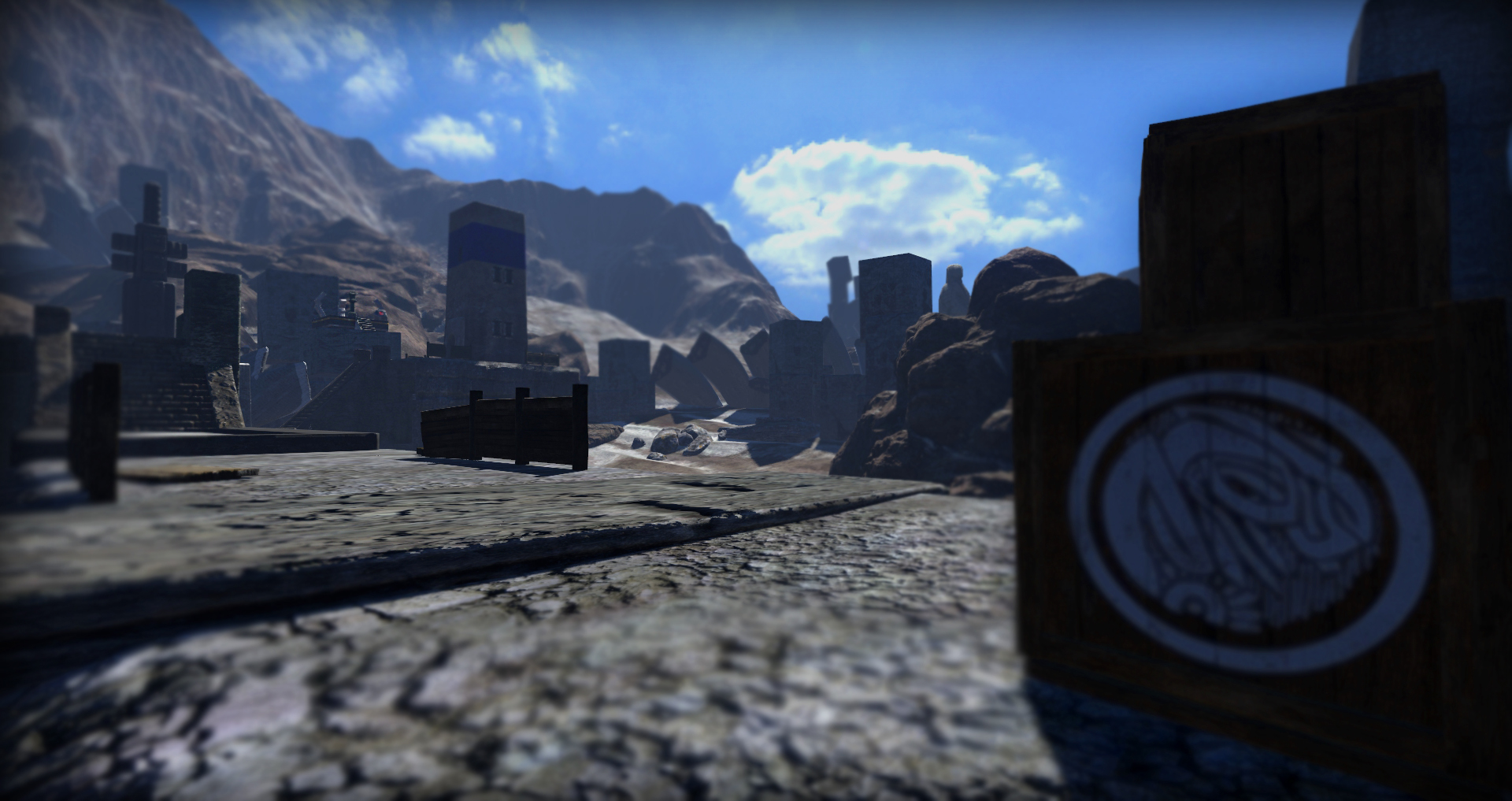 Level 2 has been removed, as it was the absolute worst level in the entire game. I have no plans to remake it. Dream Cutscene has also been scrapped, as it proved redundant and clunky. If anyone's curious, the pre-alpha version of that very level can be seen from here. You can tell how old it is because Ghost's hoodie is white - once Therium-2 came out of pre-alpha, it became blue.

Though a few levels were cut (for good reason), nothing's been detracted from the game. In fact, if anything, the total amount of levels that are in the game right now is greater than the previous amount: 23 (the old amount, not counting C & D path) vs. 27 (the current amount). Not only that, but it's a whole lot better in general.

And boy, aren't those a lot of E levels?

I seem to have forgotten to mention this, but the E stands for 'Ending'. Though most of it is cutscenes, there are at least three boss fights in total and there are even five or six levels in each path!

But hey -- those asterisks are not typo's. The B path ending is fully complete and playable. This means cutscenes, gameplay, visuals, dialogue, etc are all finished. The only thing I need to do for the B path ending will be adjustments according to beta tester feedback.

The A path ending is a different story. Almost every single level needs to be either scripted, animated and finished in general -- but this isn't to say the A path ending is in development hell. The only real challenge I have in making the ending is E-A4-A, and that's only for a very specific spectacle that will hopefully blow you away.

I can absolutely understand how boring, upsetting, and annoying it might be that I'm so silent about the development of Therium-2. Any updates I've released have, as far as I can tell, been "boy oh boy am I alive" -- which I am -- but you already know that. Though it may be cool to know specifically what I've been doing, I never go into all that much detail.

Which is why, for the first time in quite a while, I'll be writing a blog post about the game itself, and not just the development of Therium-2.

Any time I explain Therium-2 to someone, the non-linearity aspect is often misunderstood -- and then I realise how little people on the ModDB truly know about the surface level features of the game, let alone the plot premise. So, of course, I've decided to rectify that.

A good (and relevant) example of exactly how Therium-2's paths system is... well, darn. I can't exactly think of an example... which makes explaining it quite a bit harder.

In the first two levels, Begin and Prologue, level progression is as straight as an arrow. There are no choices in where you go (though plenty of choices in lethality and gameplay). After completing Prologue, you progress to Begin, where you are faced with your very first gateway choice. You have two options: you can begin the A path, or you can begin the B path.

Once you make your decision in Begin, Ghost's journey starts in the S1 section of Therium-2. From here, each level has two gateways: one leading to the next A path level, and the other leading to the next B path level. If you wanted, you could hop from one path to the next in an alternating pattern. Gateways to the opposite path are much easier to find, but to find the next level of your current path, you need to play the whole way through.

On the final level of the S1 section, Ghost can only find one gateway - that gateway leading to the Hub. From here, you can pick the path you'll play throughout S2 - A, B and . After this decision, you cannot switch paths - if you were to pick the A path, you will play through the S2 section of the A path and get the A path ending, and vice versa. And, of course, the Hub level makes this mechanic very clear.

The freedom of S1 allows the player to explore their surroundings, get to know the environment and characters, along with experimenting with the gameplay. Once S1 is over, the player is introduced to S2 and thus begins a more 'serious' plot and storyline.

That's fine and dandy - it's always good to have the basics of the game covered at some point. But now that the gameplay is sorted out, what about the story?

Of course, I can't give too much away without spoiling aplenty, but I can definitely give you the premise. 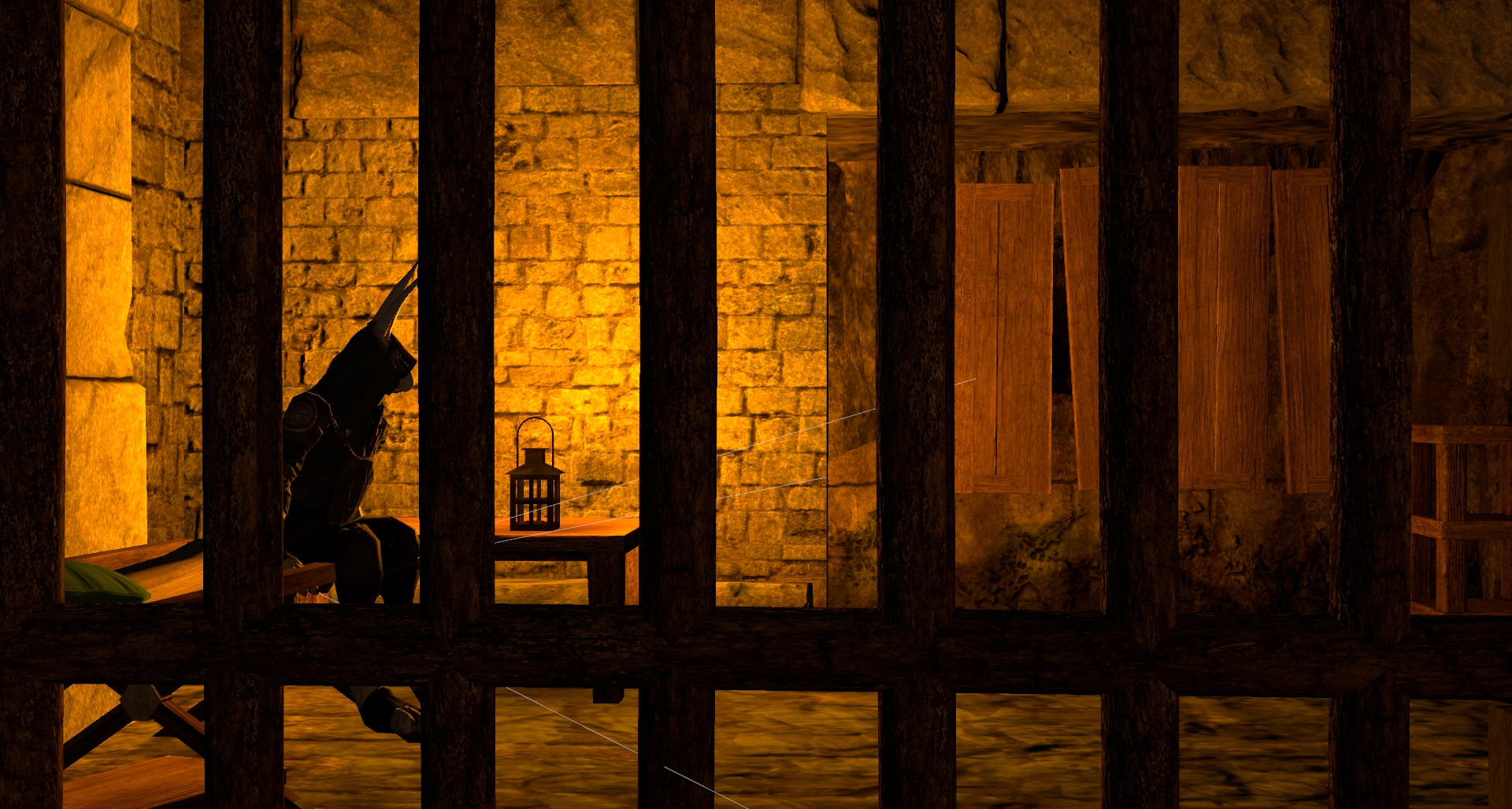 It's a chilly night in the Cinderbreathe Empry - 671, 40th of Spurhelm. A heavy knock arrives on your door: it's the guards. Without stating their reasons, you're taken by force and brought to a strange land; the stone grows, high as towers and nearly as sturdy in unnatural, sculpted formations. The spring air is cold, but the sun shines - not like you're going to be seeing it soon.

Prison is strange: stranger when you don't understand the circumstances. Save for you, not a single prisoner is held within the half-built walls of the prison. What goes on in the private castle within the Empry is unknown to the public, let alone you, but you can't help but wonder: why were you brought here, to a prison so recently built it doesn't house a single person? You can't remember committing any recent crimes.

The only life here are insects and busy guards, working with mallets, nails and wood panels: construction, and lots of it. The interiors are visibly unfinished: the ceiling is raw stone, the walls are stuck together and there's a very noticeable (mostly concealed) hole within your cell, bringing a cold and bitter draft...

In the morning of the 42nd of Spurhelm, a spotted white and orange fur arm pops through the thinly layered wooden boards of your cell, only to drop a key. Whoever the mysterious rabbit is, you'll have to thank him later. Now's your chance.

You need to escape and get back home as soon as possible, and by any means necessary. Your sister is waiting for you to return, after all.

Your journey began with the simple intention of finding home. It ended with the face of Preuwyn being changed forever.

Hopefully you guys aren't dying of boredom, impatience and dysentery - but if you are, I've some bad news. I probably won't be posting any more blog posts until something truly big comes around.