Merry Christmas, dear mod followers, fans, modders and developers! We've got very exciting update to share with you and believe us, it will make you wanna jump :)

Merry Christmas, dear mod followers, fans, modders and developers! It's been a while. After period of silence we are back and we brought some goodies! We've got very exciting update to share with you and believe us, it will make you wanna jump :)

Right now Project Remaster has been in development for a while and we must say that core mod is almost finished but we are still working on minor improvements what are essential to deliver quality content. Almost 90% of textures got serious overhaul but engine limits our as developers powers and sometimes we must accept not do everything maxed out in order to keep game stable. But it doesn't mean something was left very ugly vanilla texture.

But you might be curious why did we called update 'jumping man update'. Sounds like a very random choice right? But there's a reason behind it. A very serious one! TUERIX, our mod team wizard did something beyond magical that wasn't done before in refractor 2 engine. And this magic are jumping animations. Old battlefield games always lacked of this feature and jumping always felt clumsy and very unrealistic. But this is time to change this forever with Project Remaster. What is more, new jumping animations are very responsive to one's movements - it will react differently whether you jump while standing, sprinting, or walking IN ANY direction. Best applause to TUERIX for amazing feature!

But that's quite far not everything what we've for this update. Another new and not less important feature are dynamical sights animations. Made by TUERIX. Weapons will feel much more alive and realistic. New animations will help you to feel weapon's weight, recoil and power :) New animations have been applied to many different firearms.

Some people criticized project because we have shown no love to menu. However, we've got a serious response. Sgt_Prof, as texture artist got new menu retexture to show. Yet it's experimental, but fully functional. Some elements are scaled down to look more decent on large monitors. Plain and semi-transparent textures will never be stretched so they'll fit to any kind of monitor. Look at the pictures and let them speak it themselves :) 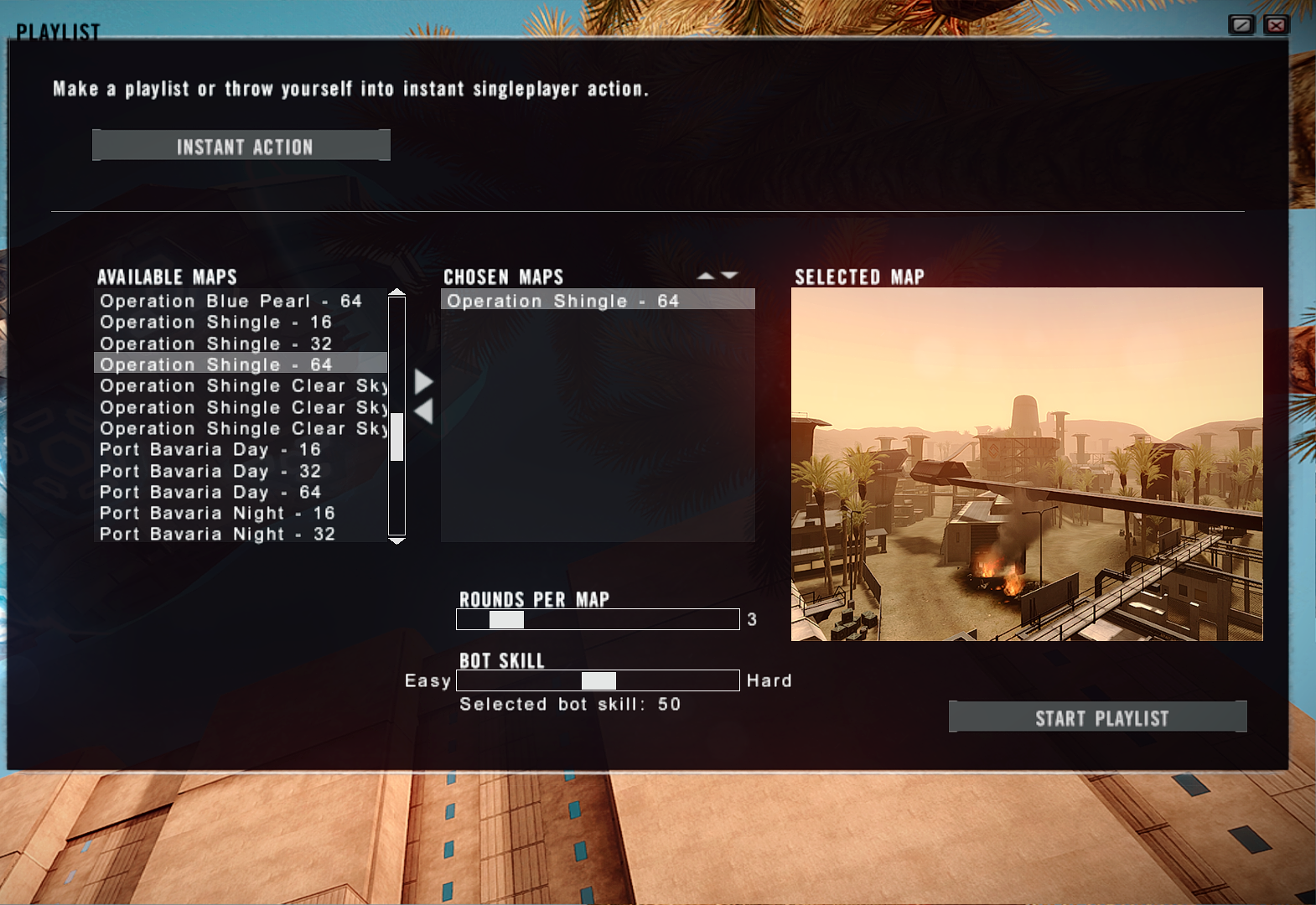 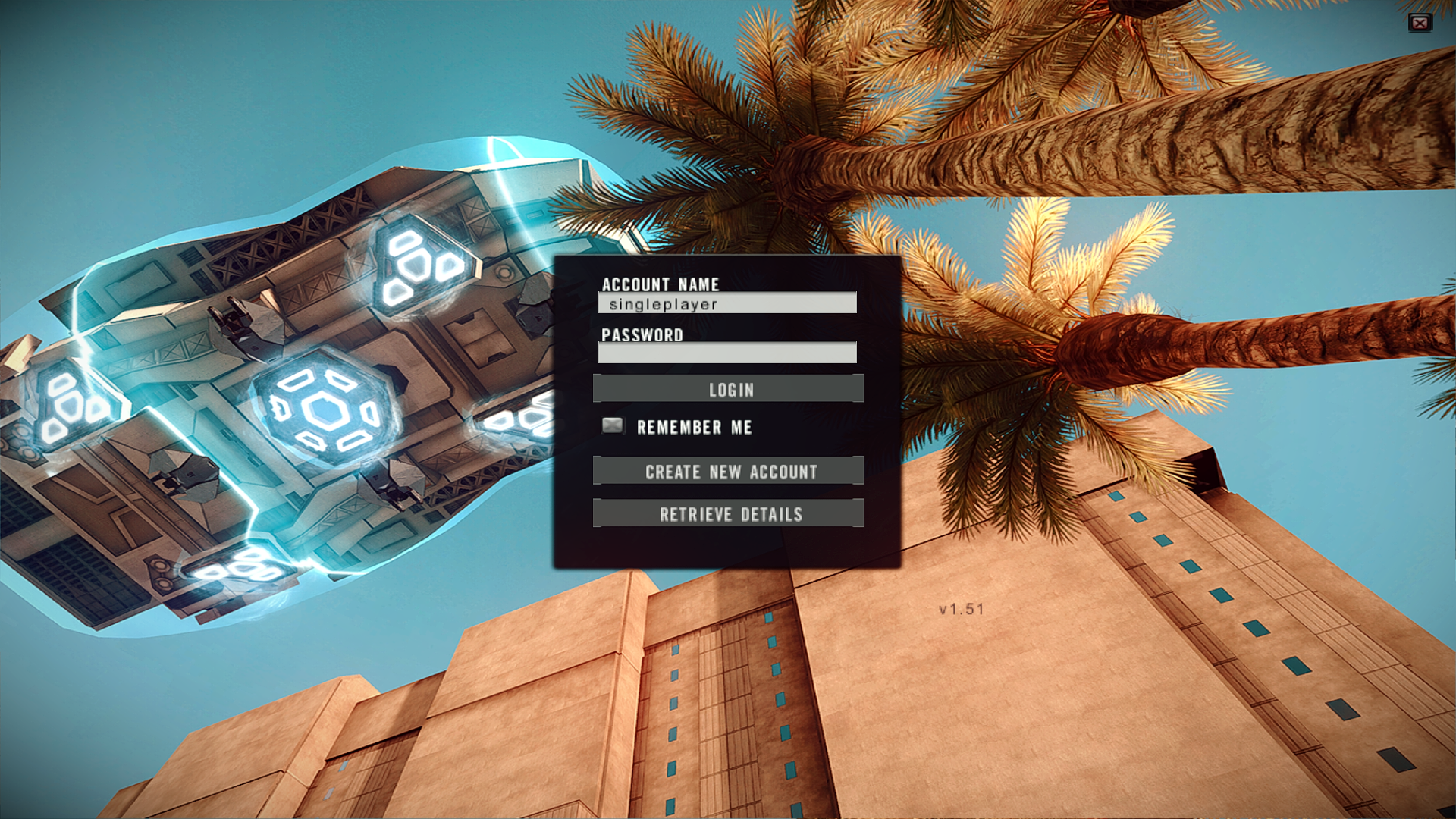 Jumping animation ? WoW I must see that O_O

It would be amazing if somehow a Battlefield 2142 SP campaign could be made.

It is possible to do something like that if we take inspiration from Omnicide mod and PZR for bf2 but will require a huge work and will not be perfect.

I think anything SP would be great. Heck, even something Frontlines: Fuel of War'ish would be interesting.

Yeah this is the concept :)

I tinkered with the idea a while ago. I edited AIBehaivours bots don't follow MoveTo orders, put up CP's along a linear path on a map, placed the enemy spawns along the path, and put them all on the enemy team. They'll chase you to attack once you're in range, but don't go for any captures and just wait if you're not in range.

This is already nice :)

Great to see that you're still also improving rather little details (which in the end aren't that little though) to give it a proper 'remaster' feeling. Thumbies up!

My body is ready

I ******* hate the side to side movement the guns make when jumping in vanilla.
This change is actually really good

Aw hell yeah, this tiny layers add a lot of feel and weight to the game. I really like it.

OMG !!! U need sell it on Steam, Origin,... like STAKER: Lost Alpha. It's gorgeous... Turn to a new Feature Of BF2142: Infinity War. Cant forget EA Game, they'r sneak peek about Feature of BF2142 in BF4, last year. That Why Revive Server be shut down.

Too be honest, if they could remove all of the EA and Battlefield branding. This mod could be standalone like project reality.

That is sick, can't wait to have a server running this and BFHD, 2018 best gaming year ever .

A question, I wonder if you are increasing view distance ? That gets annoying on today's monitors..

Yes, view distance has been increased on many maps :)