The December 2016 Failure: NeuroSlicers DevBlog. A closer look at how the Dream Harvest Team are making an online arena based cyberpunk RTS.

Posted by DreamHarvestGames on Feb 7th, 2017 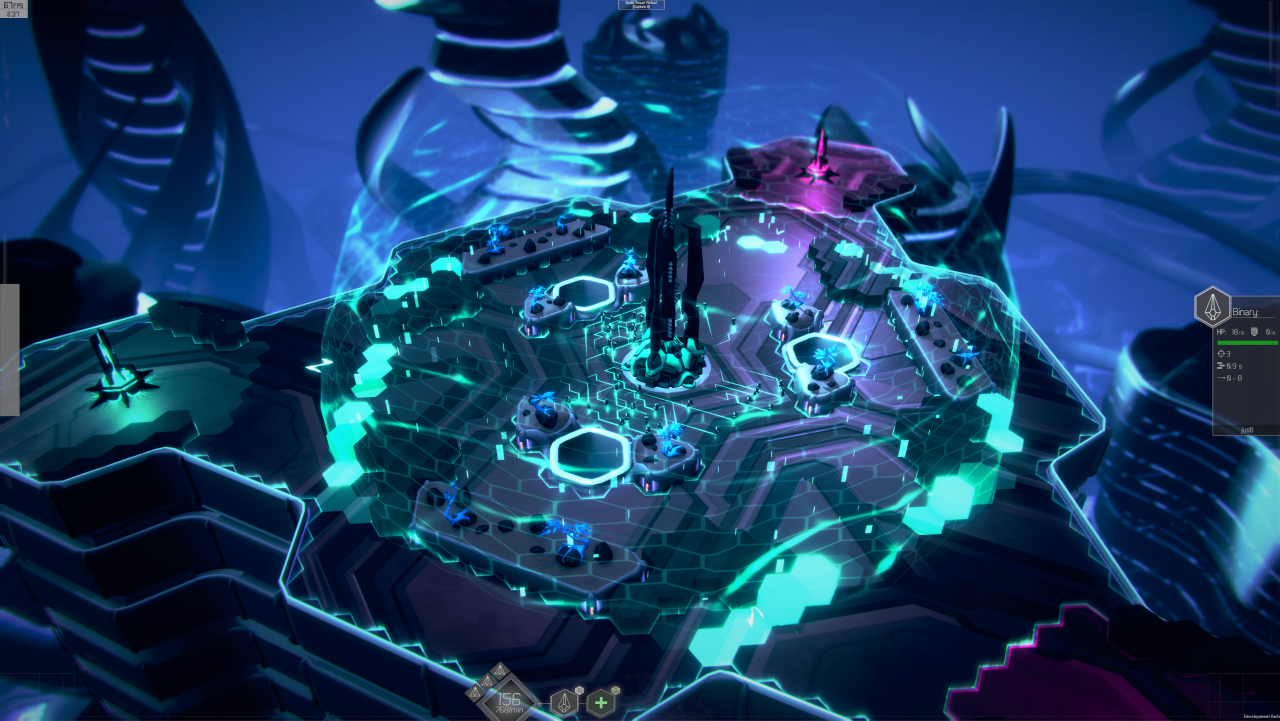 The past month has been really good fun as I got back to doing some sound design for some of the latest VFX that Kelvin has been working on. I also went back over the whole soundscape and gave everything a better mix in order to prioritize sounds that need to be heard over sounds that just add to the atmosphere of a level. Things are starting to sound great and I cant wait for us to be in a position to bring on the composer we have planned.

On the business side of things I’m still trying to raise more funds for the studio so that more of us can go full time; it’s a slow process with lots of emotional ups and downs, especially as just after Christmas I heard that the publishing deal we thought we’d be signing in January wont be happening till late February or early march…if at all – though we’re not going to let that effect the studio and game, we’re just going to push on and continue working toward creating the best possible competitive online RTS we can!

A lot happened on the artistic side this month, with different iterations on our first final prototype of environment, based around the 1v1v1 level:

An experimentation with indirect lighting: 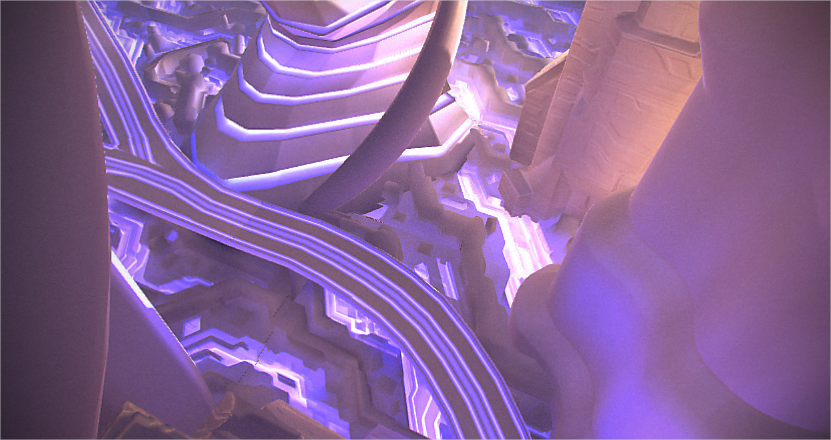 We started to create final models with animations for the units and constructs including the global objective of the 1v1v1 map, The Transmission Tower: 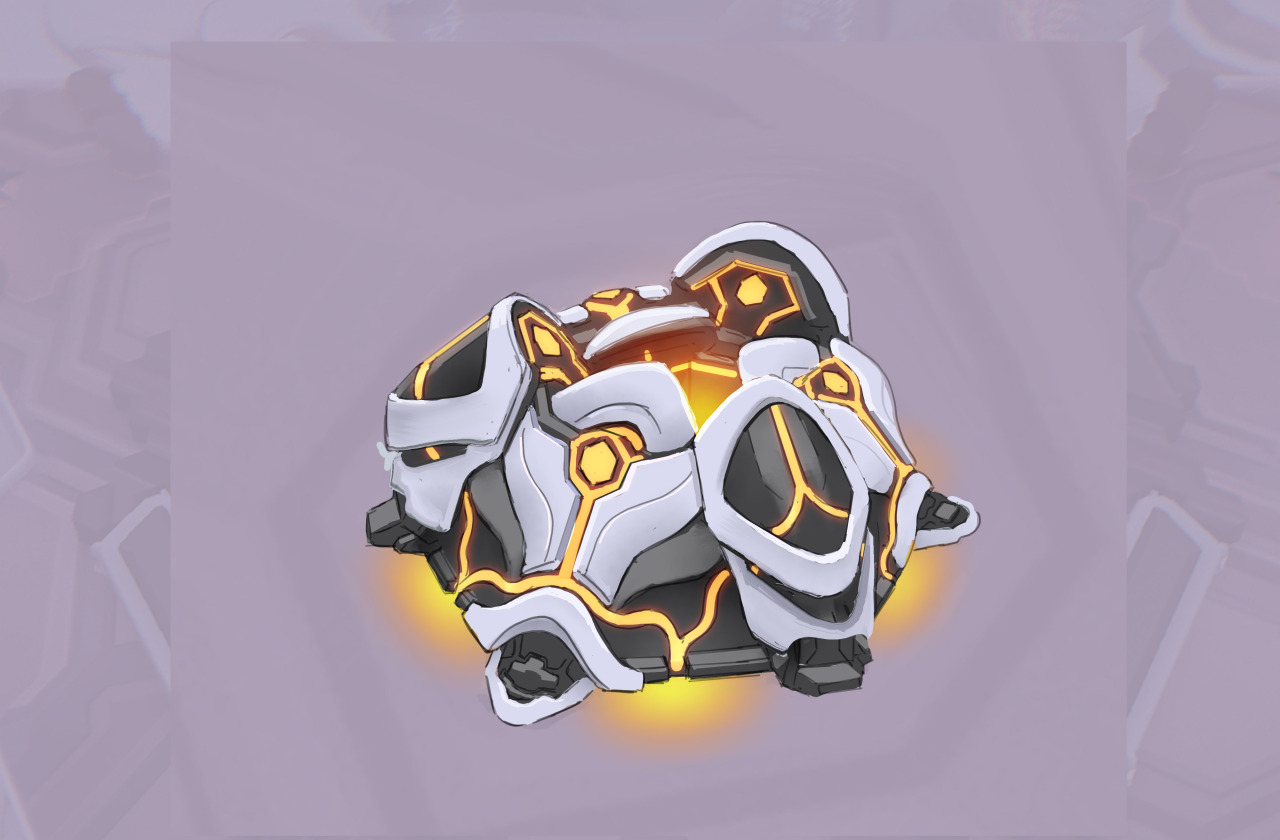 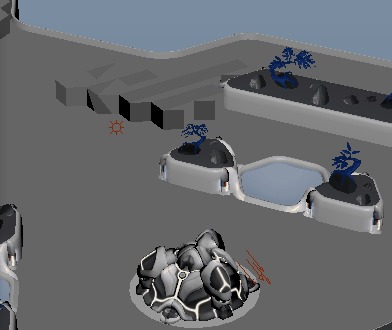 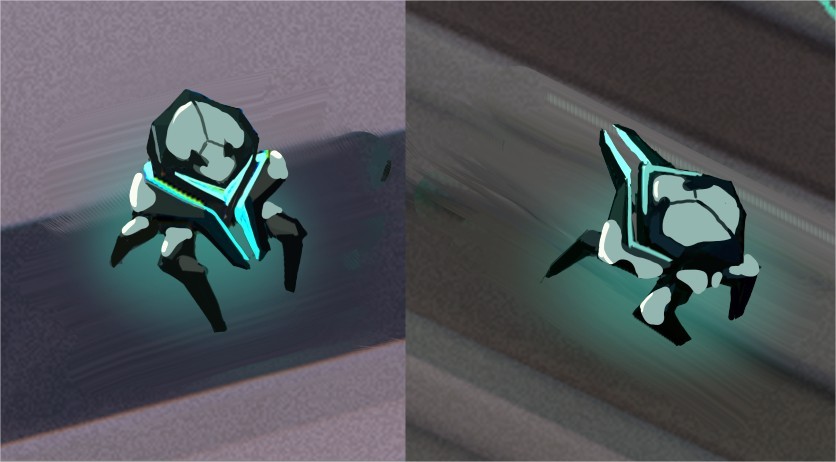 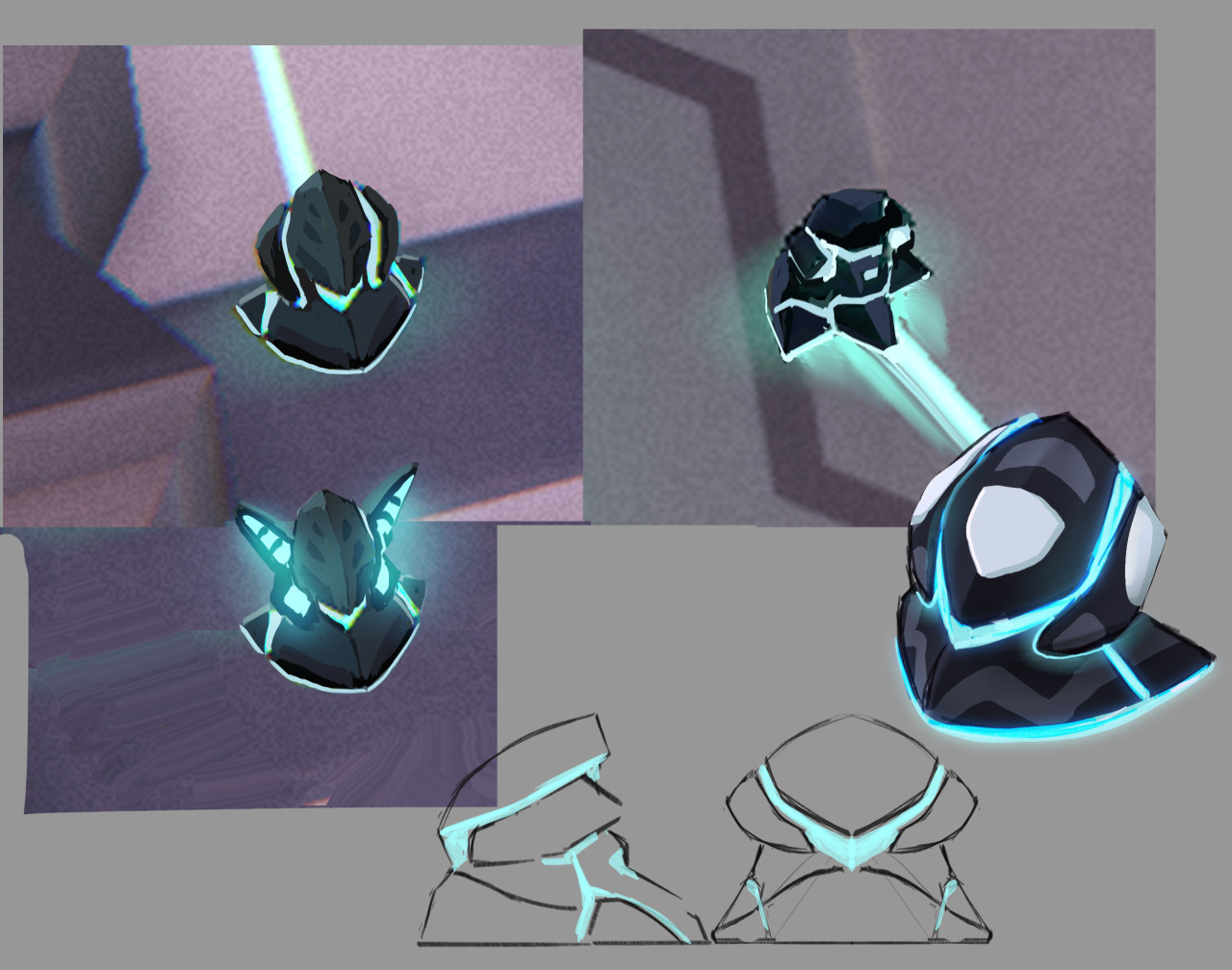 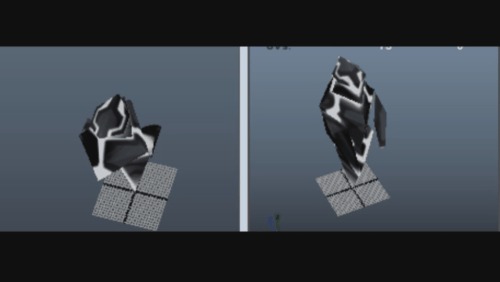 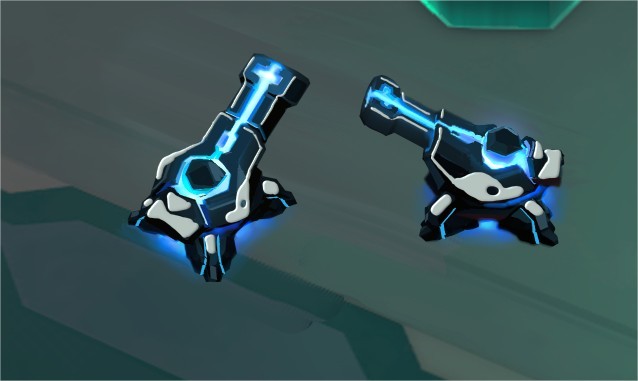 These animated and textured models dramatically improves in game readability along with the vfx, but there is still many tweaks that will be done to improve further the global aesthetic of the game, mostly on board elements like interactive blockers, these tiles you can raise as you wish.

So, what I’ve been up to last month. Let’s see with all that Christmas and new year stuff my memory of the beginning of December is a bit blurry. I think I was still working on some server stuff and working on some graphics stuff (like the border generation I talked about in the last newsletter. 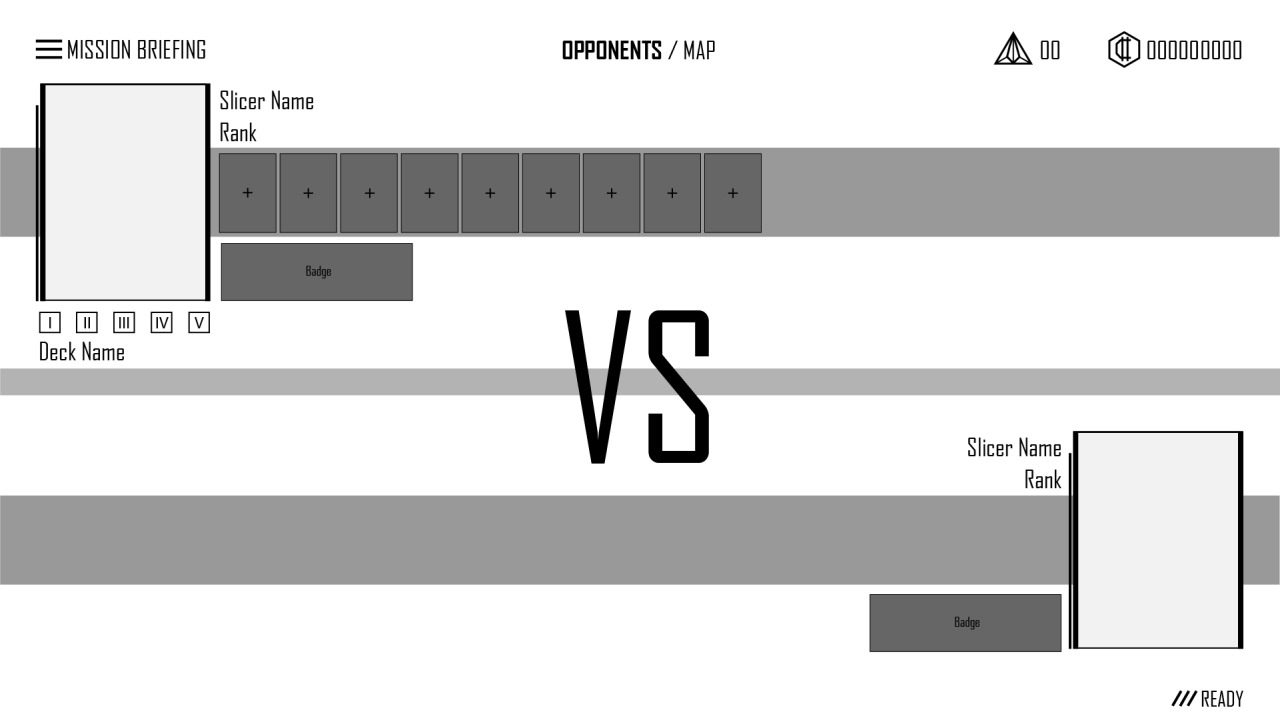 Recently I started working on the menu UI (Everything you see here is just quick wireframes that Justin put together to get a basic idea of screen / menu content needed). Specifically the options menu, which was build to make it easy for us to add new options without having to do much coding, ended up using lot of reflection. As I’m not a big fan of using reflection (or rather of doing stuff at runtime that could also be done at compile time) I then took a look at generating code with CodeDOM. So now I’ve a nice system in place which uses the Unity AssetPostprocessor to detect when a relevant file has changed (which isn’t great as I really need to know the filename, would prefer to actually detect when a class has changed) which then triggers the generation of code for some other classes. 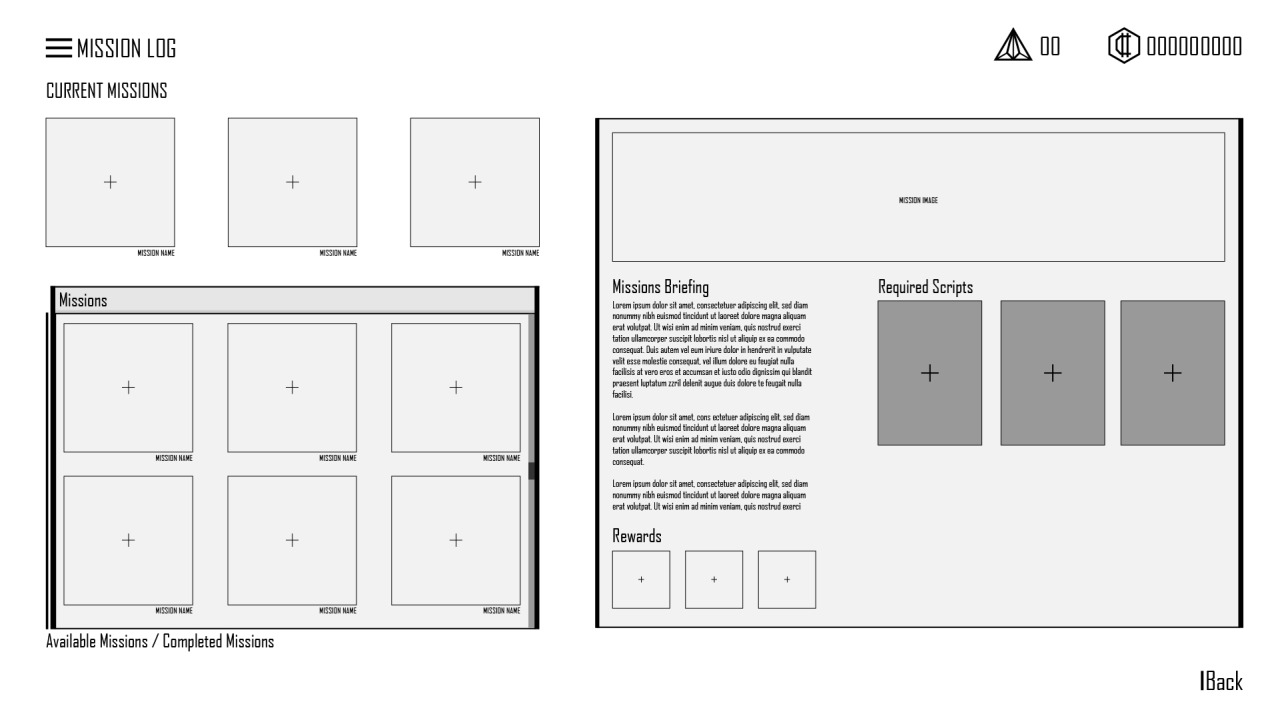 Right now I’m working on the layout/design which turned out to be a bit more complicated then first anticipated due to the large amount of information we want to show in some screens and the fact that some people still using screens with a ‘low’ resolution (would be so much easier if everyone would have at least a monitor which can handle full hd). 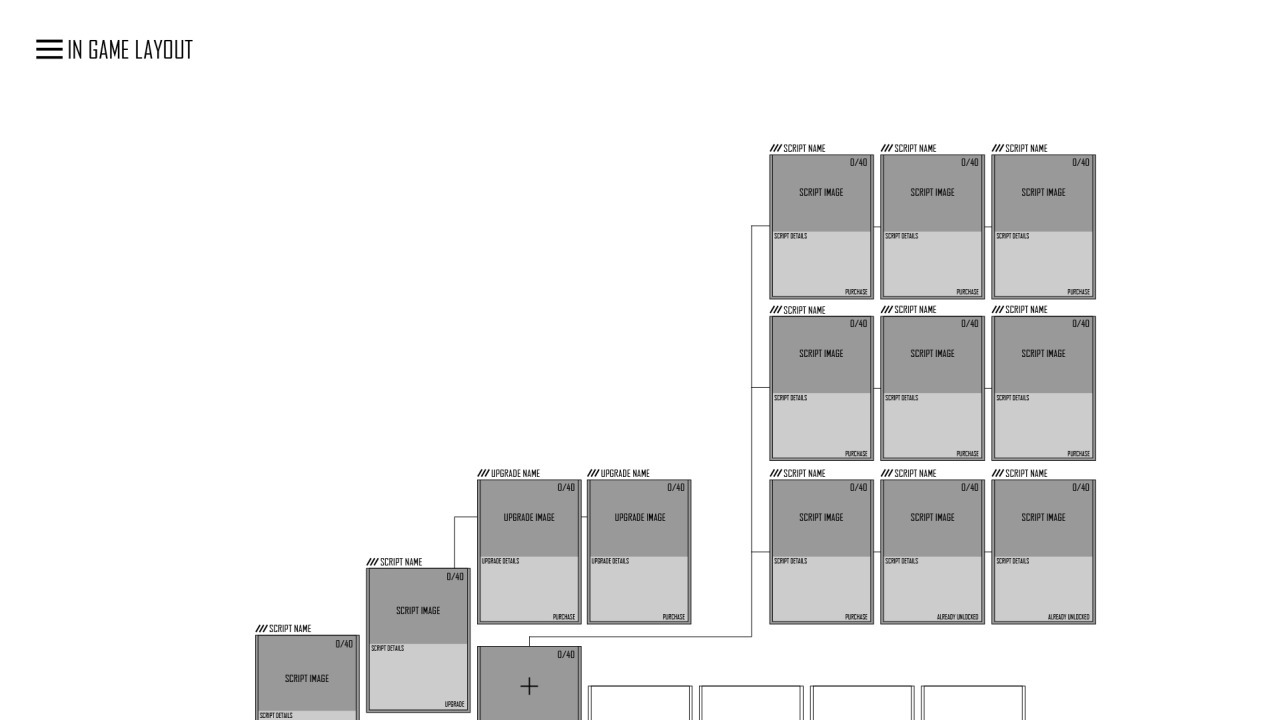 I hope I’ll have some nice screenshots of the menus soon, in the meantime, here are some quick wireframes that Justin put together; they’re not representative of how things will actually look, but instead were designed to give us a clearer idea of potential information needed for each screen. 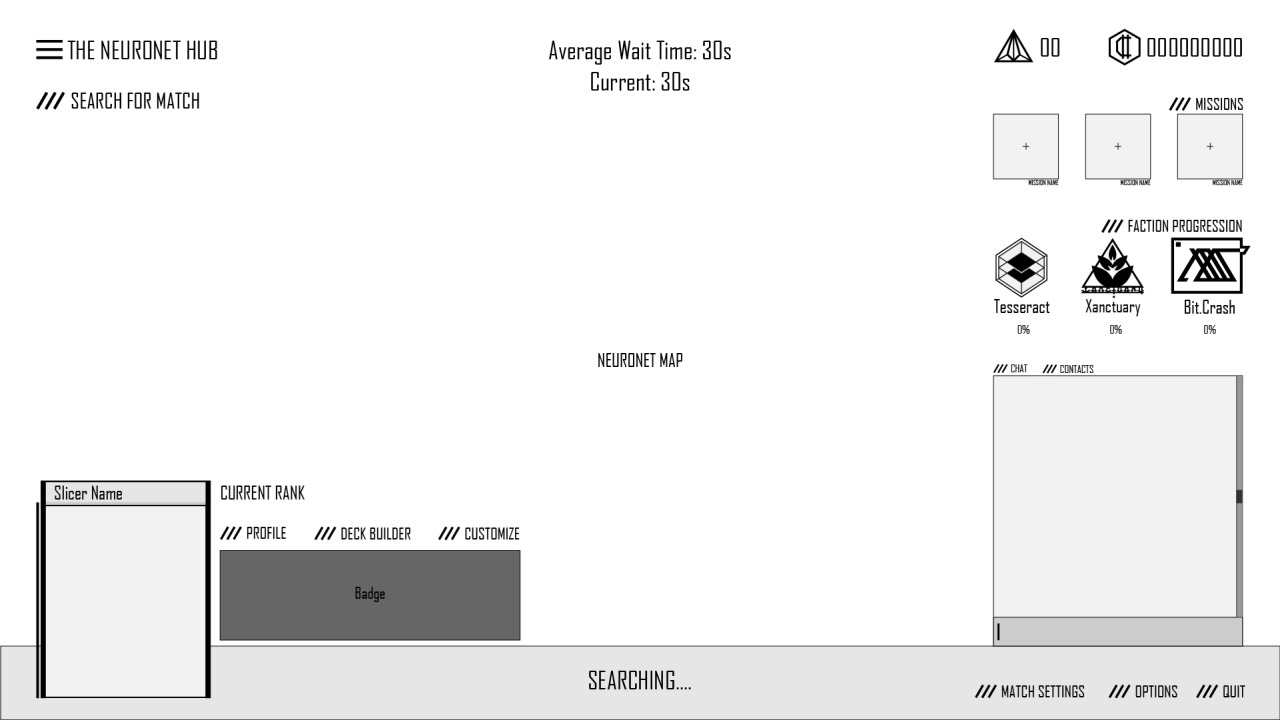 This month I continued on unit attack Fx with the binary and the spectre, which one needed a cloaking FX and create an EMP, that needed to be designed to clearly evoke an offline state on the affected element, that can be a small unit to a big construct.

Then I moved to two bigger FXs, that are the access node (the player’s base) destruction, ending the game, and the first global objective, both needed to look massive and powerful on the board.

I then quickly helped Loïc on final asset creation with texturing on the artillery model.

The last month was mostly made up of my lovely holiday back home in Bulgaria….at least it would have been if it wasnt for Justin cracking the whip and making me work….a true slave driver in the making he is, though it does mean that I have lots of things to share with you lovely people.

After a lot of playtesting we felt that the single in level resource reduced the number of tactical decisions that players made, especially in terms of when and what scripts to unlock and upgrade during a match. We were noticing that players would often very quickly unlock all their favorite scripts way before they were actually needed rather than unlocking each in reaction to what an opponent was doing. With this in mind we decided to introduce the tech resource.

The Tech resource is currently unlocked over time and there are a total of 3 tech points. Different scripts and upgrades cost a different amount of tech to unlock before a player is able to spend Data, the other resource, to actually play them. We’ve found that with the introduction of this system matches now feel much more tactical and you really need to think carefully about which script to unlock as it can make or break your strategy.

We’re now exploring other ways in which players can earn more tech other than the time based system.

With the waypoint system we wanted to introduce a way for players to give their units an initial objective rather than purely relying on placement and the AI. We found that during especially complex moment in the mid to late game players would want to have a bit more control over how they use their units to strategically take out key enemy buildings and this was a solution that we felt did not encroach on our original design too much. It’s still WIP and might not make the final game, but more testing is needed.

The Spectre Unit, Cloaking and Harrasing

The Stealth mechanic introduced with the Spectre has begun to progress. Moving towards a simpler ambush version, in which it attacks units out of Stealth rather than targeting the closest Constructs. The original mechanic was very different to other units whilst also requiring either micro or easily abused stealth detect placement to counter. Testing will prove whether the simpler version reduces frustration levels or makes the Spectre’s a less satisfying harass option.

And now that you’ve been educated on the matters that are important, it’s time to let you free to wander this world, all the wiser.

Until the end of time, 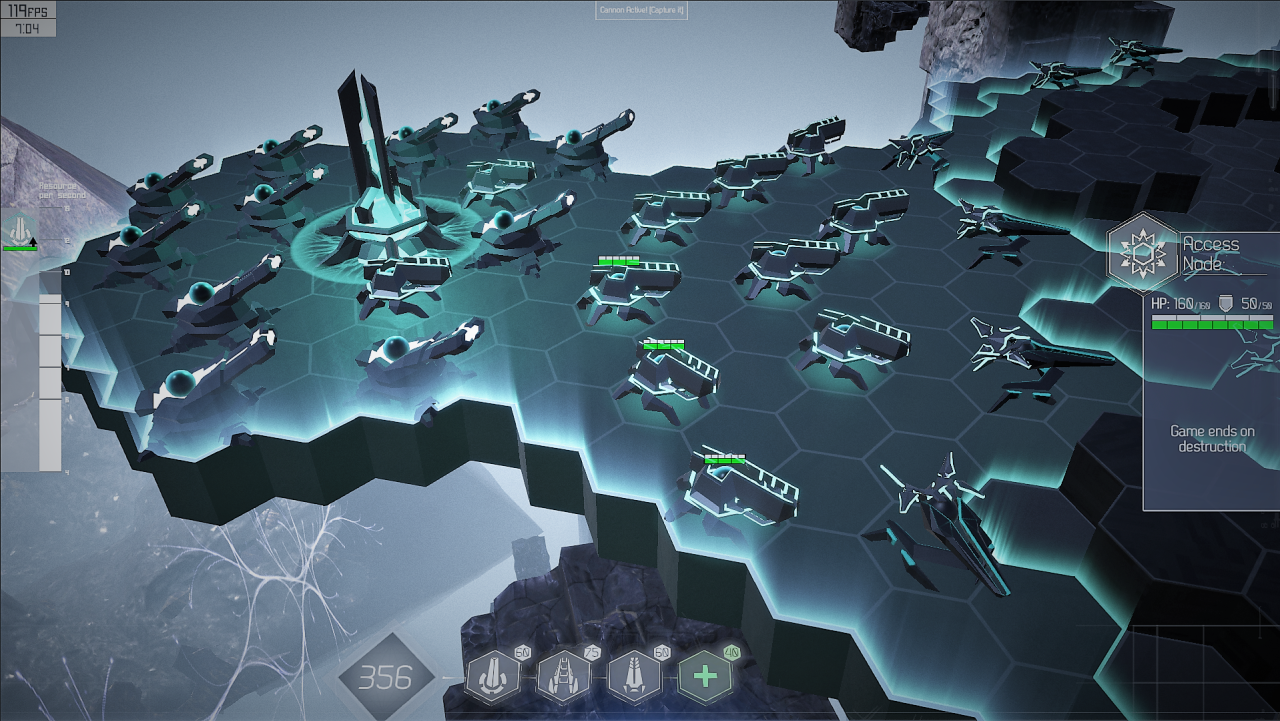 Well I’ve made it out of bed from between coughs and shivers to send some words to your – must I say – rather beautiful eyes. Now the flattery is over and I’m look longingly at my bed let’s move on to Failure!

Our focus is once again on new Scripts, with new concepts in their initial phases before the “tappy tappy codey codey” begins bringing them to life… Just so you know, not my words, it’s what Milcho says as he codes. Some are based around increasing player agency over neutral tiles whilst others should add more varied economical options. We’ll start seeing some major changes to our over-all strategy as we move forward.

Other than that, I got a blanket for Christmas, along with a hip flask and whiskey, I guess my family are practical and want me to be prepared for the streets, my thanks to them. To all you fine folks, Happy new years and… damn, still don’t have a sign off phrase, I’ll think of one next time… Just you wait.

Dont forget you can read all future
and previous issues by heading to: