If you're reading this, it means the world has not ended. Yet. I guess it depends on the time zone, but we're probably in the safe zone here where I'm posting this from. Or wait, is it supposed to happen at 20:12? Or maybe 21:12? I wasn't told about the time factor! Either way, time to summarize December updates and the year in general.

First of all, thanks to everyone who voted for us in this year's ModDB Mod of the Year Awards. We are in the TOP100 mods for the 3rd time in a row and 4th time in total, for which we are very thankful as it shows how dedicated our fans are and that our work is in fact appreciated. We'll continue to extend Red Alert 2 Yuri's Revenge lifespan with this little project of ours, hoping that you'll enjoy it when we finally release Mental Omega APYR 3.0. Two pictures with new units were made as MOTY promos.

Unfortunately, 2012 was not the year of 3.0 despite my best intentions to make it such. The reasons for this are simple: the mod was not complete this year and the requirements for a release have not been met yet. I've made certain decisions regarding the first release of 3.0 but it all depends on factors I have no control over. Development of Ares DLL is one of them, so if you're a YR modder and haven't supported/tested this great DLL yet, what the hell have you been doing all this time? Fear not, Mental Omega APYR 3.0 is very far in development and will definitely be released as soon as it is possible. Yuri's almost perfect revenge will happen. 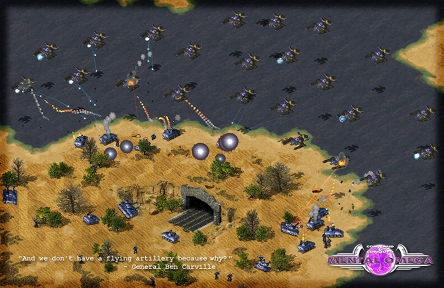 The voice over stage of our project is turning out to be a great success. Out of 61 new units, we've managed to collect 48 recorded sets for them. The following is the second sample set of new voiceovers. You can still find the list of lines for "unvoiced" units here, so if you're interested in voicing one of the units for Mental Omega APYR 3.0, give it a go. E-mail: mental.omega.apyr@gmail.com

The new infantry unit shown in the Voice-over Showcase #2 is the Cyborg Prototype and is one of the new stolen tech infantry available for the Soviets after they infiltrate one of the enemy Soviet laboratories, be it Russian, Chinese or Latin Confederation's. The unit is supposed to mimick Renegade 2's Cyborg concept but you can see obvious connections to another unit from the C&C saga as well. 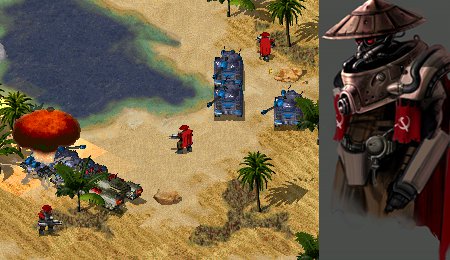 Epsilon Structures are up. Also, the Soviet Units page has been updated with a profile for the Soviet-vs-Soviet stolen tech unit: the Apocalypse Tank. This behemoth of a tank makes a return in Mental Omega APYR 3.0 with more firepower than ever.

We'll be doing tutorial missions for 3.0, we've also restored and updated the original two boot camp missions from Red Alert 2. You can also take a look at a preview of another new mission created by RP and lovalmidas, Soviet this time. 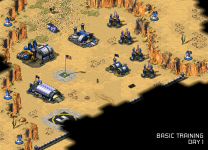 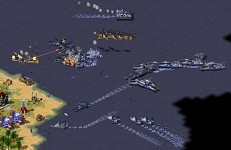 A new wallpaper has been added to the Media section. I totally have to make myself a shirt with this! Here's a poster version. 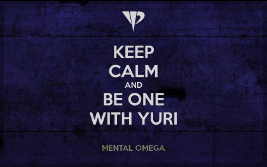 Here's another blueprint for the installer! This time, featuring me Speeder Trike. Model of the Trike was created by SecondWtq, art by Banderi. 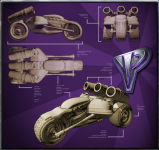 That's all for this year. Best wishes for New Year 2013! Stay tuned!

Edit: Quick question, will the Gamemode that enables all the sides units still be in the game?

I'm sorry if this' just making you repeat what you said, but I'm wanting a bit of clarrification; does this mean that there won't be a mode where if you choose a Faction (say, Yuri) you will get everything in all the subfactions? If that's true, can you clarrify what you meant by the first sentence?

There won't be a mode in which you can play as Epsilon with all PsiCorps, Scorpion Cell, Headquarters objects (etc.).

Thank you for replying so quickly; I've been interested in this mod for years now, and I'm really glad that so much is being done to continue it, where other mods (such as Purple Alert and Mashup) have been concluded, with or without the issues of each respective one. I'm definitely getting this mod once it's up and out in version 3. :-)

If that's the case, then which subfaction amongst each major faction will the game choose for you when you select that game mode? Or do you mean that you can't play as only one faction with all subfactions; rather you have to play as all factions and each of those will have all subfactions? Sorry if I don't sound clear, but if you don't get any unique units from each subfaction, you will have huge gaps in your arsenal as most upper tier units are sub-faction specific.
Sorry again if you have to decipher whatever I'm saying.

The side you will choose will get all its subfaction specific stuff, and will be forbidden from other subfaction stuff, no matter what game mode.

i nevuh asked for this D: i love that cyborg prototype thing

Keep calm and be one with Yuri...

I have a question; recently, I've gotten the Command and Conquer: The First Decade package, seeing as legally obtaining Red Alert games is difficult otherwise. However, when I tried to use the mods (or rather, any mod) with the games installed, I found that there was an error in the mod's launching. I since found that the games all launch from The First Decade itself, and that each game is not a seperate...well, game.

Is there any way around this that anyone here knows, or will this be taken into account for future releases?

In the first decade folder there are folders for each game, inside them are the .EXEs of each game. Use them directly or make shorcuts of them to bypass the launcher of TFD