Deathkings: The Return (episode 1) has entered the testing stage. The level redesign part is finally complete and now, gameplay balance testing is under way. Check out the features to look for in the release version!

Friends, Fans, - and other Warriors of Hexen - i am glad to announce that Deathkings: The Return (episode 1) has entered the testing stage. I can not really call it a demo, even though it includes only the first 7 maps so far - cause demo is something that is an underdeveloped beta-stage sub-sample. This, ladies and gents - is not. This is a fully developed and completed first episode of the game, with all the features intact and polished to the desired level of quality. 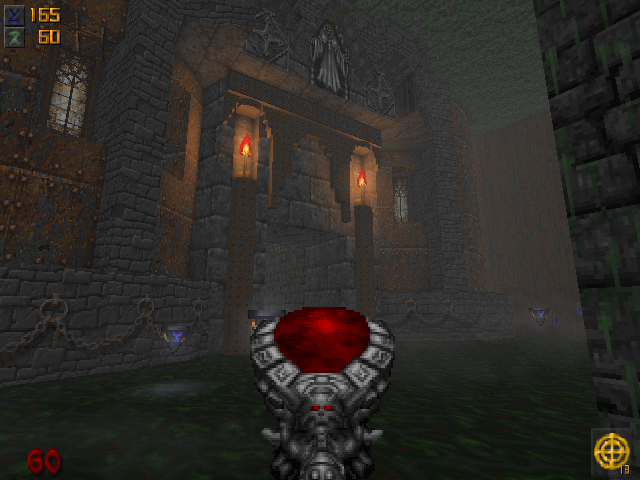 Here is the rundown of the most important changes and features to expect:

Design: Deathkings:The Return aims as high as possible in the decorative approach and attention to detail, - leaving even its predecessor - Legend Farewell Edition - well behind. Level design modification truly goes into overdrive in this mod. Hexen II, - beware: this mod-maker is on the case!

Gameplay: stays true to the roots of Legend Farewell Edition and its school of combat, hitting hard right at the start. If you expect a leisurely stroll while clobbering useless Ettins and sipping coffee - better find another mod.

Mechanics: the original Deathkings used some rather awkward mechanics, stemming from a lazy design: respawning between 23 and 30 monsters from the in-level array every few minutes. Well, not anymore. Deathkings:The Return has finally solved the riddle of how this travesty was constructed - and now, that outrageous swindle was dismantled completely. Enemy respawn was pinpointed and cut to about 15 percent of what it was. So expect a rather traditional, Hexen-esque action adventure - along the lines of Legend Farewell Edition. Not a constant respawn-cheat-fest..

Styling: Deathkings: The Return uses a partially different texture set, thus departing from Legend Farewell Edition thematically into further design directions. Also, The Return embraces my techno-gothic ideas, the beginning of which could be seen in the Vivarium level of Legend 8.33 - but here we are going further...much further. Basically, some levels will showcase how 1994 Doom would have looked like - if it was made by me :-)

Combat: almost all battles in the levels had to be redesigned from scratch, cause the original fight planning and enemy arrays were extremely boring and lackluster. Legend favorites: Stalker Leaders and Reivers will lead assaults against you at every front. And they will be joined by a few Legend-traditionals, as well as a couple of new ones. While fighting - tricks of the trade that are a staple of Legend-FW combat style - are a must have, right from the first minute of the game. Expect challenge and a good share of old-school traps, not unlike Doom 64... Even a very experienced Legend players, the patient and tactical kind - may fall.

Storyline: magic and technology tempt our heroes with new adventures and the promise of power - as the world of Hexen veers into an unexpected, yet a much welcomed direction, including story screens and a proper ending. Unfortunately - and unlike Hexen - the original Deathkings storyline is nothing but a boring regurgitation of the same text, which kinda resembles a restart prompt in Microsoft Windows, rather than an epic tale... But no longer!

Puzzles: 90% of the puzzles are retained as they were in the original Deathkings. One exception for this episode - is the Brakenwood level: it has some truly insane remaking and rebuilding of everything - so the level plays nothing like the vanilla, times 10. The first part of the puzzle for this level is intact, but the second one has been altered. Nothing too difficult though... 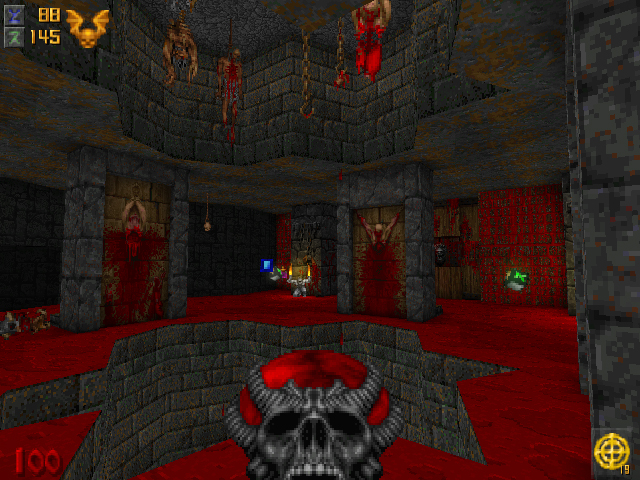 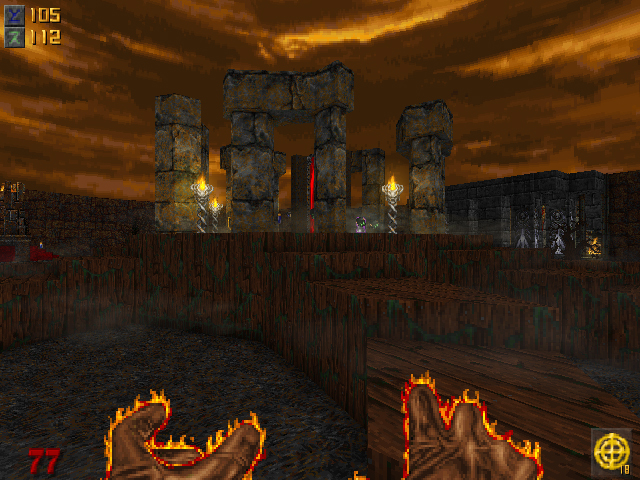 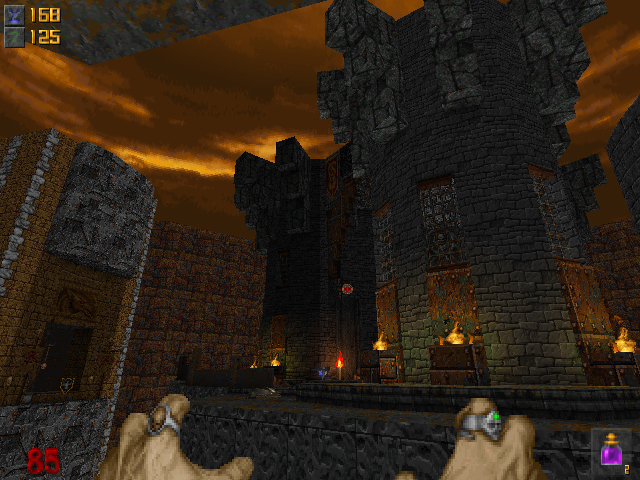 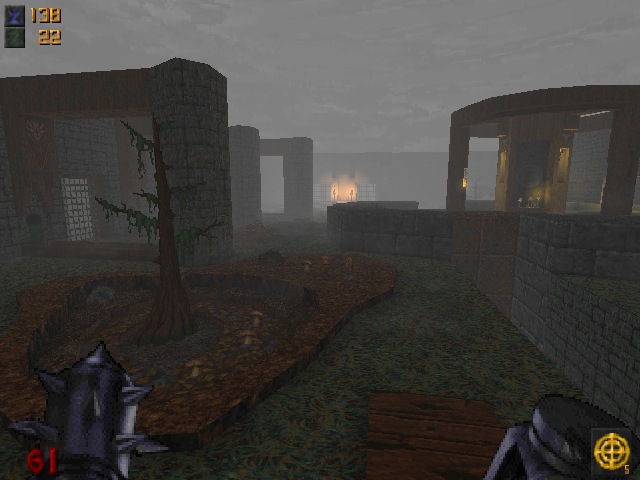 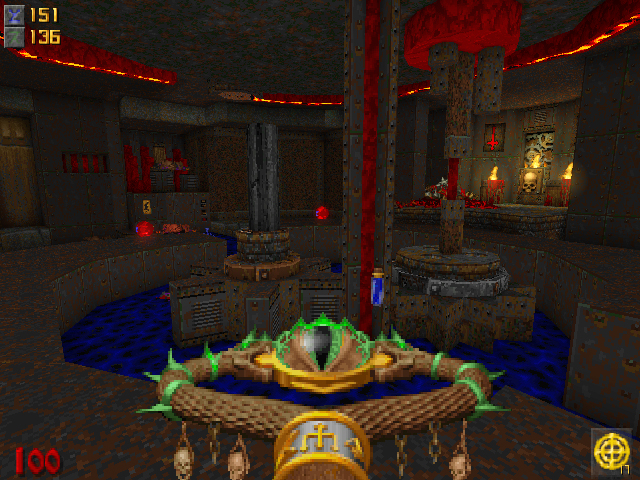 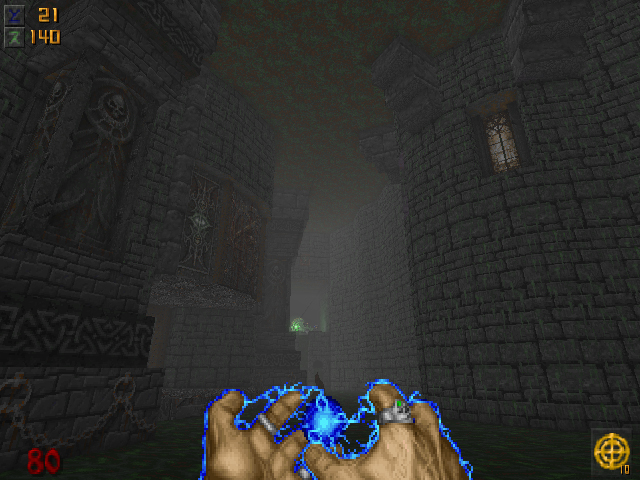 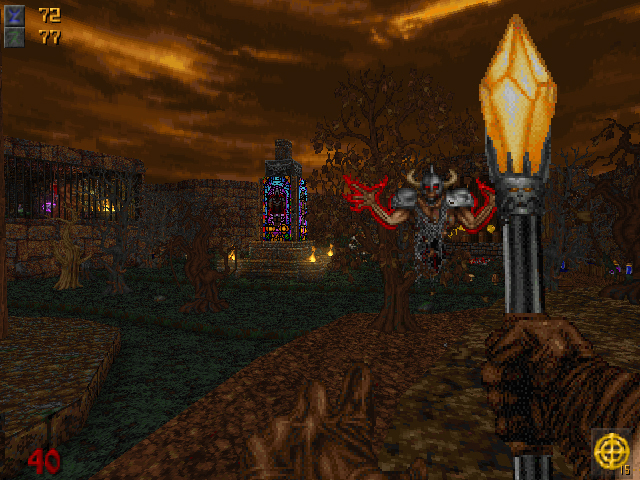 Most likely, by the end of June - a confirmed ETA for the first episode release will be issued. And that, in turn - won't be far from it.