Now that I have got most of the core featues finished and bugs fixed in previous updates.
I have finally been able to work on your wishes and requests!
So this is what many of you have asked and wanted for! A BIG Hero update!
Featuring: Hero Levels,Abilities, New Heroine and more...

Also I have made more researches available so that there would be more options how to
play some maps or how to start building your base. I made the tutorial even more better
and added a new world generation in random map survival: Oasis.
Let's take a closer look of the changes. 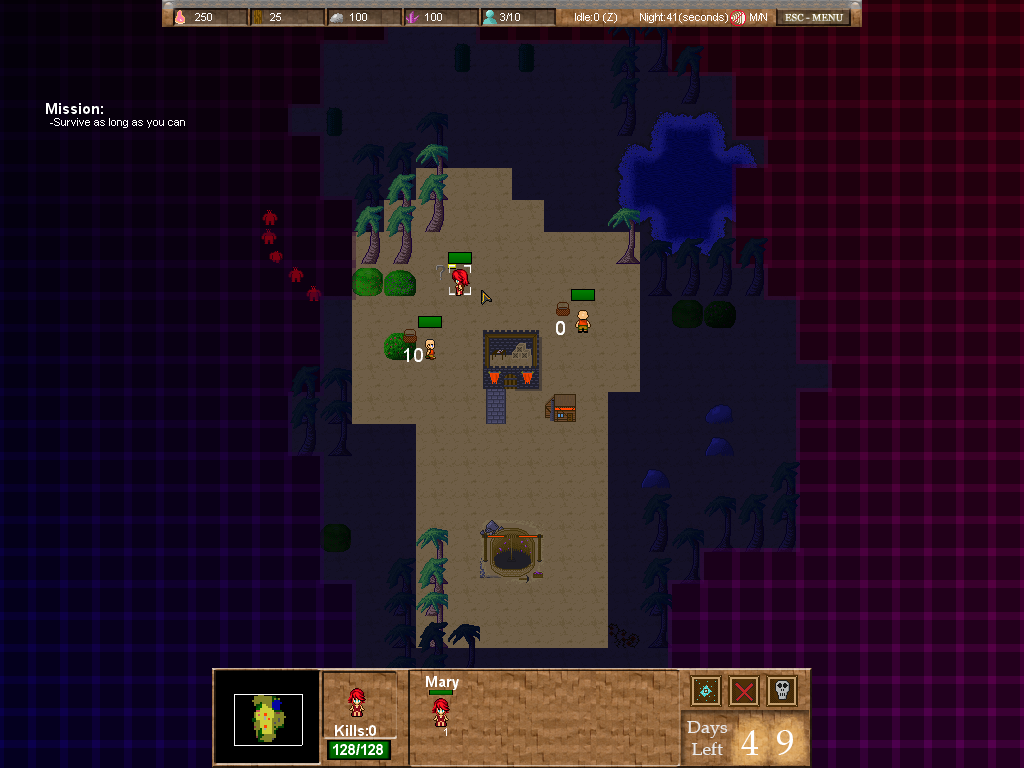 New hero:
Many of you have asked more heroes so here is Athena new heroine.
She is melee heroine and she does extra pure damage to large monsters.
She has more hp and armor than any of the other heroes and she has the fastest attack speed.

Portrait of Athena, got the idea while I was on holiday at Crete

Hero levels:
All heroes can now level up. They gain full experience if they kill unit and quarter experience by standing next to dieing enemy unit. Hero Level, Exp, Kills and Deaths are saved on txt file when closing the game. Hero levels are permanent.

There is a new hero select screen where is more info about heroes and it looks much better than the old one. Every level will boost heros stats: Hp,Damage,Armor and Armor Penetration. 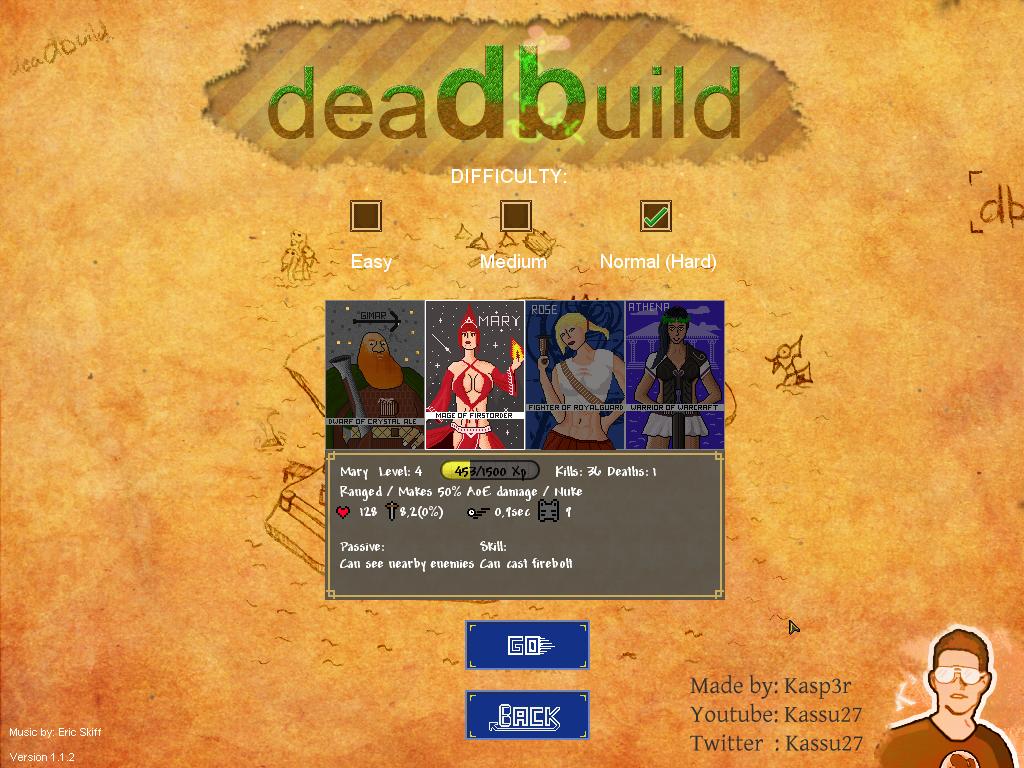 Passive Skill:
When hero gets to level 2 it gets a passive skill what is always "on" you don't need to use it.

Gimar: Can mine rocks.
Mary: Can see nearby enemies trough fog.
Rose: Boosts nearby villagers work speed.
Athena: Starts with extra warrior and -2 to population.

Active Skills:
When hero gets to level 4 it gets a active skill. You use it by pressing (A) or Skill button where Build button would be. Active skills have unique cooldowns.

Athena and her neat blink skill

3 New researches. I have been playing a lot of the Age of Empires II HD what I bought from Steam summersale, ah classic. And I tought I could make more researches (Aoe has pretty many). With the new researches I wanted to give more options for players to explore how they want to play the game. Also all researches now show a time:xx how long will it take to finish the research.

You can now choose between Grass and Oasis maps in Random map survival.
I played with the perlin noise generation and succeeded to create nice random Oasis map generator.
It gives now much better feel to random map now when there is 2 where to choose.
In next update I'm looking for adding Snow map Generation; maybe boats, docks, fishing, walls, gates and town cetners? 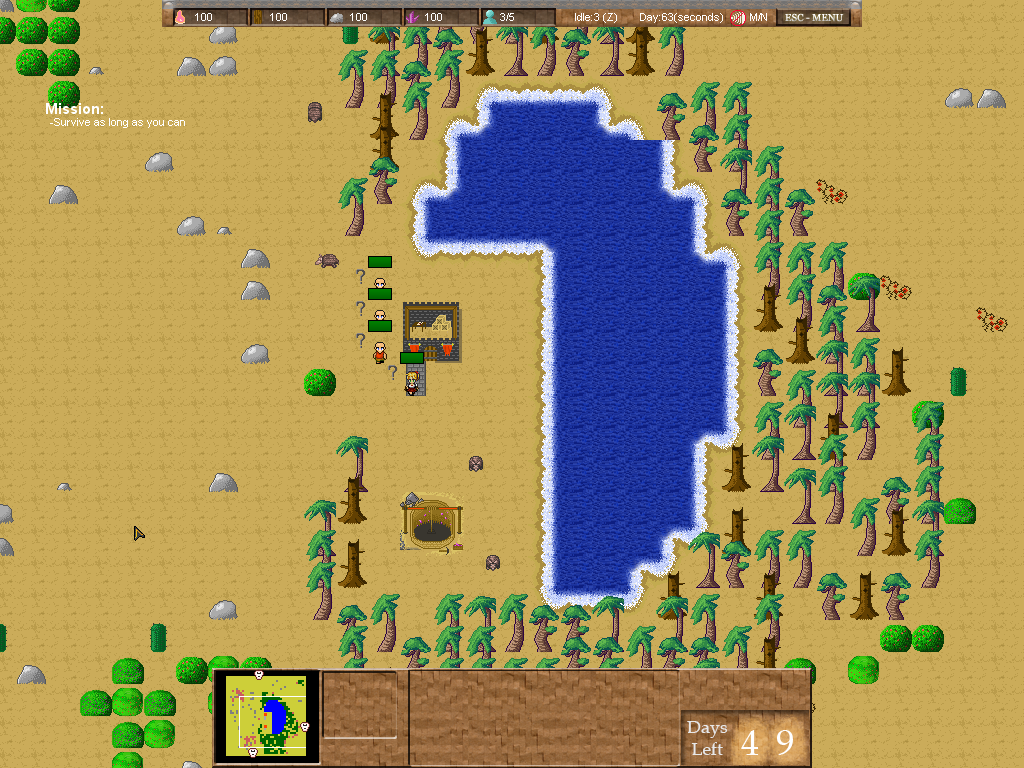 Last update I made a new playable tutorial what was 100x better than the old one.
But I heard that the new tutorial did not really told you what these things do.
You were just told to what to do. So I added these cards what tell you that now. 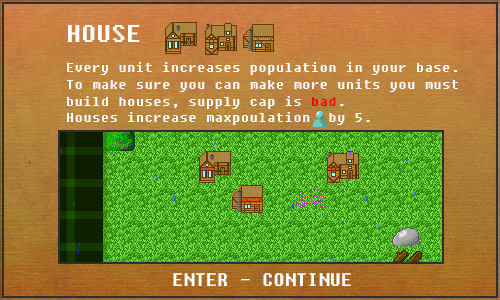 7 new cards to help the player understand what is going on ... hopefully :D

The game is hard, I know and so it's supposed to be.
But I want that everyone has a chance to learn how to play.
So here is now 3 difficulty levels: Easy, Medium, Normal (Hard)
Easy is the newest mode, you have more time and more resources available.
Medium and Normal are just renamed from the old modes Easypeasy and Medium.


If you have enything on mind leave a comment and enjoy db!