What do you think the title says? Come on in, download the mod, and give it a try!

All right, gang! Straight from a galaxy far, far away to your PC comes Dark Times II: Rising Son.
Rising Son is the successor to the original Dark Times mod - it's not really a sequel, but it's much more than just a small version change. The original Dark Times mod was a mod designed to add some variable aspects to the game along with several changes made to enhance the singleplayer experience. Rising Son duplicates and elaborates - all the original content is there with many new features added to the mix.

Rising Son has all the random heroes and units of the original Dark Times increased by more than twofold, and spread across two distinct (but randomly chosen!) time periods. Rising Son, in addition to increasing the number of single-player wave modes, has several new game modes added - Control mode, V.I.P. mode, Space mode... and more! Rising Son adds a 16-mission single-player semi-linear campaign. Rising Son adds 16 new maps, the majority of which load in random environments each time you play.

Need more information? Be sure to check out the previous news posts, which have covered nearly every feature of the mod in detail.

Also, keep in mind that the download will have several pieces of helpful documentation, should you have any questions. Enjoy! 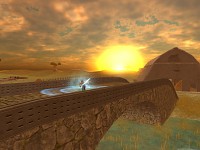 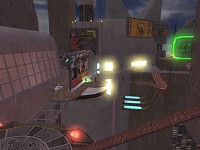 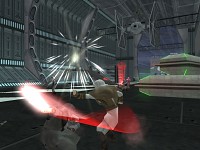 then get it for PC, besides, X-box is the worst console there is.

xbox is the only console choice there is, with the PS comes a limited library of crappy games and a crap network to play on and now no option to install a secondary OS its worthless, i mean you cant stream anything over 4.0 gigs because of there BS fat32. i wont even talk about the Wii.
PC is king of course but since were talking about consoles Xbox is GOD.
Your mod is great sorry about the rant

Really? X-box is god? i think not. I have not heard one story about a Playstation cutting deep lines in the disc, i have not seen a single video on youtube about "how to fix your ps3" you know why? the ps3 does not have any of those problems unlike the x-box thank you very much.

that aside, the PC is king no doubt there, and this mod is great.

Can I delete the original Dark Times when I install this, or does it have to remain in my addon for this to work?

You can delete the older version; this will replace any parts of that. This is covered in greater detail in the readme.txt included in the download.

me neither
but ill download as soon as possible

Great release! The campaign is fantastic and the space battles are alot more exciting. Thanks. :D

Congrats on the release! :D

I'm gonna get Star Wars Battlefront 2 on Steam when i get chance.
I gather this and other SW:BF2 Mods work with Steam version?
This looks to be a definate download when I get it :D

Yes; all the mods will work with the Steam version of the game - the only thing different with that version is the install directory, but once you get in to the "Star Wars Battlefront II" folder and its subfolders, everything is the same.

Looks interesting guy's since i am too lazy to read i don't really know much to expect, downloading it now.

It's a great mod, I'm on the 5th planet so far, gotta say the missions are far more engaging than the original campaign gameplay. One thing - some unit and planet names are not showing up on the campaign map/ recruit unit screen, they do show fine in-game though, is that normal?

That shouldn't be the case - make sure everything is installed to the correct locations. Perhaps clarify (with pictures) what you mean in terms of names not showing up?

If it is easier for you, you can just e-mail the specifics to me; I'll make sure it is working as it should.

It's nothing major - the units in the recruit menu have [NULL] instead of all names and most descriptions. And the planets have names like "lfs.freeform.planetdesc.kor". Maybe I screwed up the patching sequence, as I installed the mod along with the 1.3 patch, then realized that there was a 1.2 unofficial patch I was not aware of, so I installed 1.2 and then installed the mod & 1.3 again :). Could be that.

I would simply recommend removing any of the components of this mod (the addon folder and the custom_gc_11.lvl file) and then re-installing it manually as directed in the documentation that comes with the mod.

this mod looks cool im gonna check it out

nice mod mav thanks for the new hud itz SWEET!!!

hey, this might sound stupid, but... how do i uninstall the mod? there's no uninstall manual on the red me file

The entire mod is contained in the "BDT" addon folder. Simply removing it from your "addon" folder will suffice.

And if I have Dark Times 2 How do I uninstall it?? Because the Campaign remains there.

Its not working for me. I have the option for the free camera and fake console, but no new campaign in galactic conquest. My version still says 1.1 in the upper right corner, would that be changed by the unofficial 1.3 version? From the documentation it looks like that's the most likely cause. Thanks so much

i like a good challenge, but the galactic conquest (only mode i've played so far)is a bit unbalanced to say the least. 20 reinforcements vs infinite reinforcements, it seems to take half a clip to put a single enemy down while getting put down with 1-2 shots most times, enemies that almost never miss, droids spawning near and behind friendly CP on the second mission (raxus prime). it was impossible to beat the mission without using "fake console". i was curious as to how long it would take to make it to the end, so i just used "add reinforcements" at first. that wasn't enough as i went through 1,000+ reinforcements and eventually had to use regen in the "fake console".

other than the difficulty it's very well scripted and the maps seem to be well designed.

i was wondering if some other mod like BFX might be affecting BFDT, but i figured that was probably stupid.