Long-overdue news on one of the primary sets of changes in "The Dark Times:" conquest mode. Covers AI heroes, skydomes, hero support.

There are three notable changes about conquest mode (other than the new Imperial and Rebel sides) that serve to make a more "lastingly fresh" experience for the single player. They are:

This is first, as it is probably the most negligible change. While strictly visual, this adds a bit of a "random factor" to the stock maps and helps prevent maps from feeling the same all the time.

All of the outdoor maps (with the exception of Mustafar and Dagobah) have an alternate skydome that may or may not replace the stock skydome whenever the mission is started. Each of the alternate domes is representative of "early morning" or "pre-dawn" in keeping with the "Dark Times" theme: 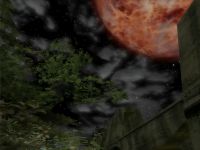 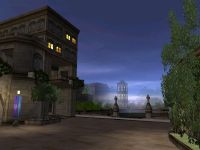 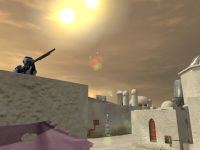 Rather than keep the same set of units for every mission, each team has a special seventh "hero support" unit that appears, dependent on the hero made available to that team. Each hero support unit is related to them in some way - Darth Vader has 501st Stormtrooper Commanders, the Emperor has his Royal Guards, etc. Some examples follow: 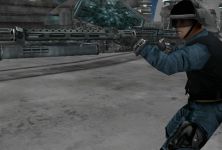 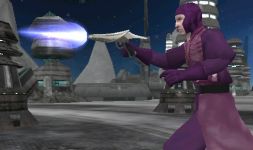 The AI also has the ability to play as heroes now, which provides a new and unique challenge for the single player. Will you be forced to use your own hero to counter theirs? Will you test yourself and see if you can take down the hero with just infantry? You decide, but in the end conquest will be much more of a challenge, thanks to these worthy AI opponents. 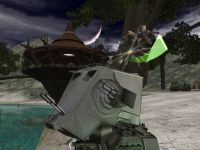 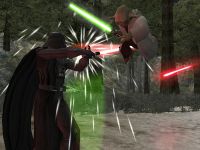