Damnation City of Death have been updated with new features including NPC civilians, gas clouds and more!

This patch includes new civilians including currently a woman and a man. You can find civilians in houses and they try to defend themselves.
We also added gas clouds that roam around the city. The Gas will harm you, so you can't always stay in your heavily fortified base.
Also there is now more objects around the city. We added road signs to crossroads and computer desks inside houses.
Now there is a new system for player ranking. Including three ranks currently: gold, silver and bronze.
We added more zombie sounds to give more variety in them.
You can now craft a wooden floor, which is useful as a floor or as a bridge in your base.
Added so that body temperature drops faster when it’s raining.
Fixed a bug where cursor wasn’t visible when returning to menu.
Updated cars to be stronger now so that they don’t break so easily on ramps.
Updated menu UI to be more clear. 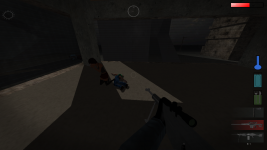 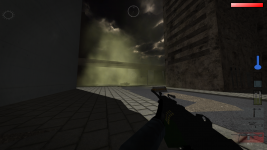