a New enemy has been added to the game. It's a ghost. It only hunts at night and it can't be killed. 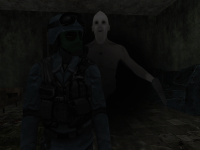 New house has been added to replace the old house, which didn't have interiors. The New house haves fire escape stairs on the side and some floors which can be reached by the stairs. Old houses too got updated as they got more variety and better furniture. 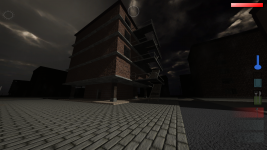 The Main Menu have been updated again to be more functional and user-friendly. It also now features more video options. a Bug regarding load games while playing in multiplayer is now fixed.

Have fun with the new features and have a happy New Year 2015!