Damnation City of Death have been updated with new features including better save game handling, updated zombies, bug fixes and more!

Normal zombies have been updated in many ways. The Most noticeable change you will see are new animations. Their AI have also been updated to detect player more logically and they also now can attack civilians. The New detection logic will allow more stealth action against the zombies when we add the skills. 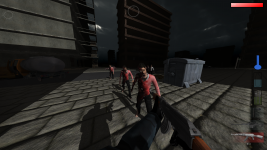 Now there are added functionality to handling saved games. Now you can see a date of a saved game in the save list. You can now also check advanced details of the save game in a new detail menu. In next patches you will be able to change the save settings in this menu. 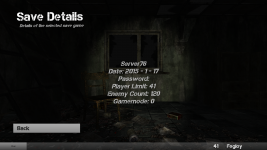 a New science facility building is now in the game! It will have some more story content in the future updates. 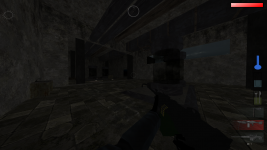 Various other changes were also made in the update. Bugs in inventory like hat dropping and saved games were fixed.

Player versus player is now better as your player kills are now counted and listed in the leaderboards. Electric traps now damage players, which is useful for protecting your base from other players.

Metal floors can now be crafted. Cereal and peanuts can now be found as loot. Houses have new wall materials. Furniture was added in buildings, where they weren't spawning. Gas clouds were very rare, so the spawn rate of them was increased greatly. Player rotation logic is now better. Sky is now more detailed. 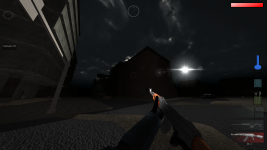