A summary of the new features present in CWE 1.09 and a sneak preview of what is to come in CWE 1.10.

It has been some time since I posted an update article for CWE so this article will do a recap of both the changes since 1.06 and a sneak peek of the changes to come in 1.09. I will also briefly outline my goals for 1.10.

However before I start, I'd like to give a massive thanks to JohnLockers, naoisemct, ChrisFox, LooseTongue and all those who have contributed to the mod! 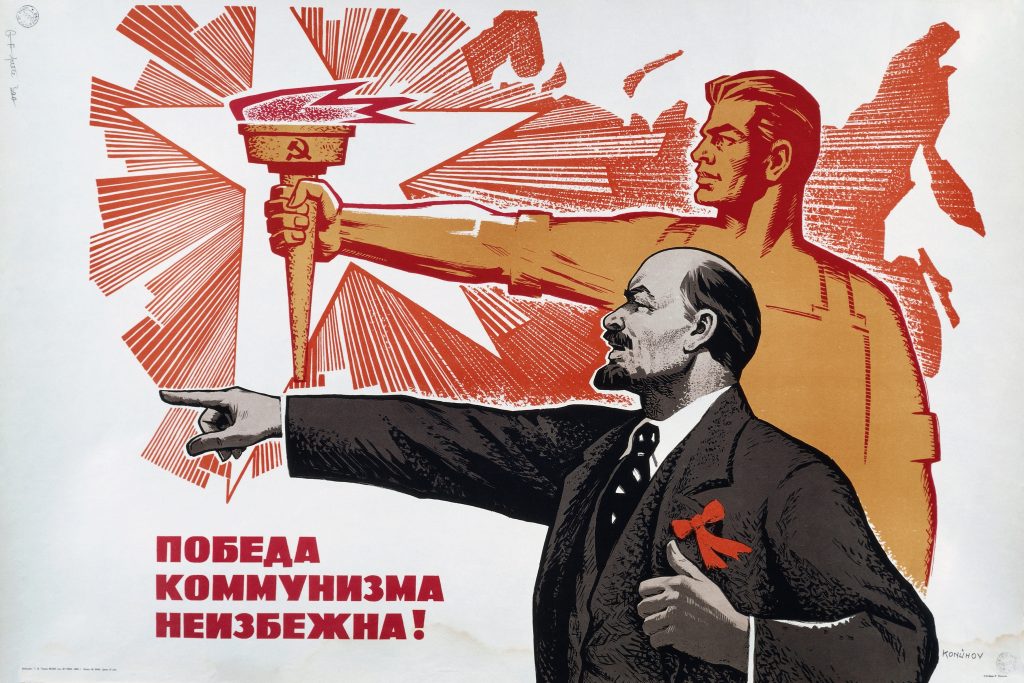 The biggest changes up to 1.08 have been related to fleshing out the Cold War and the early 2000s of the mod with revised events for the Arab-Israeli conflict, Indonesian War of independence, Indian independence etc. I endeavoured to make these outcomes less railroaded with options for India to remain united, Hong Kong's lease to Britain to be extended and Indonesia to be kept by the Dutch. In addition to these larger changes, there were also content added to flesh out the UN. An example would be peacekeeping missions dependent on UNSC approval. Defeat in containment wars will also now lead to occupation and dismemberment of your rogue nation by UN forces if the UNSC deems it so. 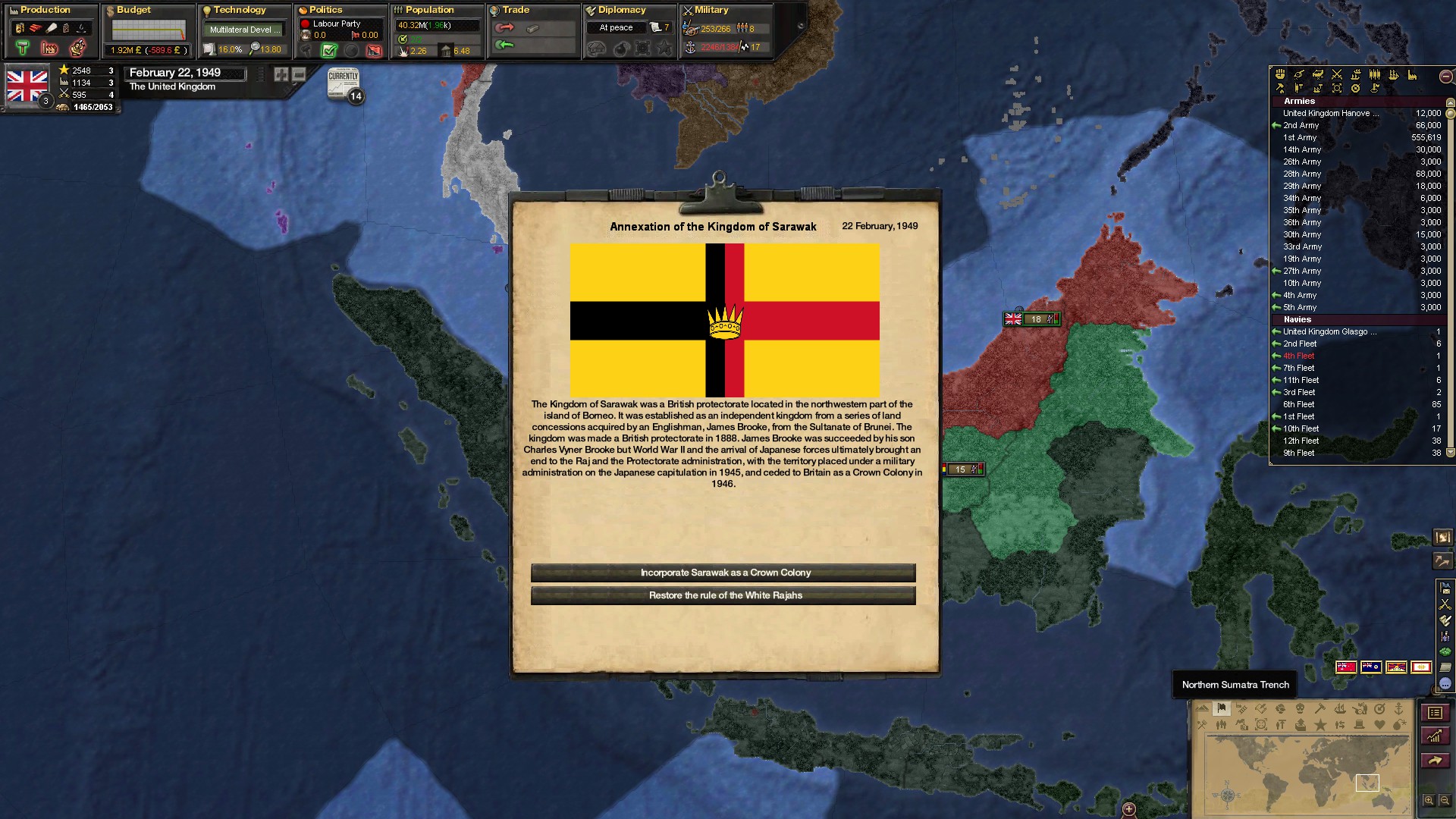 An age system that gives unique bonuses per age makes some eras better for waging war or forging trade was added in 1.08. Some of the ages include "the atomic age" and "the Information Age".

The minor but important International Court of Justice was also introduced to allow nations to reclaim their cored lands from foreign occupiers peacefully.

Proxy wars have been revamped so that rival nations can spawn special rebel countries from generic rebel held territories should there be a full blown revolution. Should the rebel country win, the whole nation will have the same government type as the sponsor and join their sphere. 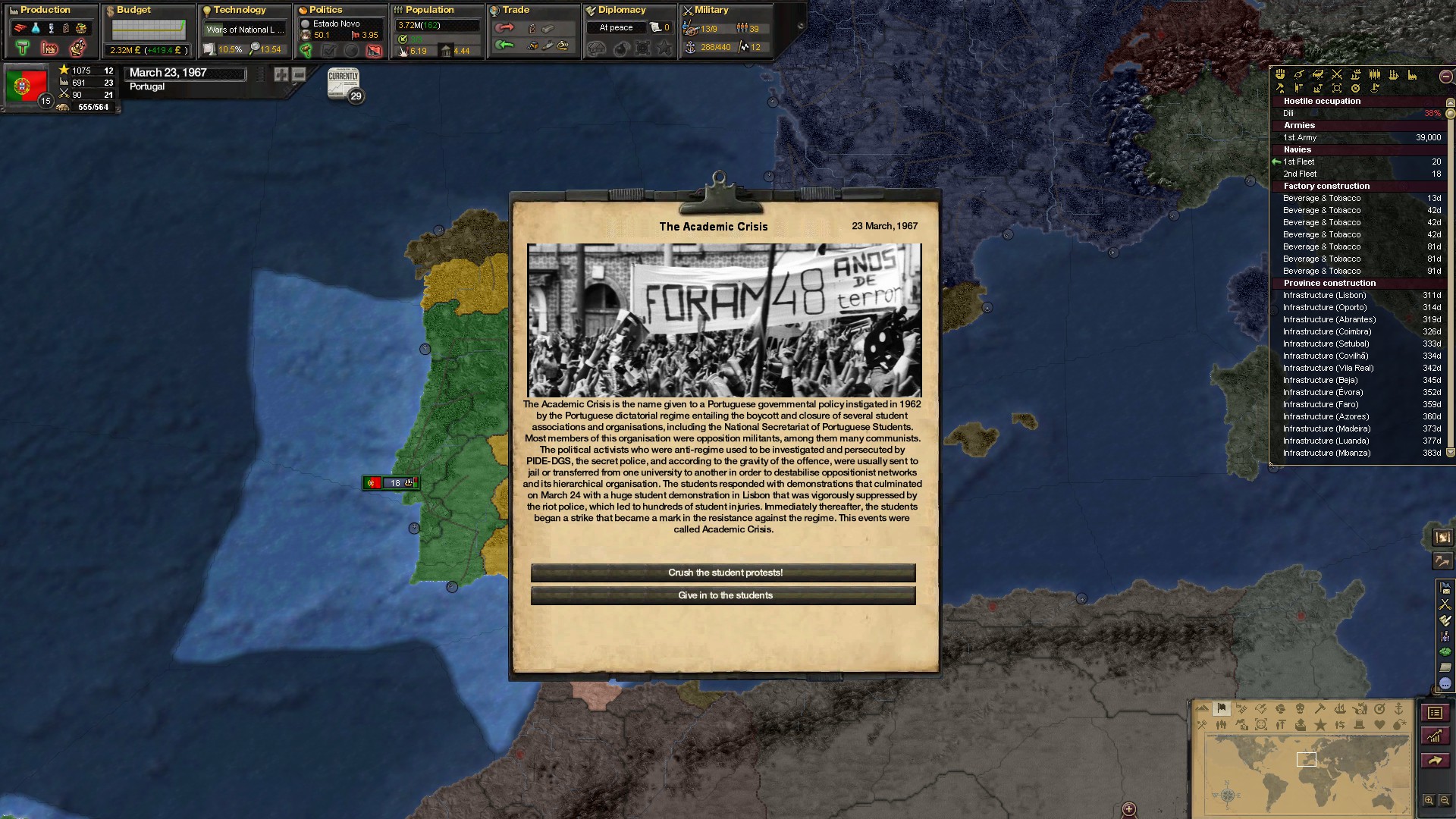 Devolution mechanics now make nationalist/populist majority states seek greater autonomy though obtaining SAR status and ultimately independence though it can be stopped - with a little bloodshed.

I've corrected and fixed many country flags to make them historically accurate with accompanying chance events to switch flags at the appropriate historical times. 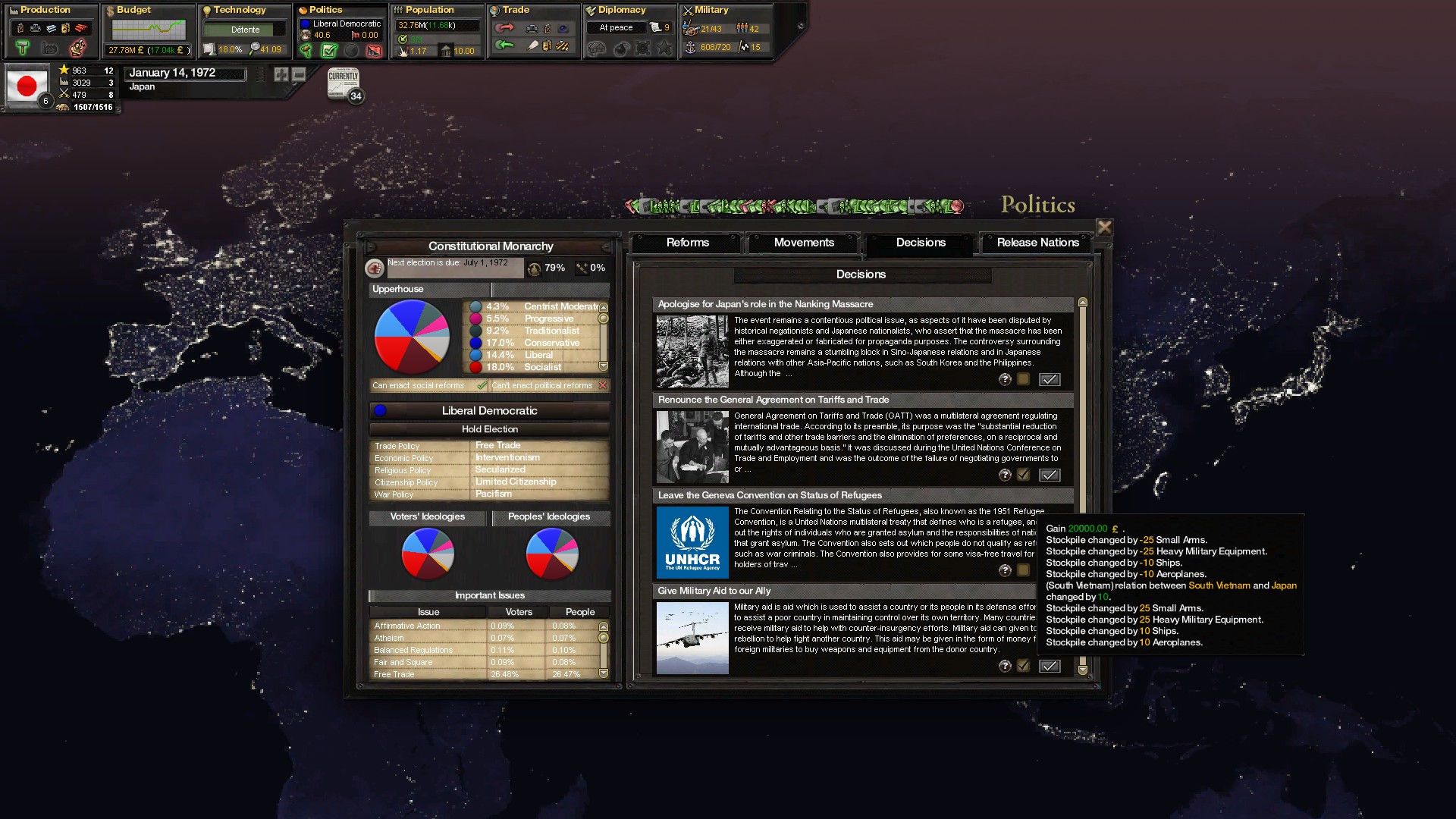 Previously most events outside of the great powers were highly railroaded however this was change in 1.08 with the revision of all events to add randomness so you can get a monarchist Brazil or a continued communist Burma.

And these are just a small drop in the pool of changes added since 1.06. 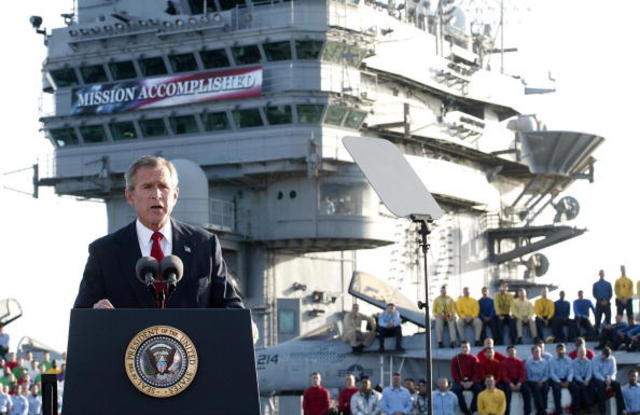 Looking ahead, CWE 1.09 will attempt to completely overhaul the 2 core features of Victoria which are military and pop ideologies.

Previous versions of the mod had a lacklustre and confusing military line-up with most nations being forced to build only irregulars in the first few decades before finally unlocking a swath of redundant units such as modern fighters and fighters. This will be removed in 1.09 and replaced with a more sensible unit line up (eg. combat support, interceptors, light infantry, heavy infantry, special forces) with "modernness" being reflected by stat boosts by techs. All units, save for special forces, can now be recruited from all pop types and not just accepted pops. This massively expands the potential for multicultural nations to field a large cosmopolitan army. 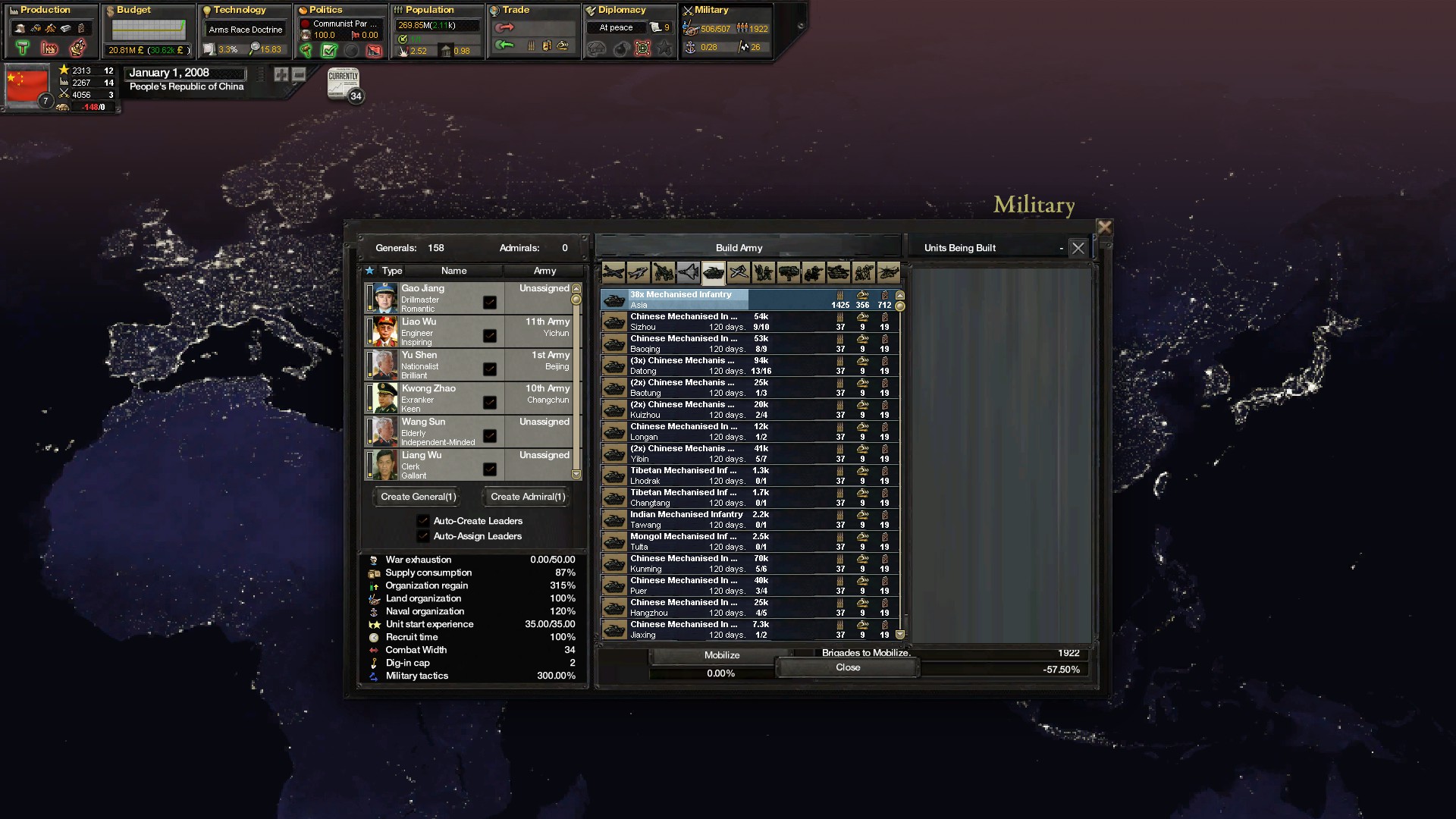 Naval units have upgraded along similar lines and a new unit, the nuclear aircraft carrier, was added. This unit functions like the dreadnought in Victoria's timeline but without the toughness so it must be guarded by a fleet of small ships like battlecruisers or corvettes. 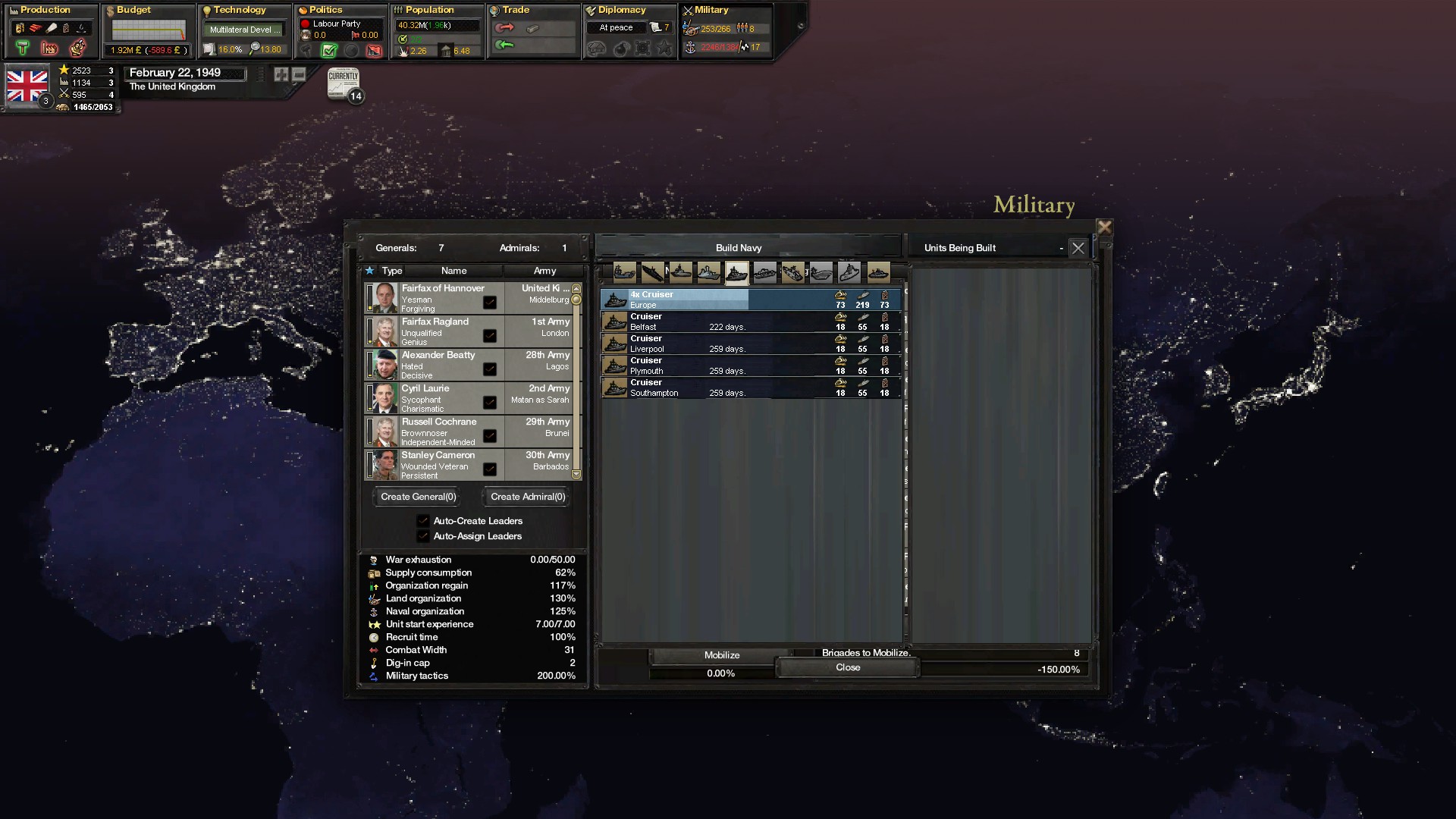 On the political side, a new recurring event that periodically fires has been added to boost party support randomly with the goal to force more dynamism in elections. Victories can now be used to bolster ruling party support which makes a quick military victory the quickest way to shore up support. However do beware as a defeat will have the opposite effect.

I've tweaked pop ideology leanings to incorporate the very latest in coding innovations by HPM to make pop ideology more dynamic. Pop ideologies are now influenced by the militancy of the strata they belong in and even the tax gap between the rich and poor. These help to pit the different stratas against each other so you can never please all with the additional benefit of simulating the constant swinging between left and right. 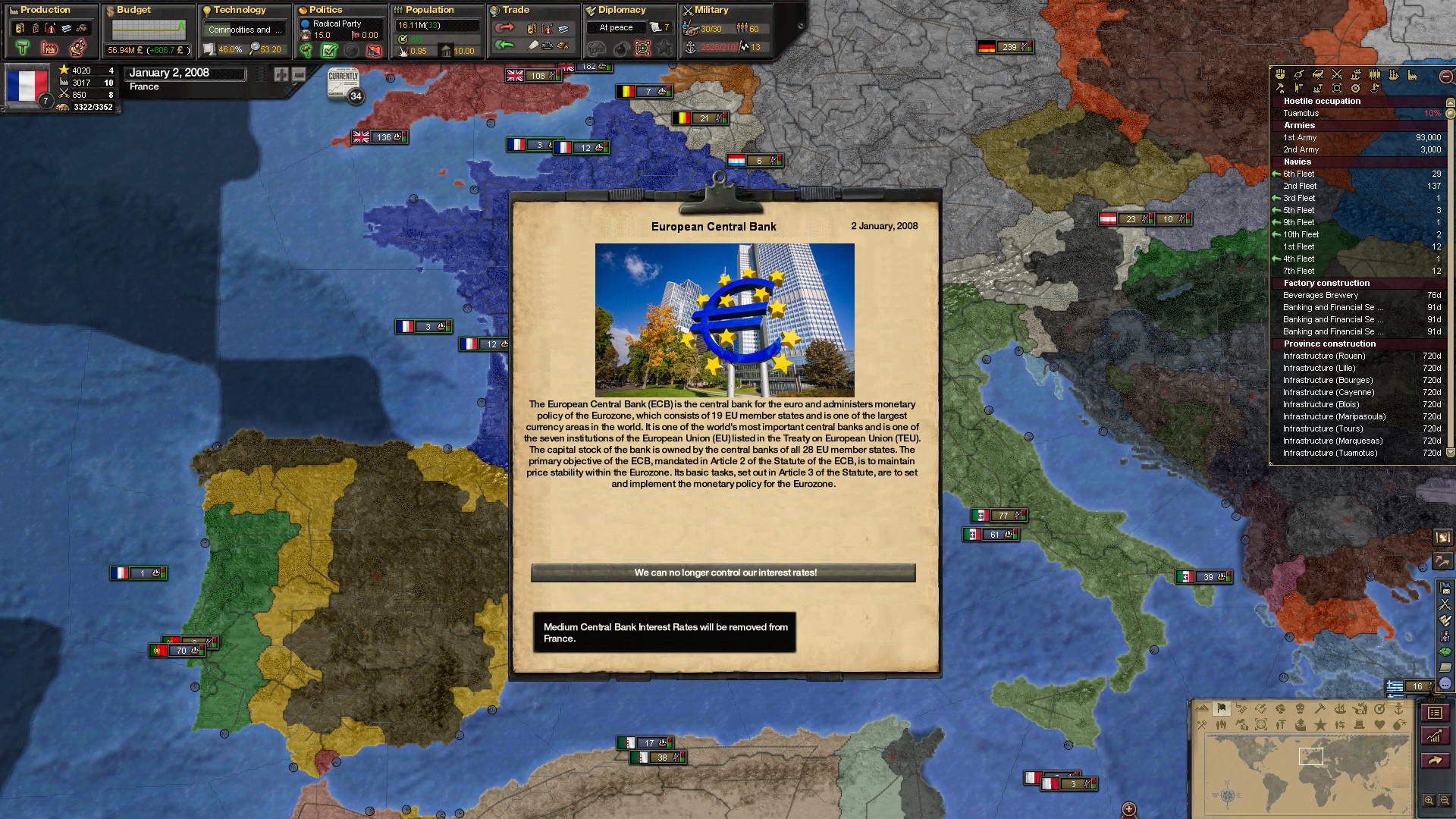 Reforms have been better balanced such that high consciousness arises from too liberal reforms which polarises pop ideologies and makes it more difficult to push through reforms so strategising what reforms to pass first is crucial.

Immigration has been further fine tuned with realistic conditions for migration such as unemployment levels, literacy, tax levels and corruption being key factors rather than railroaded cultural immigration. 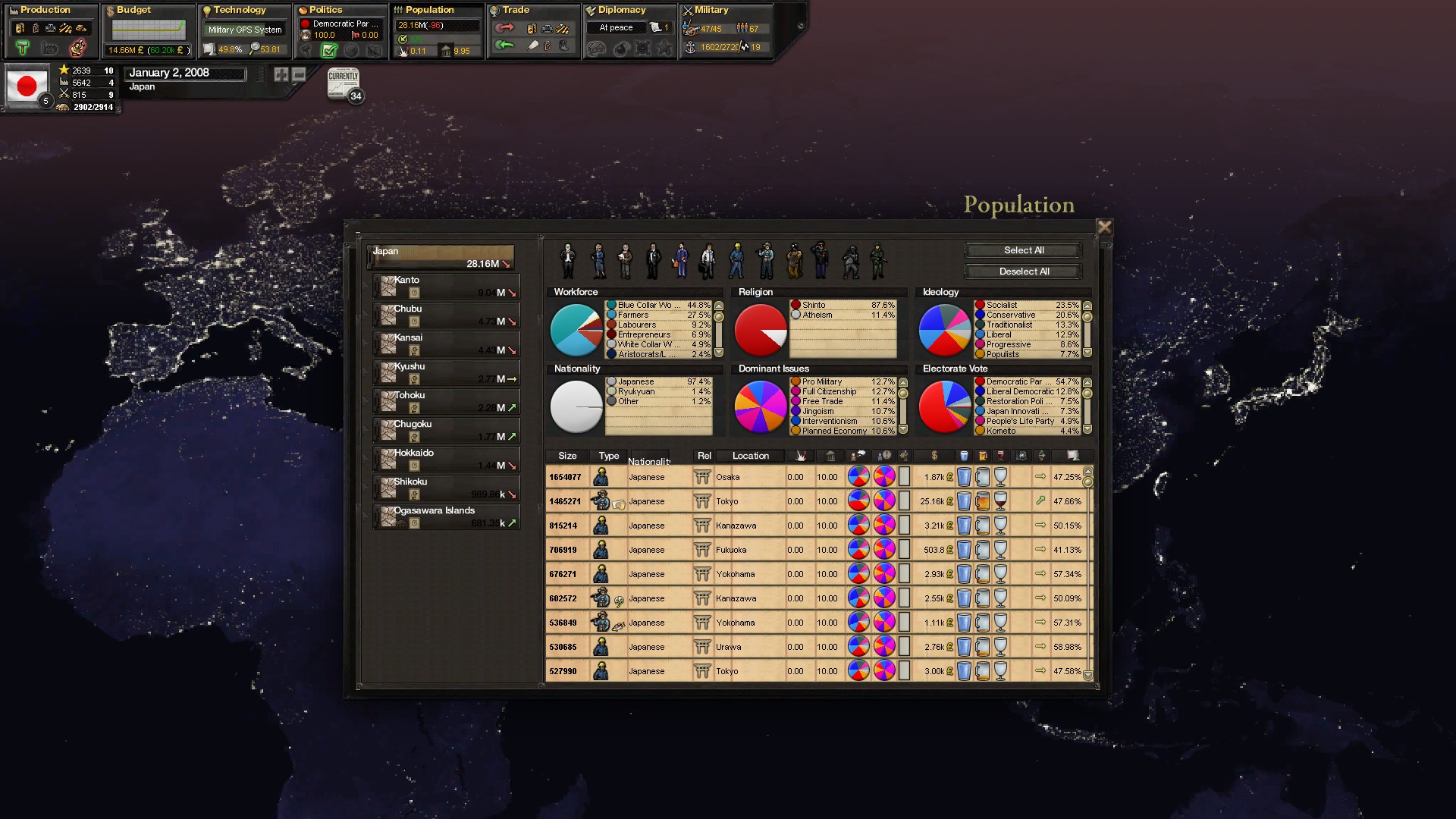 Additionally a major change to the fall of the USSR has been implemented. In older versions of CWE, it is a failure of the success of the August Coup that forms that Union of Sovereign States however this was unsatisfactory as it was too simple a way to accomplish a socialist democracy. In 1.09, you now have to keep militancy below 5 after the implementation of Gorbachev's reforms for 10 years before the socialist democracy event fires. Failure to do so will lead to the disintegration of the soviet bloc and the August Coup. 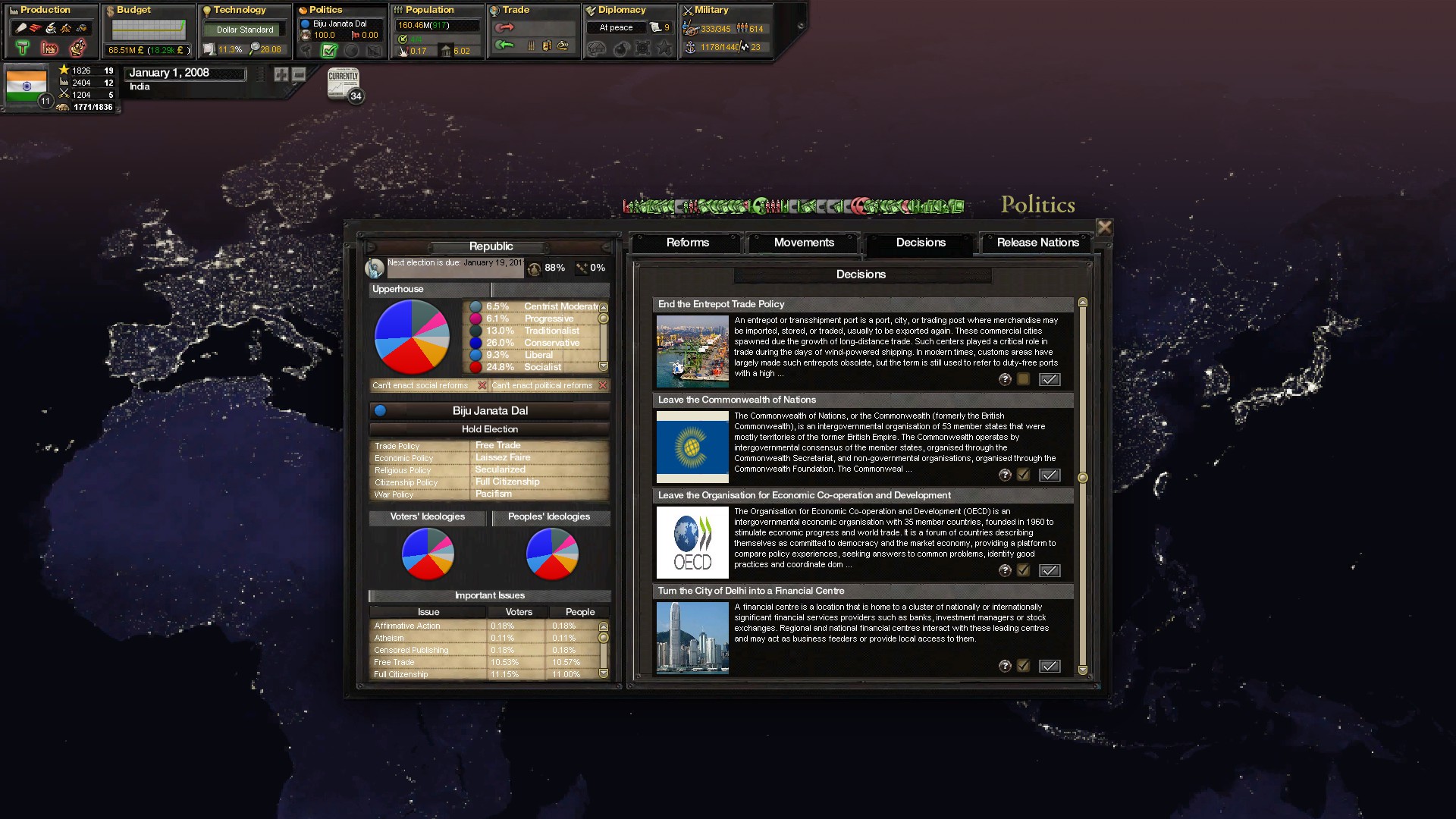 Beyond those mentioned above, minor additions include the CAF Franc Currency Union, new GFXs by LooseTongue, soviet constitution events by ChrisFox, Iron Curtain mechanics, global reserve currency mechanics by naoisemct, the Annam Plan to unify Cyprus and much more. Events have been added for even the small pacific nations of Kiribati and Tonga.

Significant progress has been made to correct bugs in country parties/names/events/decisions such as in the Suez Crisis which did not fire the full set of events. 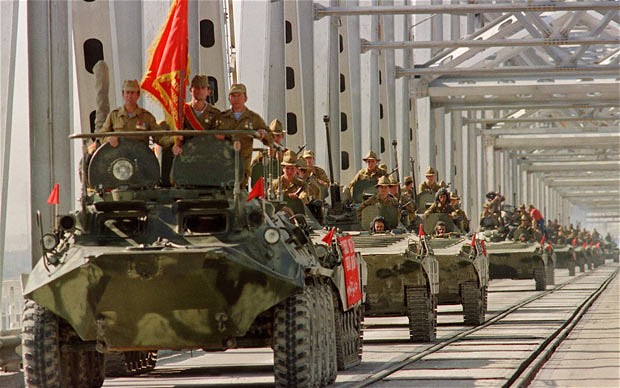 A new UN armistice system has been implemented to allow warring states pressured by the UN to agree to 2 peace plans: Withdrawal to pre-war borders or to stop the war at the current battle lines. Doing so would lead to eventual calls for withdraws from the occupied territories however savy management of infamy can allow the lands to be 'borrowed' for many decades. 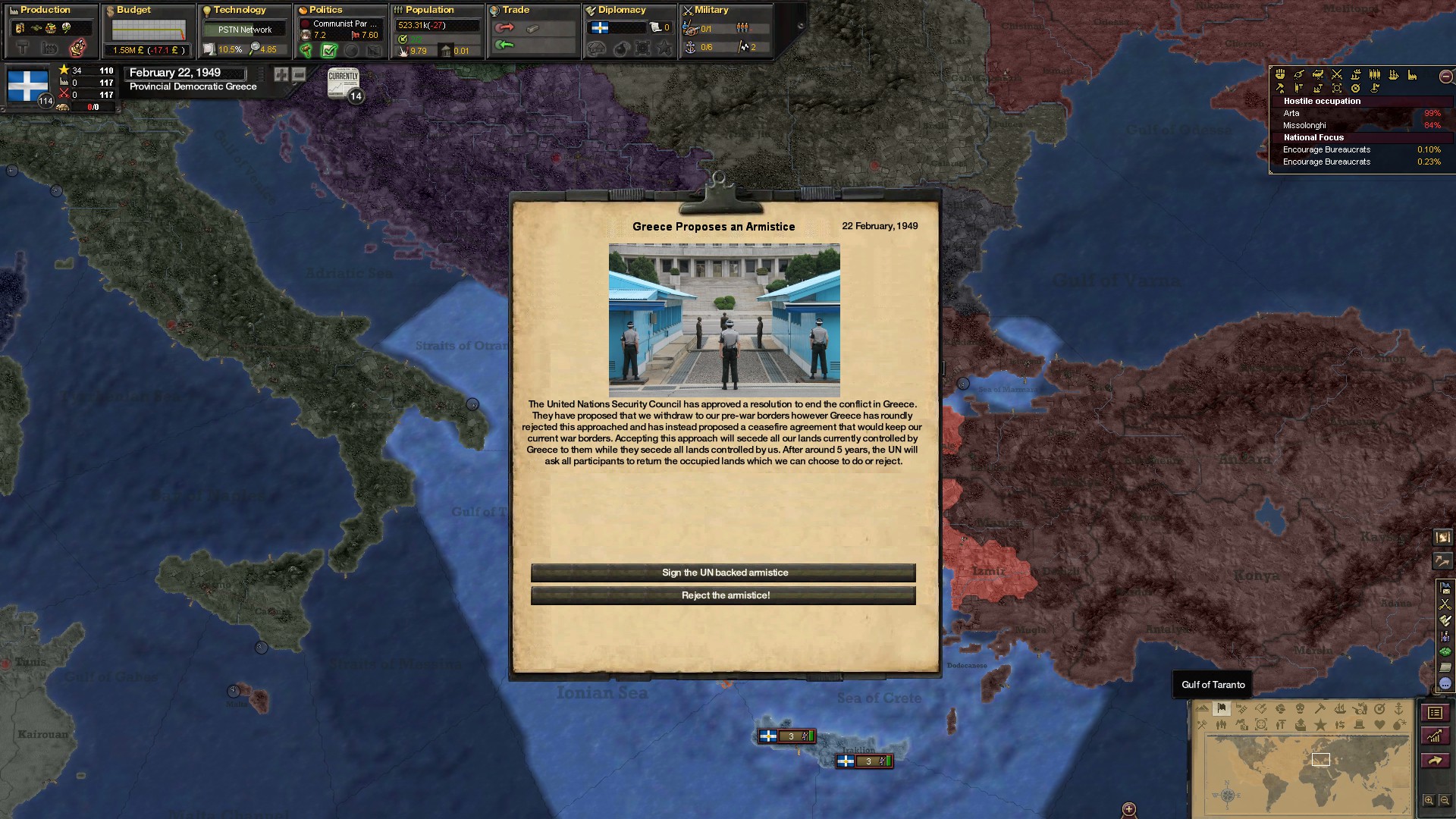 All in all the additions in 1.09 are geared towards adding more depth and strategy to guiding your nation through the most complex of eras while at the same time giving the player greater freedom to create ahistorical outcomes. Can you restore the Peru-Bolivian Confederation or establish the Volkstaat? The choice is now in your hands. 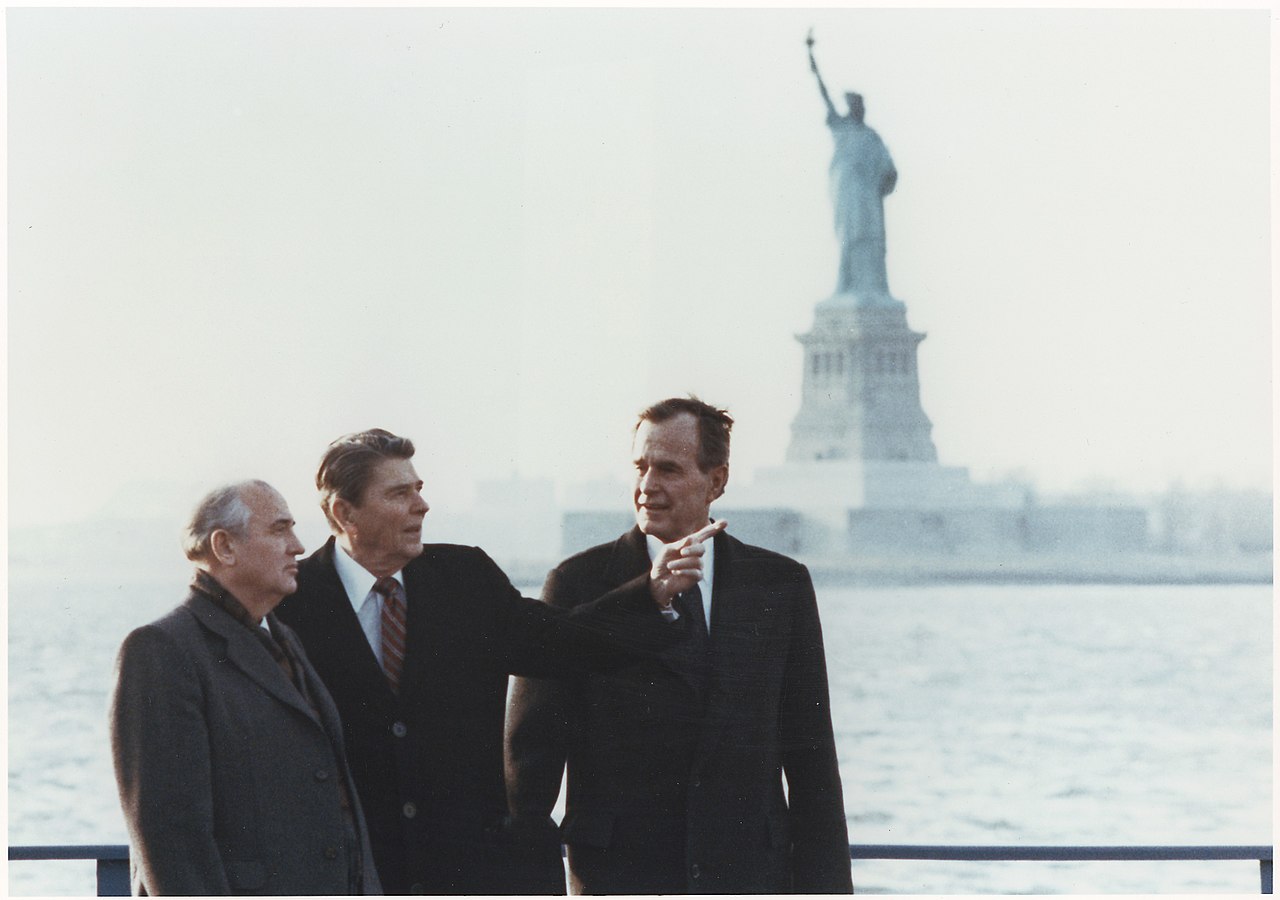 I still have a few minor changes left to implement so 1.09 will be live once that's done which should be by early February. Do feel free to give the Github version which is the 1.09 beta a try although as it would be frequently edited and you may need to re-download the newest versions for small changes such as bugfixes, etc. 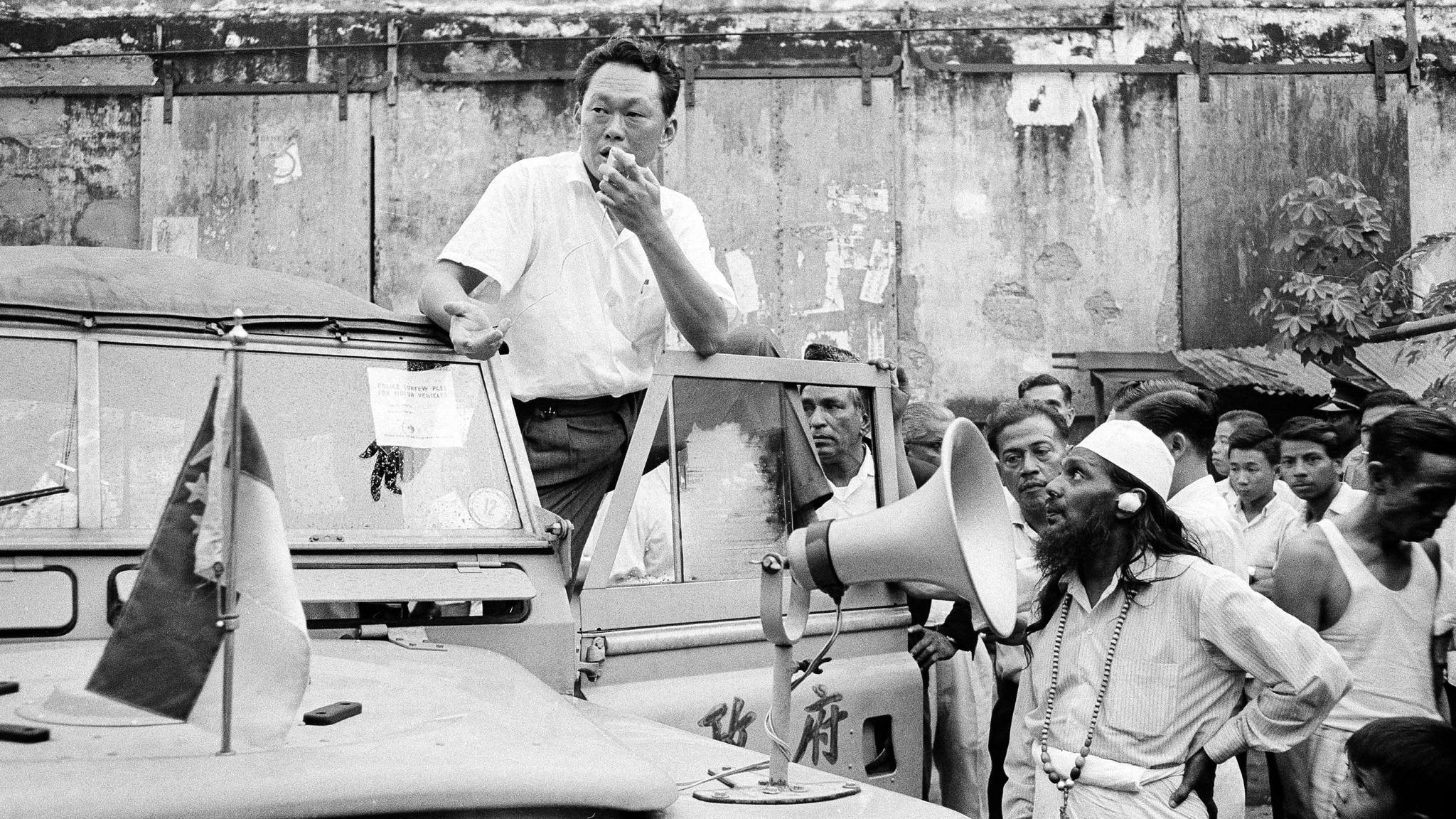 As for 1.10, my goals would be to further flesh out the late 1990s and early 2000s with a new tranche of events. This is as the mod is lacking in post 2000s flavour. Aside from this, I will also aim to make coups more dynamic with the introduction of officer led coups so watching out for the military can be crucial for unstable nations.

Please also check out our new discord server where you can discuss ideas or share your experiences with fellow players.

Do feel free to contribute ideas at our GitHub page too, every help counts!

Thank you for supporting the development of the Cold War Enhancement Mod.

Should the formation fo the Anglo-French Union really be an option in this mod? Not only is it historically inaccurate (it was a fringe option during WW2, not in the post-ww2 era), it also prevents the decolonisation of both France and the UK. The hallmark event of the 1960s was the decolonisation and decline of said powers, the union of both the UK and France should not prevent decolonisation.

It was a real event that almost occurred during the Second World War and was seriously considered during the suez crisis. From what I know, decolonisation is not disabled by the formation of the FBU. It is just slowed down which should be the case.

Question: I'm trying to rename the units (heavy infantry -> motorised infantry) and I'm not sure how. Please help.

You have to edit the names in the localisation files.

When I try to play mod with Mexico, it is too complicated to get out of the crisis (Not to say impossible), besides that when you try to increase the bureaucrats to increase the collection of money, you simply do not advance the amount of bureaucrats (And that the cost of these is too high). Mexico has a problem with income and spending Can you correct it as soon as possible?

Take the loan decisions and slash all non important spending and raise taxes until around 1955 and your economy should start making money.

There are plenty of throughput techs that the player can get from joining international institutions. I believe you mean output instead of output? There are a few ways to get them, one is through research and the other is through higher literacy.

Too high literacy bring a country to ruin as doing war will decrease faster pop without the pop boom post war.

At least as Britain or some other democratic nation, rushing reforms that boost immigration will pretty much take care of your population.

Crashes on texture for quad 23.
I have deleted both the victoria 2 and documents map cache including the cwe one.

Love the Mod, but the messed up RGOsystem leading to massive unemployment. Not a big problem in the early period, but around 1970 its becomes superbuggy as market runs low on coal, other metals etc. leading to industries being in a perpetual short supply.

Theoretically pops should just go into the RGOs and solve the situation, but they don't. They just sit there unemployed.

Could you please have a look at?

Some changes to base demand and factory output have been made to correct this problem.