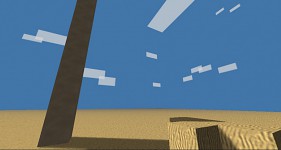 3D gaming
Did you know we fully support 3D gaming via NVidia 3D vision? (Windows only) Because of the simplistic shapes the 3D effect is very convincing! More information: Nvidia.com

Skybox customization
The skybox can now be customized! See the forums tutorials section for more information about texture/skybox customization. I have updated the ExampleMods.zip file with 2 skyboxes, 2 customt exture packs, and all images of the default cubelands texture pack. Download it now to get started! I look forward to some nice community made texture packs!

By the way, feel free to use the forum to discuss your own Cubelands customizations and servers! 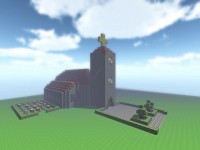 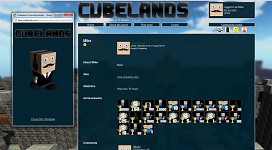 We need GOD MOD.
Falling from the sky-scratch building that I was building was SO MUCH UBER FRUSTRATION.
Please allow sv_cheat 1.