It was a long way to go, but now we are happy to announce the English version of the Cube mod. This is the final version!

It was a long way to go, but now we are happy to announce the English version of the Cube mod. This is the final version! As an extra feature for all players which were patient, we added a new soundtrack.

Soon there will be a fan made Russian and French version of the mod. 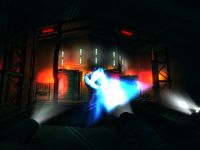 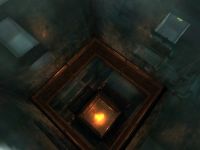 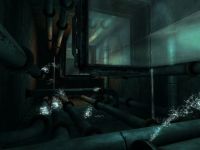 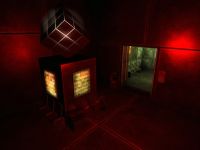 At the end we want thank:

and of course the following voice actors:

The CUBE is You again!

Nice, I'll have to check it out.
Seems like a survival puzzle type game although I am not even sure ;)

um, I finished playing a few hours ago, and I found two bugs.
1. On the birthday invitation it says 2067, on the note it says 2076.
2. On one of the notes/messages the writing changes to german near the end.

YES, finally! Thank you so much, downloading now!

btw, It was great, quite similiar to Portal

i do enjoy everything about your mod, and i love it quite dearly (ESPECIALLY those extra weapons, which i wont spill the beans about)
but i have to say that you unfortunately treat the fallout 3 engine as a serious platformer in this mod, which is unfortunately not quite what the engine does well.
just felt that you might know. it felt really odd making a lot of those jumps, and i very frequently failed quite a bit.
but the design apart from that is MAGNIFICENT!
great mod!

lol I fully agree with the Jumping being screwy, even in the standard game you could get stuck in rocks ect. Clearly not the best engine for it but it seems here you've overcome those challenges.

about time and thanks for all your effort.

Nice, I saw this on the nexus a few times and was always curious about what it was, definiatly going to be playing this.

Great mod, I agree with LaughingMan about the jumping and I had some problems with (deadly) particles not showing up sometimes, but I loved playing this nonetheless.
This should be DLC like the official DLCs, it's too good to be free haha.

Just completed Cube Experimental and I have to say I was absolutely blown away by the shear size and presentation of it. Hours of gameplay, amazing cut-scenes and a great game representation (and adaptation) of the CUBE films.

I won't spoil it for anyone who hasn't completed this yet, but if you manage to find all 19 CUBE Holotags (20th is in the Item Chest at the end) that are hidden throughout, the rewards (Yes, plural! There are tons of goodies!) you get at the end are insanely good!

Yeah, this mod is amazing...

Just a question, I don't think I got all of the Holotags, but I still got ending 'A', with all the goodies (wont spoil it either hehe, but holy ****... awesome). Was there something else you get if you find all 20?

Do i need FOSE for this

I can't activate the fuse box? What gives?