Just like last week and the week before, we're introducing one of the playable ships to you. Today, it's time for some Stealth action...

Just like last week, we're introducing one of the playable ships to you. Today, it's time for some Stealth action...

A Stealthstar is a Colonial stealth spacecraft designed for both reconaissance and surveillance missions. It's general layout is similar to that of the Viper Mark VII but unlike it counterpart, the Stealthstar does not have any weaponry at all and does not feature the Viper-typical middle wing. To compensate this, it is extremely fast, agile and, ultimately, due to it's anguled shape, immune to DRADIS beams. The Colonial Fleet calls this very special ability DRADIS camouflage. 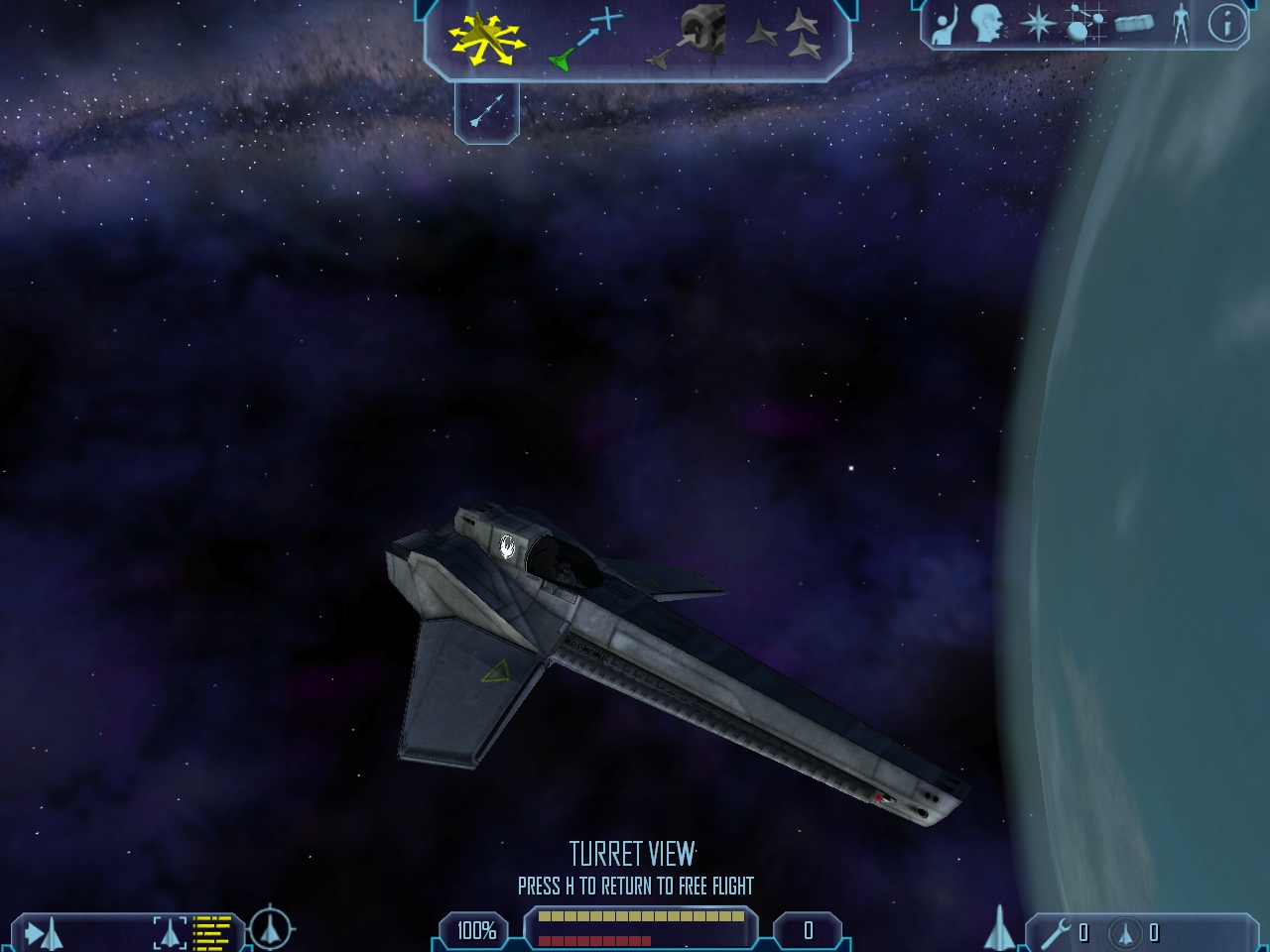