Crossfire’s aim, you see, is to stay as true to the Lancer legacy as possible while building upon and expanding its horizons. It pushes the boundaries of what can be done with the game, and makes use of the most advanced features possible.

When first taking a look at a new mod, one is often faced with the question, “what makes this one different?” To begin answering this, let me tell you what Crossfire is not. It is not a total conversion, it is not sloppily conceived, and it is certainly not some enigmatic jigsaw puzzle of sci-fi themes. Crossfire’s aim, you see, is to stay as true to the Lancer legacy as possible while building upon and expanding its horizons. It pushes the boundaries of what can be done with the game, and makes use of the most advanced features possible.

In addition to largely preserving “vanilla” systems, CF introduces scores of new ones (including Sol) that contain hundreds of new planets and stations. The launching of Coalition sleeper ships centuries before the game’s setting even makes possible a new “house” located in an add-on sector. Further homage is paid to Freelancer’s prequel through the seamless introduction of both Alliance and Coalition ships, alongside a massive number of custom designs. Expanded options in terms of equipment, ship upgrades, and commodities are in keeping with Freelancer’s themes of freedom and flexibility. Original quests and historic background build up a premise for the events unfolding in the game’s setting.

The mod is also dynamic. Alien encounters (Nomads and/or Dom’Kavash) are frequent in many systems, while all-out invasions are random in others. Jump holes have been known to “wander” from place to place. Gates have been known to lock up for awhile. A dynamic economy keeps traders on their toes while pirates cry havoc, mercenaries offer up their services, and police hunt relentlessly for the traffickers of black-market goods. All of this unfolds beneath an overlying war that being waged between ASF (House-aligned) and CSF (unlawful) forces for control of Sirius’ systems. So many changing variables mean that the game is very replayable. Content is sure to appeal to explorers, roleplayers, and PvP aces alike.

Crossfire is presently in the later developing stages of a new expansion. We have a well-established community and are home to several server clans. In exchange for a monthly “rent” of sorts you can be granted a system which to call your own. Privatize it and lay down the law as you will. The game is free to anyone to play, of course, and there is an active forum on which to keep tabs on current server events and seek answers to your questions. To play Crossfire, one needs to download the mod from the SWAT Portal. A specially-designed CF Launcher patches game prior to play, and will allow easy access to the 24/7 SWAT Crossfire server.

With the upcoming update to 1.8, Crossfire will exhibit exciting new features. First and foremost of these are an addition of factions and at least ten systems. Several quests will be introduced in 1.8, providing players with unique rewards, the opportunity to travel through time, and generally advance the Freelancer plot. Completion of the quests will be essential to attaining safer travel through Dom’Kavash territory. One might even be granted clearance to land at their bases and do more than simply look around… On the subject of docking, the Order stations in Sol will now grant players entry. These will sell an impressive array of Order ships (and veterans may recognize an ever-so-helpful NPC engineer named Haegar). Before venturing out to the Inner Core, however, it will be important to outfit that piece of junk you’re flying.

For that Crossfire 1.8 will offer a host of new weapons and shield types, auxiliary power-plants, and multiple-component equipment. For customization one will find that the style of engines and running lights can be changed. Furthermore, a second slot has been introduced for licenses. A character can therefore take part in the ASF-CSF conflict without forgoing his or her ordinary profession. A headquarters for each of these rival factions will be featured, while destructible stations and the “singularity bomb” are sure to add a bit of bang to the RP. If subtlety is more your style, don’t sweat it. There is to be a fully-functional cloaking device that runs on minable energy crystals!

Just as an overview of more technical aspects, there are going to be a couple of other changes. Improved textures will be employed for ships’ cockpit views, a certain Dom’Kavash vessel, and essentially everything the Coalition has in space. In-game info cards will provide more detailed information than before. New entries to the rumor database will provide useful, relevant data about CF-added systems and quests. Missile launcher performance has been tweaked, the issue of battleship mass will be addressed (again), and ship velocity will be lowered whilst flying through navigational hazards such as nebulae. To top it all off, there will be enhanced cheat protection, more lag-reduction measures, and some handsome surprises in the department of visual effects. 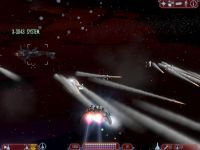 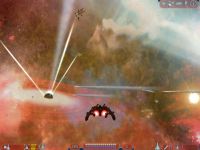 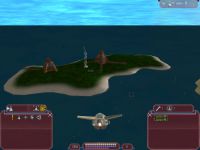 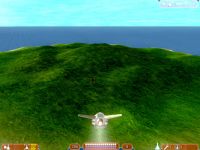 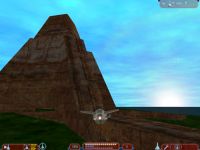 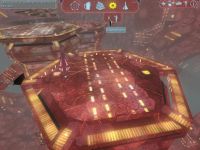 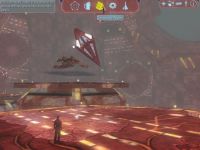 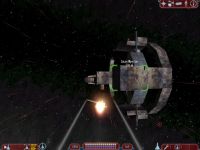 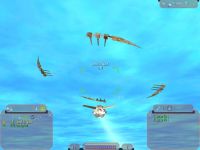 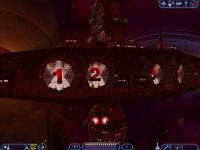 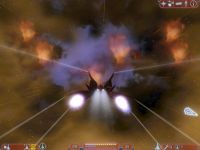 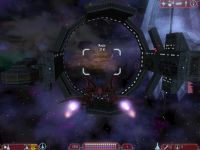 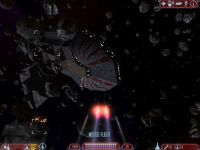 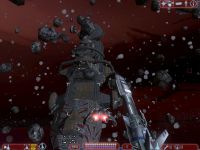 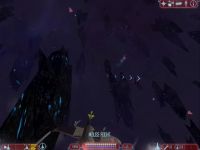 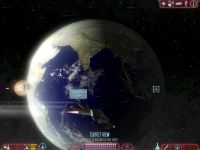 Pushing the boundaries of what can be done with the game indeed. I had no idea that some of these stuff was even possible in Freelancer. Great work!

Reading that text gave me cold shivers..woof =)
Excellent..I hope i can sleep all nights before seeing this.. =)

I just have to know where to get the Ragnarok gunship!!!

you can't, only for sever police and admin on MP.
can get it in single player if you cheat

How do I cheat exactly in singleplayer so that I can get the Ragnarok gunship?

How do I host this mod for LAN parties?

some of these screen look awsome can't wait to play