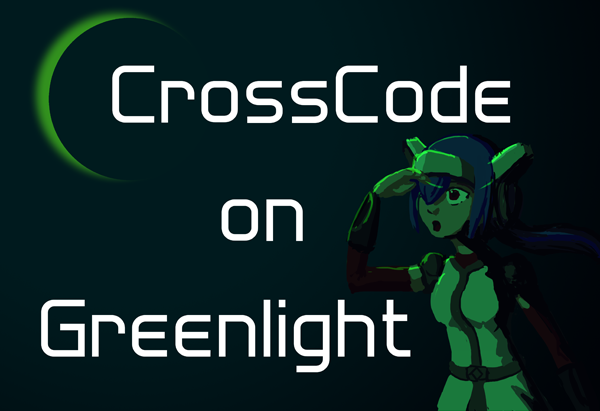 CrossCode on Greenlight
So if you want to see CrossCode released on Steam some time in the future (like... wouldn't that be great?), go ahead and give us a vote! :D

Another platform you can find us on now is gamejolt!

CrossCode on Gamejolt
Have a look at it, show it to your friends etc. If CrossCode gets a lot of views and good ratings, we might get more people to see our game!

Start date of our Indiegogo Campaign

Yepp, so we finally decided for a start date of our crowdfunding campaign.

The Indiegogo campaign for CrossCode will start on February 25th and run until March 28th.

...So why so late? Let's just say there are a couple of events we might want to attend during this timeframe. Nothing's for certain yet, but once it is, we'll tell you more about it! 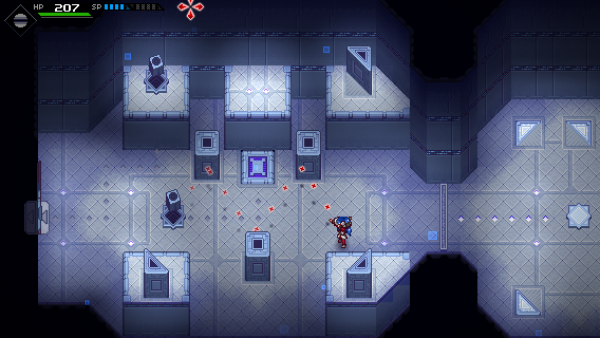 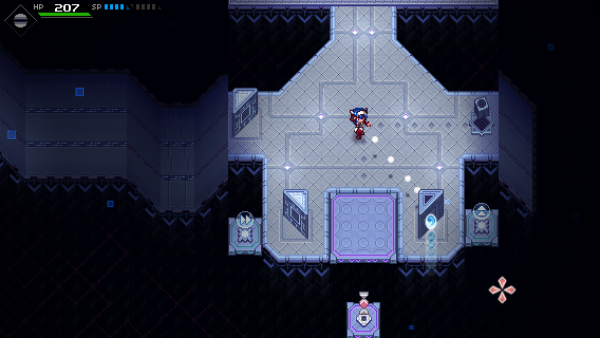 Additionally, he added a proper boss at the end of the dungeon. Now this guy might seem familiar to you: 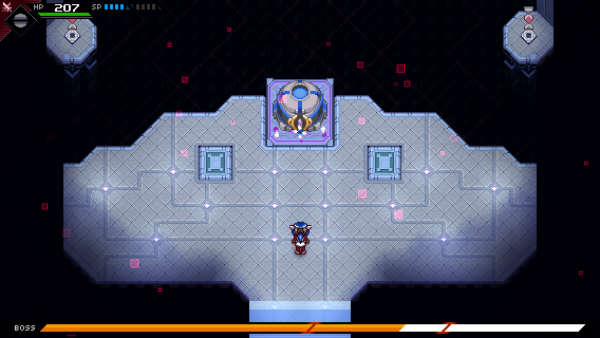 But don't be too careless! This time he has a few new tricks up his imaginary sleeves:

Since our game menu is getting more and more features, it is about time we added a proper explaining for all of it - within the game. That's what I've been working on last week. This is how the new help menu looks like: 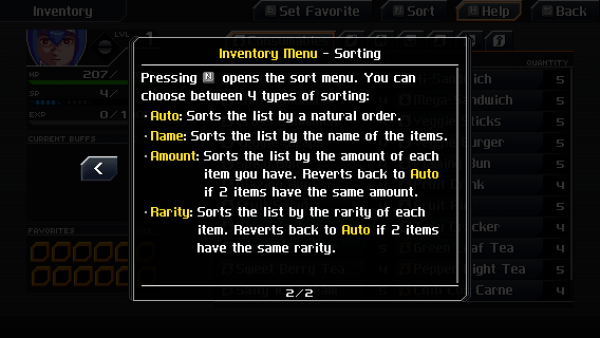 It includes several pages full of informative content to make sure that no feature is left unexplained.

Another feature Lachsen has been working on is something you won't see within the game, but which will result in faster creation of content: new editors for animations and effects. Especially the creation process for effects has been greatly simplified.

This is what we've been working with before: 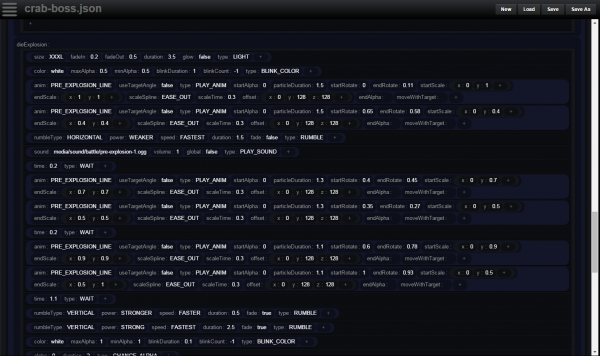 This is a generic json editor (custom made). It only helps you to write generic Json files and keep the formatting correct. It doesn't help you with the content otherwise. Editing effects this way means you have to know the names of all configuration options by heart - which is impossible (for us, anyway). So instead, we look it up or copy it from other files over and over again - and this takes time! Especially because our effect files have a huge amount of configuration options.

tl;dr: Creating effects with the JSON Editor is a pain.

Anyway, this is how the new effect editor looks like: 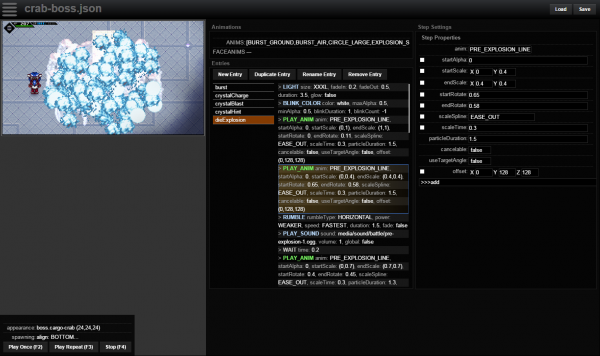 Not only does this editor list you all possible configuration options, it also provides you an immediate preview of the current effect. I really can't stress enough how much this helps with the creation of effects.

Let's just put it this way: creating effects with the new editor is actually fun!

So what does this mean for you? New effects will most likely be prettier and will be created faster (so we waste less time with it => more time for other content).

...Because we might plan to do the same for enemies~


Especially for all our German followers a small heads up: We'll have a livestream with Furkay on February 14th, 18:00 (German Time Zone) - Furkay will play the current dev version of CrossCode while Lachsen and I will talk about all kind of development stuff. All that talk will be in German - but maybe just seeing the current dev version might be interesting for some of you. Feel free to join the stream! :D

And finally, somebody from our team just got an age++: Happy birthday to Intero!

And that's all for this weeks update. Until next week!

I played the demo the other day and was really impressed. I think you will have no trouble getting greenlit!

This is so going on greenlight.

I wish you guys the best of luck.