Dev Diary #4 is the continuation of Cross Reverie's battle system features including elements, commands, status effects and the awakening system.

Dev Diary #4 is the continuation of entry #3 and wraps up the features of Cross Reverie's battle system along with the new awakening system.

Cross Reverie uses a rock-paper-scissor elemental weakness system which players can exploit to gain an advantage over element-affiliated foes. Many abilities and stigmas have one or more of the four elements: blaze, gale, terra and aqua, attributed to them which can result in critical damage, reduced damage or healing of the target. Certain passive abilities can also bolster resistances to an element or even give affinity to it. 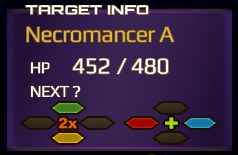 By default characters have access to the basic commands Attack, Critical, Guard & Items, on top of their character abilities and stigmas and some utility based commands can also be gained through accessories. Keep an eye out for special commands that may appear during combat! 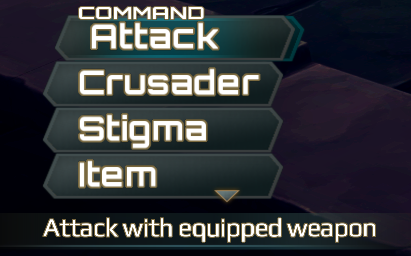 A core staple of any RPG, buffs and debuffs can quickly change the tides of battle through increasing combat potency or crippling the enemy. In Cross Reverie, they are sometimes found as an added-effect in specific character abilities such as Blank's Stoic Defender[Stoneskin] or Lance's Viper's Bite[Poison] or through the stigma system. At this time, status effects are denoted by icons over the characters. 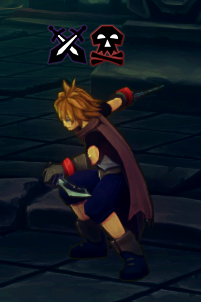 The awakening system ties in all of Cross Reverie's systems to add an extra layer of depth to combat while rewarding those with more careful resource and turn management. Performing one require a compatible sequence of character abilities which causes a weakening effect on the target known as an awakening. Based on the combination, this can result in a number of outcomes such as exponentially increasing physical damage to opening up vulnerability to certain elements, with the possibility of a finisher which consumes the awakening for even more mayhem.

The downside to this is that the participating characters take a very substantial delay to their next turns so players will have to think twice before committing. We hope to have more flashy sequences for certain combinations and discovering them all will require some experimentation on the player's part. 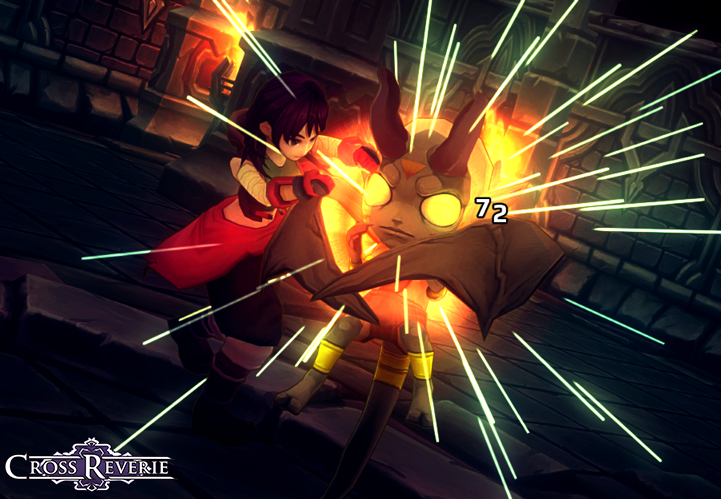 Hope you've enjoyed the intricacies of Cross Reverie's battle system. We still want players to discover things during their playthrough and as such, tried to avoid spoilers including a certain story-related system(transformations ). The battle system will remain a work-in-progress up until release as there's still much to be done to ensure that all the different components tie in well together and are as balanced and engaging as they can be.

Next up is the long awaited Gameplay Prototype v2! We've recently received quite a bit of feedback on the first prototype and looking to showcase some of the improvements as well as the new characters. Do not miss it!