Also: our first Steam Workshop release an our AAR contest. 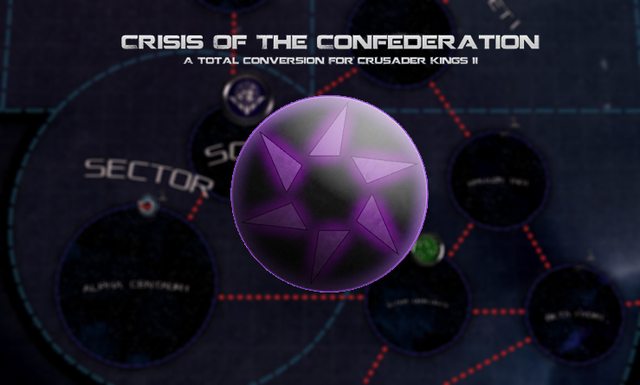 Crisis of the Confederation is a total conversion mod for Crusader Kings II, allowing the player to take the role of a military officer, politician, or crime lord amidst the chaotic political upheavals of the 31st century. It is set in an original science-fiction setting inspired by Fading Suns, Warhammer 40,000, Dune, and Foundation.

Our fourth beta release is once again mostly focused on fixing bugs, we've also made strides in another areas. Graphically, COTC is almost a completely distinct game from vanilla now, as we have completely replaced all vanilla models with our custom ones, as well as added flags for all titles. There are also a few new mechanical changes, such as new combat events.

Almost as important, we have finally managed to squeeze the mod (just barely, at 47MB) onto Steam Workshop! In honor of this event, and not at all as a shameless marketing gimmick, we are also announcing the Crisis of the Confederation AAR Incentive Program Contest! The rules are simple:

I'm looking forward to seeing what all of you can come up with!