Map Updates and Fixes coming up. Most maps still in hard development, and generally Team Deathmatch and Deathmatch is playable. CTF and other game modes still in heavy development. Inventory and Outload should have basic features in next update. The Main Menu outload still may require the background map. Thanks for some side help this issue should go away, and outload should work like in TF2 and Alien swarm, where a map load is not required to view outload in 3d.

Story Info:
darkrp style map. Players are in open world, can shop at gun shop. Do Some Missions. Interact with NPCS. And also do some classic rpdm and other classic gamemodes. Pairing the weapon outload with gunshop, so player can play on this map for the shop or try to find Items by wondering around.

The old office room with workers busy on computer 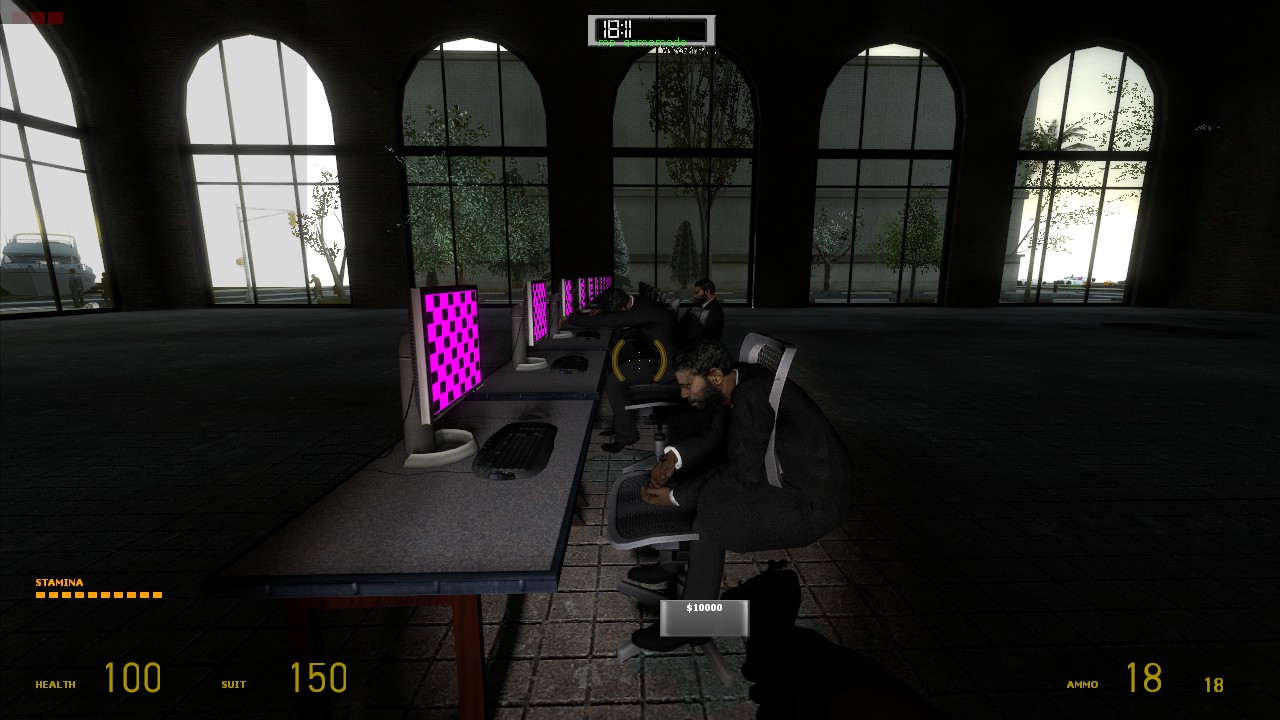 The outside of the gun shop 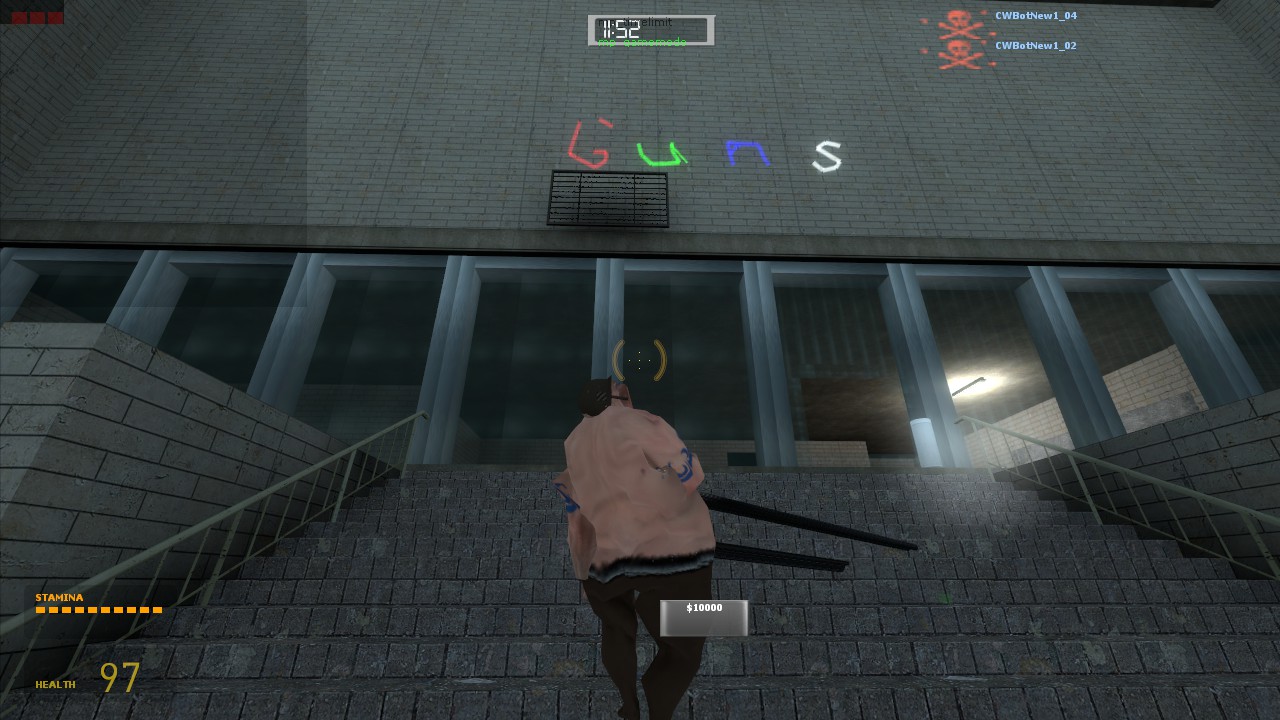 The inside of the gun shop 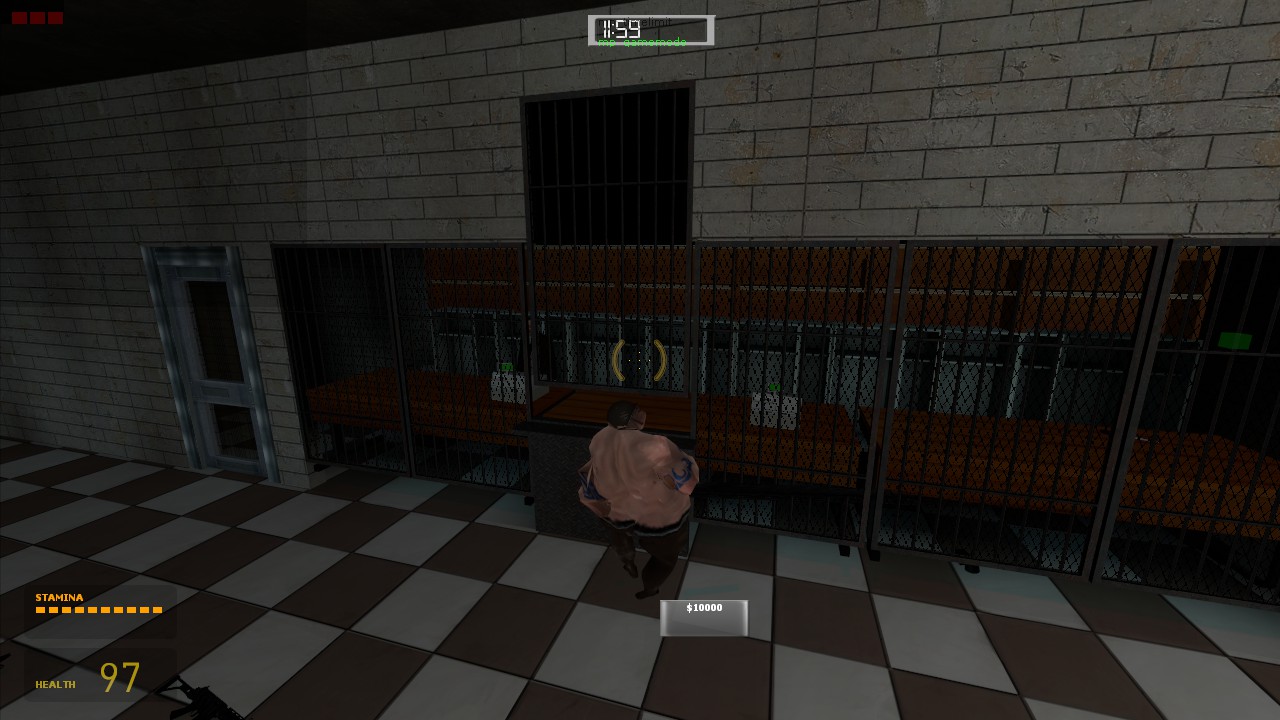 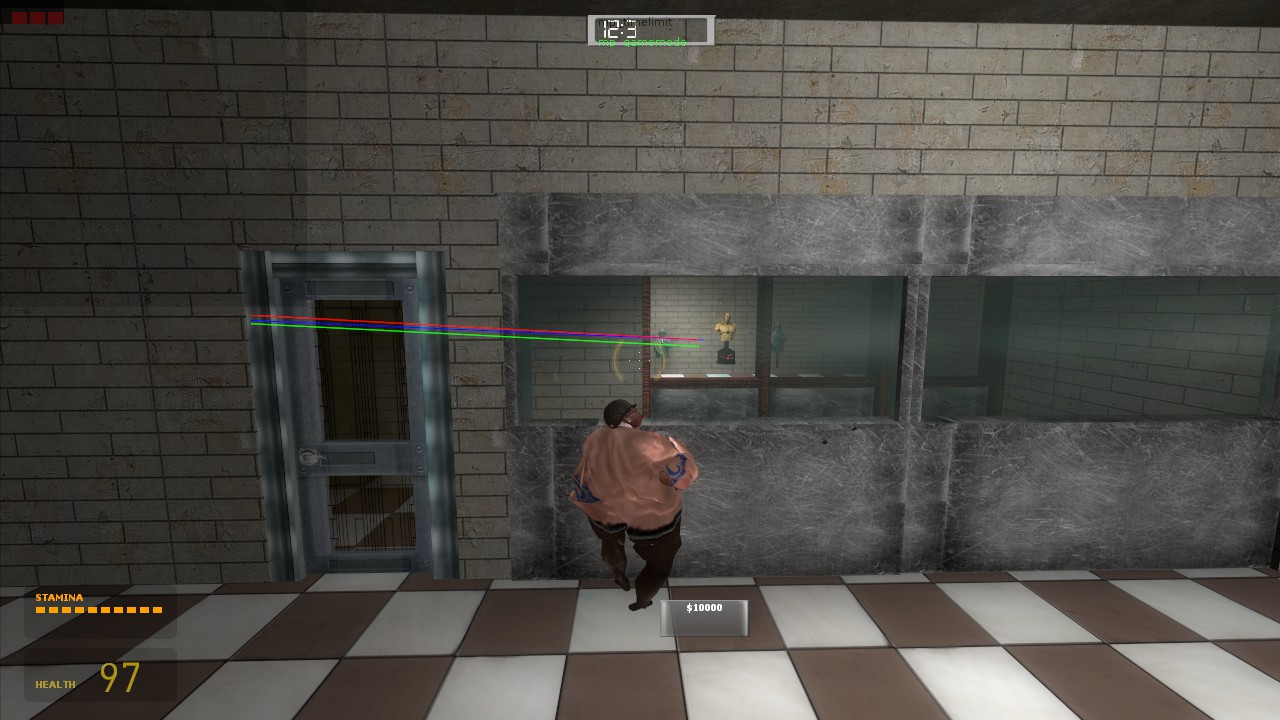 outside area- flying around in combine manta 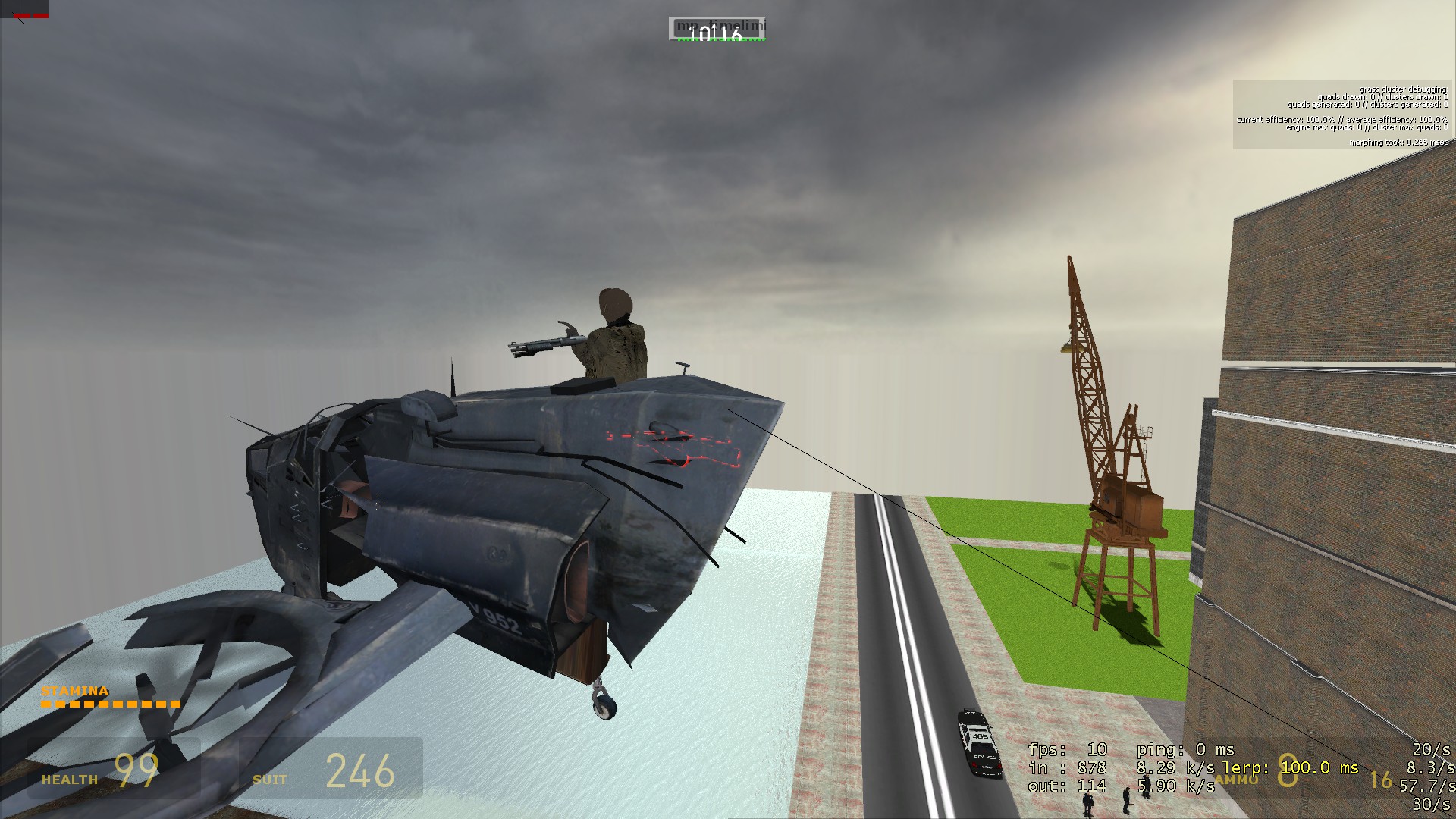 vehicle testing - but lots of explaing to do here... 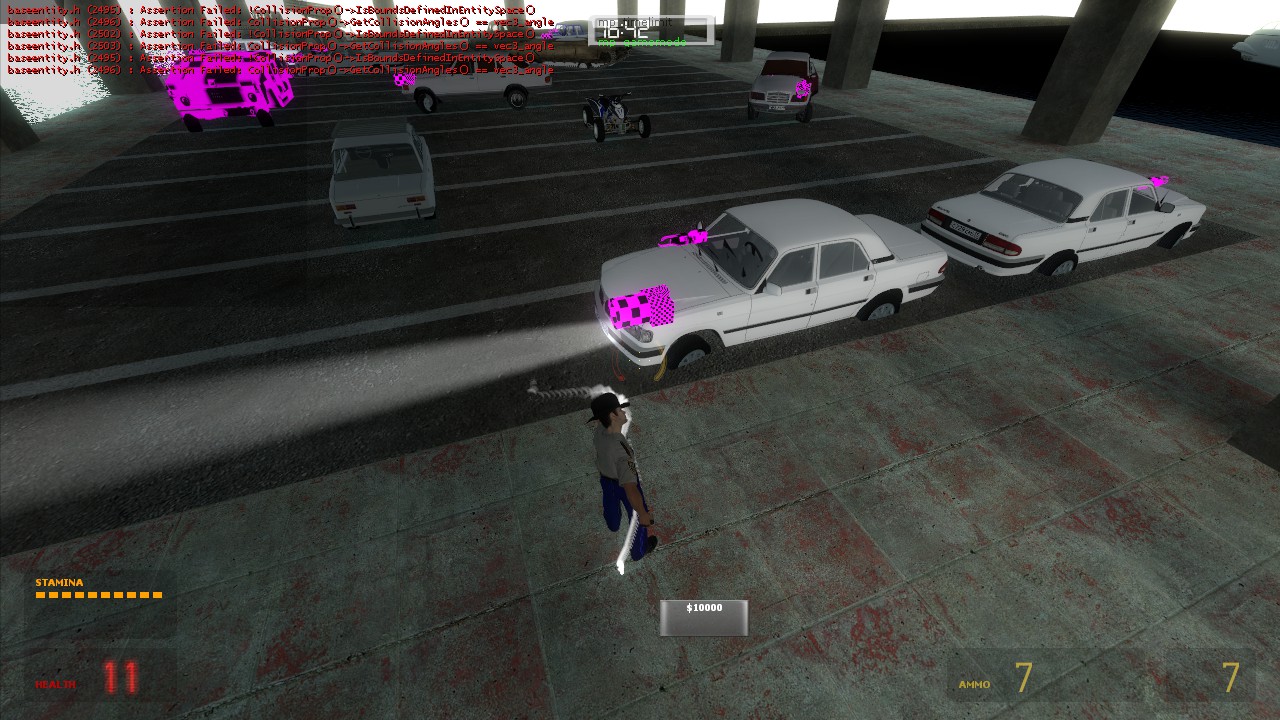 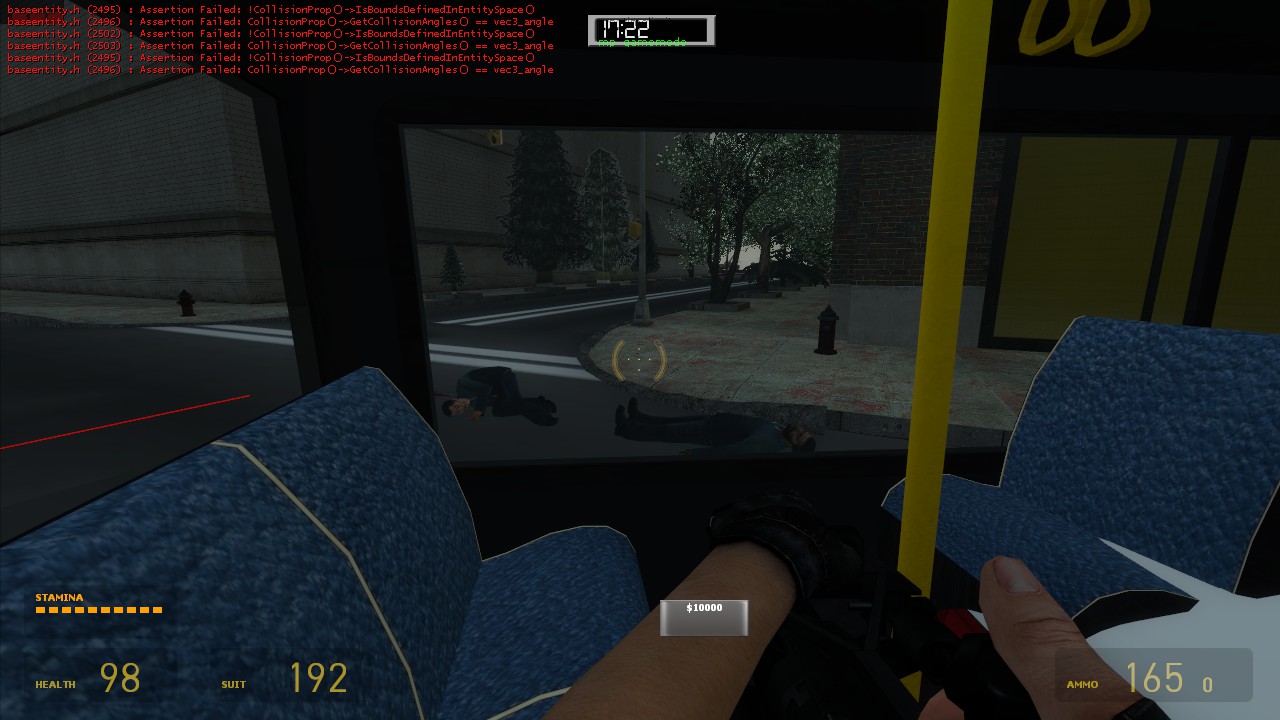 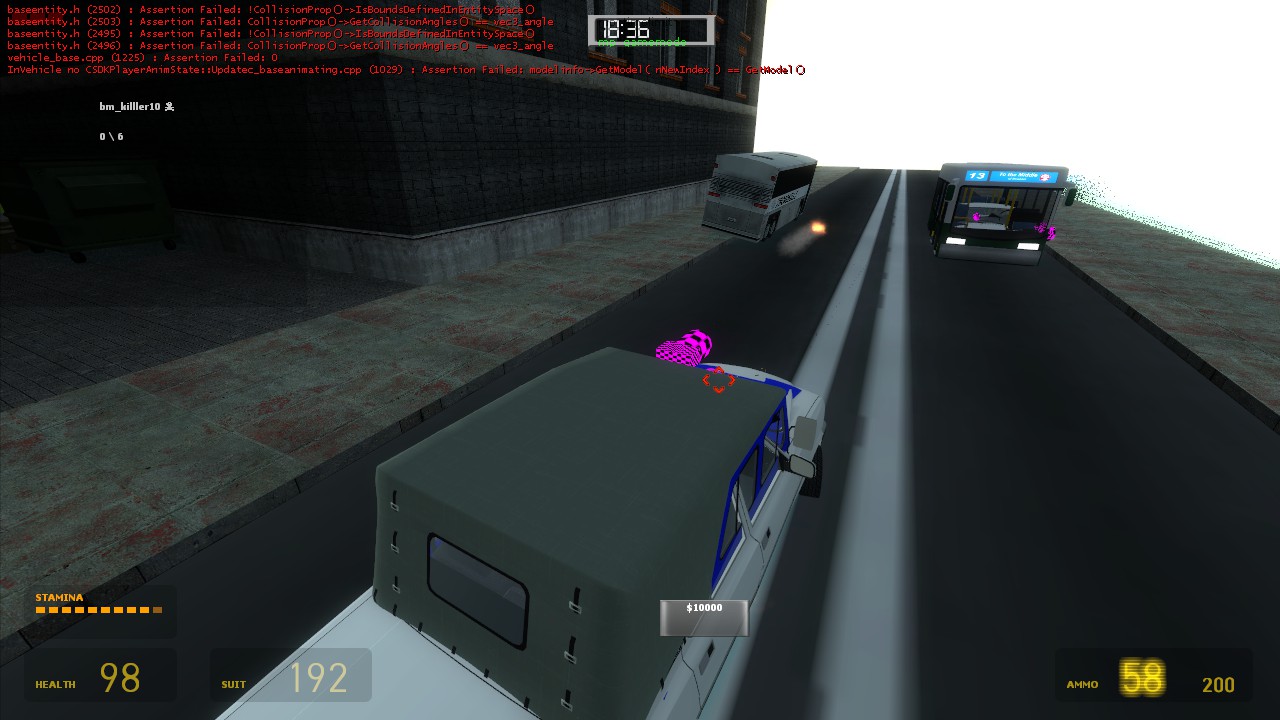 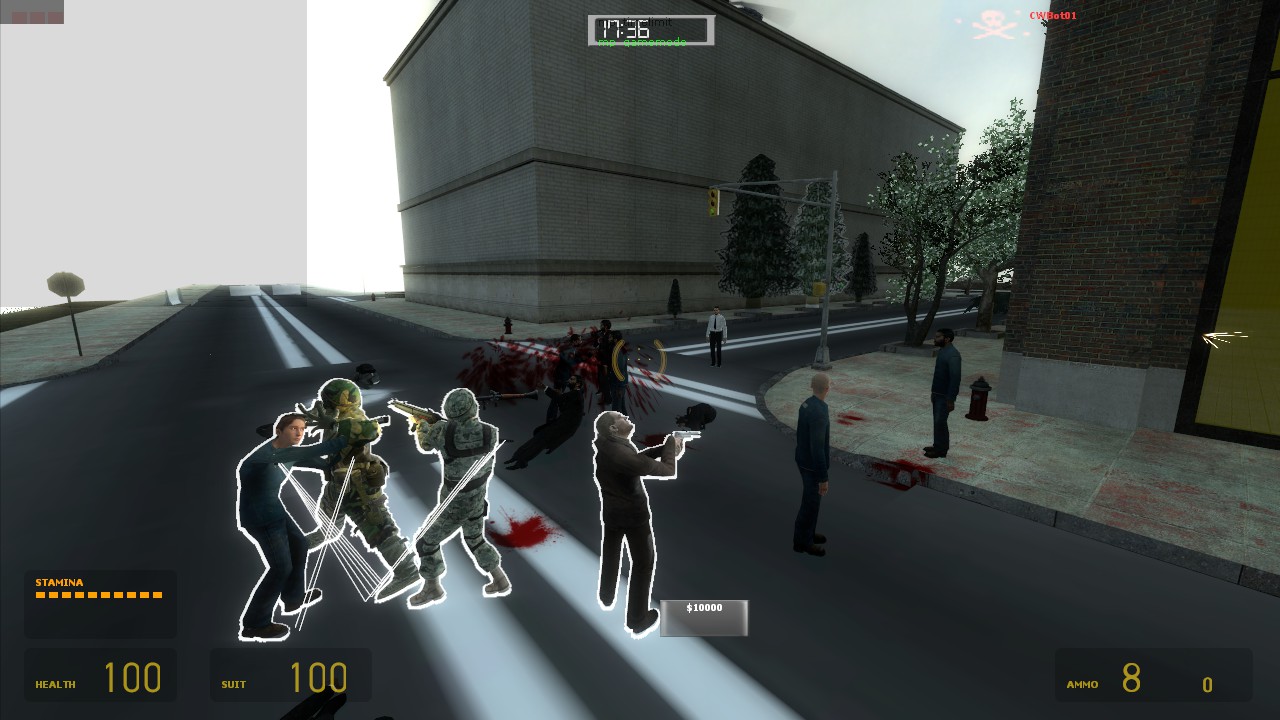 - version at unknown ??, because made by TheTalentedMrPB, so I dunno how many versions he saved.

Story Info:
Battle Royale style map. Players are in open world, can loot things. Do Some Missions. Interact with NPCS. And also do some classic DayZ style gameplay and other classic gamemodes. Map is big and can have long gameplay, new gamemode for this map, players get about 1:30 minute to start without being hurt before the battle royale begins!

Development Info:
Finding some physics error in vmf, seems to crash source engine currently. This map is a offset off the Crimewarssource.com DeathWish map, with freeway. Just this map a lot bigger.
Leave the forum for more info on this map. Better to make it more mystious, for now, with its new gamemode features. 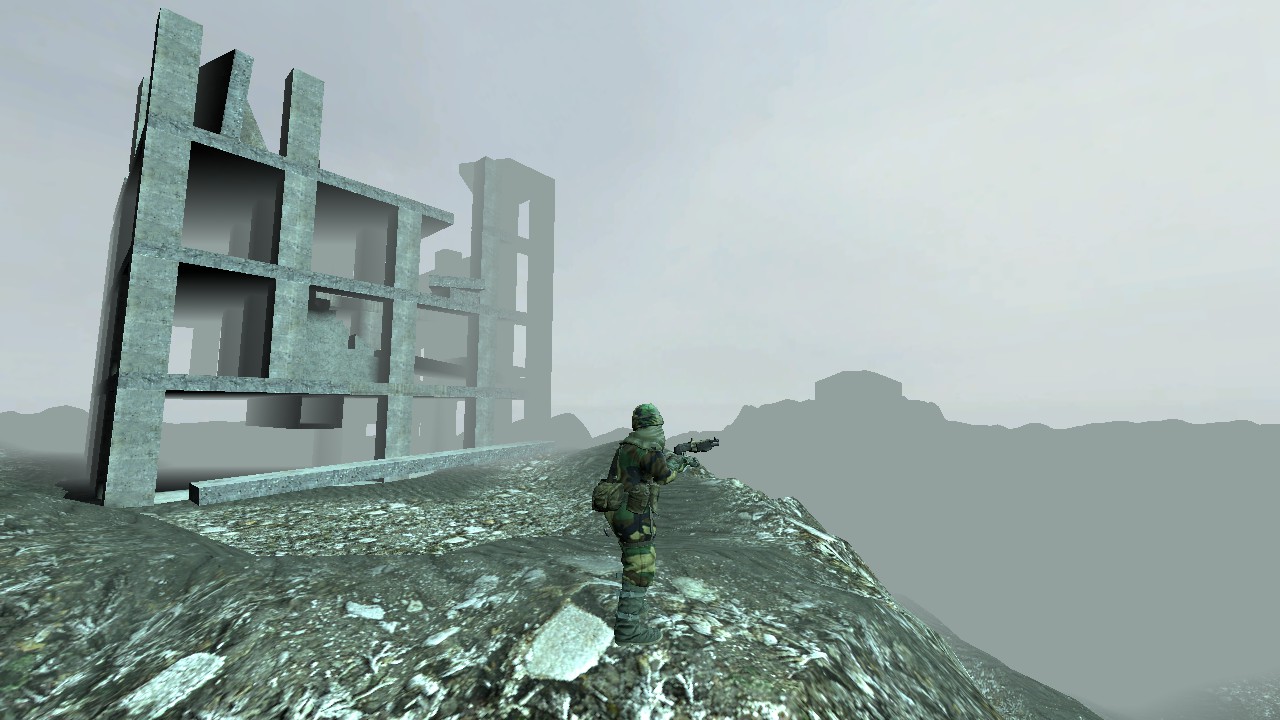 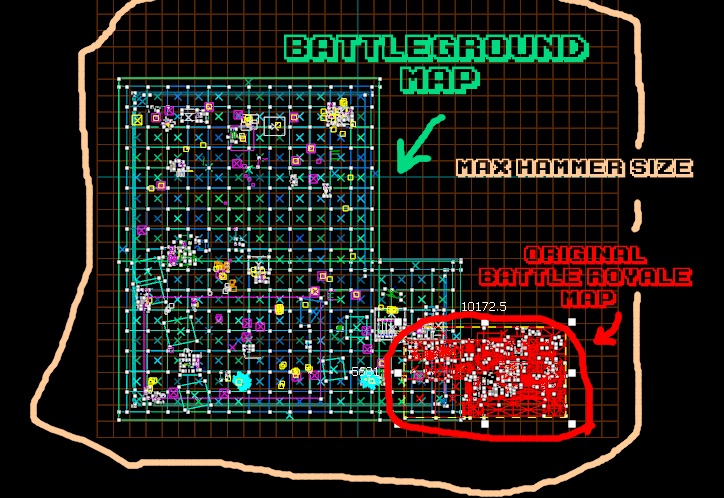 - version at 2box_12_21_59.bsp, had some error offsets, but still strong. Will have plain vanilla version.

Story Info:
CTF style map with COOP Missions. Quake/CTF Type map, with Volintary Quests/Missions players can use teleport in Respawn to do.

Development Info:
some uses of reflective texture and trigger_push. Has Lava. Zombies, and NPCs for Mission Fights 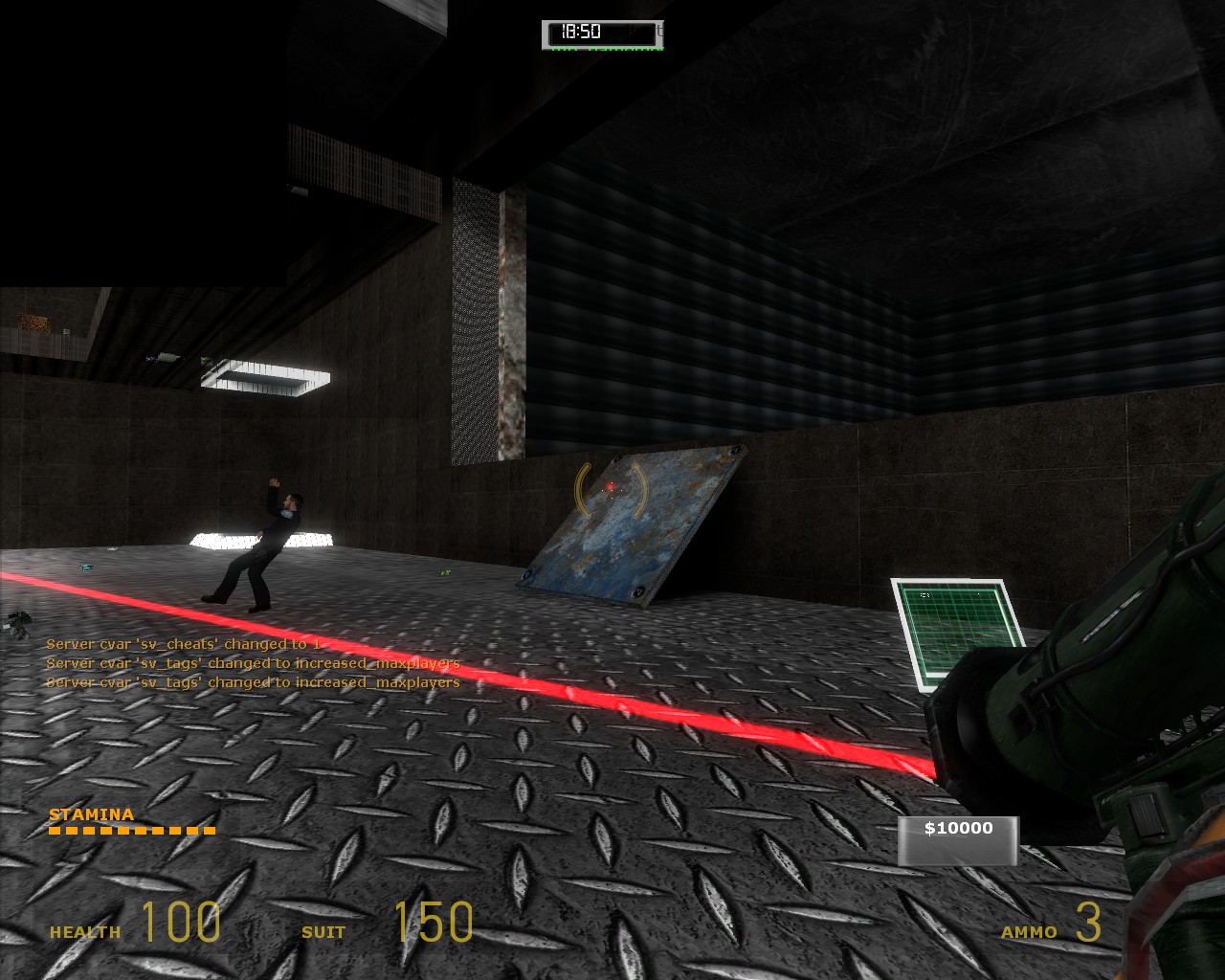 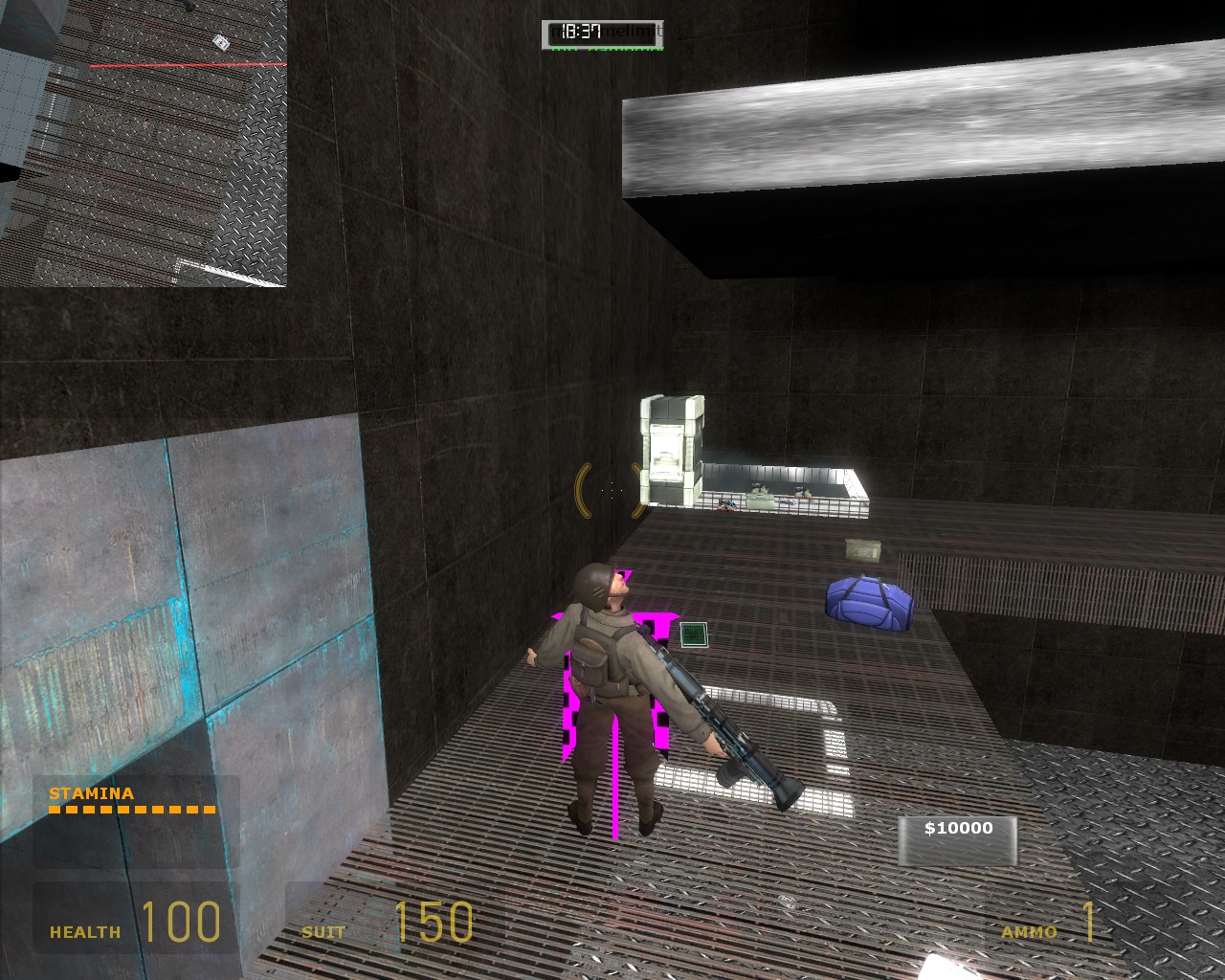 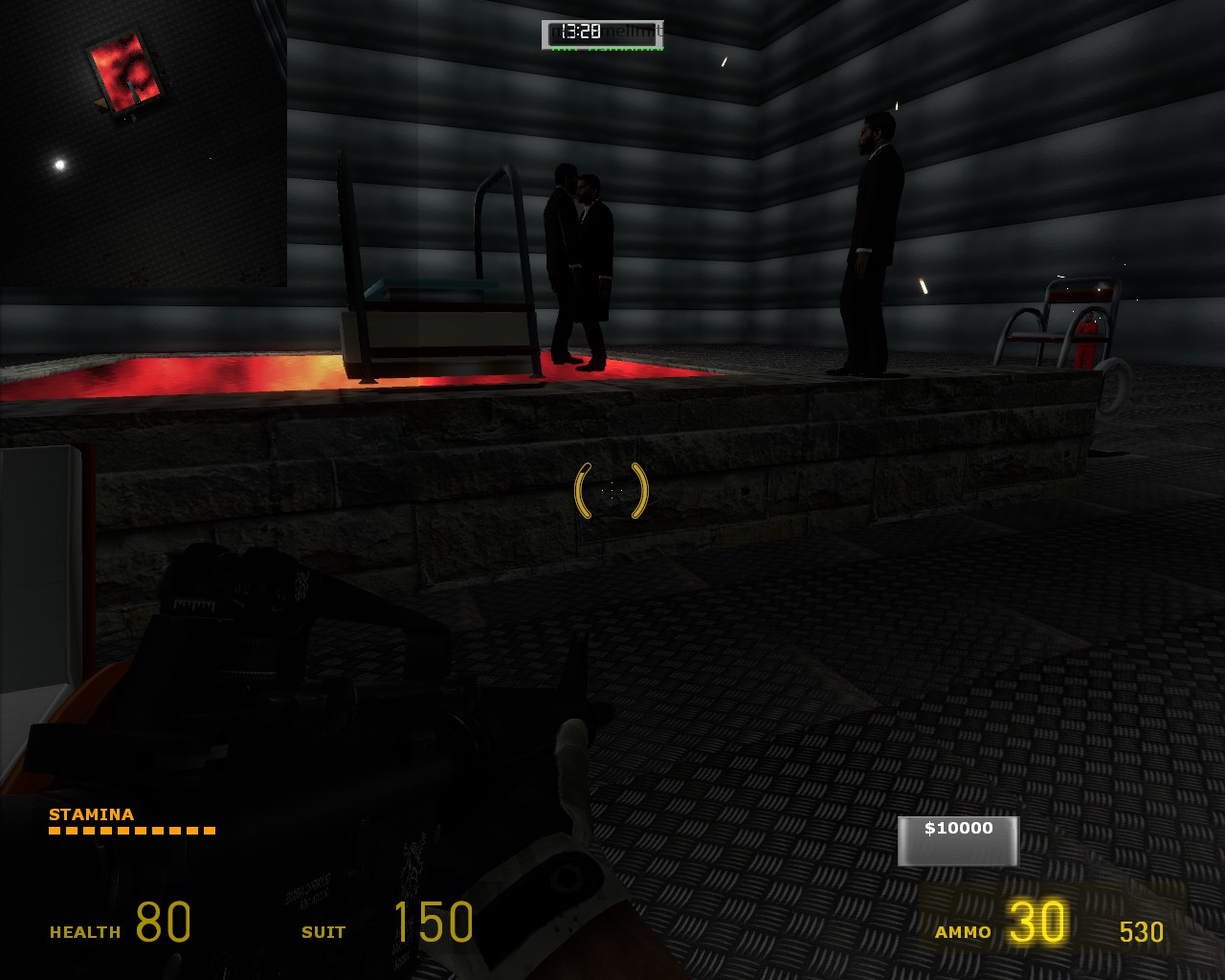 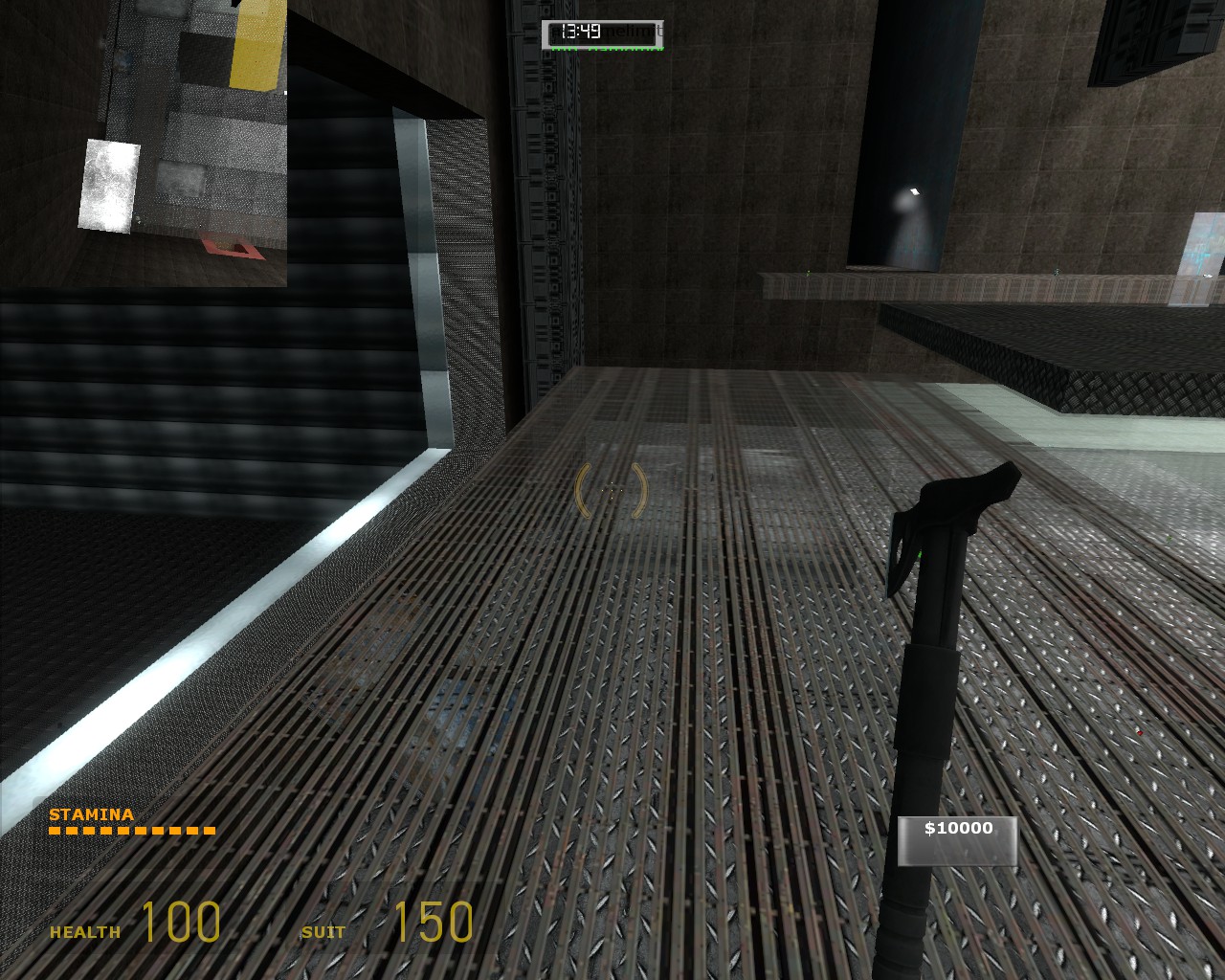 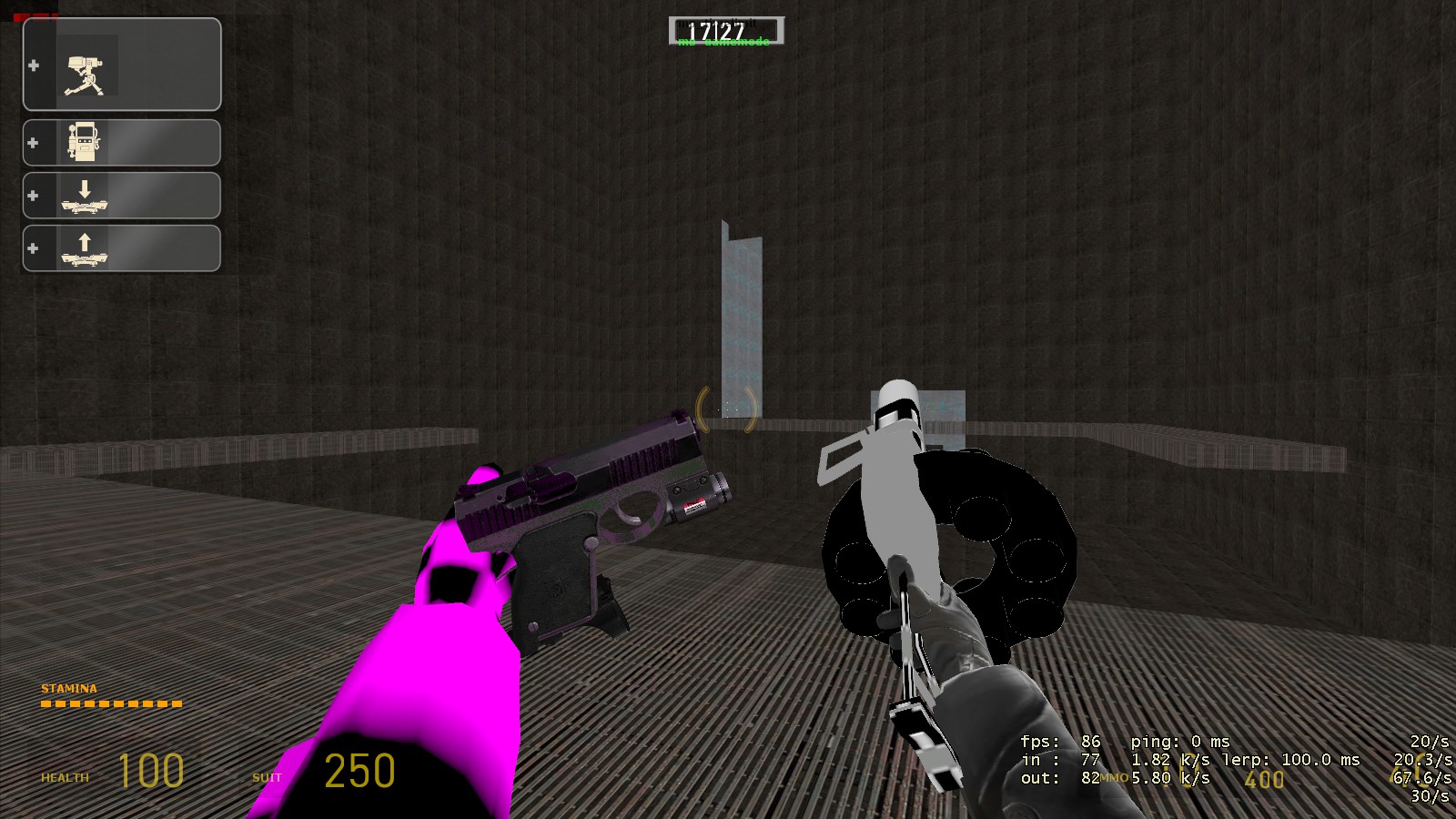 Story Info:
Open world map - with deathwish gamemode in mind, with lots of zombies and ways to die, mostly ment for solo play. 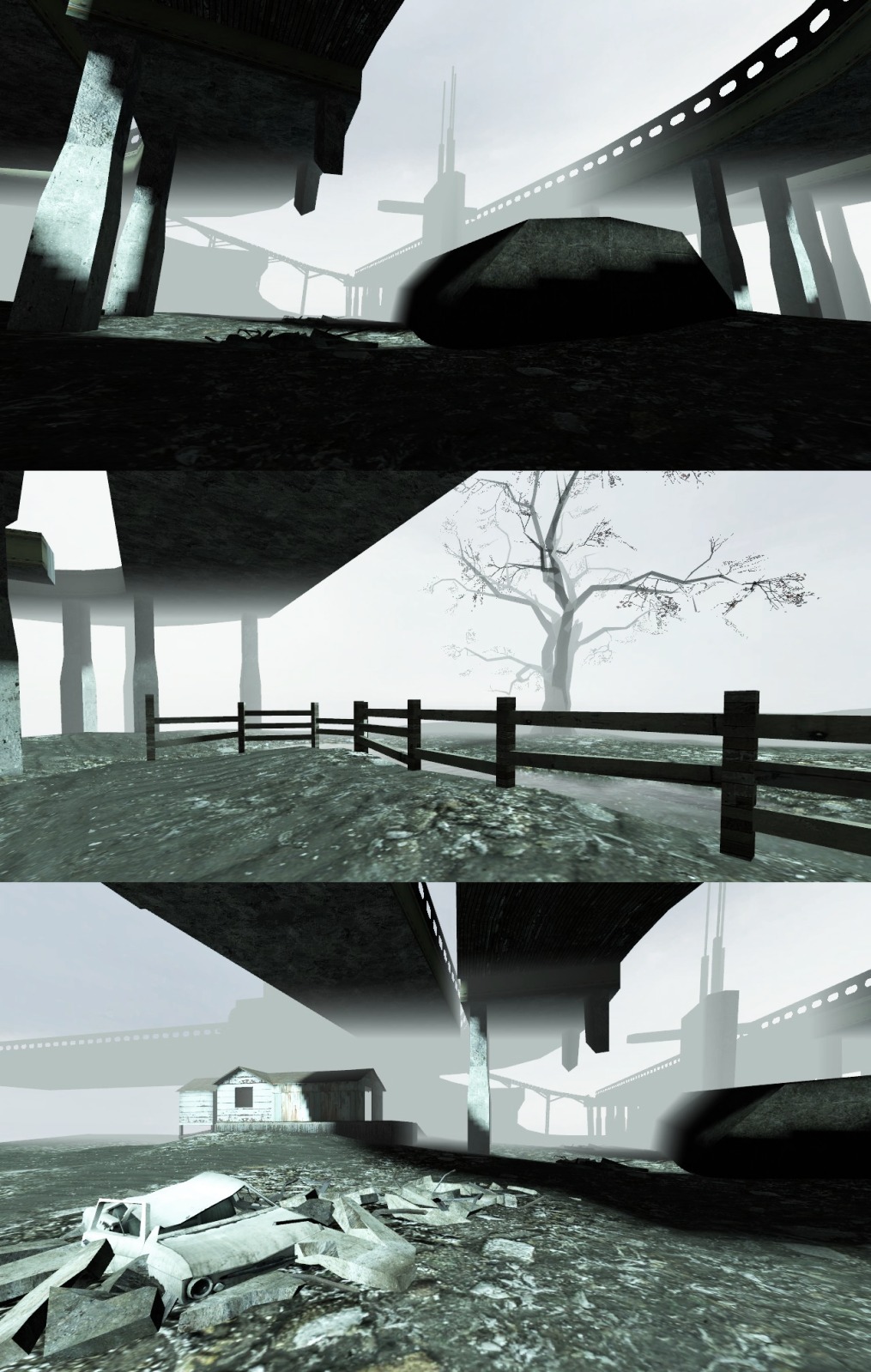 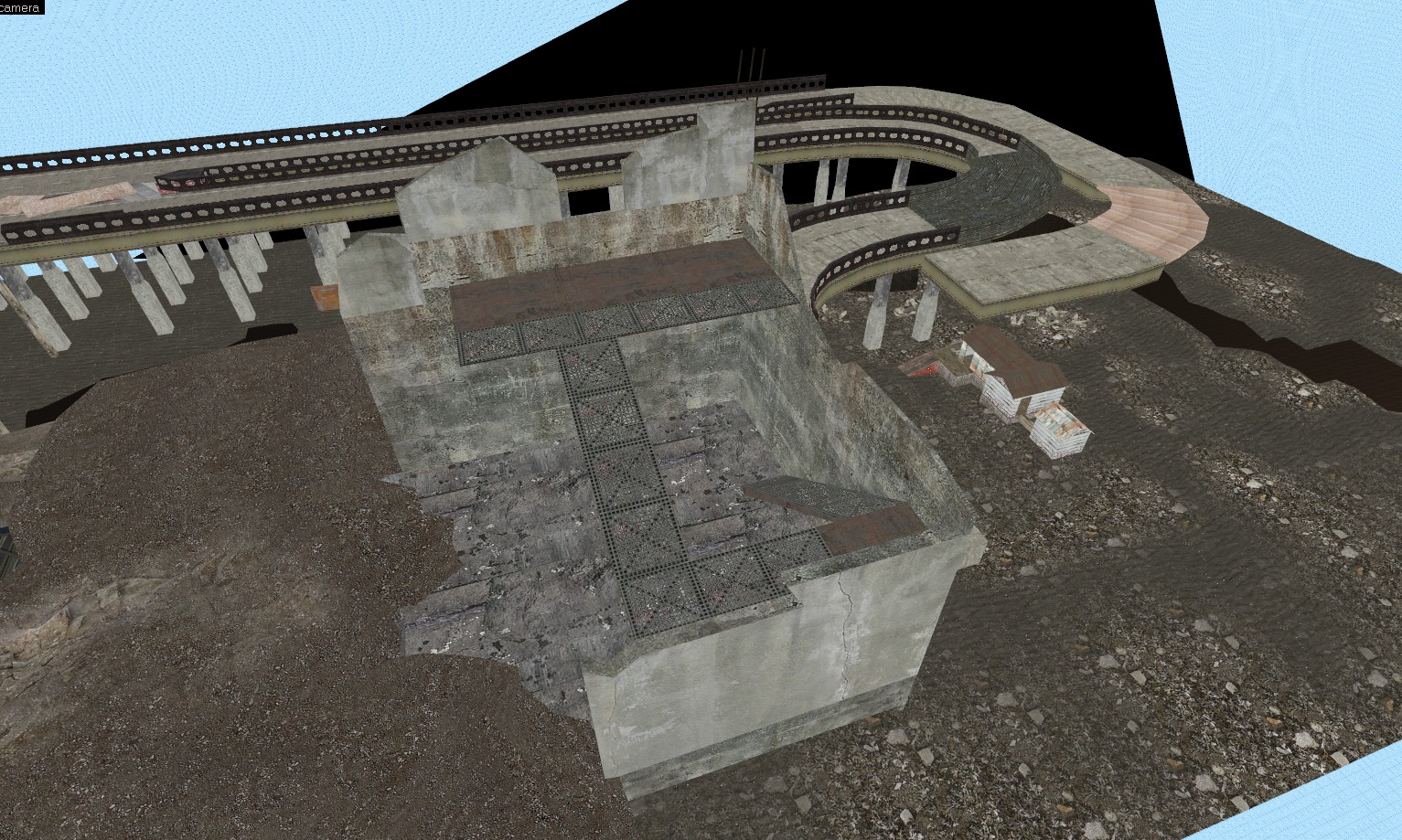 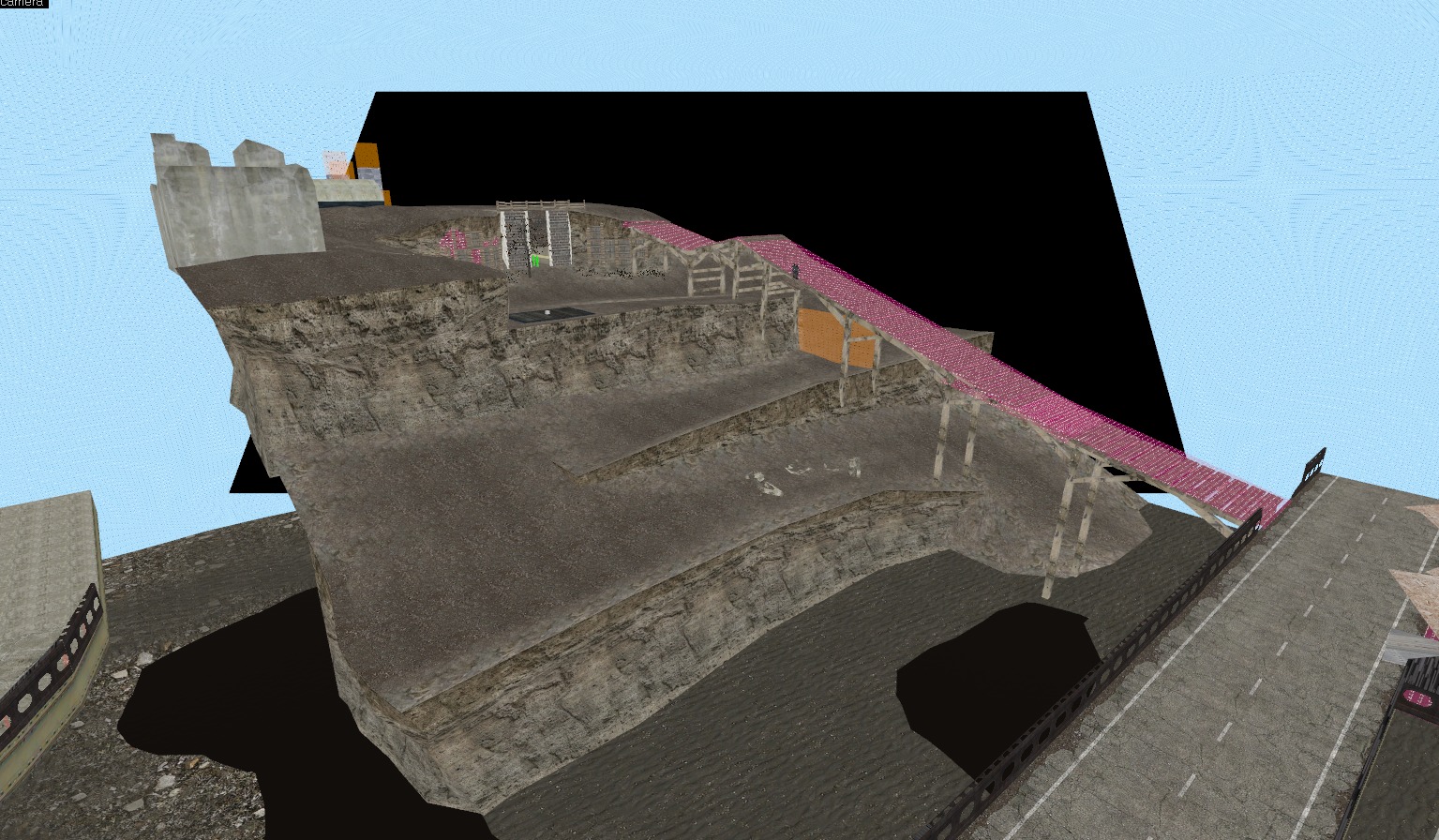 Updating maps/still working on:
doublehalls - vanilla and coop and zombie apoclypse versions.
GTA -city/car based map
jailmap - adding missions and more npc things. Fixed visleafs problems. Added more ways to escape. Finished the out side jail building.
prison20 - or prison map, need to fix the hl2 ladders to css style ladders, CrimeWars decided to go with css style ladders, over hl2 ones.
dangermap - needs recompile, finishing touches.
dm_longest_yard - quake 3 - deathmatch map, added zombies
cw_killbox - killbox crimewars style
lavapool - underground and more walls needed. Lots of test lavapools in this map
poolhouse - junk map, because used or mistyped - 'abused' the carve tool to make this map, and didn't scale it right. Will keep maybe a dev version. Maps need to be done from scatch. No reason to work on carve tool maps. This is the map where originally, the scene for finding crack mission was made.

Still need to decide on:
de_aztec_cw - started a little project that not even 50% finished. Need someones input if its good idea to put this css map or anouther one.
cw_de_cbble - anouther unfinished css convert map. probably lesss than 50% also.

Mac OSX: Mac Runs under Low settings so will release soon.. but can't promised a lot of stabily. And there is different Network Tables, from Windows Version... :/ , I tried to have the same ones, some error I didn't want to spend a week fixing, but it runs ok with debugger on.. still may play with it for a week before releasing.

Linux: Figured out some more fixes and Linux seems too be having similar problem as Mac, where memory runs out.. at some point starts not loading models and displays them as 'Error'. So CrimeWars needs definitially alot more optimazation.. right now with over 100 weapons in current verion and lots of characters this is getting to be one of the main problems. Anyway figure out something. And I think I shipped the debug version by mistake.. that also might add 2x or more lag.. woops. 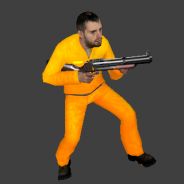 alot of purple textures will this be fixed in a new patch?

yea, the monitors, got textured with some cool funny textures, the weapon vehicle attachment, going to add its texture, haven't touched it in while. The Flag, wanted to make own CrimeWars custom texture.. I just thought it was funny to have a no texture for mod news update.

Looking at the screenshot that you showed of the level in Hammer i have to say that this map is really, very, VERY BIG!
It nearly covers the complete grid. That said, i do have my concerns because open levels from this size really do need optimasation from a high quality otherwise it will give huge lag. So i do hope you know your way around with the different optimisation technics that there are for hammer, (you may always ask me if you need advice with this).

The mapping itself does need quit some work i am afraid because a lot of places in the level seem to be made in just a few minutes, and some textures are badly alined or of a very wrong scale. But i assume this all will be fixed before release.

Know that a small well build level is always better as a very large badly build level. The player needs to have fun looking around, will he come back playing it.

yea, I like your points.. I have to did optimize battleground.. it was lots of func detail spamming from brushes. And the visgroups that look like blocks all over the map, but in open maps, its kinda the trade off. Its not a very bad trade off. Because for more open map game modes, need these open maps, like for the BR game mode we are working on. It should be DayZish. Where people have lots of room to loot and run around. But yea we need some help with optimization, feel free to contact us, if u have any free time.

Some of the more developed opened maps have tunnels also, those are optimized pretty well, I checked portals, and make sure there rendering only needed things.

The Linux/MAC builds seem to be running really low on memory, because of the 32 bit limit currently on source, and just the overal perforance. I got a dual core 1.4 ghz or something 3.5 gigs ram computer running Ubuntu Linux, and I gotta set it to lowest settings just to run the mod, with still missing models( because not enought memory to load)

long story short, we are now being forced to optimize more. I'm not sure get to everything by next release. The stragery seems like, release and release faster, because the details are backing up faster and faster.

Thanks for your input.