Post news RSS Creating the music for The Lion’s Song

Felix, Project Manager and Senior Sound Designer for Dynamedion talks about creating the music for The Lion’s Song.

Thank you very much for voting us into the IOTY Top 100!
We would love to see your support in the final voting, too!

However, today we hand over the virtual microphone to Felix, Project Manager and Senior Sound Designer for Dynamedion, who talks about creating the music for The Lion’s Song:

ATTENTION SPOILER ALERT : Reading this post will reveal some insights about The Lion’s Song: Episode 1 - Silence, helping to explain the grand finale at the Musikverein in Vienna.

Dynamedion has been around for a while – founded in 2000 by composers Pierre Langer and Tilman Sillescu, the company has contributed music and sound for well over a thousand of projects and grown to become one of the biggest Game Audio Studios in Europe.

Still, when Gregor approached us about creating the music and sound for The Lion’s Song, it was a first for us. We were both surprised and thrilled to hear that the protagonist of the first episode would be a composer – and we knew immediately that the music for a game like this would have to be something else. Here’s the story of how the music for The Lion’s Song came to be, bumps in the road and detours included.

Gregor and his team came to us with a strong musical vision: not only would the music have to convey a range of intense emotions from loneliness and loss to elation and bliss, it would also tie into the game’s storyline itself and develop over the course of the game based on the player’s choices, working as a signal for inspiration and, ultimately, feedback and reward for completion of the game. 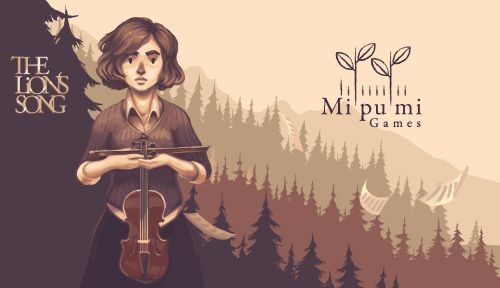 While the game is set in the early 20th century, the team felt they would like to contrast the historical setting with some more modern sounding elements in the music. Finally, they asked us for a layered approach, with a unified mood theme that would work as the background music throughout the episode, and three different layers to fit the mood theme that would indicate sources of inspiration during the game and serve as the closing theme, with the tone of the music depending on the choices the player made. The original briefing for these layers was:

1) Ground-breaking composition (super-good ending): Wilma started listening - truly listening - to the things around her, the noises and sounds transforming, melting into melodies, articulating breaks where least expected and never-heard instrumentation.

2) Entertaining (love) composition (good ending): The new found strength she gained in the calls with Leos is mirrored in the song, inspiring the listeners and leaving them with a feeling of “yup, that’s what it’s like”.

3) Mundane composition (mediocre / “bad” ending): She stood by her strategy of blocking everyone and everything out. Her composition is mechanical, employing everything she has learned in theory but remains without heart.

So, all in all, the briefing was quite intricate and quite a challenge for us – but who doesn’t love a challenge :-)

Wilma, the first episode’s protagonist, is both a composer and a violinist – we discussed deliberately not using the violin as lead instrument to make the music more abstract, but since the tracks would be played to a concert setting at the end of episode one, we went for the obvious choice after all (and ultimately didn’t regret it).

The Mood Theme, serving as background layer was settled really soon – by the second version we had what would be the final track.

Creating the inspiration layers proved more difficult. We submitted four or five versions for the “super-good” outcome but none of them, while well-produced, hit quite the right spot for a game as extraordinary as this one – they were either too modern, or too classical, too polished, not thematic enough – hitting a bump like that can be frustrating all round: the dev team knows what they want out of the music emotionally, but aren’t sure how to translate it into musical terms (which can happen even with an audio director as well versed in music as Gregor), the music team are trying their best but can’t quite grasp all aspects of a game they know only through storyboards and stills and thus fall short of the desired effect.

Luckily though, at this point Tilman and I met Gregor and Stefan at Quo Vadis 2016 in Berlin – after their talk on how much work it is to get outsourcing partners to do exactly what you want, ironically. This meeting proved to be the decisive breakthrough – we traded ideas and musical references back and forth, Tilman and I learned a lot more about the intricacies of the game, we had a good time and we went home with the feeling that we might just get there yet.

And indeed, the next version we sent was much better-received than all previous ones. Finally, we had an arrangement and a sound that worked, as well as the first theme. From there on out, the feedback revolved around specifics rather than general choices – change some details of the theme, remove or add an instrument here and there, change the mix etc. We still ended up trading quite a few versions back and forth, but finally we all felt we were getting there.

One thing that didn’t work out as planned was the layered system ingame – the original plan was to have all layers (mood and three inspiration tracks) playing in a loop simultaneously, with the inspiration tracks muted and only being faded in when an inspiration source was discovered. It turned out that, while this was a nice idea, it would have ended up crashing the game. So ingame, the inspiration sources were represented by little jingles created by Gregor from stems of the tracks – playing the game, it ultimately works just as nice. The ending of The Lion’s Song: Episode 1 - Silence then is wonderfully interactive, with the three tracks split up into stems and mixed together based on every little choice the player made during the game.

Summing up, creating the soundtrack was a long and winding (and occasionally bumpy) road. But at the end we were rewarded with a soundtrack we are immensely proud of for a game we hugely enjoyed playing. Mi’pu’mi is a wonderful team that it’s a great pleasure to work for and with and the experience made us look all the more forward to both playing and composing music for Episode 2 of The Lion’s Song – which we meanwhile did.

But that’s another story for another time....

Additionally, we present you a fine selection of new screenshots: 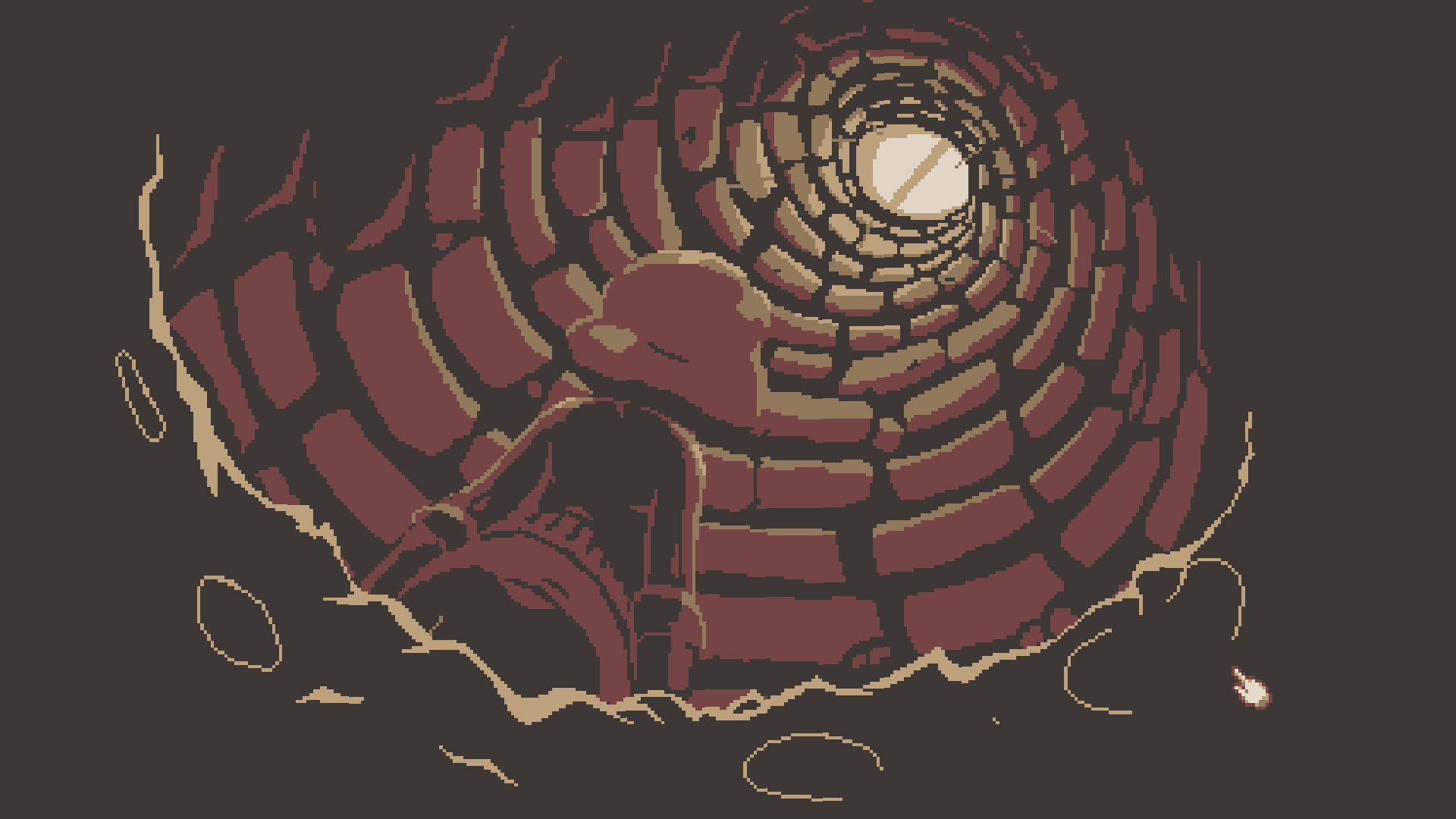 The "Well Dream" in Episode 1 - Silence is one of the defining moments for Wilma. 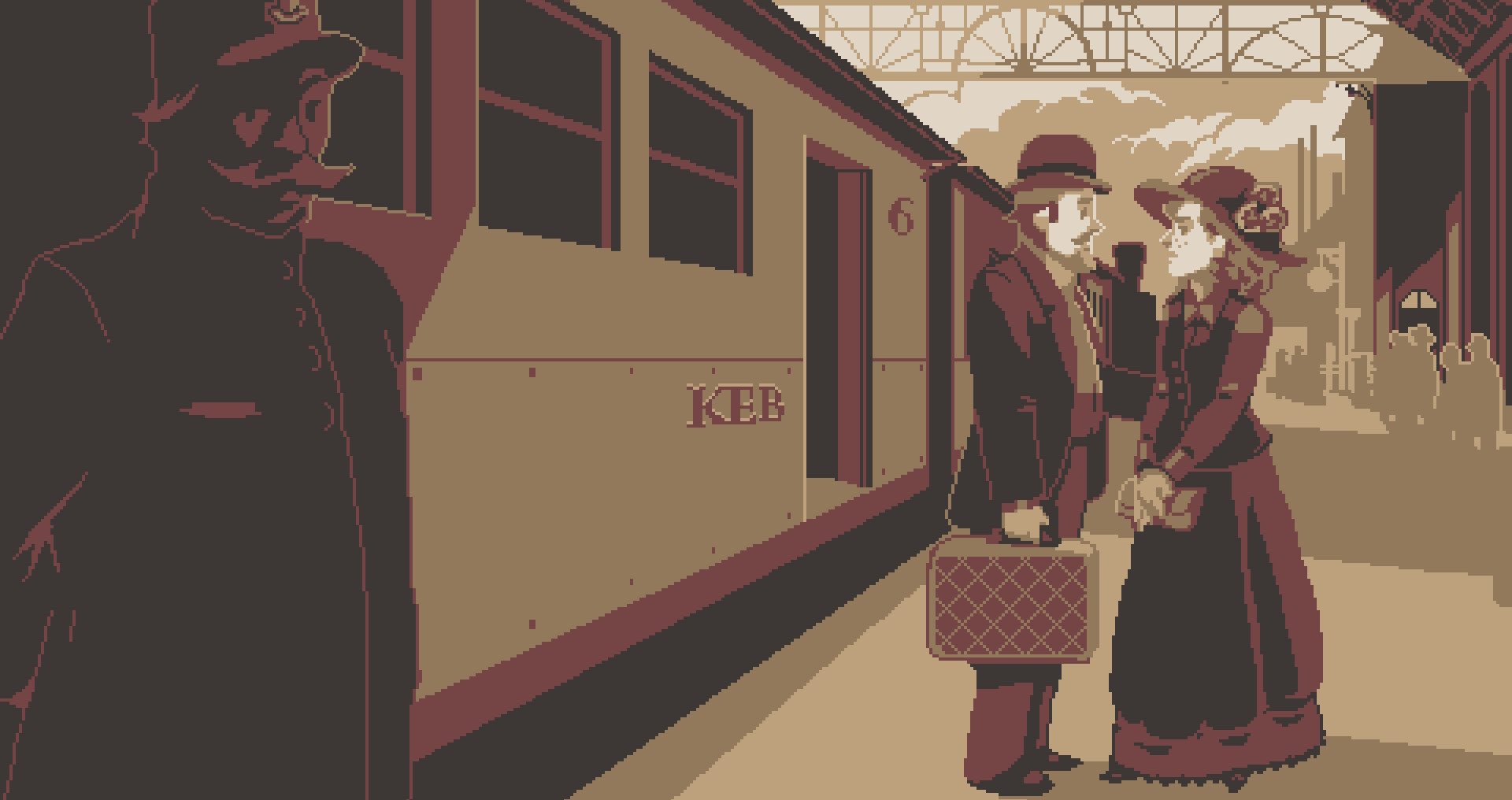 Episode 2 - Anthology starts with a rather interesting and somhow even funny fare-well... 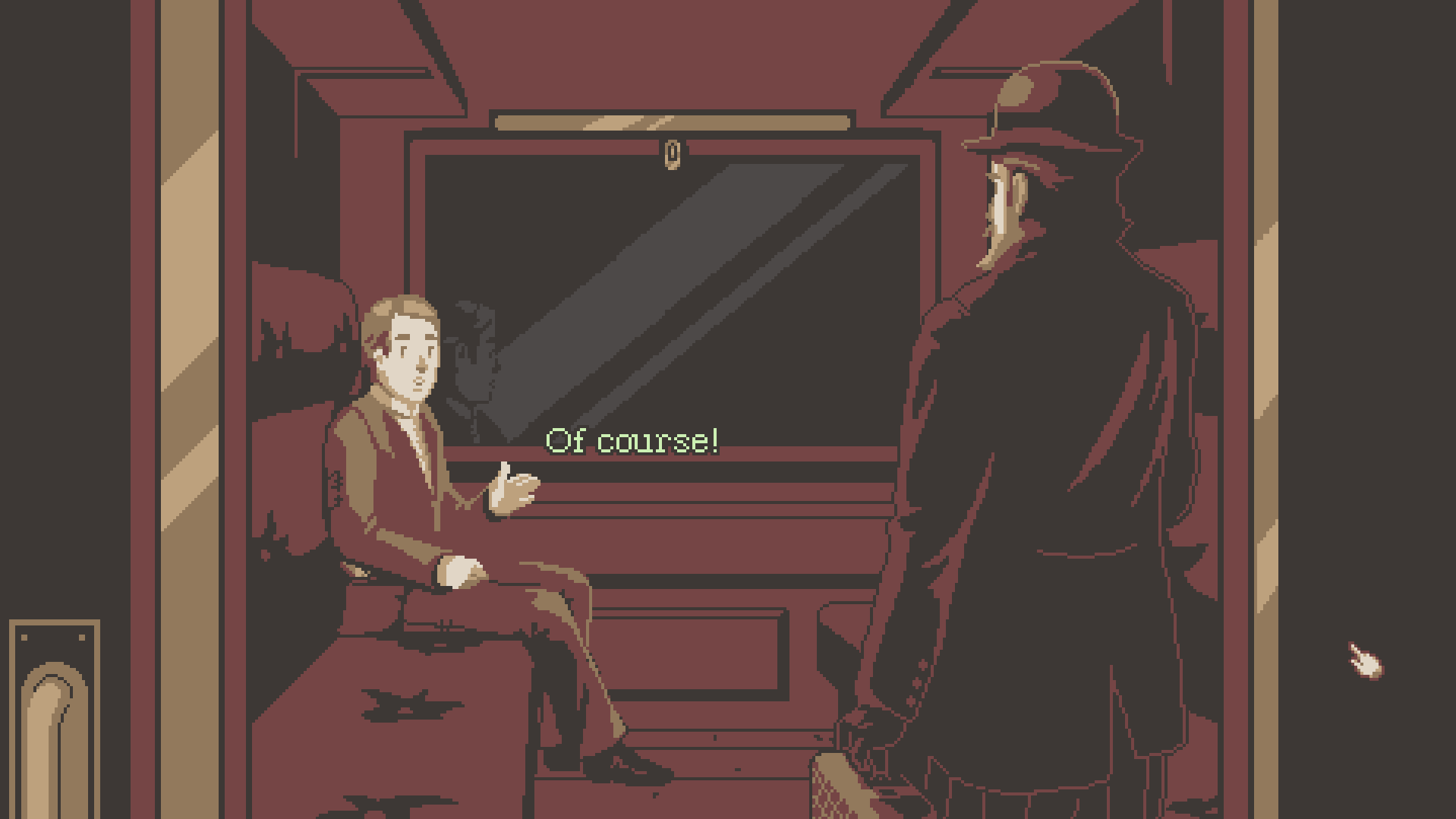 ...and another meeting in the train compartement we already know from Episode 1. 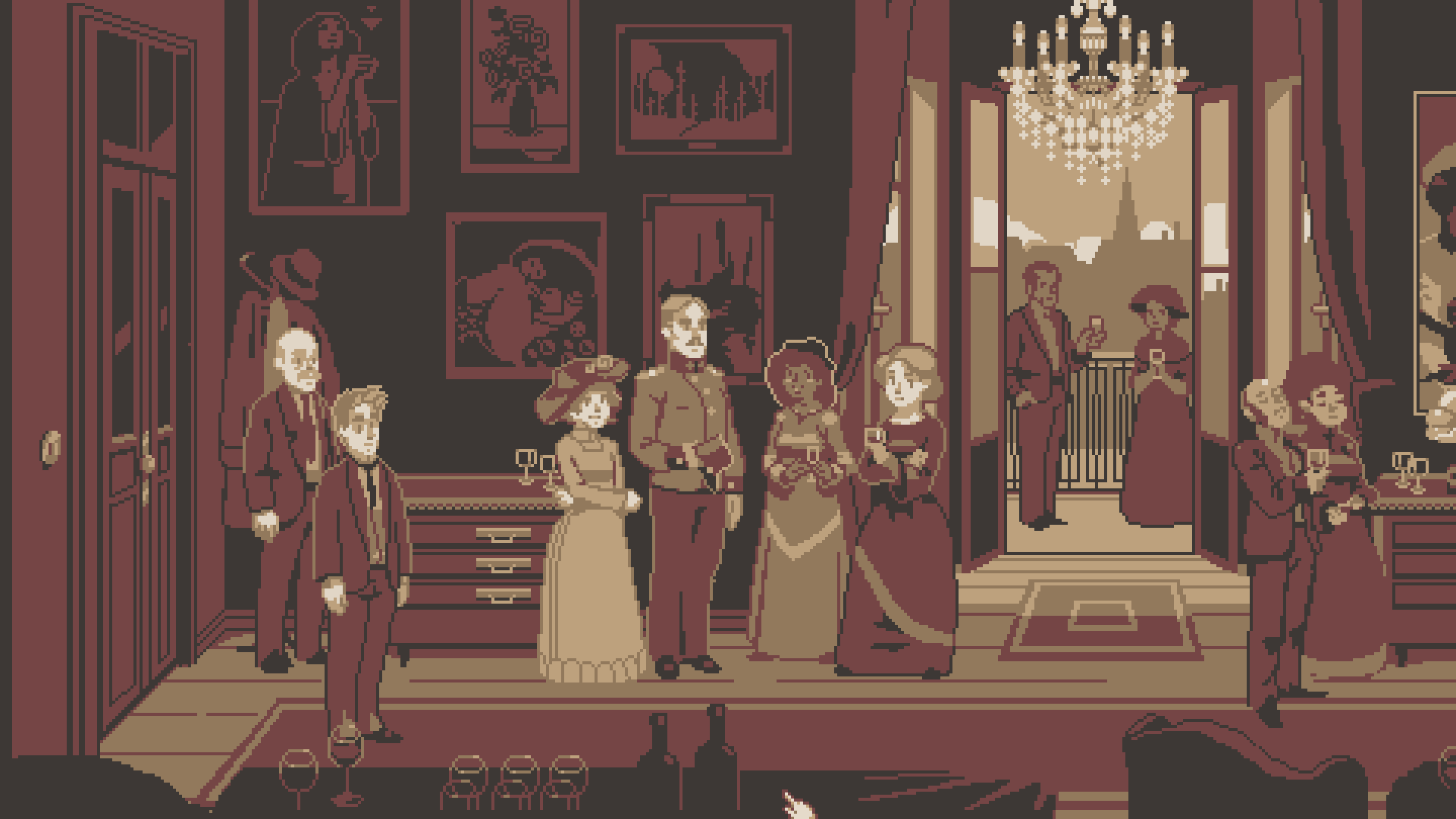 Franz Markert makes a quite stunning first appearance in the Viennese Art scene... 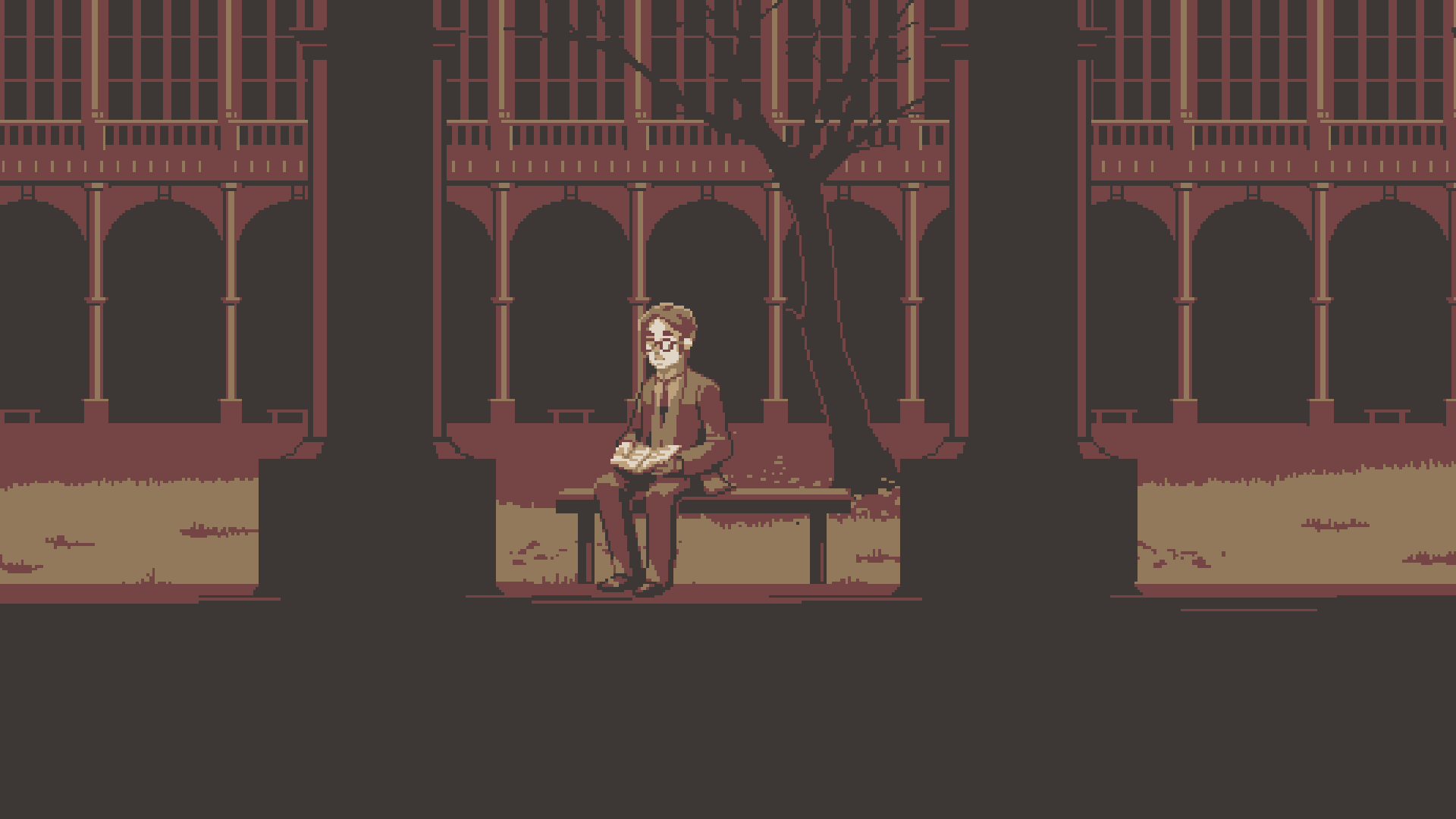 ...and here we have a very first glimpse at someone from the next episode of "The Lion's Song!"

reminds me TinTin adventures somehow. But very artistic approach. And as you know, a very artistic game lacks a basic satisfaction... killing skeletons in the dungeons!
good work.