A summary of the plans for the release patch: a new seasons system, world customisation options and the ability to finally craft the Rusted Blade/Armour.

The next major patch for Crawle is 1.0.0! This is going to be Crawle's most significant patch so we'll be implementing a fairly big and complex system into the game for this patch. This system will be the seasons system. 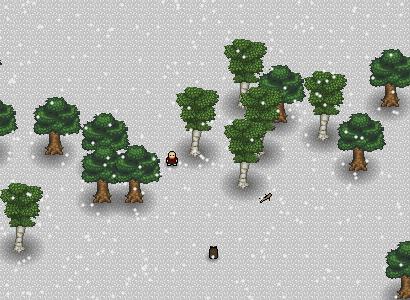 Your world will cycle through the four seasons (winter, spring, summer and autumn) and each of these seasons will bring about their own unique effects on the world. For example, as you can see from the image above, the grass turns to snow in the winter and in the autumn, tree leaves will begin to change colour as well as fall off.

Another major change is that in the winter, your crops will be destroyed. Rivers will also freeze over allowing you to simply walk over them but will not allow you to drink from them nor fish in them. 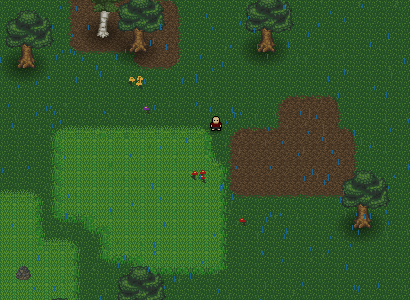 The next big feature is world customisation options. Don't want fruit bushes? Don't want swamps? You'll be able to customise a lot of the various things that generate and choose whether or not you want them in your world. The details of this system are still being worked out and we'll talk about it more as we get closer to finishing the system (we're currently focusing on the seasons system). 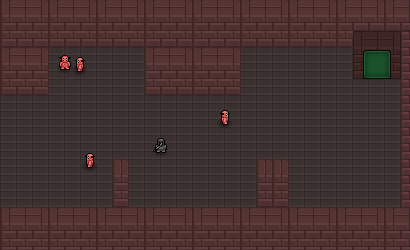 As always, this release will also bring a variety of changes and fixes - especially for multiplayer. We're not sure when this patch will be ready by but we're currently aiming for late June at the moment. You can view the current changelog (as of today), here: Pastebin.com

Sekaru,
I don't know quite how much recognition Crawle has received, but I hope you know that your dedication to continuously updating this game does not go unnoticed. Crawle deserves much acclaim, from both critics and consumers. I hope that, as a result of the full release, it'll reach an even wider audience that previously hadn't heard of the game. You've certainly earned such recognition.

Thanks a lot, really appreciate the support.

Me (programmer) and two artists. Thanks ;]

Im having a huge problem. It wont install i left it for 3 hours (no joke) and it just kept getting stuck at the middle.

Never mind got it working! :D
Also can berry bushes grow back? If not they really should :)

Yeah they do, just very slowly. Thanks a lot ;]

I really want to make something like a mod for this is that possible?

I don't think so. I've looked into creating a modding system in the past but never got anywhere with it.

Ahh ok. I just saw some on the forums and wondered if i could make a mod that changes stats etc and new items and that.

Heres some features i would love to have in.
Trading/shops
Economy
More npcs

I just love to have trading etc.

Goodluck with the game :)

You can trade with villagers. Thugsta's mod is more of a graphical mod - those are 100% possible but mods that require any programming aren't possible.

Oh i never saw because i have never found a village. :)

But great thanks for the info!