In Dead in Vinland, there were some things we wanted to improve compared to Dead in Bermuda, like crafting !

Another area of Dead In Bermuda which was on on top of our “TO MAKE BETTER” list was the crafting system.

We had only a dozen possible crafts in the camp, with no real strategy other than doing them all, in a predefined order. You COULD potentially craft them in another order, but since you had to RESEARCH them before being able to craft them, and the research list was fixed… In reality, it was very hard straying out of the predefined line. (and I’m not sure it was any beneficial, except for some specific cases).

So we decided to review our system globally, to be more in line with our intentions. We wanted choices here for the player, and most of all, we wanted a system that would be interesting in the long run.

First choice: EXIT the research system. You can from the start craft any building you like for your camp, considering you have the resources… That in itself is also a big constraint, if we made crafts that needed special resources you can’t find in the beginning of the game, it destroys all the purpose of giving choice to the player.

So we also balanced the costs in resources for our crafts so that there are no big leaps between buildings. I wanted that at any point, the player could ask himself: “Okay, I have 10 Wood and 10 Rope in my inventory, I can craft A, B, C, D, E, which one would be more useful to me right now?”

There sure are differences between crafts’ needed resources, but they are more subtle than before. 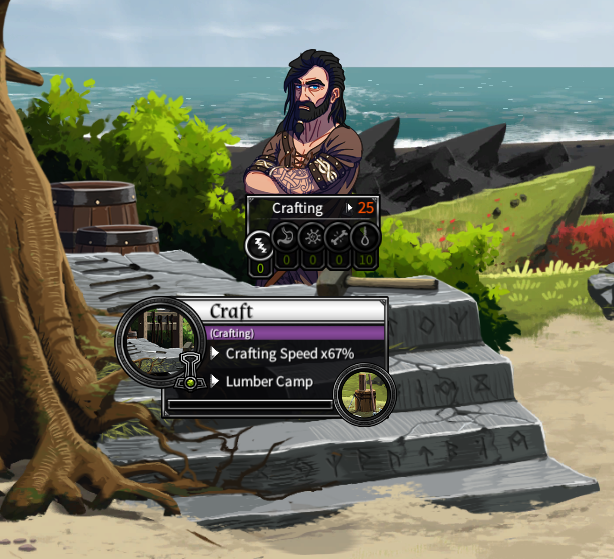 Second choice: at the end of the development of Dead In Bermuda, we were well aware that having only a dozen craftable buildings would be too low for a game that would take more than 10 hours to finish. But we were confronted to a reality: making new buildings was very complicated in terms of production, it needed a new special art, mechanics and code, and could potentially break anything we had already balanced in the game.

Believe me, not easy.

So we came with the obvious idea to have crafts that would be less costly to make, for example “levels” of an existent building. Good idea, but too late, it would have been hard to implement such a system so late into development.

But we kept the idea for Dead In Vinland: You now have 2 kinds of crafts, buildings like in Dead in Bermuda (we call them “Entities” in the dev team, but let’s call them buildings…), which give you new gameplay possibilities (we also have more buildings to make), and upgrades to these buildings that can be unlocked. 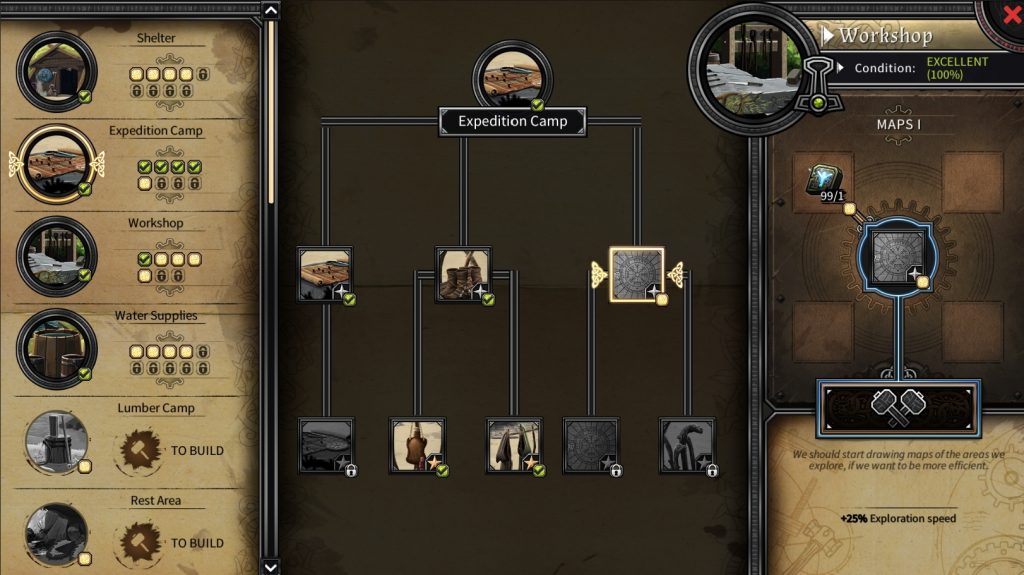 Each building now has a little upgrade tree. It’s in line with our two intentions:

DRAWBACK: it’s a nightmare to balance, but we signed for it

BONUS x2: Our artists are crazy, so we didn’t stop at that. Almost every upgrade you’ll craft (almost…) in the camp will be visible on the building… Yes… 150 little variations in total.

Don’t feed them after midnight. 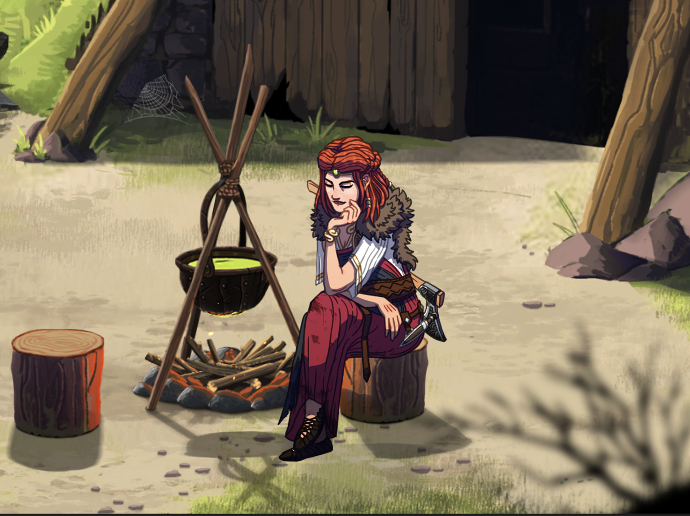 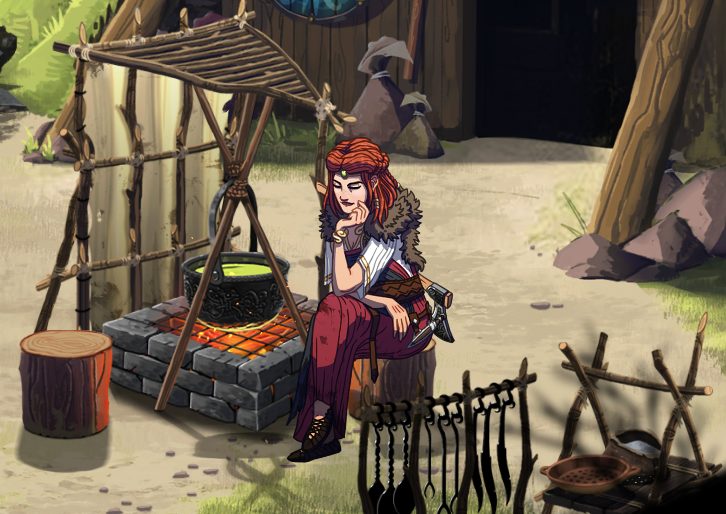 That’s it for today, but we’re not FINISHED on the subject! Come back next week for additional infos on the crafting system! (I haven’t told you everything yet )