Let us first give you a huge thanks for supporting us! The sales of the game are going really well and people are already starting to talk about LOA and giving us tips for improvements!

Let us first give you a huge thanks for supporting us! The sales of the game are going really well and people are already starting to talk about LOA and giving us tips for improvements!

We have added the first iteration of crafting into the game. Along with that we have added a basic survival progression and ingame ship editing. Now you will be able to craft various parts for your ships and upgrade them to face the harsh space, repair your ships and significantly change your ships appearance and functionality.

Crafting parts in your base is now handled by farming for asteroids and breaking them down to materials in the base. From these materials you will choose which components to craft and distribute them to machinery in your base. Upgrading your base with factories specialising in making different components is coming too. 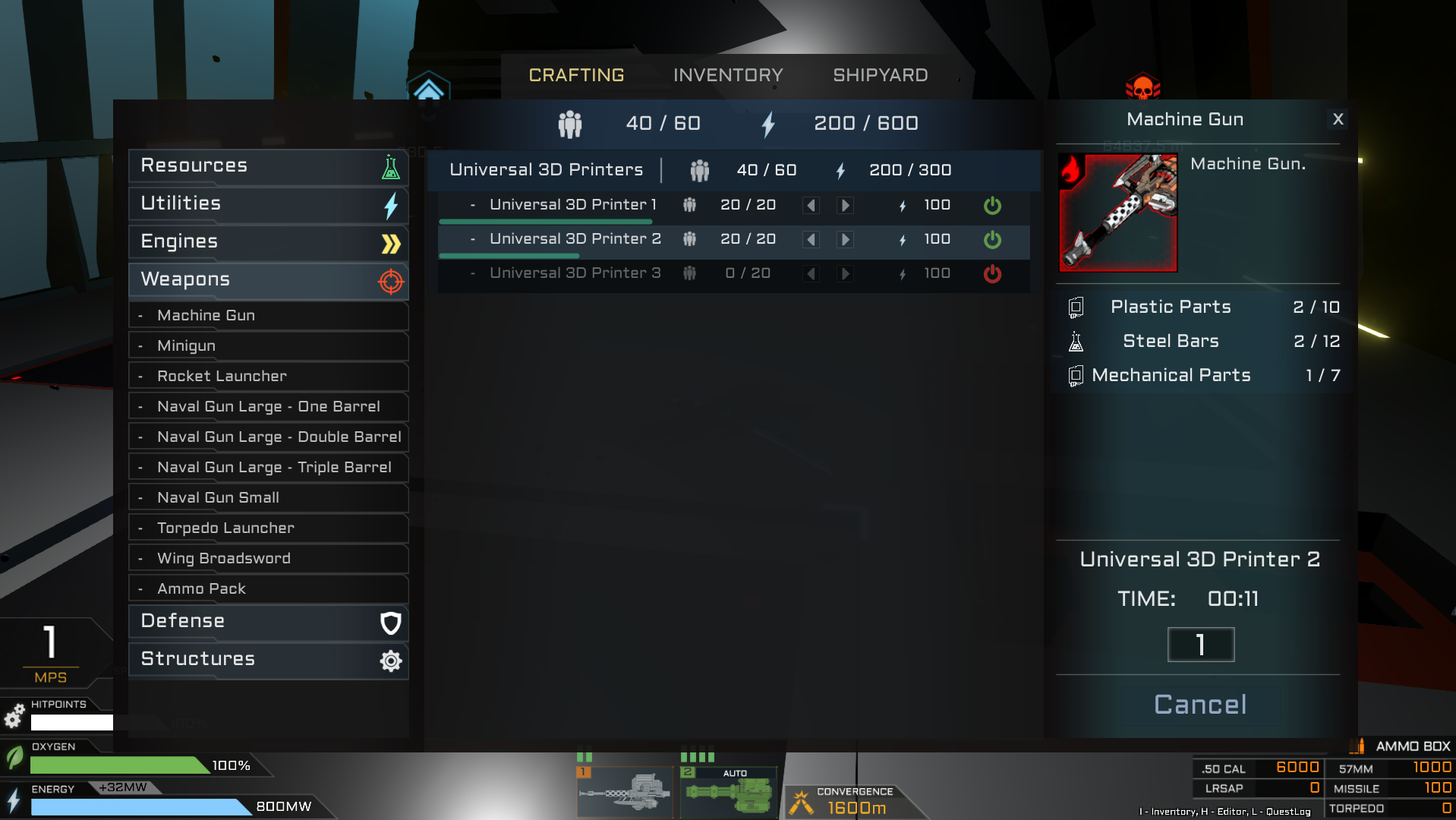 Anything in the game will be craftable and everything that you will see will be salvageable. If you choose not to craft there will always be the possibility of just looting, pillaging or doing missions for money that can be used to buy everything up to ships and whole bases. 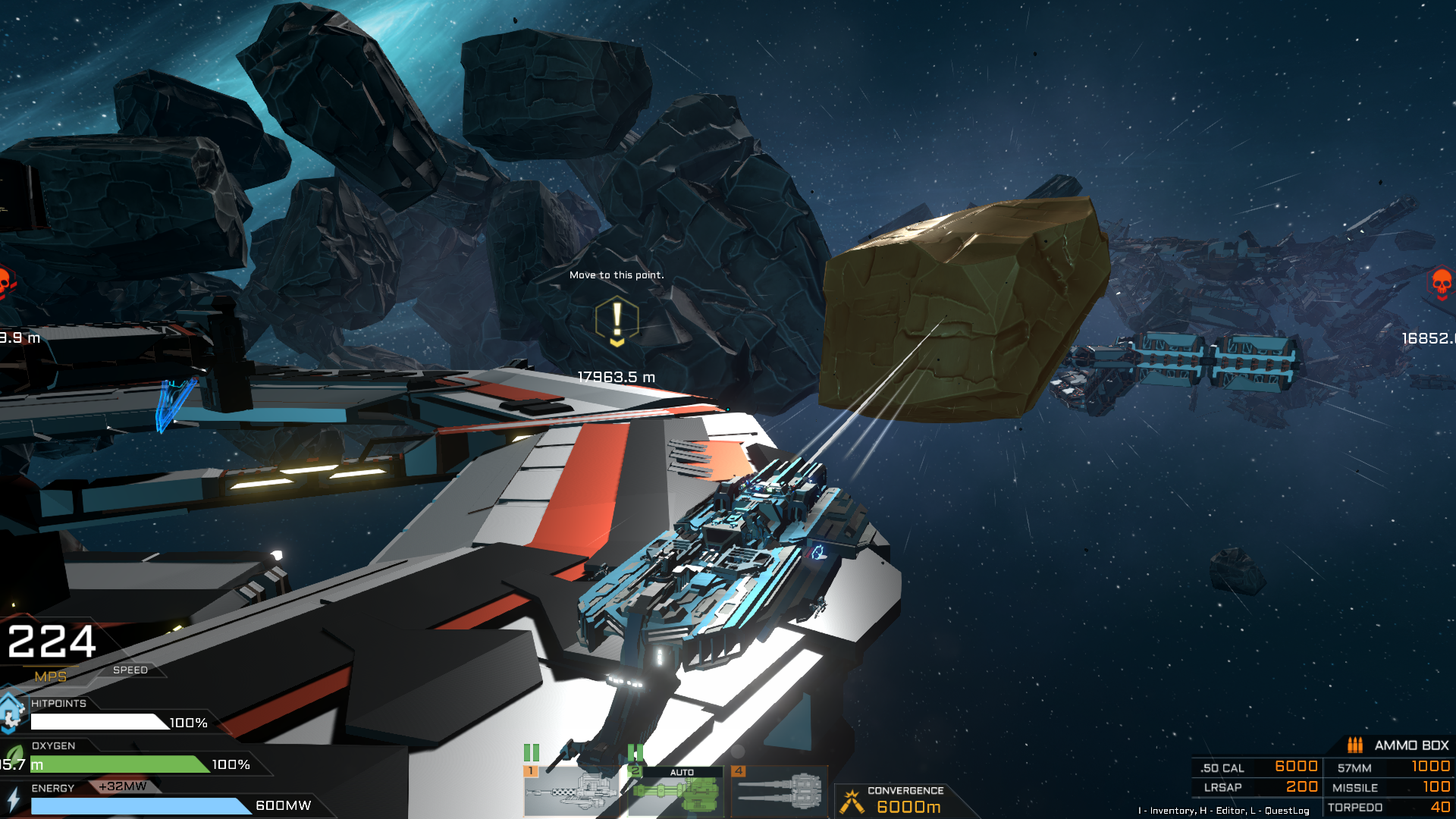 Additionally when you press "R" you will target your enemy and teh convergence will set for you automatically dramatically improving your aiming. 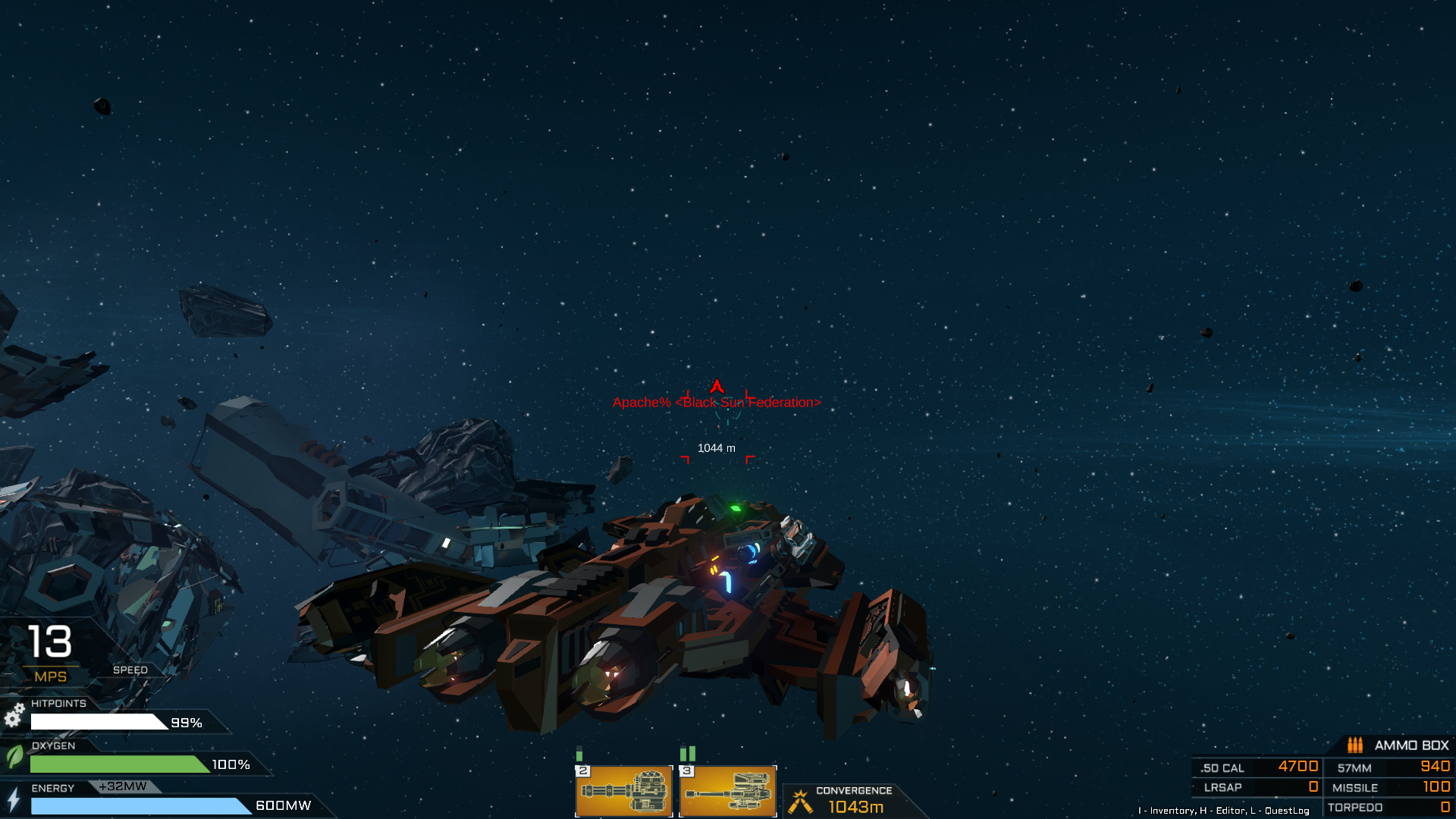 Please remember that this is the very first iteration of both of our crafting and survival systems. It still has many features unfinished and others might still be bugged. In the near future you will be able to upgrade and build your bases anywhere you want and you will have to defend them against hordes of incoming enemies attacking you in special world events such as Plague of Azulgar. You will also begin with nothing and build everything from scratch. This will be the time when a different dimension is blending into ours and many horrors are coming out of the chasm.

Traders and trade routes are coming. In the next few weeks/ days we will also significantly upgrade the map and give you more areas to explore. Earth and moon is coming, Jupiter and Saturn together with more hostile and friendly bases are to be implemented.

Base management with Crew assignments is coming too. Food distribution, water and waste disposal are things that you will have to take care of too should your base run smoothly.

For the moment we have temporarily disabled online coop mode because of some technical issues that rendered the game unplayable in many circumstances. We will re-enable it in one of the upcoming builds once the technical issues will be resolved. We are sorry for this inconvenience.

Many more features are coming. We have already written some things about the upcoming features in the development roadmap. Its a long read but if you are interested its here: