After three weeks of intense work, we come back to our usual Weekly Update. This time, in addition to telling you what we've been doing, we also want to share with you a very special video: our presentation, where you'll get to know us much better.

First of all, sorry about the big lapse of time since the last update, but after Easter holidays we had some rescheduling and were extremely busy putting it all together. First of all, let me introduce the crew behind Breaking Fast in this personal and homemade video crafted with care:

Now that we know each other (well, kind of) better, let's get back to what we've been doing these last weeks:

Francisco (programmer): we want to release the game as polished as we can, so at this point in the development this means only one thing: I've been correcting bugs, bugs and... ah yes! more bugs!. In a fast-paced game with so many possible interactions between several characters at the same time, it's not surprising that properly testing the game takes lots of time. Whenever I get to reproduce a bug that I've seen just once, I feel like I've won a prize! In addition to bugs, I've also added support to change the controls in a configuration file. So now, as you can read and see below in Manuela's section, you'll have quite a lot of freedom to map the keys/buttons.

Manuela (artist): During last weeks I have been adding control customization to the game, so now players can choose between different gamepad profiles and also change the keys that are to be used during the gameplay.

I have also added some predefined sentences for the lobby in the online game mode, so players can communicate through the chat even if they don’t have a keyboard, using the ABXY buttons of the gamepad. 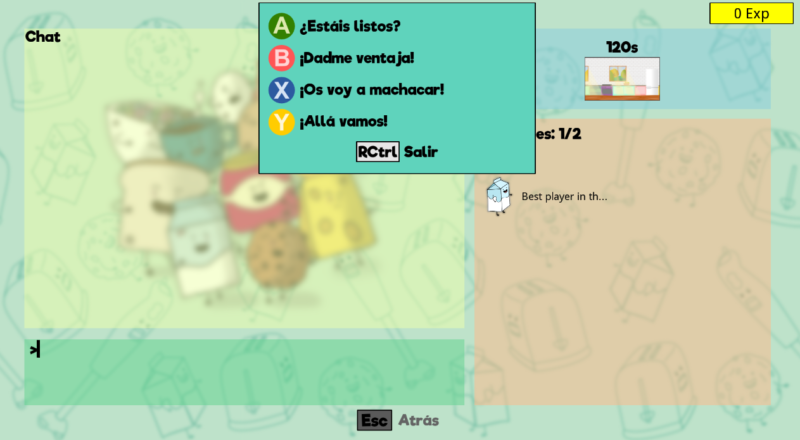 Also, I have improved how draws between players are managed. For example, now if two players arrive in third place, they share the same position in the podium! 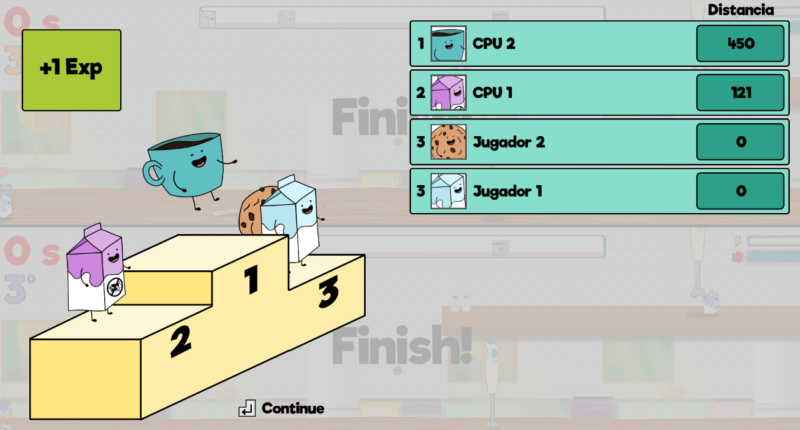 David (network programmer): Tournaments! That's it, the online mode is now officially completed with the addition of another game mode. They will work a little bit different compared to the offline mode, but basically you can now challenge your friends in a series of 3, 4 or 5 races, so forget about those lucky quick race wins, here you will have to prove your skills over and over again!
Also, some more exciting news, we can now finally say the game is fully cross-platform, so it doesn't matter if you are playing in a Mac, Windows or Linux machine, you can still challenge your friends or random players in the online mode regardless of their platform!

In other unrelated news, if you own a steam controller you will be glad to know they are now supported for a more pleasuring gaming experience from your cozy sofa!

In the next installment, Oliver, the musician, will tell you more about what he's been working on. In the meantime, we show you the incredible rivalry between the Milk and the Jam... Let us know if you have any question or suggestion.