The countdown to the release of Breaking Fast is ticking. In this post, the first installment of a series of articles to come, we provide insight on our work during the last week.

Hi! The countdown to the release of Breaking Fast continues and this last week we’ve been quite busy with different tasks. Now, each of us want to tell you what we’ve doing. Let’s get started!

Francisco (Programmer): I’ve been working on the game localization. Breaking Fast is going to be released in 10 languages: Spanish, English, German, Italian, French, Brazilian Portuguese, Russian, Japanese, Korean, and Chinese. This last week I received the localization file, and I’ve built a localization manager in order to deal with all the languages. This has proven to be more challenging than I initially thought. The first cause of this complexity comes from the fact that you need to consider incomplete sentences to be filled up at runtime. For example, you may have a sentence like: “User {Steam ID} wants to join a new race”. The second cause is that there might be more parameters, and they can be in a different order for different languages. Also, some of the parameters can be images instead of text. For example: “Press {button image} to jump”. In the end, I succeeded in this task! 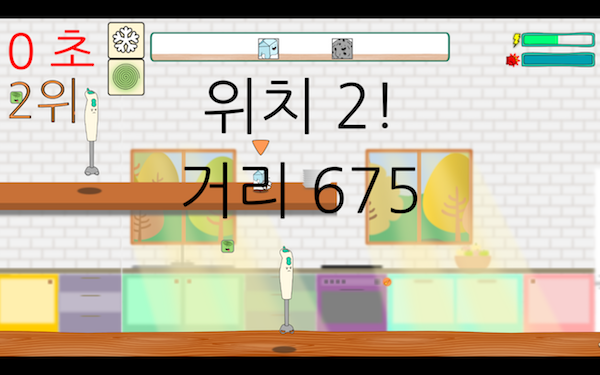 Óliver (Musician): This week I’ve been revising the music mixes that I’ve been composing. I usually export to .flac, because I find it useful to save a copy at the highest quality and taking less space than a .wav. I realized that when converting into .ogg, volume goes up a bit (not sure how to avoid it), so there are some moments, where the original reaches -01 dBFS, the converted file outreaches 0dBFS, which is not bad. My solution consisted of adjusting a limiter to -0.5dBFS, in such a way that upon conversion, the new file never outreaches 0dBFS and doesn’t saturate anymore. Once this problem was fixed, I mixed the songs again, a slow process in which you have to listen to the sound relationship between all the instruments, both separately and in conjunction, which seems to be a never-ending process.

Manuela (Art and UI programming): During the last week I have been preparing the art for the different tournaments that will appear in the game, as well as setting up the necessary menu screens for this game mode. Additionally, I have polished the art for the new scenarios that have been added recently to the game, which unfortunately for now I can speak much about… Let’s just say that all of them are food-related! :PDavid (Online programmer): Breaking fast is a great game to play with friends, but it will be even better when you play with friends at home against other friends online! We will feature a split screen online multiplayer up to 4 local players and 8 players in total. I had a working prototype of the online mode on a Local Area Network (LAN) that we've been using to test the basic functionality, but after that, we needed proper online support. Thanks to the awesome people that made Move or Die! and some hard work from our side, we have now Breaking Fast fully integrated with Steam, which means you can now invite your friends within the lobby to join your online game and see who is faster! 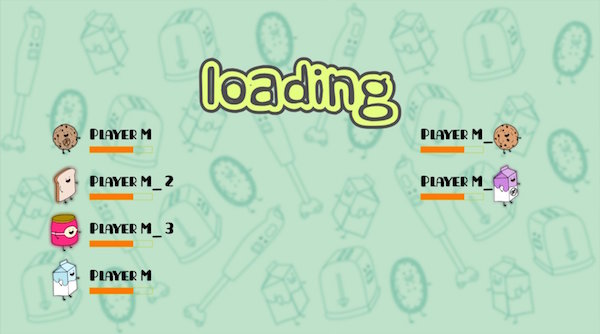 This is our weekly update! Hope you found it interesting and don’t hesitate to ask any question.