Part 3 of the major media update. This article will focus on some of the extra features included in the mod.

Welcome to Part 3 of the Major Media Update!

If you missed either of the previous articles, you can find them here:

In this third part, I want to showcase some extra features that I've added to the mod and talk about them in some detail. First, the Mod Options menu:

While developing Coterminus, I would sometimes have trouble deciding which beta era to draw inspiration from. For example, the antlion has two well-known skins from different eras and I couldn't decide which one I wanted to use. My indecision drove me to implement a console variable that allowed me to pick between the skins at will. The same indecision happened a few more times with different features until it was obvious that it would benefit the players if I could make all of these things easily toggleable for customization purposes. Everyone has their own opinions about the ideal "beta experience" and I think this customization allows players to tailor the mod towards that goal.

I eventually implemented enough of these customizable features to warrant the addition of a new options menu. As of right now, it looks like this: 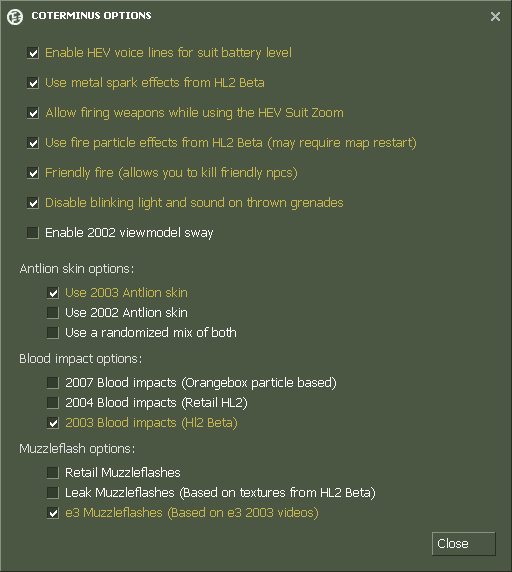 Most of these items are self-explanatory but I've recorded videos to showcase some of them:

The thrown grenades in the beta lacked the light trail and audible warning sounds found in retail HL2. This makes the grenades significantly harder to avoid and could annoy some players, so I made it a toggle.

Some people might not know that the version of HL2 released in 2004 actually had different blood effects than the current steam version of HL2, so I made sure to include those.

I'm always open to the idea of adding more customization in the future, and a few of the options already present were requested by some of you, so if you have any suggestions that I may not have considered, please let me know.

This section of the article is to showcase stuff that doesn't really fit neatly into any other category, so it ended up here.

Personally, I've grown tired of the health chargers that we were given in retail HL2, so I took the model that we got in the beta and polished it a bit to feel new and different. Here is a video to show you how they work now:

Source has inverse kinematics built in to help npcs place their feet realistically on uneven terrain. I couldn't figure out how to implement it for custom npcs until last week when Cvoxulary, the Dark Interval project lead, helped me out. Thanks to him, npcs in Coterminus will now place their feet more realistically!

I've changed all of the supply crates to the beta models but with added polish and the city17 logo to better differentiate them from regular crates. 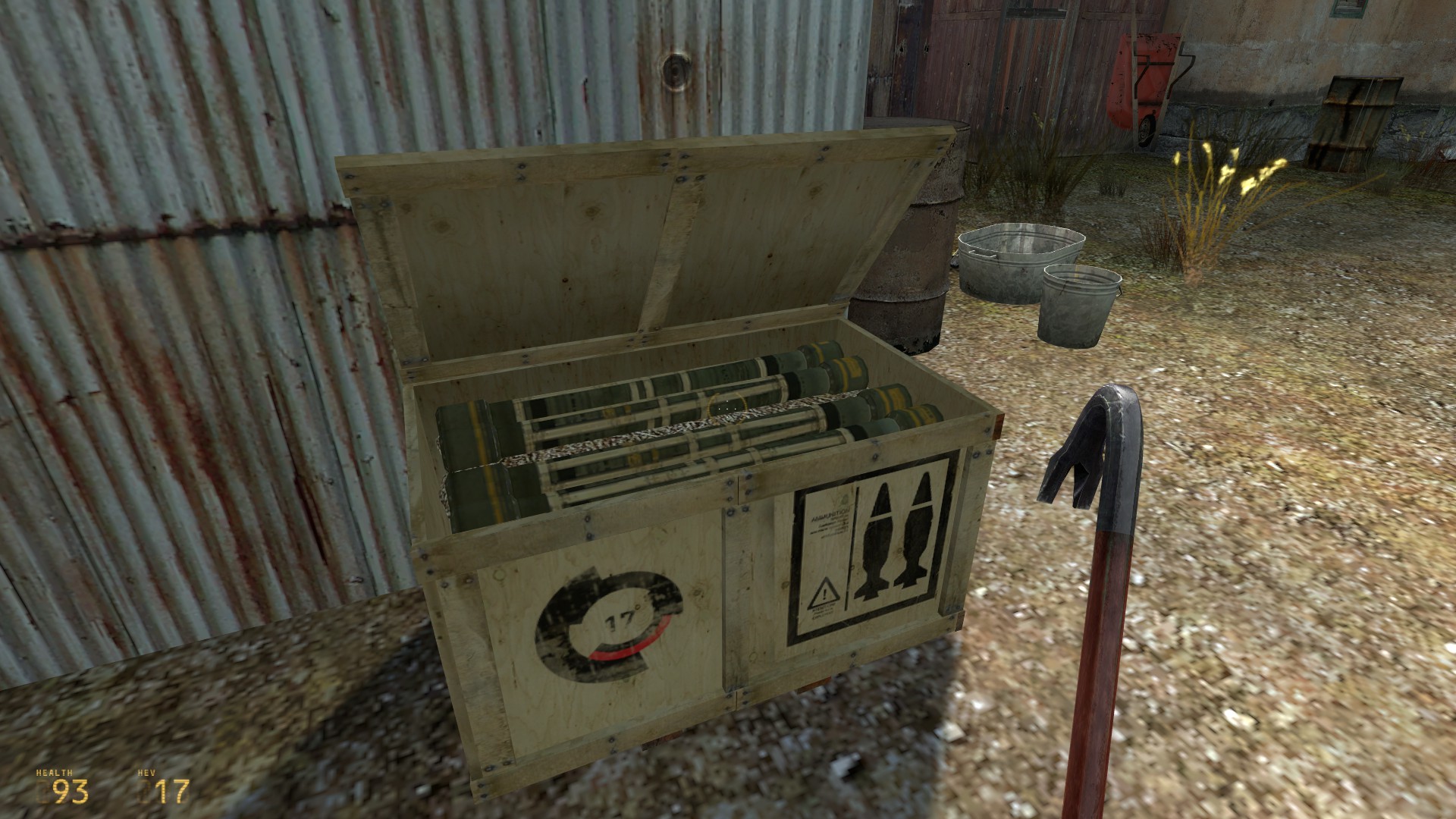 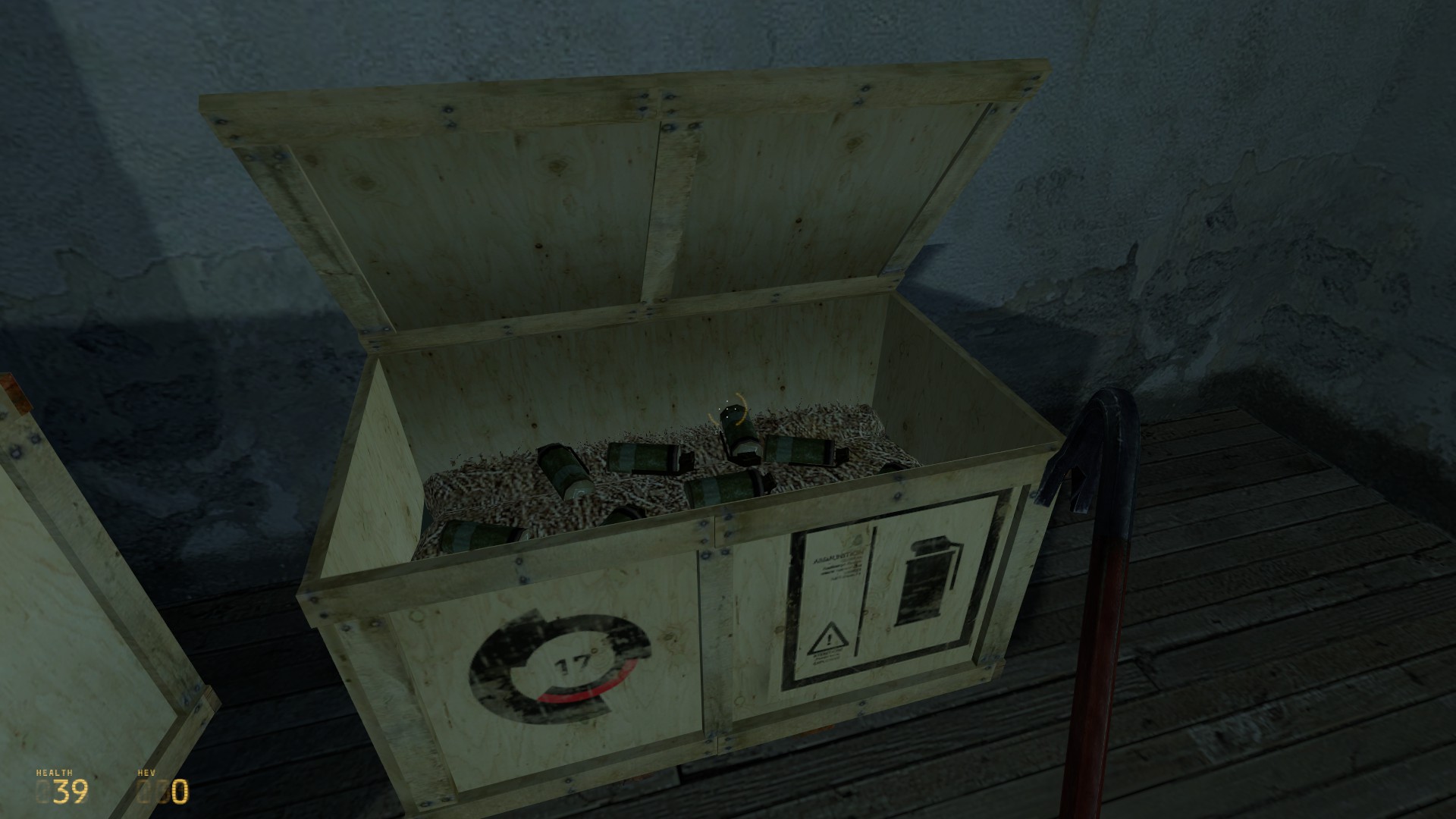 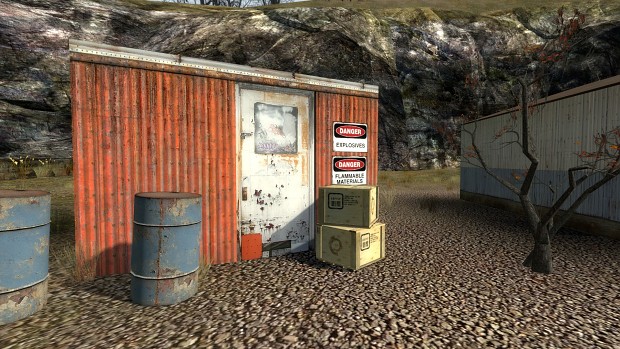 I wanted to add some more variety to combine soldiers, so I created the option for mappers to spawn soldiers with a shield. The shield has a limited amount of health and will break after taking enough damage. 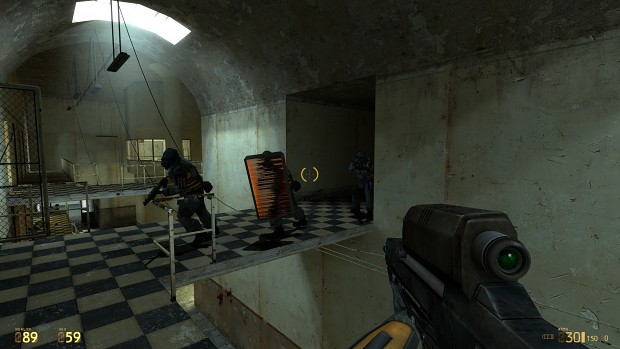 As always, let me know what you think by commenting below. The final part of the Major Media Update should be out by next weekend. In it, I will be sharing my plans for the release of Coterminus, my plans for the mod after the initial release, and I'll probably share a short gameplay video as well so you know what you can expect to play on release. Thanks for your continued interest and support!

Hello, I am very excited about this mod.
I have an idea, why not add the option to modify the metrocops with different skins?
They have had a lot of skins over the years if I remember correctly.

Thanks for the suggestion, I have considered it but I might handle the different metrocop skins by just giving each one a unique purpose instead of letting players toggle between them. Not sure as of now though, will keep this in mind for the future!

Maybe an option wether if we can change the combine soldiers/metrocops voice lines/anims switching from beta to retail?

When it comes to anims, I typically just used the beta ones instead of letting players choose since anims are harder to program into a toggle. As for voice lines, I'm not familiar with all the differences that exist between retail and beta honestly, but I have tried to restore a few voice lines for the mod.

lovin what I see here. can't wait to play it when it's done!

this looks intriguing. gonna just hope this doesn't go the raising the bar: redux way and look good on surface level but be a total mess of seemingly random assets and overall poor design at any level below that.

This looks nothing compared to RTBR.

you're right about something, I appreciate rtbr... but they seem to me to have somewhat bad taste. I appreciate the Coterminus approach. This is essentially the original of the merged beta brought to a well-thought-out state. Preserving the original card designs and assets, an approach like that of cobalt 57 in their stunning az mod

I have no idea how this mod flew under my radar, It looks amazing! Can't wait for a build to come out!

when can we expect to beable to play this?