Part 2 of the major media update. In this article, I'll be showcasing some of the NPCs in Coterminus.

Welcome to Part 2 of the Major Media Update!

In Part 1, I showcased some classic beta weapons and how they function in Coterminus. In this update, I'll be focusing on NPCs. If you missed Part 1, check it out here:

Similar to the weapons from HL2 Beta, Coterminus will also feature many of your favorite cut enemies and NPCs with polish being added to their visuals and functionality. Not a single NPC has been added to Coterminus without a significant amount of rework. I've taken a few videos and screenshots to showcase exactly what I mean and you can find those below. Enjoy!

**Please note that this list is not exhaustive! There are more npcs that I'm not showcasing here for various reasons.

Four versions of the Combine soldiers are in use as of right now. In the image below, you can see them from left to right: 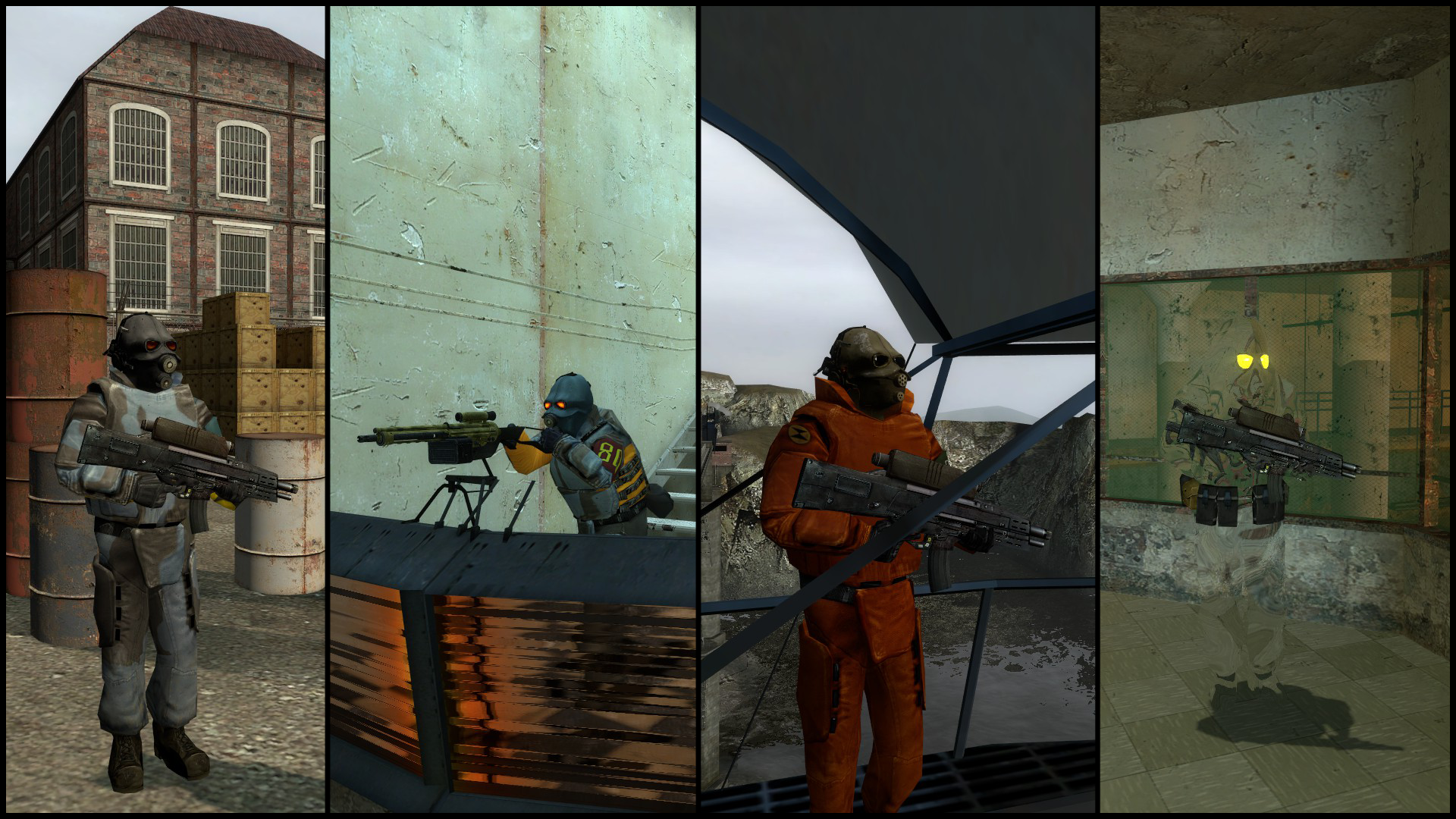 Coterminus currently features the four zombie types found in the beta and their respective headcrabs. 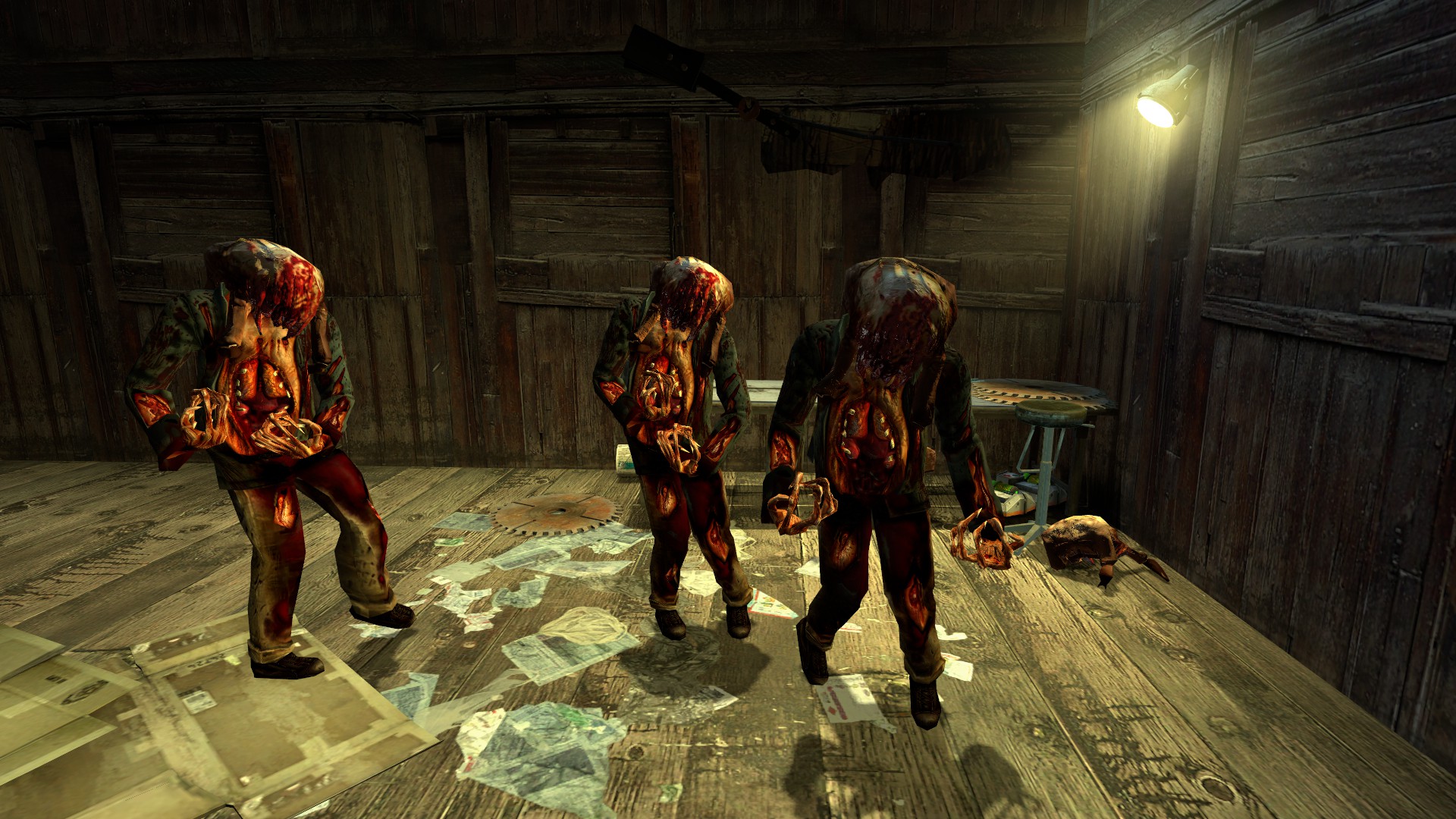 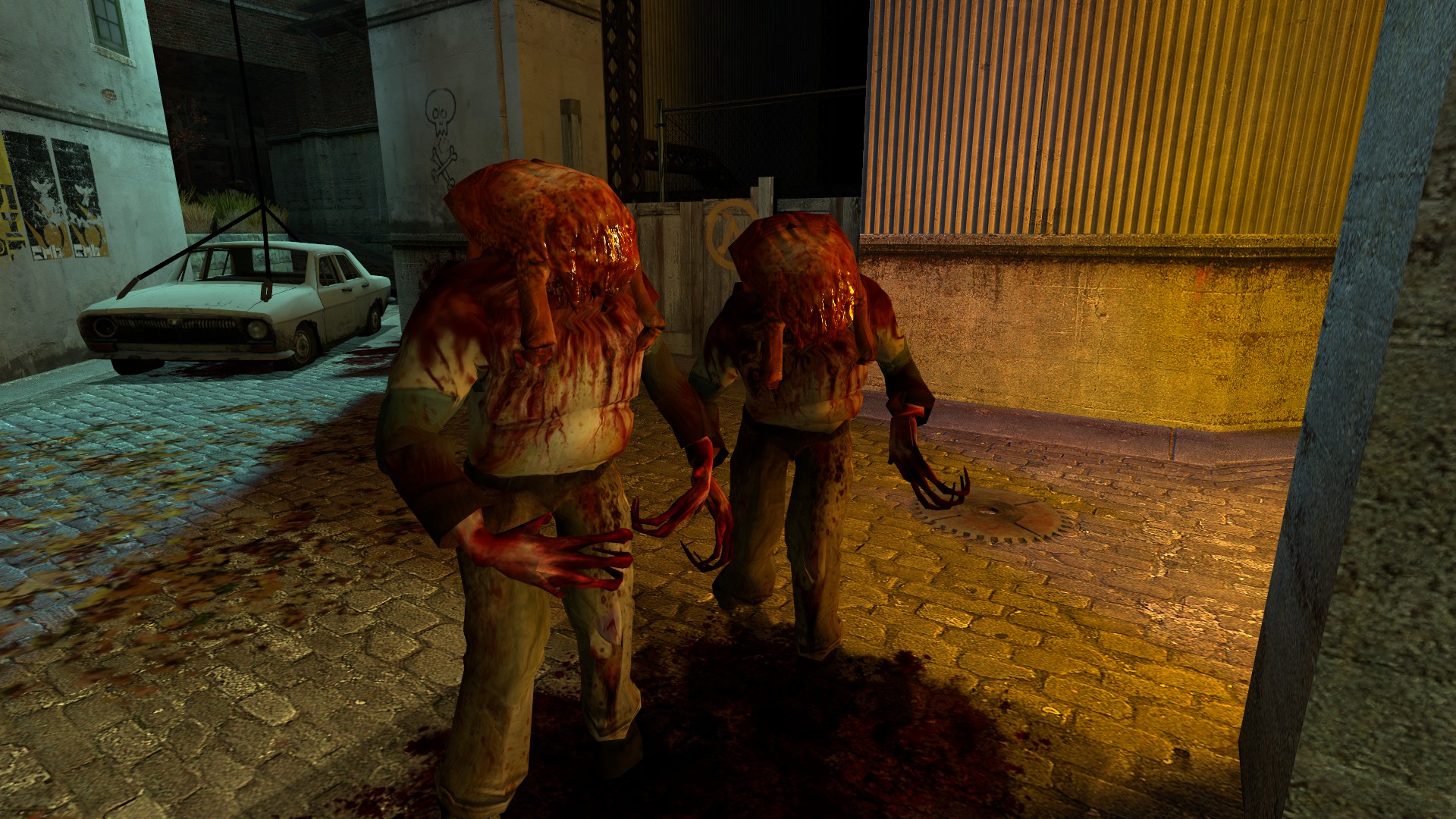 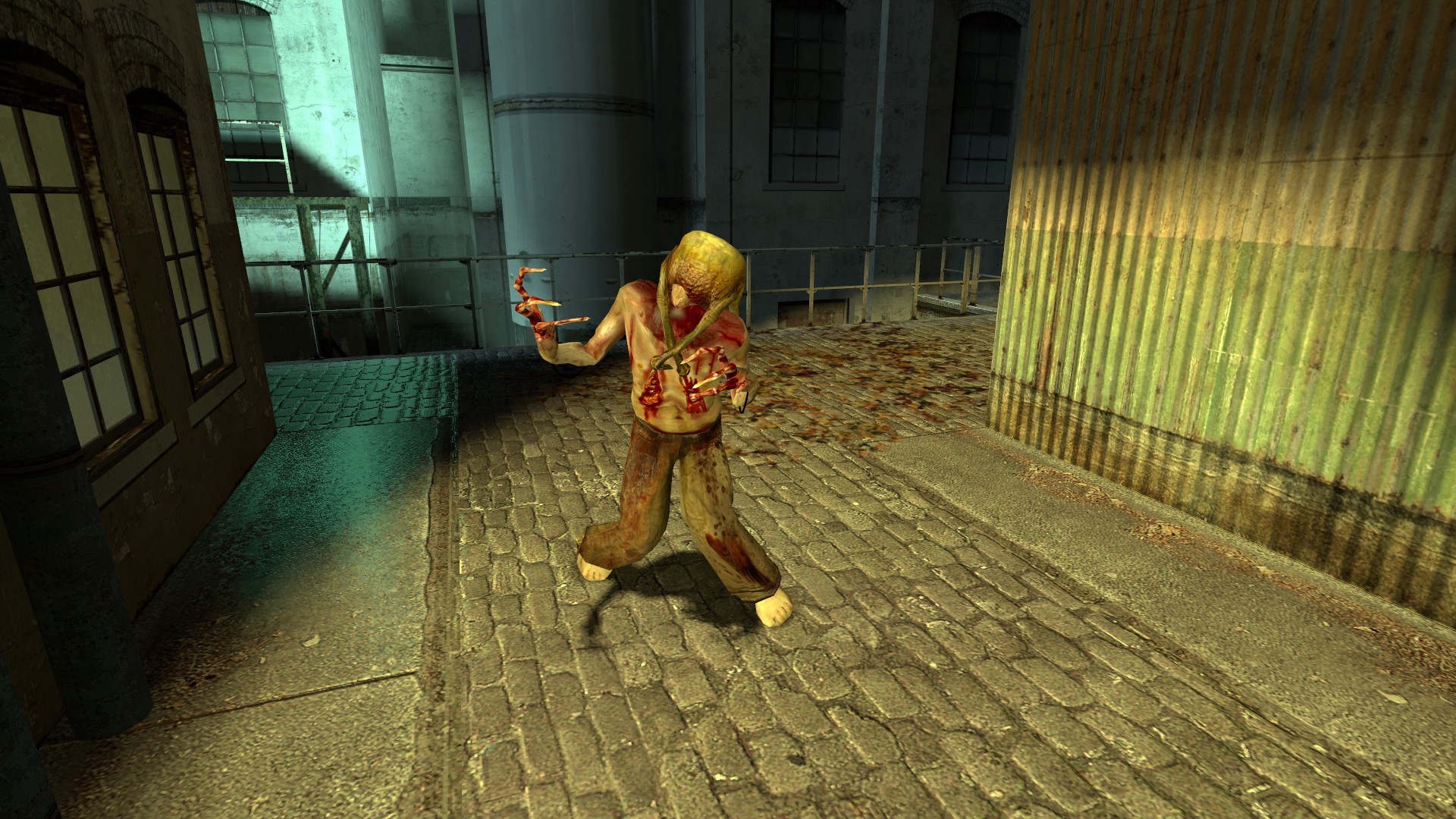 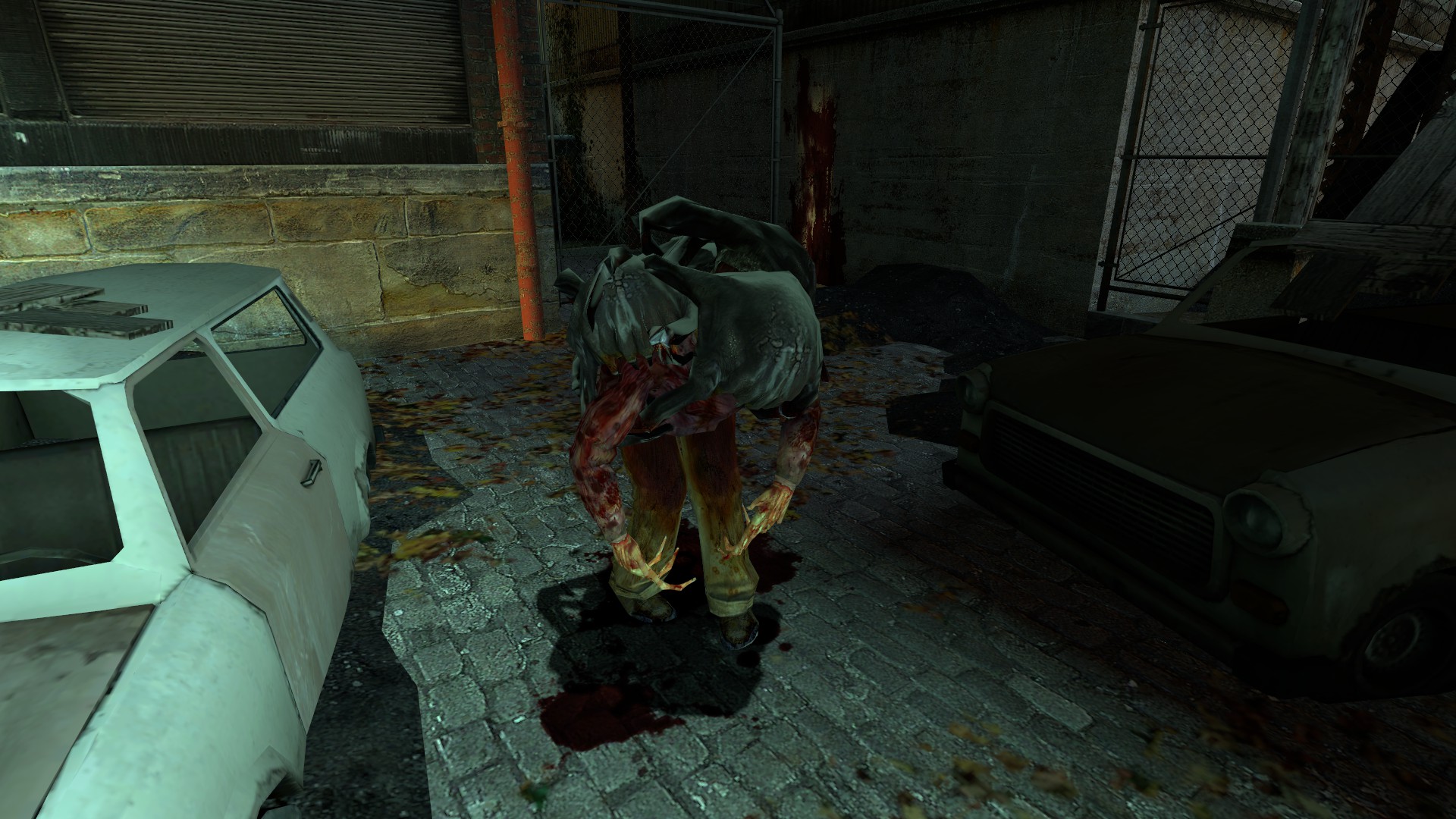 I recently recreated the xen lightstalk and the xen tree for use in the coast and wasteland maps. They are almost functionally identical to their HL1 counteparts while receiving updated visuals. 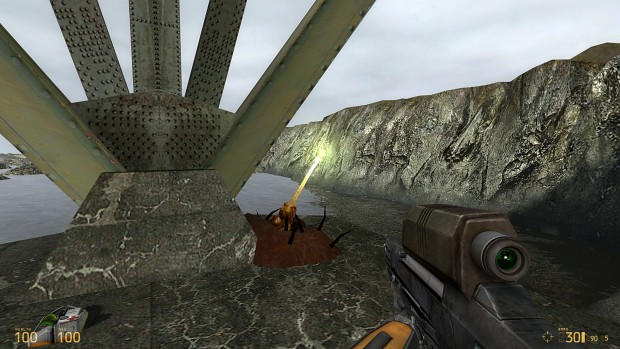 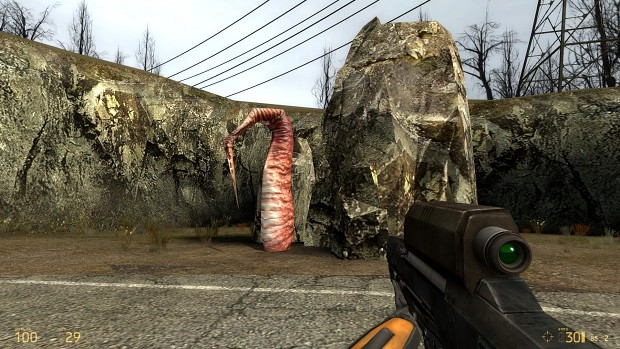 The houndeye has received some visual upgrades (model, textures, particles effects) and squad behavior tactics. I've tried to include as much cut functionality as possible, including squad power level as demonstrated in the video. For example: if the whole houndeye squad is alive, the energy attack from each houndeye will do max damage and emit a certain color. As houndeyes in the squad are killed off, their collective power level gets weaker and the energy attack changes colors. On top of that, houndeyes in a squad will call each other for help, they'll attempt to retreat together, and they will attack together.

The bullsquid has had a facelift to its model, textures, and particle effects, although the AI has been left mostly unchanged for now.

The combot has been ported to Coterminus to replace the retail city scanner. It works almost exactly as it did in the beta with some added polish to its visuals and interactions(for example, the combot now uses projected textures for its spotlight as you can see in the image beneath the video). 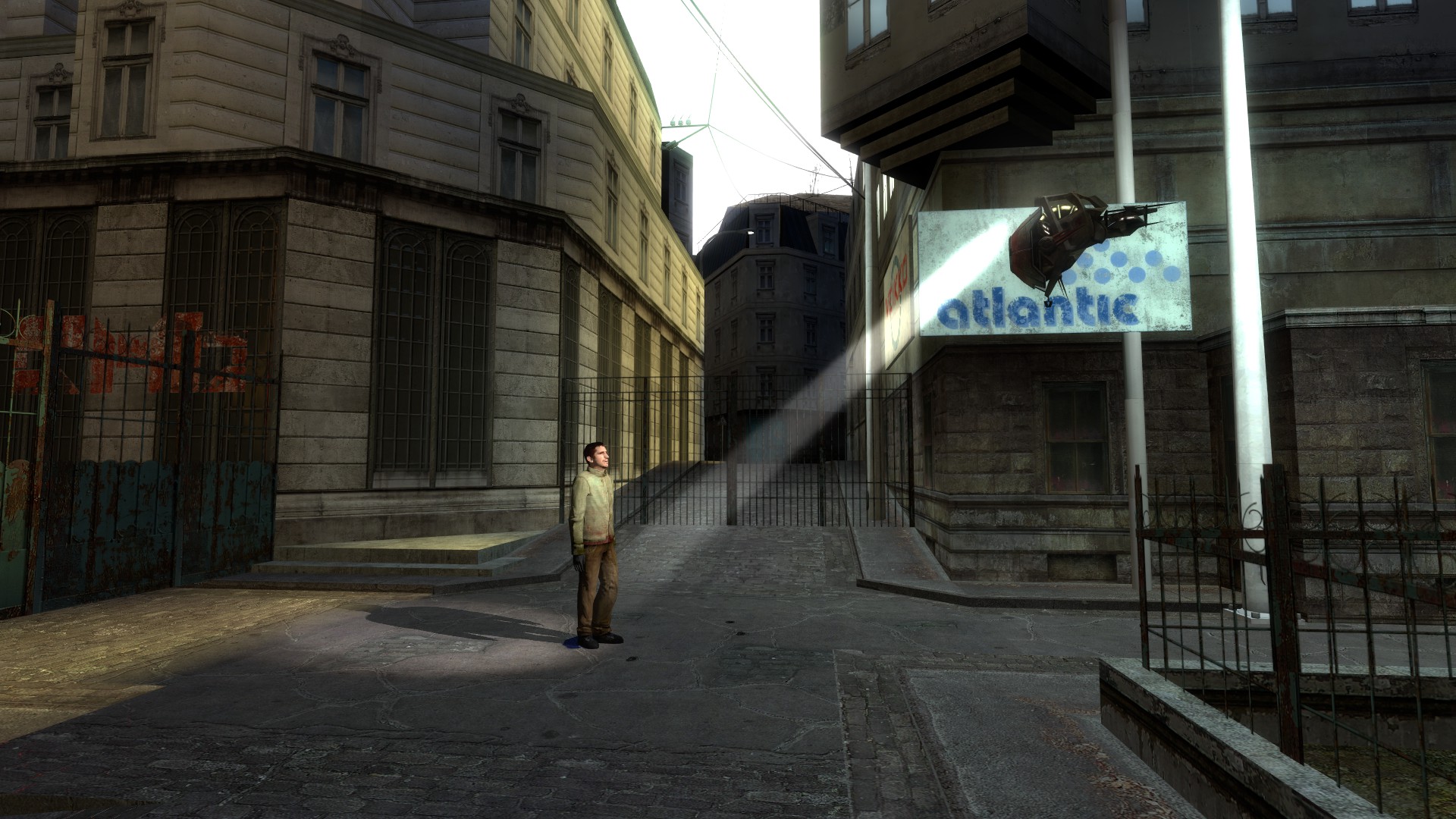 The combine assassin's AI has been heavily reworked to make her quicker, more nimble, and more deadly than ever.

The combine dropship has been revamped to use the alien dropship model from the beta. I may not have been the first person to make this happen but what's different about the dropship in Coterminus is that the thrust effects and the angular position of the engines change dynamically based on the dropship's movement.

I created this rat NPC from the model found in the beta, some animations from scratch, and AI from scratch. It feels right at home scurrying around in dark dirty basements, abandoned buildings, and underground passages. Watch your step!

These next two npcs are very experimental and were created primarily as prototypes. I included them in this article as a preview for things to come in future releases(hopefully).

The existing npc code that we have for this enemy didn't even correctly utilize the mortar functionality, so I added that.

I was compelled to see what kind of enemy the particle storm could be, so I prototyped the npc you see below. Seeing it in action definitely gave me some more ideas to prototype in the future.

If you're still reading, thank you for making it this far! Let me know what you think by leaving me a comment below. Keep an eye out for Part 3 - Extra Features which should be coming in a few days.

Awesome work here! you made me a follower and I appreciate the work that goes into this! Have fun!

Glad to hear, thank you!

Holy ****, every single thing about this is ******* cool, though i have my small complaints, the houndeyes feel slower and what seems to be the assassin using the hunter's flechette sounds from ep2 as footsteps, otherwise everything seems awesome!

small idea for the rat: how about they work in a way like the cockroaches from hl1, by that i mean they seek gibs and or corpses to "eat" could be nice to see in ravenholm.

haha I'm impressed you picked up on the assassin footstep sounds. I wanted them to sound a little springy and those came to mind. Maybe I'll have to change them now. Also good suggestion about the rats, I will keep it in mind when I work on ravenholm in the future. Thank you!

This is majestic! stunning work, congrats :)

This is shaping up to be an incredible modder's resource, i think the rat is the highlight here though. [In all seriousness, keep up the good work. i can't wait to get my hands on this.]

I like the rats. you don't hear much about rats aside from an incomplete model and texture. judging by the way it died when you stepped on it, this will be a successor to the roaches from HL1. good work, dude.

I can't wait to play some kind of a Beta 1 of this mod! It looks really cool! The particle storm looks like something out of S.T.A.L.K.E.R. lol.

is the elite metrocop wip?

will there be an optional crocodile-like green bullskid skin from 2016, or as a separate NPC

are there any ideas for the introduction of an elite metrocop