Hello. I am Ostwind, the lead developer of Corona, a Red Alert 3 modification. This article aims to provide an overview of the mod.

Posted by RA3CoronaDevelopers on Nov 28th, 2019

Hello. I am Ostwind, the lead developer of Corona, a Red Alert 3 modification. This article aims to provide an overview of the mod. 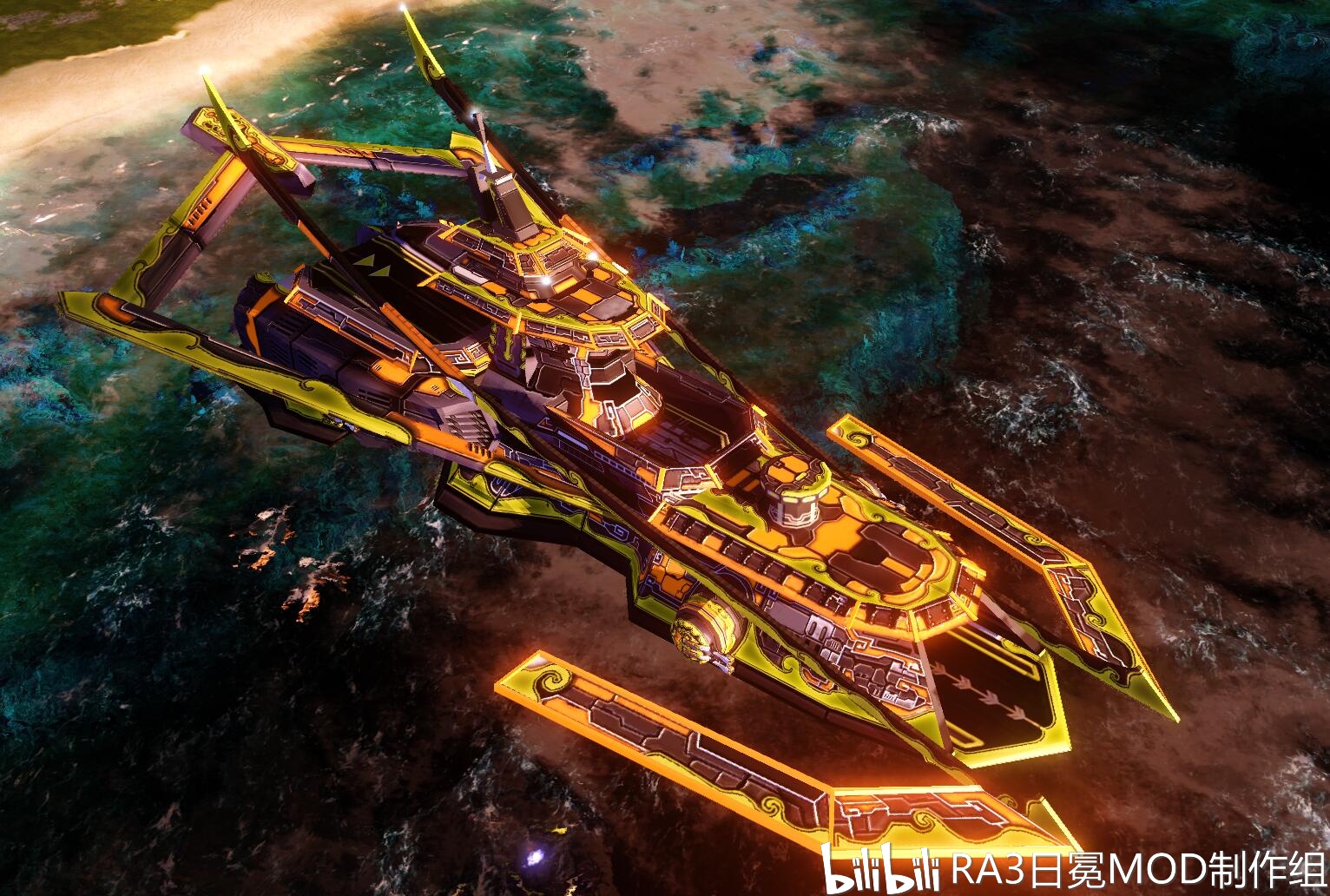 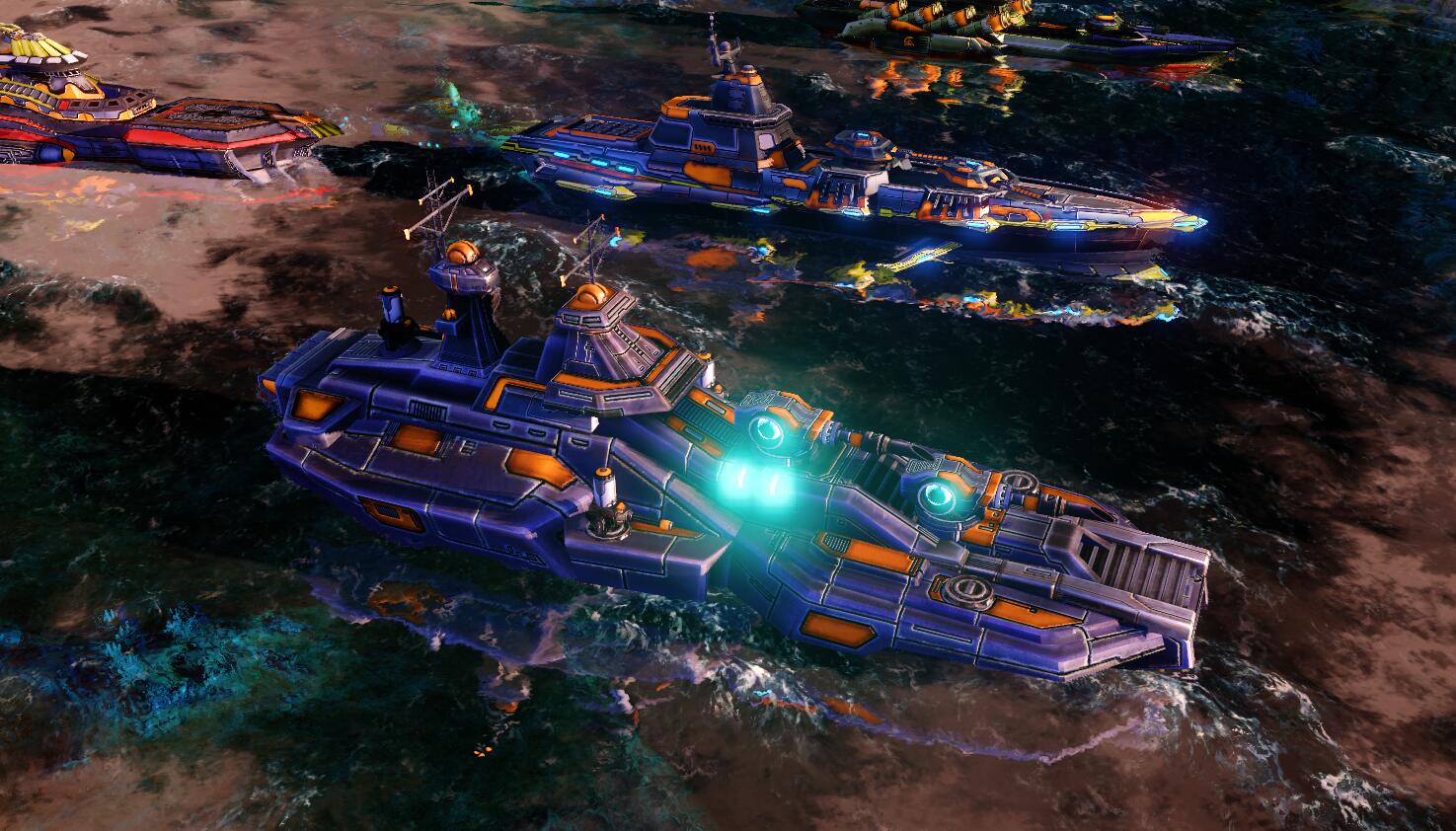 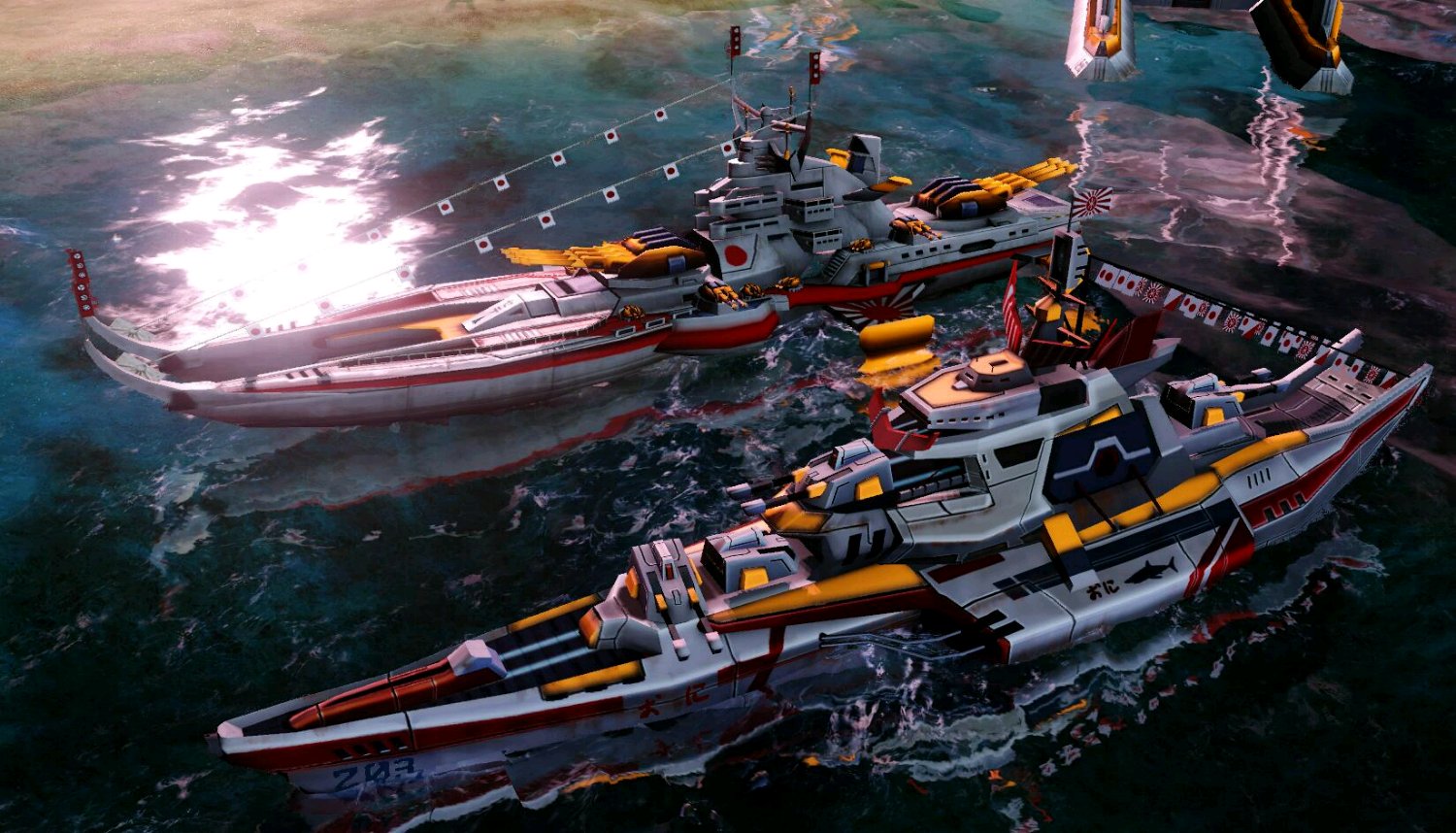 The Celestial Empire is China in a different timeline. In the world of Corona, due to certain factors (which we will go into in a future article), China maintained its technological advantage over the west for thousands of years. It was less influenced by western ideologies, and stayed on its own path. 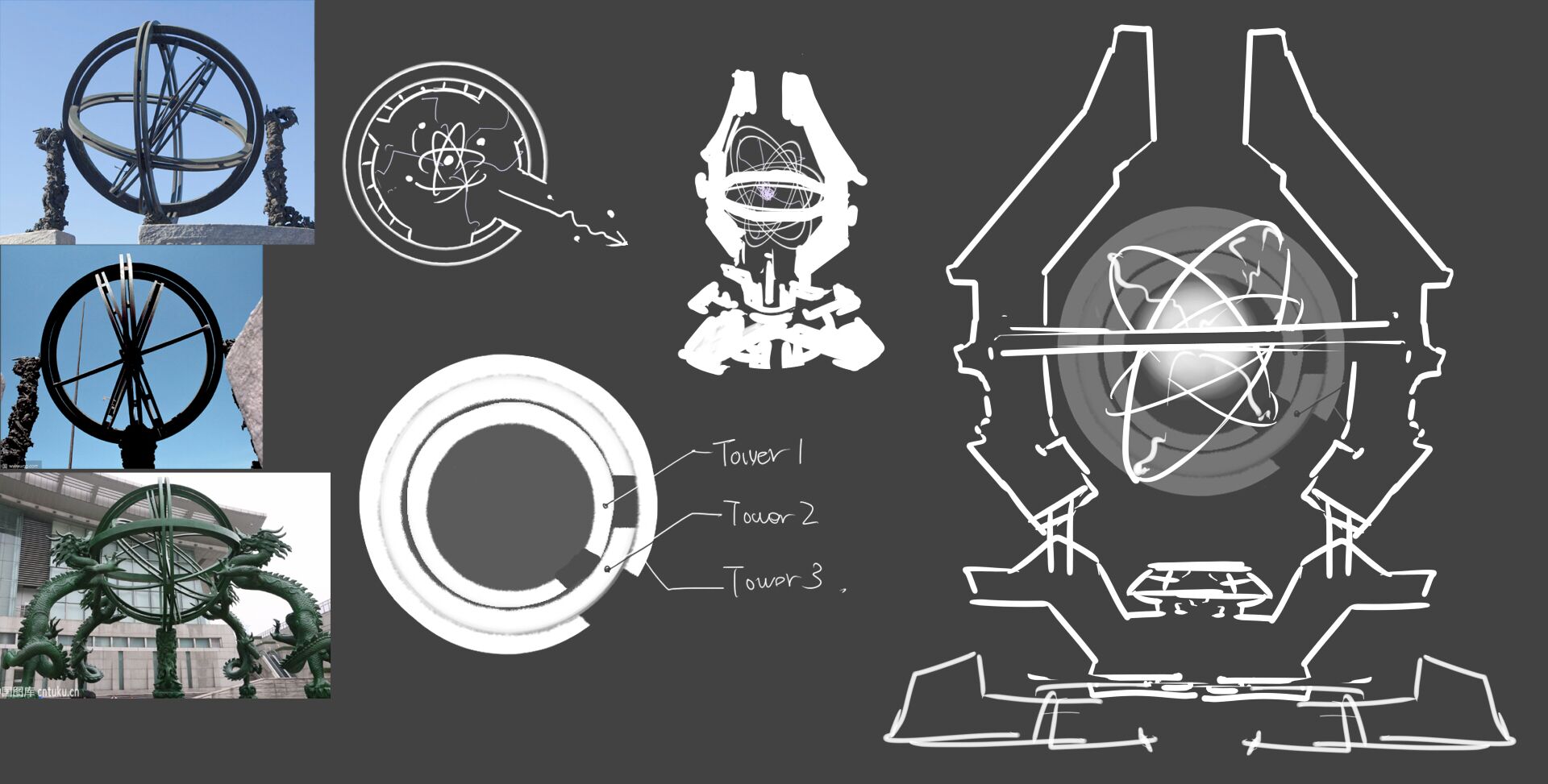 The Celestial Empire specializes in controlled nuclear fusion and quantum technology. Its military employs advanced electromagnetics in the form of railguns and deflection shields, as well as plasma weapons. Quantum communication is used for encrypted transmission and the construction of military structures.

The Empire of the Rising Sun remains a powerful nation in Asia, having learned much from the Celestial Empire over its history.

We are trying to achieve a certain level balance to make every part of this mod enjoyable. The Celestial Empire will not be an overpowered faction in-game. We have a dedicated team working on balancing. Also, there are beta test players proving feedback, many of whom are top level PvP players.

For any RTS game with multiple factions, achieving absolute balance is impossible. From my point of view, “balanced” is not a single point, but a range that the majority of players can approve.

WHERE ARE WE UP TO

We have already finished: 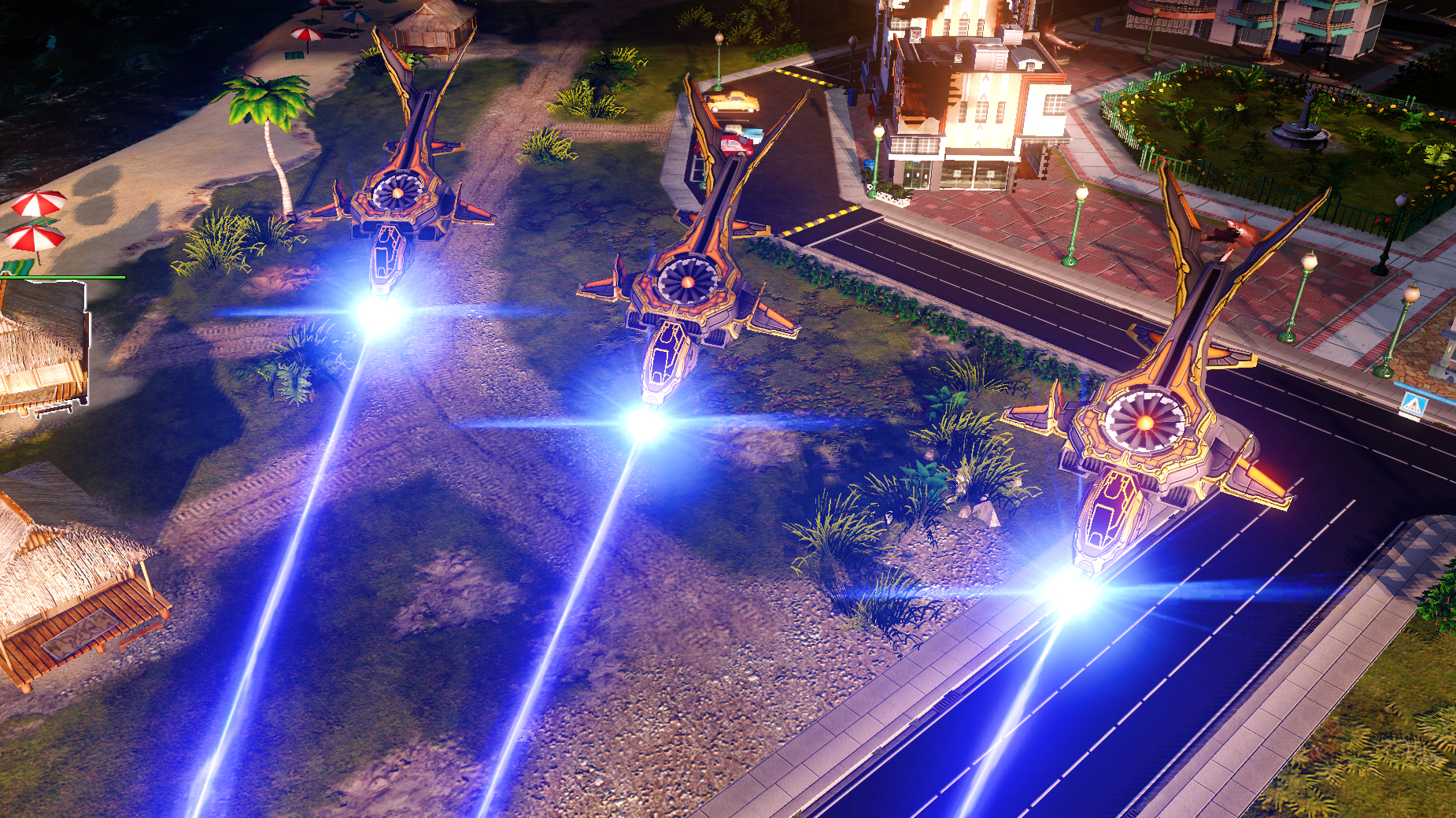 WHEN WILL IT BE RELEASED

Corona is still under development. It is currently undergoing closed beta test. There are still plenty we can improve on, and debugging is also a long-term project. (If you look carefully enough, you might even notice some bugs in the promotion videos.)

It will be released for open beta test when the PvP system achieves a certain level of balance and most of the bugs are fixed.

Amazing stuff!
Can't wait for a release:)
Simply one of the best upcoming mods for RA3, on par with Generals Evolution!
Have a few suggestions/questions:
1) can you plz add the missing animations for the Soviet Construction Crane?
2) is it possible to tweak a Soviet sickles model a bit, by adding gunners on top of the turrets, to make it closer to the original concept art?
3) maybe you could make the voicelines of units and EVA to be country specific, like: Soviets - Russian, Jap. Empire - Japanese, Allies - English and Celestial Empire - Chinese it would greatly add to the atmosphere and also I don't know what are you planning for a localization (but the problem with that is new units for original 3 factions, hmm)

I donno about the 1st suggestion, but everything else you mentioned has been done during this past year. Your foresight on what they were about to do is basically spot on accurate.

I'm actually excited for this mod. Keep up the good work!

Many could learn from this style of presentation!

REALLY, this work is simply stunning and amazing. I never really used my Account on this page but for your work, I had to login and tell you, this sht is so lit, I'm really excited for it and wished, you already released a test version for me to play.

It is kinda weird to have yet another asian faction to be technologically more advanced than the other factions but it is still a great thing. Looking forward to your project, since replayability is gonna be great :p

Well, tech advanced in terms of flashy lights I guess. Who says the apocalypse tank isn't advanced when it can take a spectrum cannon shot in the face? The soviets manage to SOMEHOW stand their even ground against all this high tech, so who's to say they aren't technologically powerful?

Hey, a RA3 mod that is not from Black Drakon, that I want to follow!

This definitely looks like the big, polished mod that RA3 has been lacking. Very excited to see the end result!

huh. good job at making things before announcement! however ostwind don't i know you from somewhere?

When will the mod be released ?

Wow wait, even the aircraft battle system have change as well?
Did you mean not just Celestial aircraft can equip decoy, or something even more then that?

It looks cool, I hope that in this mod there will be robots, sea and space ships, and huge walkers, like the Imperial Executioner, I will wait for the mod

-----S C A L E S-----
Please make the scales of the Planes and ships look bigger than they are right now. Maybe dicrease the size of the troops and increase the size of the vehicles. This has been the only offputting thing in every RTS game Ive EVER played, from Age of Empires to Rise of NAtions and Age of Mythology. The remix mod has infact managed to perfect the scales of everything as far as humanly possible. Please fix the scaling error of rts games and the mod will infact look better than my favourite ones.... KEEP IT UP LADIES AND GENTS

Just wanted to say that this mod looks amazing, from the unit design to the soundtrack(I assume that the music in the demos will be the themes of the Celestial Empire?). Everything is so thematic and I'm very much looking forward to playing this. Following this for sure!

ACH wish we could at least get a demo
REEEEEEEE. love what you guys have done with the navies. feels like the massive naval fights i would have in supreme commander way back when

This may be a late comment but after seeing 'planning Four Sub-factions one for each of them' I really hope that the Empire of the Rising Sun would have their sub-faction be like Yuriko's Faction or something like that, where in its mostly psionic forces and built similarly to Red Alert 2 Yuri's Revenge Epsilon(Yuri) Faction. Ever since we got the RA3 Uprising Yuriko Campaign, I felt like that Shimada's Omega Program can serve as a basis for an idea of a full EotRS Yuriko sub-faction.

But meh, that's just me. Keep up the good work for this mod though!

Personally I had speculated the subfaction would be (now) Emperor Tatsu and his rebels gang, but your ideas sounds just as interesting if not more. Imagine having a psionic army wow!