The huge HD update is finally done and live - and it's packed with all kinds of cool changes to the Coregrounds: New HD graphics, a mean new AI to play against and exciting gameplay changes!

With this update, the graphics have been vastly improved: Coregrounds is now HD, the textures have been completely reworked - and there have been loads of small changes to improve clarity and reduce visual confusion. The following image shows the graphics after and before the update:

With this patch I also introduced a recoloring system: you can now choose a color to personalize your Coregrounds client and the game's web interface: 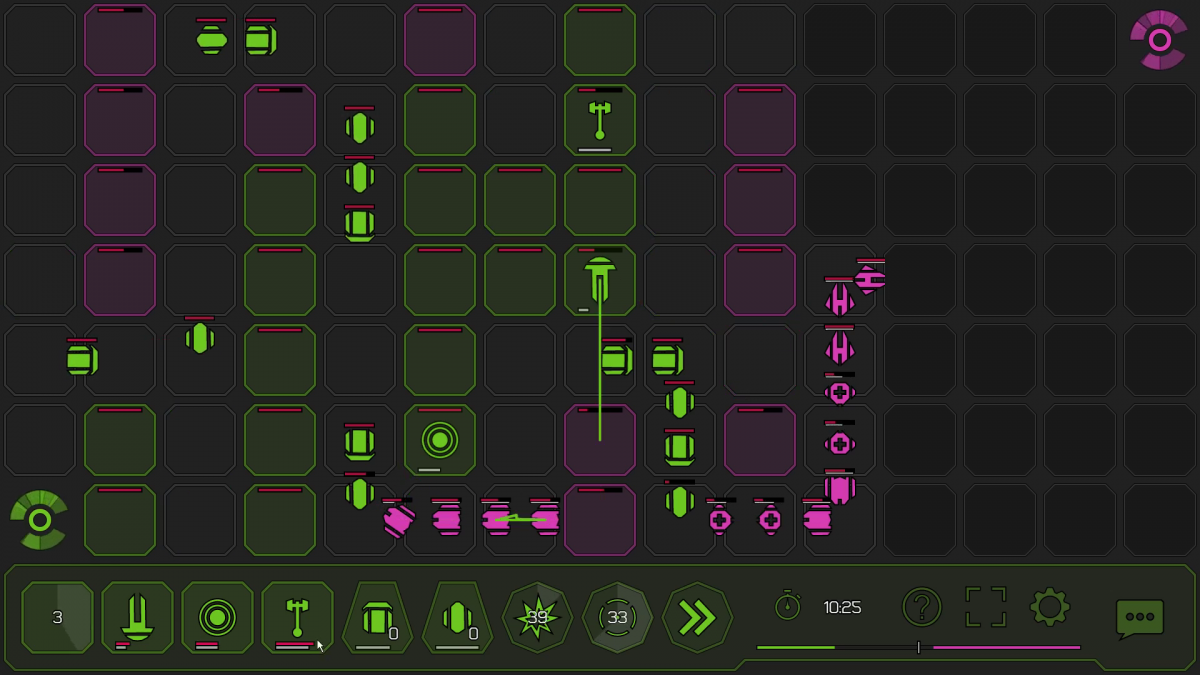 And last but not least: I've added a proper AI to the game, which means that now you'll be able to play at any time without having to find a human opponent. And be wary: that AI is mean and will get better just like you do. It might be easy on you at first - but will definitely try to kick some ass later! The following GIF is from a match against the AI and shows the beginning of the end of the match: I lost horribly! ;-)

Apart from these big changes, I have also added and changed several gameplay elements:

Thanks for reading and see you on the Coregrounds!