Hot off the presses! We have some updates on the happenings over at Monochrome LLC including: Contagion's Steam Shop, Fall 2013 Release Announcement, Official Steam Group, PAX 10, Contagion Screens, Zombie Panic: Source & SteamPipe, and more!

During this past week we've had a few announcements that we are happy to share with you today! We've been quite busy working on getting Contagion up to par and while we've shared a few screenshots here and there we haven't talked about much else behind the scenes.

Many have been wondering when Contagion will be available on steam and while the game isn't on sale yet we are happy to announce you will be able to see Contagion coming to you this Fall! With our Contagion Steam Shop setup we also have our Official Steam Group which you can follow for all the latest updates and news about Contagion! This also includes our official Steam community Hub linked to the group.

Although we won't be officially attending PAX again this year as the lint in our pockets wasn't convincing enough, we have entered Contagion in the PAX 10 competition. Which is a competition for indies to win a chance to showcase their game at this years PAX Prime. So that means, should we win, we will receive a kiosk to demo the game. We have our fingers crossed!

Now in other Monochrome news, the Zombie Panic: Source Steam page will be getting a facelift soon as well as we transition to Steam's new content management system, "SteamPipe." This new system will allow us to roll out updates easier and include some performance benefits to players.

More info soon as we convert over to the new system.

If you've missed them we've posted a few new screenshots the past couple weeks from one of Contagion's maps "Aurora". There will be plenty more to come! Here's a small recap: 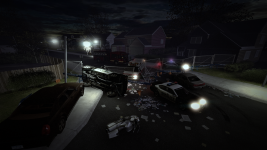 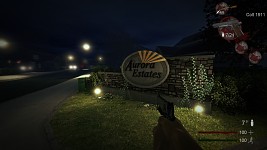 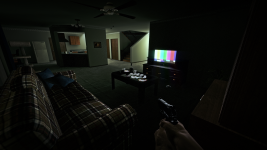 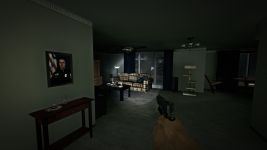 Great news! Cannot wait for both!

Sorry :/ Will let you know when it's available for Early Access/Pre-order as soon as we've sorted that out.

on my steam wishlist since yesterday evening! found it while searching for great coop games, glad to see it there! :)

Kinda agree. While I am loving the game, some parts just look...odd.

Granted, it's not due to release for quite awhile yet, but just the quality is inconsistent. Some parts look so amazing I have to double check them.

Then I see some that look worse than Stock HL2.

We agree and this won't be an issue on release.

There was a mixup and splitscreen is not something we currently support but after someone else (or you on Steam Discussion) brought it up we are looking into the possiblity while also looking to fix tags in the meantime.

Finally, now Dec can get back to Mortewood Plaza :>