Consumables in roguelikes, and in (or not in) Cogmind specifically.

Most roguelikes, and the vast majority of RPGs/item-heavy games in general, have consumable items.
From a design perspective this makes a lot of sense since consumables are the easiest and most direct way to indicate that effect X can be achieved Y number of times. They're also a logical way to enable the player to "find" (and carry, etc.) a limited number of abilities which are not necessarily linked to their character, adding a lot more dynamic potential to the gameplay.

The Cogmind prototype (7DRL) did not include consumables, initially because keeping a 7DRL simple is a good way to ensure finishing, and consumables happened to be among the underdeveloped features cut from the design. Sci-fi equivalents of potions and scrolls, things like "coatings" and "software programs," are also not very appealing to me given the game world.

On rebooting development last year there were yet more reasons to leave out consumables. I like the game's strong focus on parts--nearly every item in the game is a part Cogmind can attach, and consumables would really muddy up the existing inventory. A proper implementation of consumables would probably even require an entirely separate inventory system because their size and effects would make them so much unlike other parts as to be incomparable. Comparability is important when dealing with inventory use and weighing item effects/usefulness during the design process. One very common way to reconcile item comparability in roguelikes is to use weight, but in Cogmind the inventory doesn't use item weight as a mechanic at all, and only uses space/volume to a small degree. I'm certainly not adding more inventories just for consumables.

Besides, Cogmind's general mechanics already include a lot of the "dynamic potential" that consumables are able to provide, especially since you lose parts so frequently. Any item can be destroyed while you are using it, a mechanic very unlike those in most other roguelikes, one which overlaps with consumables. In a sense all parts are consumable.

Last year I did, however, add a new mechanic that simulates consumable items more closely by essentially accelerating the rate at which an item is used up: deterioration (see last section), but honestly I haven't used it at all yet. I do really like it as a mechanic and think it fits well into the game, there just aren't enough items yet to expand into that category. Perhaps it will find more use in a future expansion, but for now most of the game's item list is complete (there are 630).

And now for the main event!

Well, over the past couple days when I was supposed to be working on maps, I instead spent them adding a few consumables. Not deteriorating parts, mind you, but something more directly resembling traditional consumables: single-use parts.

One is a "disposable" weapon, where the part is the projectile itself; some have crazy special effects that involve trade-offs; others become a permanent part of you. All are very rare and unique so I won't be giving you any details :). They're also generally recognizable since they fall into a new sub-category of items that I can't tell you about, either (spoilers and all...).

Like other special items, they're not dropped randomly, but are instead found in prefab areas (though of course the locations of these areas are randomized).

They are all late-game items, and very limited since you'll only find a handful during a given playthrough. There aren't many types in all, but they do run the consumable effect spectrum from buffing, attacking, escaping, to the all-encompassing "special effect."

I like how they're implemented as actual parts, which fits well in the game both mechanically and according to the lore (the latter you'll have to wait and see). As parts you'll still have to attach them to use them, but they take effect and disappear immediately after connecting them to your core.

Okay, I wasn't planning on going into details about the new consumables, but I need an image for this post! So here is Cogmind attaching a Terrabomb, which instantly vaporizes all wall and earth over a huge radius. Lots of potential uses for this one...

Two other previously unmentioned elements are consumable in nature, and while neither has been implemented yet, I'm pretty sure both of these features will be a thing.

The first is secret single-use hacking commands. There won't be many of these, but I'd like to have NPCs provide you with a few that can be later used to achieve special effects. You can, after all, type in anything you want at any terminal (see the section on manual hacking for an example). This is an interesting take on "consumables that can only be used in a certain location."

The other is dynamic terminal passwords. By destroying Operators, robots that oversee local activity, you may obtain their terminal password which can, within a certain time limit, be used to improve your chances of successfully hacking a terminal. Each can only be used once, though, before the system will catch on to you and change the passwords immediately.

Apparently Windows hates PNG wallpapers, so when the previous post was first published, the PNGs I provided looked great when viewed alone or in the browser, but were vastly reduced in quality when used as an actual wallpaper (kinda defeats the purpose). All wallpapers have now been converted to JPG to properly retain all that awesome (switching from a lossless to lossy format to improve quality is SO counterintuitive, but this is Windows...) Get the new ones here. 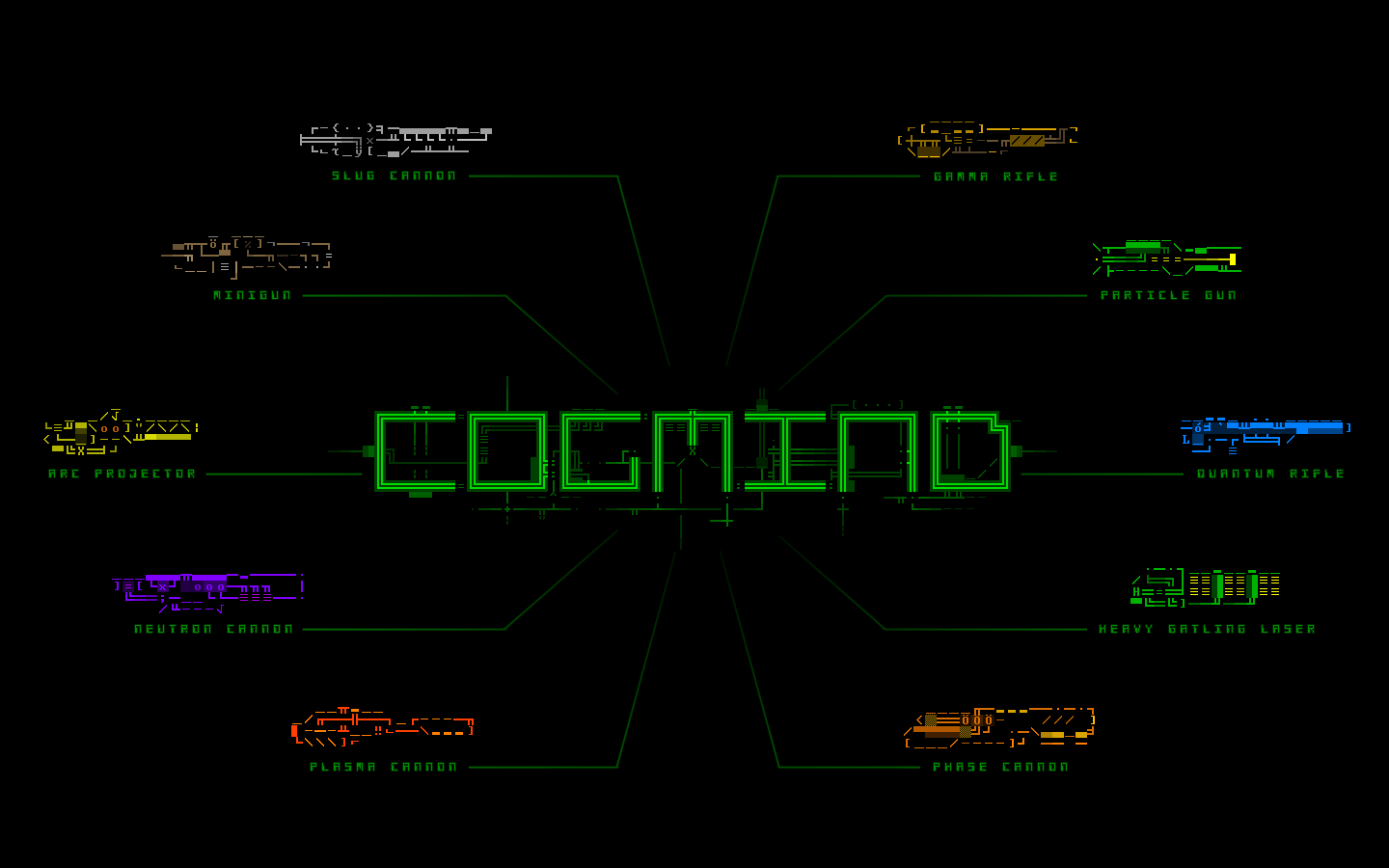