After a long month of waiting, Conquer Online has finally announced the arrival of their latest addition – the Oriental Assassin! A video showing details of this incredible class in action has also been released.

After a long month waiting, Conquer Online has finally announced the arrival of their latest addition – the Oriental AssassinA video showing details of this incredible class in action has also been released.


Being introduced as a powerful long-range fighter, the video shows a promising future for this mystery from the East. They are not just excellent at hunting monsters, but also doing great at single or group PvP. Based on CO’s “easy-to-learn” design concept, new players can also learn how to use
their assassin quickly, getting you right into the action! You begin your training as a dedicated
Archer, gaining the strength and ability needed to become an ancient assassin at Level 40! 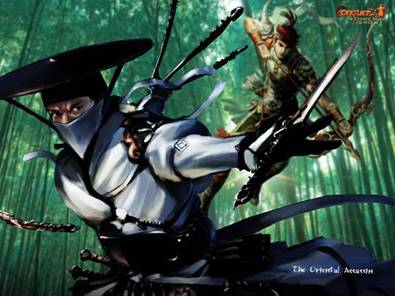 With the arrival the Oriental Assassin, a new US server will also be opened on Jan. 29th, which takes the name of this wonderful new addition to CO! To give the newer adventurers a boost to help them begin their adventure, the CO team has prepared several fun events for all players on the “Assassin” server, along with a starter pack that’s full of useful goodies!

I thought that ninja and assassin were the same

91.com and TQdigital are indies?..
come on guys, do not post advertising topics on an indie website.
It does not make any sense.