A summary of conduct rules to add how discussion should naturally follow.

As a man following the path there is a expectation to continually better yourself and as a member you also consent to rules & are thus honor bound. Don't engage in the following: 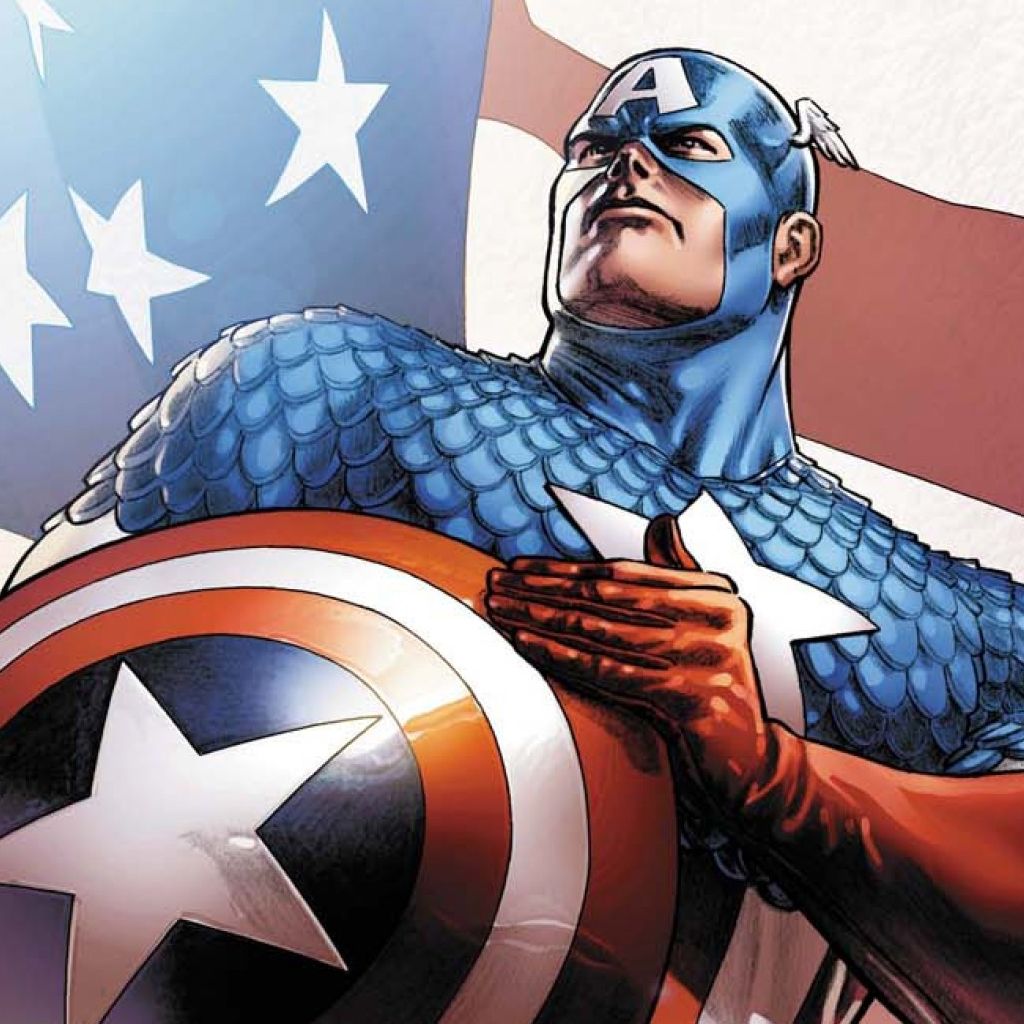 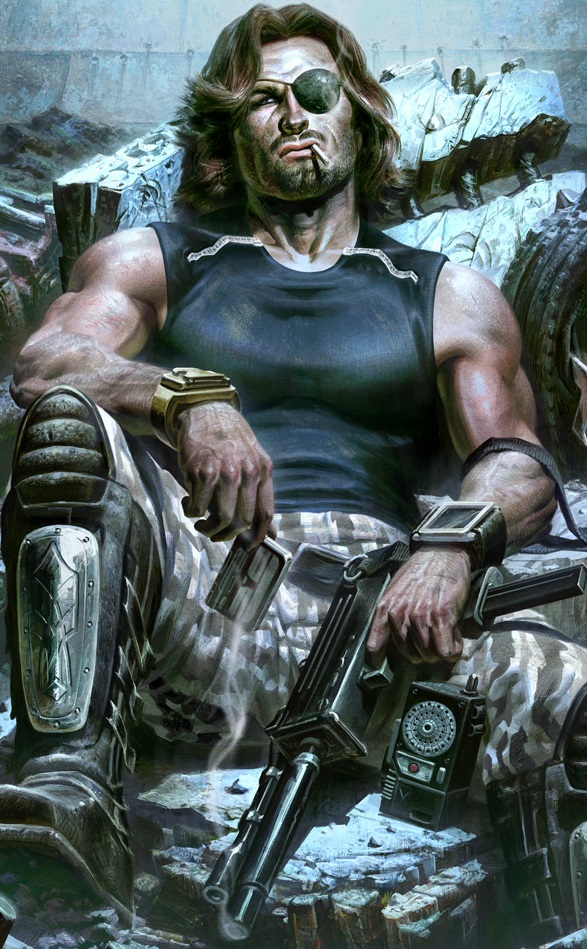 1. Arrogance - lack of virtue, consistency, effort, use of ad hominems, accusations, threats, indifference/disdain to members, posting simply to get a negative reaction etc people who simply are not interested in being a part of a movement, not contributing or associating with any conservative group. Anyone who hasn't should read the group description.

This is where there are is people pretending to be on your side and they act all concerned and really about your good well being but want to give advice where the message is right or get to that point but is found that they aren't really on our side. They will typically call for someone to soften the message and be 'subtle' by self-censorship by removing from the discussion rhetoric and the stance by being measured or less difficult. The point of the opposition is to get the other side compromising, thats where they hope we are compelled to sacrifice what we treasure, the point of our side is to not become "nicer" and adopt a way of thinking just to get along but by an effective bulwark that is providing protection from what is against the family and society.

1.2. Shitposting - Contentless posts or posting images that have little relevance to topics discussed just for the sake of a funny image. Its best to have images contribute with information to the various stances, arguments, theories, concepts, archetypes, virtues, ideals and world-views of the right-wing (names of which are listed in the group description). Anon posts are allowed but are expected to follow the rules, however anything remotely like spam will be removed.

1.3. Role-playing - Referring to things in the third-person that has no relevance to the real-world or entirely based on fiction, tv series, movies, games, hollywood, LARPing etc. This includes hobbyists & entryists who are not serious about challenging mainstream views but would rather simply engage in abstractions, purple prose, be a 'special snow-flake' & post conspiracy theories which are more suited to the government corruption group.

1.4. Autism - Cannot understand symbolism or social interaction usually characterized by a extreme form of egotism, unable and unwilling to engage or understand the ideas presented by the right-wing. If this person does accept the meaning behind the ideas & values presented they will revert back to their usual behavior as soon as someone else exhibits their old behavior and continue seeing merely a literal meaning.

1.5. Subversion; 'Cultural Marxism through the Backdoor' is where the frankfurt school has influenced the point of views of leftist academia due to the prevalence of their members & exposure to their education, pushing ideas or used to justify mass immigration, affirmative action and feminism as their main examples, 'Communism by the Backdoor' and additional links, gaslighting or pushing liberalism under different labels. Reversing our positions and violating our principles and moving to completely different ones is frowned upon since it reflects badly on you and will only consign you to the lowest social standing amongst your fellow brothers. Sophist language and lack of constructive debate will be a bad way to try to gain points on this group page.

Question: What is Cultural Marxism? Cultural Marxism or Cultural Bolshevism seeks to destroy everything good about society, what holds it together, what helps it to advance, what promotes intelligence and beauty. It seeks to degenerate society and take it to a lower form where people are less intelligent and more animal. It's based on the marxist lie that everything good about society is all a form of oppression. Everytime anyone promotes cultural Marxism, they use the same line claiming it is about freeing people from oppression. These common cultural Marxist themes all are promoted by the same lie that they are done in the name of freedom: Liberalism, sexual perversion, degenerate art, degenerate music, mass immigration, affirmative action, anti-intelligence, promotion of people acting like animals, corrupted forms of feminism, multiculturalism, oppressing people of European ancestry, destroying nationalism, and a national identity, and destroying religion. Cultural Marxism is largely a syntheses of Marx and Freud. It is Marxism as applied in the cultural sphere and the analysis and control of the media, art, theatre, film and other cultural institutions in society, often with an emphasis on class, race and gender. AS a form of political analysis, Cultural Marxism gained strength in the 1920's and was the model used by a group of intellectuals in Germany known as the Frankfurt School; and later by another group of intellectuals at the Centre for Contemporary Cultural Studies in Birmingham, England. The Fields of Cultural Studies and Critical theory are rooted in and influence by work of Cultural Marxism. Cultural Marxism is formulated as a way to subvert European nations and civilization using methods other than direct political action. And has been to an extent successful in spreading its lies in leftist academia. From SmashCulturalMarxism. “Political correctness (Cultural Marxism) is used to stop people from speaking freely...It’s got absolutely nothing to do with communication and tolerance.” Another lie is: "postmodern/neo-Marxist claim that Western culture, in particular, is an oppressive structure, created by white men to dominate and exclude women." ~Jordan Peterson.

Cultural Marxism can be defined as: "The gradual process of destroying all traditions, languages, religions, individuality, government, family, law and order in order to re-assemble society in the future as a communist utopia. This utopia will have no notion of gender, traditions, morality, god or even family or the state."

1.6. Punching Right - Be it due to opinion on tactics, news, history & rhetoric is counter-productive, only questions of fact on material matters permit criticism. Clashing morals or world-views due to interpretation or dogma is merely disagreement & not justifiable reason for breaking any of the above rules. A level of responsibility is required to not be baited by users looking for a emotional outlet as opposed to a discussion. If you allow yourself to submit to your lower nature, don't complain as provocation won't be a defense, remember you are complicit in your impressions.

1.7. Communism - The communists want to expand the government and purview of the state so that they can control more parts of the society and the means of production, stealing from the average person too so as to get redistribution policies in place (violating the non-aggression principle & their consent), and secondly to gain even more money & finances directly from the state. Both are contrary to the conservative stance i.e. they are unable to be conservative according to us. Marxists also try to deconstruct the way of life of the west, it was a critique of the west. Marxists believe we are infinitely maleable and can be changed to suit their whims that they may have. Whereas we believe that humanity is fixed, has universal morality and culturally unchanging, natural law gives some points for us to follow as to what that maybe & how to structure society. Also its only delusional marxists who believe in their class more than their ethnic identity. They believe we have more in common with someone in their profession or class, but just because where screwed by the same people internationally doesn't mean we can unite with somalian, japanese, congolese, aborigines. They fail to be conservative & nationalist, and are instead rely on more socialism/marxism here. Also Marxism gives people responsibilities without "privileges"/rights in similar proportions, where as we believe in rights with the responsibilities.

We're here to be of benefit to our people, find a common ground hopefully, not be consumed by consumerism, reluctance to defend family, nation and society, traditional gender roles, parenthood and religion, be a defense for our rights as fellow citizens. Some of the powers that be aren't going to stop attacking our rights so we should not give up on protecting our way of life & the rights that help give us the freedom we need to live that particular way.

The secret to effective meditation:

1. Sit in a comfortable chair, don't try to do it on the floor or anywhere else.
2. Know what your purpose is. And know what you want to have. i.e. Answer this question: what do you want?
3. Feel as if your dreams are coming true with every meditation.

This is interesting, but frankly, most people cannot engage in a conversation any longer.

And as long as you believe there is always a backdoor-agenda (zionism the top one) then there is no point in debating.

I do like to talk with people I disagree with. These are the right times to proceed his way. But do not expect to win in that fight with conspiracies and total falsities.

The higher man is the tolerant man, it is wise because he listens and accepts different points of view. Even the Jewish one.