Read on for a a media fest of concept artwork, environement models and updates on our current progress in animation, character implemenation in-game and much more!

It's been over a month give or take since our last 'real' news release and we just wanted to let you know the TA team are hard at work on what will be a very impressive and standalone FREE game!

We are all very much aware you want to see in-game footage and material, but at present it is not possible and probably 1-2 months off realistically. We thought it was best we tackle this most asked question first to save you the time asking it again :)

Why though? We hear you asking further...
Well think of this as a big puzzle, we have various departments working on individual tasks which will be pieced together at the end. Such things currently being worked on are below:

Our music/sound team consisting of Lead Jtmarrin, Nishant, Roland and Havokmann are currently taking real life samples of trains, splashing and other sound effects, all being brought into game.. like bullet impact effects, explosions, weapon sounds and so on! Not forgetting MyPetGoldFish our voice over actor whom has just fine tuned a 2nd round of voices for our swat char... AND... is currently working on a teaser trailer !!

We then move on to our level designers, we have 5 very talented guys busy at work (Restcrew, Teifi, Laky, Carter & Spin) being aided by a superior bunch of environment artists, GuyB, igi, Tausi, Paul, Dandy, Autopsy, Tarick, Hamid Jalili etc.... all supported by our technical artist deeps. Some of their work can be seen displayed below. 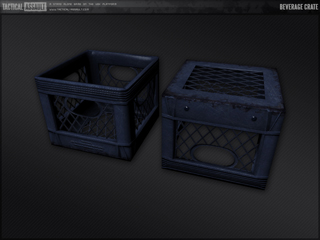 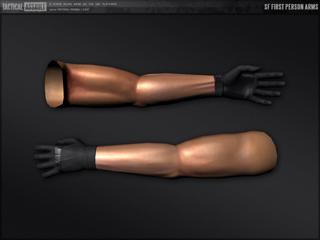 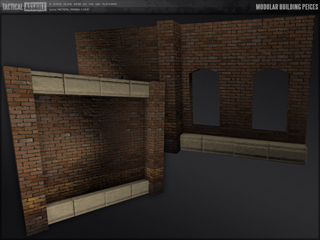 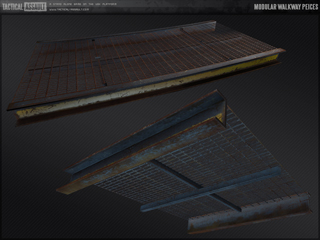 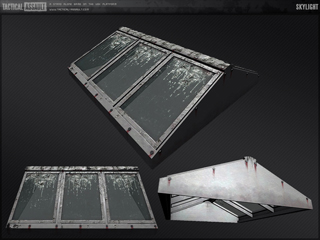 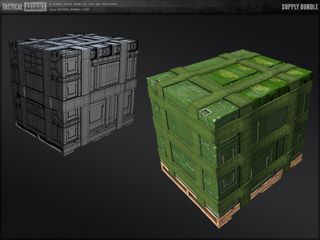 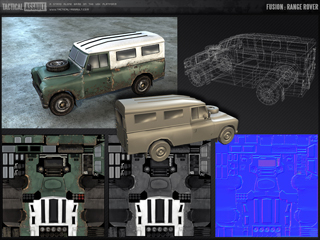 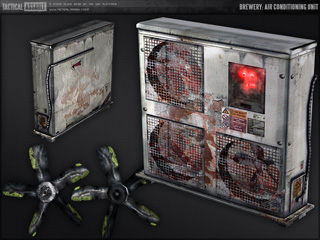 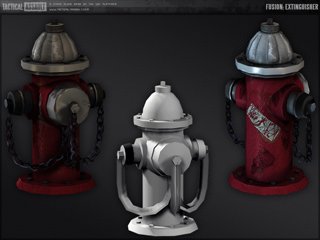 Other things being done behind the scenes is Dandy's animations (which can't be shown just yet dispite them being finished, we will have a surprise for these later!). Midgard's character hair (still WIP), and Molez whom out of them most deserves a lot of credit for doing a unrewarding and unseen job of UI fonts!

Despite Spins best initial intentions not to do coding, he has ultimately been busy the last week fixing up bugs and starting to implement our weapons in-game! Great work and the same goes to Deeps.. but we can't discuss that yet! Anyway.. onto more stunning work! 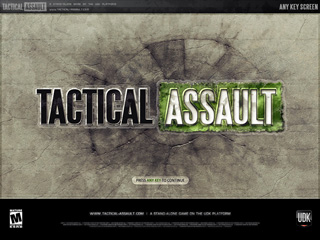 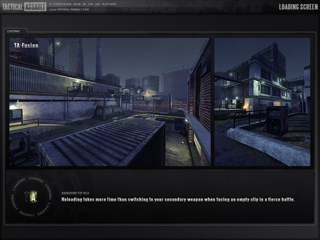 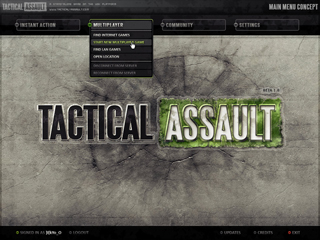 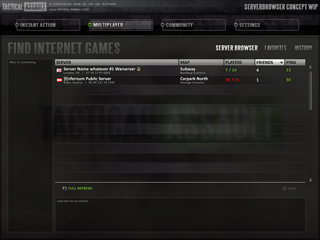 In the background working parallel to all of this is our character concept and modelling team working on new swat/ merc male and yes..... female chars! So all those lass's that want to go gun-ho upon release, you'll be able to do exactly that.. and all those men that want to pretend, go ahead! ;)
We will be showing you these concepts very soon!

We hope you enjoyed the media fest of what's going on behind the scenes and settles some nerves! TA Team would appreciate your continued support and welcome everyone to join us in IRC & of course our forums.

Haha, apparently you don't feel you have to consult the ESRB to see if you could possibly wrangle a 'T for Teen', I see? :P

hopefully your able to set the standard and possibilities in UDK

We are certainly aiming to do that and so far I feel we have achieved and excelled in doing so.. but everyone's individual opinion may differ.

oh my god nitpicking here...On the load screen hint it says "clip". In most modern weapons...IT IS A MAGAZINE...or "mag" for short. >.>

As far as I remember, that is usually a publishers job and since TA is going for an 'open FREE distribution' a ESRB isn't really required.. and they wouldn't give us one at that too!

However, with that said we like to cover all legalities nonetheless and shall look into this more prior to being beta-released.

Until then, we aim to kee the M 'Mature' rating as an advisory note and cover our backsides, just incase.

You can't create the ESRB rating yourself. :P
That is kinda something like forging and is worse than trying to cover your backsides, which you don't have to anyway..

But it looks Pro. And nobody cares.
At least make an amusing Rating for yourself though : o

Bare in mind, this is conceptual work... not ingame and not public yet so is always subject to change.

As stated before, "we shall look into this more prior to TA being beta-released"

Thanks for all the helpful comments and suggestions, all taken onboard nontheless. We like to listen and communicate directly with the the community, so your feedback is always welcome and appreciated,

Looking good and all, but the name for the project seems a bit bland tbh, "Tactical assault" does not have enough flavor to it imo. Kinda reminds me of one of those counterstrike clones, sudden attack, special force, tactical ops, etc. These are all names that I think lack personality.

However that is just a minor complaint, otherwise keep up the good work.

I don't know... I'm getting kind of bored of CS-ish games.

May want to sort out the number of typefaces and general visual heirachy in future revisions of the UI, it's a bit of a typographic nightmare as is. Despite the above, it's definately going in the right direction, as is the rest of the project. Excellent stuff guys (and girls?), looking forward to future updates and a stupendous release.