Today I've finally payed off final bill for the trailer animation you might enjoy on the front page of the project. Hence, all early concept arts we've developed for it becomes our property as well as they become part of the After Reset universe themselves. I feel like to share them with you in full HD with some concise marginalia.

Today I've finally payed off final bill for the trailer animation you might enjoy on the front page of the project. Hence, all early concept arts we've developed for it becomes our property as well as they become part of the After Reset universe themselves. I feel like to share them with you in full HD with some concise marginalia.

Daedalus: The Sun from CBST (click to load full HD): 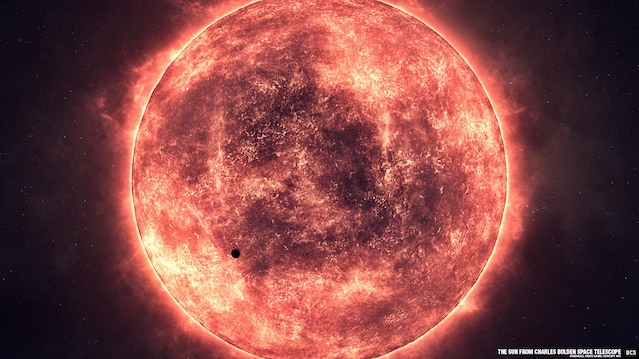 N.B.: The Charles Bolden Space Telescope (CBST) is one of the most advanced space telescopes of humanity by 2112 A.D. You might find Matt's implication in its data processing in his BIO.

N.B.: The size of the Mercury was shrank in the final concept after my calculation of the Mercury's Angular Diameter and CBST distance

N.B.: Speaking of Angular Diameter, the sun image you might see on the Main Menu of the Daedalus due to hard sci-fi approach is not just "observation window"-view. It is a huge display built-in. I know, in Sunshine movie crew could observe the Sun from some transparent windows but the reality and astronomy are against it. The average angular diameter of the Sun seen from Earth orbit is 0.5° while its angular diameter seen from Venus is just a little larger - 0.74°. Larry quite patently illustrated it there. Hence, one does not just enjoy direct spectacular view of the Sun from the orbital backyard neither from Earth nor from Venus :) 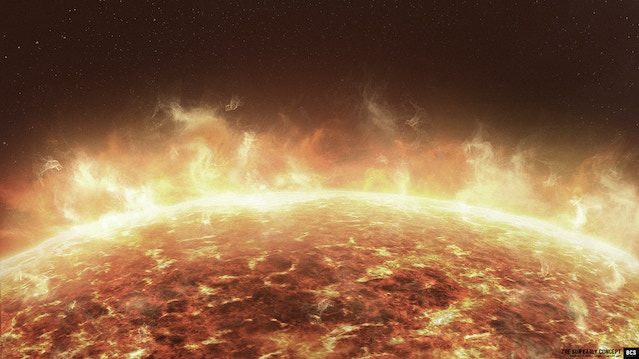 N.B.: At first I felt like to animate my script for the trailer in full 3d CGI like marvelous Blur Studio do in their trailers (e.g. like that). We even managed to create several drafts of the space, Sun and DSS, though, we faced that a couple seconds of that animation was rendered for a whole month. Another unfortunate discovery was the expenses... I still had to pay the production but I could not afford myself $100k+ for 1 minute trailer. M.b. one day... 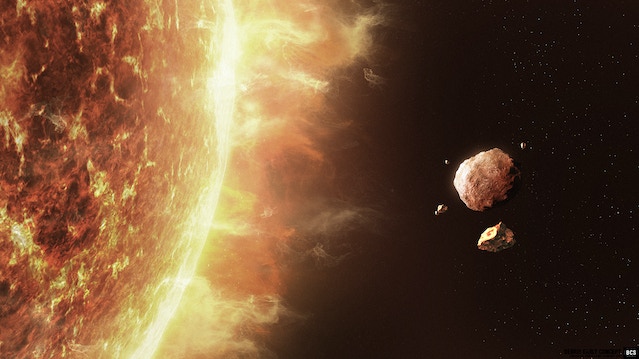 N.B.: As no debris or asteroid, in fact, could flight so close to the Sun without being dispersed into plasma, that concept was excluded from the trailer production. 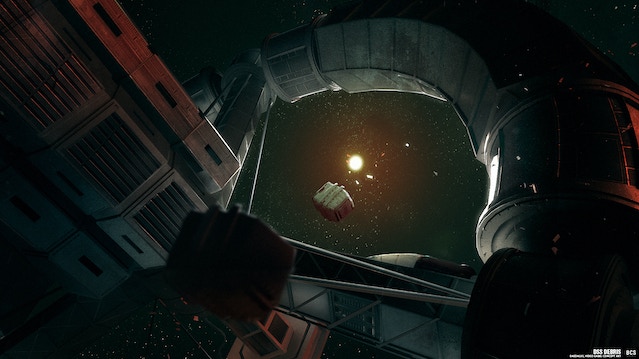 N.B.: Here you can notice the DSS sketch before I modeled the station. 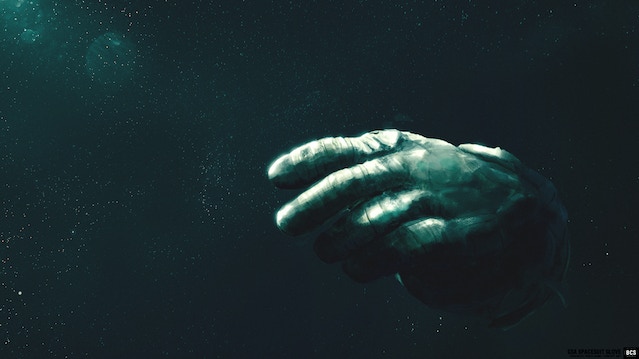 N.B.: That Glove-shot intended to set the mood of the Daedalus as a brother of the Sun-shot. There is that glove modeled and textured, with Global Space Agency logo on it, on our project front page. Going to post it in HD later as well. 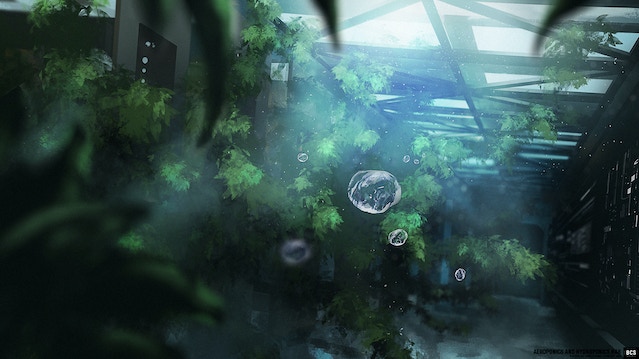 N.B.: Hydroponics and Aeroponics are vast thrilling topics themselves. Anyway, as a part of Closed Ecological System of the DSS they represent major contribution to Environmental Control and Life Support System (ECLSS) system and provide crew with the fresh greens :) 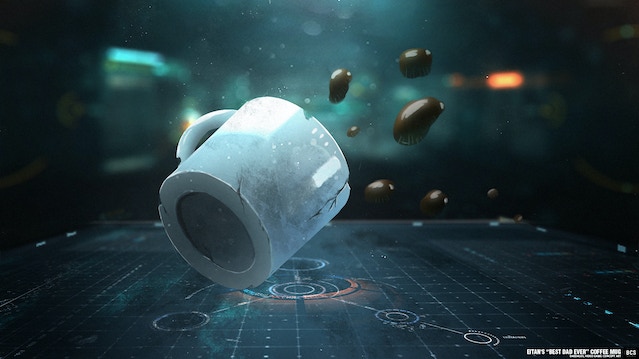 N.B.: This mug belongs to Eitan. You might find in his BIO that his daughter, Avishag, made it for him. 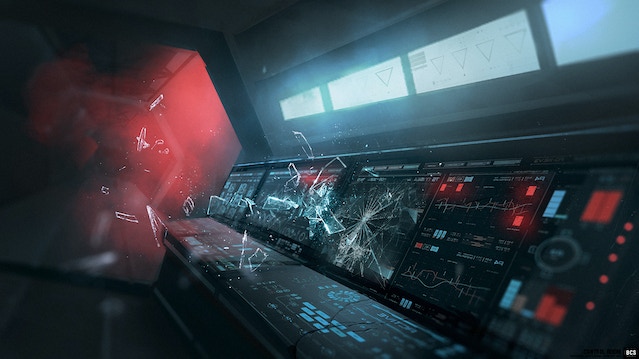 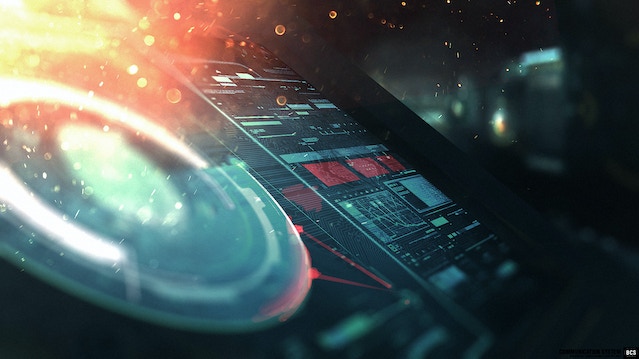 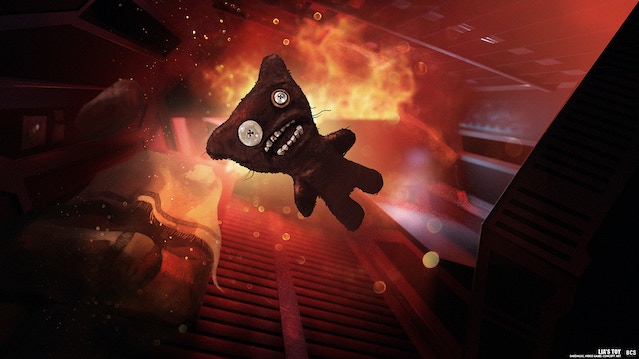 N.B.: This creepy/cute Japanese plush toy belongs to Lia. You might find that in her exalted BIO. 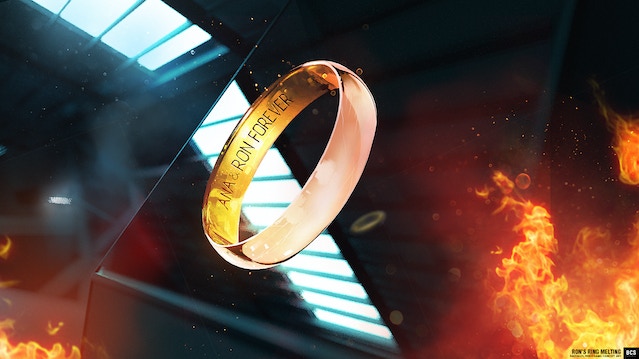 N.B.: This is the ring of Ron. The same one has (or had?) his wife Ana. Their quite sad story you might know better in his BIO he shared with the crew aboard the DSS after several month of the mission. 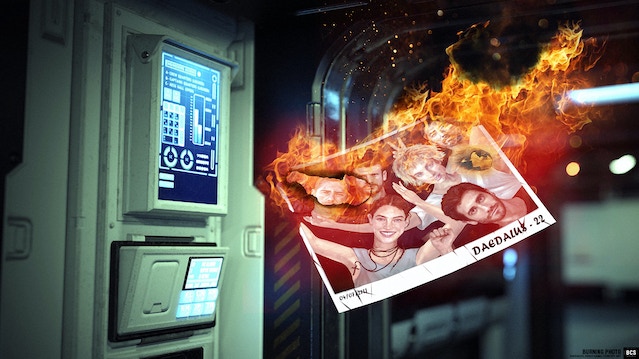 N.B.: That is their selfie made 04/07/2111 when they arrived to the DSS and changed the previos crew of the 21th mission. By the beginning of the game that photo is pinned in Matt's cabin.

And speaking of Matt... 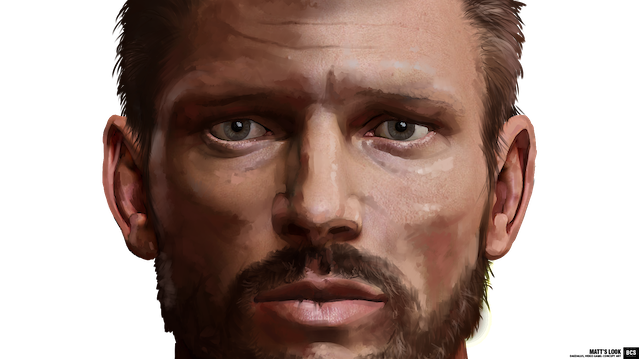 Thanks, for your rooting and likes, guys!

I don't give up and in the coming update will share the new plan B for the Daedalus as well as the huge breakthrough in the storytelling for the game which brought me 1000+ karma for the day after sharing :)