As we have promised, the 8.5 release has finally arrived. After two weeks of working on the mod day and night, we have come to a state where we are satisfied with what we see. The mod's design right now is much cleaner, however we just got started. None of this would have been possible without the extreme dedication of our dev team, which is now running under the name "ComplexFixers". We all hope that you are going to enjoy the game thoroughly both online and offline. Details below.

Install by extracting the contents of the download to your Homewolrd2/data folder.

Please make sure to visit our forums at www.complexenhanced.userboard.netOn the forums, we're discussing changes beyond the scope of the original complex mod - we will get rid of the mess in the source code of the mod's mechanics, and as a consequence, much of the lag will be gone, as well as our own work will be made easier. You can follow all that on the forums though. 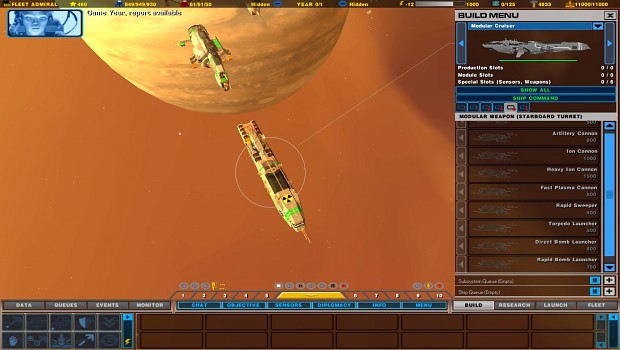 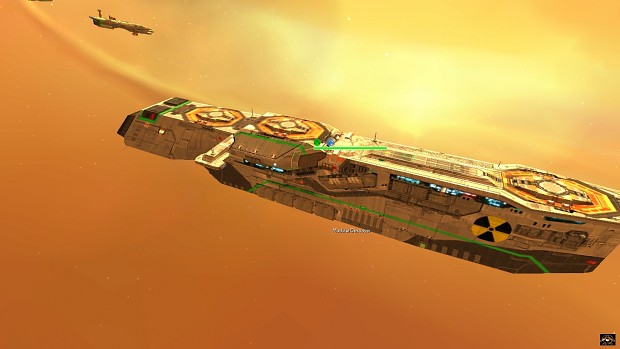 No more talk, check below what we did so far:

Sounds like I get to have fun all over again.... will be said to see the planets maps go though. That was an original piece that was well placed.

Every change was good until the Juggernaut was removed.

Thank you, I think we all are glad that people generally like the changes.
The thing about the jugg,power, planets... you name it... is that the majority doesn't like them. I personally did like to invest into risky strategies with Juggernauts, but the ship does not match the standard hiigaran design. A suicide ship? With crew AND an officer who control the ship to die with it without the possibility of survival? Nah, Hiigarans were never THAT desperate.
As for planets, it simply doesn't fit the Homeworld scale. Just try Sins of a solar empire, and you'll see why it feels wrong to have these asteroid-sized planets in homeworld.
And power... well, the ships could power themselves so far and other than that, a remote space power grid is just silly. Not to mention the lag it creates. Wish we had had the time to tear the system out entirely, but that will have to wait until next release.

Oho, how did I miss this? Somebody is streamlining Complex? You have my best wishes.

Sorry, what do you mean by streamlining?
I think that Homeworld itself is rather far from streamlined - I'd say we're trying to stick to a canon-ish design, with the mechanics of complex. Balancing is one of our major goals, of course.

Streamlining the gameplay, not the aesthetics of the ships.

I had a gander at their forums and it looks like they'll be removing or replacing some of the ships that don't fit Hiigaran or Vaygr aesthetics. They're well along the path to replacing that out-of-place Hiig cruiser model, for example.

You guys could always just scale the planets back up but I agree that the asteroid sized planets were a bit silly.

The problem is with the scale... It really feels out of place to have "planets" with some 10km diameter. I mean the largest maps the game would safely run can't be any bigger than 300km in diameter. And that would still be an asteroid in real life. If anyone remembers the background of the final mission in HW2, Hiigara : now that is how large a planet is in relation to the ships. The team felt like the abominations called planets in the original Complex have nothing to with Homeworld.

Well what I was saying was make them large again so they look like a real planet. I forget who made it but it was an old mod where they actually made a Hiigara planet texture and replaced that background you're talking about with a real Hiigara planet model and texture and it looked so much better.

The best example I can give you on planets I guess is STC and HHF since IIRC they're the only active mods with properly scaled planets. :)

This is not do-able. We need map creators for that. Map designers that will design the planet for us in the background. But that'd also mean that some ships we've removed have to come back. And those ships are mostly lag-bringers-of-doom. If we just scale the planets you as they are, it would look bad and increase lag. Lots of it. We can however do this in the future. If you register on our forum and make a post out of this we will review your idea and I bet it will get through. I'll vouch for the idea.

Liking what I am seeing. Especially removing the power system. Found it weird how that was a gameplay feature.

Wish I could play HW2 mods. Last time I played these mods I was experiencing weird performance issues.

Our changes largely decrease the lag, so perhaps it's worth to give it a try. Reducing lag will be a priority for the next large release. The next few releases will be small patches only though, as we are looking into improving the balance.
Glad that you like our work :)

Next release will make that performance issues WAY less. If you haven't already I recommend you checking out the patch on this "8.5.1".