Post-mortem on the project so far and how things are looking for the future at Infinite Playground.

With the 4th of September less than a month away, our journey with Creative England's Starter for 10 program is drawing to a close. On the 4th will be our final business workshop and showcase which, if all goes well, will gain us the remaining funding for our current project Mech Mania!

It's been an interesting journey for our first real full scale game project. To be honest it has been a much smoother experience than I originally thought it was going to be, something I put down to the amazing team I've been lucky enough to work with thus far.

In the coming months we will be releasing Mech Mania in its early state and carry on working on it until it is complete. The game is still up on Steam Greenlight under concepts, this will be changing very soon as we have our playable version we will soon have the elusive video to show you!

We're also applying to appear at the Explay Festival this year after demoing a very early prototype of Mech Mania there last year.


Also announcing one of our smaller tittles 'Colour Break!' a simple single player game releasing initially on Android devices. The game will be getting its own IndieDB account shortly so you can follow its progress.


From here we hope to grow, if Mech Mania (and Colour Break!) is as a success we can afford to hire more awesome talent and invest the money straight back into our next game, then the next and the next. All of us here at Infinite Playground got into games because we love to make them and so long as we are capable we will!

Happy Gaming & Thanks to our IndieDB supporters!!! 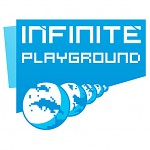 and our financial support from