Two Community Spotlights in one week! Blimey! Well since my last post the community has been thriving and coming out with some new stuff all of which i can discuss now:

First off, the chip of the shoulder Yahtzee has done a review of our beloved game Left 4 Dead 2. The outcome is not particulary favourable and he pretty much atones to the side of the L4D2 Boycott which is an interesting spin but he does raise the question that a lot of Valve fanboys are thinking is "Where the smeg is Half Life 2: Episode 3?". He did a review of Left 4 Dead 1 as well a while back, and i decided to post about that as well so you can see them both here:

Moving on we have some updates from the team behind Bioh4zard (im just going to call it Biohazard from now on, typing the 4 in is a bit jarring to my typing flow). Their news post talks about the lack of L4D2 SDK which was a big problem with the first game, but their major news talks about what they have planned for the campaign. They may be adding in new common infected, new super infected and perhaps some new survivors but a lot of that is speculation and "if we can, we will". They have some cool pictures of a spider infected which acts like a boomer and is only found in the sewers.

But one of the major factors that they mention is that the campaign is going to have different paths, and I'm not talking about some times one route is blocked off. I'm talking that this has multiple endings depending on how well you're doing. And if you do really well then there's supposed to be a special ending which will have an extended finale and some extra story elements. Multiple routes is something that we were told that we'd get in Left 4 Dead 2 and although to some extent we do have that its not a big deal and i think that this campaign will make an impressive stab at the concept. I cannot wait to play this campaign, I am sure that this one will be a big Left 4 Dead 2 Community campaign that will change things within and set a bar quite high for anyone wanting to release another excellent campaign. When this is out, we're doing a quarantine on it.

I have barely played all of the Resident Evil games, i completed Resident Evil 4, seen the films and i own the rail road shooter Resident Evil: The Umbrella Chronicles. But really this game universe is quite diverse and it looks kind of how the game sort of played out. RE isn't just about zombies, it's a set of virus' that rough things up and this campaign seems to be fitting that idea. We cannot wait. Read that news post here. 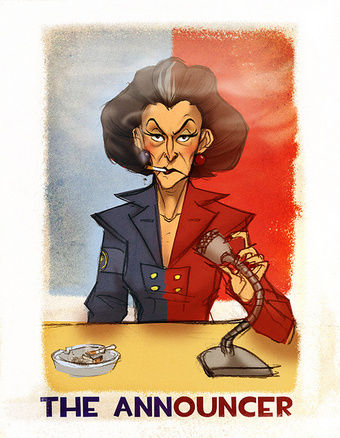 AA Killer pointed towards a thread in the steam forums about the Easter Eggs in Left 4 Dead 2. A lot are really interesting and some we've already spotted or mentioned in the podcast but there are a lot i did not know. Things like:

There are tones more and you can check them out here.

This isn't very zombie-ish but a lot of our community play Team Fortress 2. So I am pointing towards a recent comic that came out for Team Fortress 2. You can read that here. This is about how a Blue Soldier and a Red Demoman are friends and the Announcer is not happy with that so she gets Saxon Dale to come up with some weapons to introduce some more competition. I am thinking that this is a hint that the next Updates are on their way and it's going to be for the Demoman and the Soldier. It's also fun how she looks like a picture of the announcer that someone drew a while ago, she's not the same but the concept is pretty much the same.

Killing Floor out in Australia

Indeed, Killing Floor is now available for buying in stores down-under. This is something that is intriguing, it's the same version we get off of steam. It has not been watered down like Left 4 Dead 2 and has been given an age rating of MA 15+. When i consider the themes and some of the content within the game i find that this game is probably more adult to me than either Left 4 Dead. The horror theme is stronger, the gore may not be more defined but their is still stuff in it that they removed from Left 4 Dead 2 such as blood splatter on the screen etc. I wish that this game would support kill stats like Left 4 Dead then those who play Killing Floor can be in the Z List.

Well that's enough for now. There will probably be some more content out next week for us to discuss. Also we are going to be doing Scavenge mode tactics for Left 4 Dead 2 in the next podcast. Submit your tactics to this thread.