Hello there,
During the last years there were a lot of changes in Nexuiz and there is also a growing community. Old faces are gone, while new faces came. I will try to make an update once or twice a month about things which are happend, or will happen in the Nexuiz Community.

Development:
Version 2.5.3 is on its way, but the release date is not clear, because some bugs are harder to fix then others. If you want to see whats need to be done till the next release check the devtracker: Dev.alientrap.org You also can submit any bugs you have found in the game, so they can be fixed.


div0 coded some Unreal like warpzones, which are pretty cool as a teleporter replacement. Here you can see how it looks like.

tZork already code a lot of awesome things for nexuiz like the turrets( yes, there are turrets and they are in Nexuiz). Lately he started with vehicles.So far he got the Spiderbot, Wakizashi and the Raptor, which are fully useable for the player and of course armed.
The Spiderbot is already in a alpha state, so you can test it and help him with finding bugs. For informations check out this thread Alientrap.org
He got various videos of vehicles on his youtube one of the most impressiv is the Raptor in action.

Sev the guy behind Desert Factory and most of the menu skins started to redesign them and his results are impressiv so far. 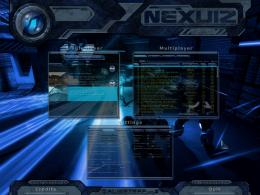 He also released the 3rd beta, so if you are bored with your current menu skin why dont you check his work out. Alientrap.org


Samual and Blub started to work on some cel-shading and presented so quiet nice work for a WIP. 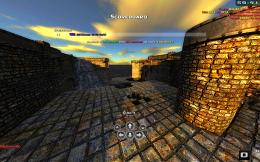 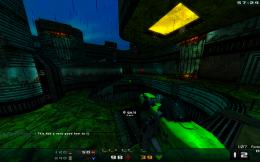 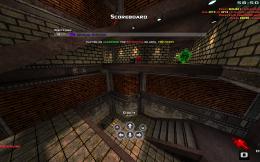 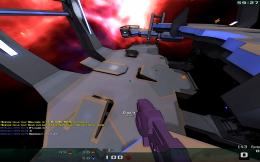 it's the first time i wrote news here on moddb and im not familiar with it, so you hopefully dont mind if it looks a bit messed up.

Cell shading rocks, i'm glad your going that direction. Small stuff like that makes games like this look as shiny as new games.

Take Tron 2.0 for instance, looked crappy, but they added glow/bloom effects that played off the neon world and made the game look amazing.

Cell Shading will be optional and for some maps you will need a powerfull pc, because there is a lot to render (like ruiner in the last pic) since its all client based

Nice i loved Nexus ages ago.

Nexuiz is a great game, but a bit too fast for me old man lol

the oldest know player is over 50

kinda boxy ,say is mfq3 still active there are new updates to mods all the time, cool game annyway :D