We're in the middle stretch of the campaign and have past the $10k mark! We need to keep up the push! Let's keep it going strong, thank you so much!

We started a Thunderclap campaign! What is Thunderclap? It's a simple service that allows everyone who signs up using Twitter, Facebook, or Tumblr to signal boost the campaign by collectively sending the same message, at the same time! We need to get at least 100 people signed up by Friday, June 5 when the message is launched! That's less than the current numbers of backers, so let's make this happen!

For those who want to take Combat Core's VR-themed world to the next level, a new Oculus Rift enabled Windows build is now available for Combat Core! Grab it from the indieDB page!

Although Combat Core keeps the attack inputs simple with 2 buttons, you still a have a lot of options available in your arsenal!

Most characters will have 3-5 hit string if you continue to press the same attack input, but you can actually switch between attack strings at any point of the combo.

Here you can see Bruizer's 2 basic combo strings,
but also a variation mixing both, or also executing a heavy or core attack during the combo!

Parries can be executed by either the default parry button (Q on keyboard, LB on Xbox Gamepad) or by pressing jump + guard at the same time. A successful parry will cause a non-damaging stun to the attacker and open up an opportunity for a counter attack!

If you time it right, you can parry and catch weapons or projectiles!

If you press roll/evasion while airborne, you can recover faster than you would waiting to stand back up! You are also invulnerable until you land on the ground.

The roll evasion move (default is tap B/middle click)has more utility than just increased movespeed. The first few frames of the roll you are actually invincible! With quick timing (or luck) you can completely evade all attacks, even grabs or core attacks! But it does not last the duration of the entire roll, so be careful!

Rolling at the right time can evade ANYTHING

To finish up this update, the talented Jammarie has graced us with some great Pugi fan art! Check it out! 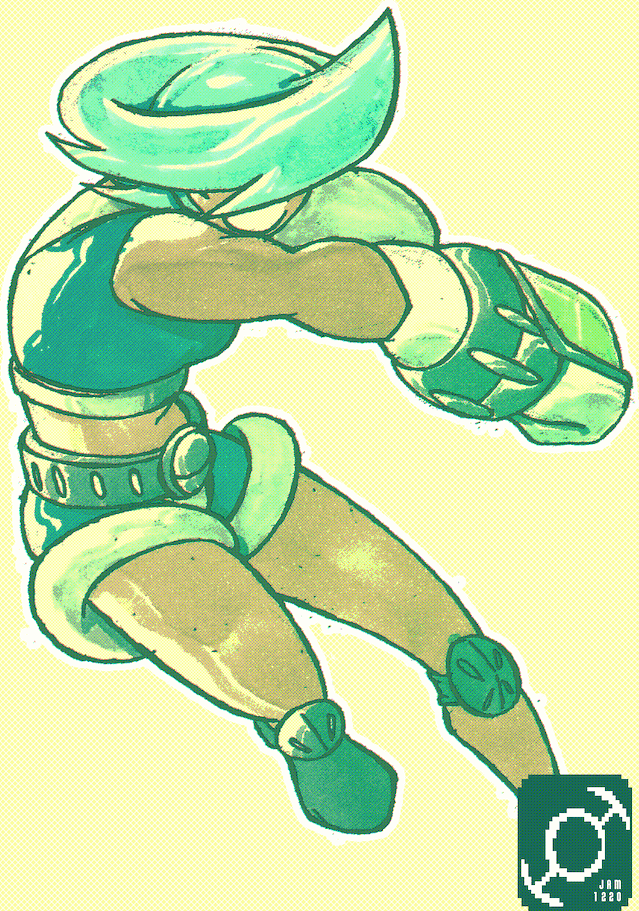 That wraps up this update! Thanks for your continued support and let's keep up the push!