Introduction to the world of COLUMNAE, a non-linear point & click adventure game set in a post-apocalyptic steampunk world, with the concept of retrocausality which allows the player to affect not only the future but also the past of the main character and the world surrounding him.

Hi, we are Moonburnt Studio and this is our first game. We've been working on it for about two years — writing the story, deciding on the graphics style and trying out different game engines. Finally, we decided to use Unity and we've been working very hard since than. Two months ago we felt confident enough to start sharing bits and pieces of our game and started writing a devlog. 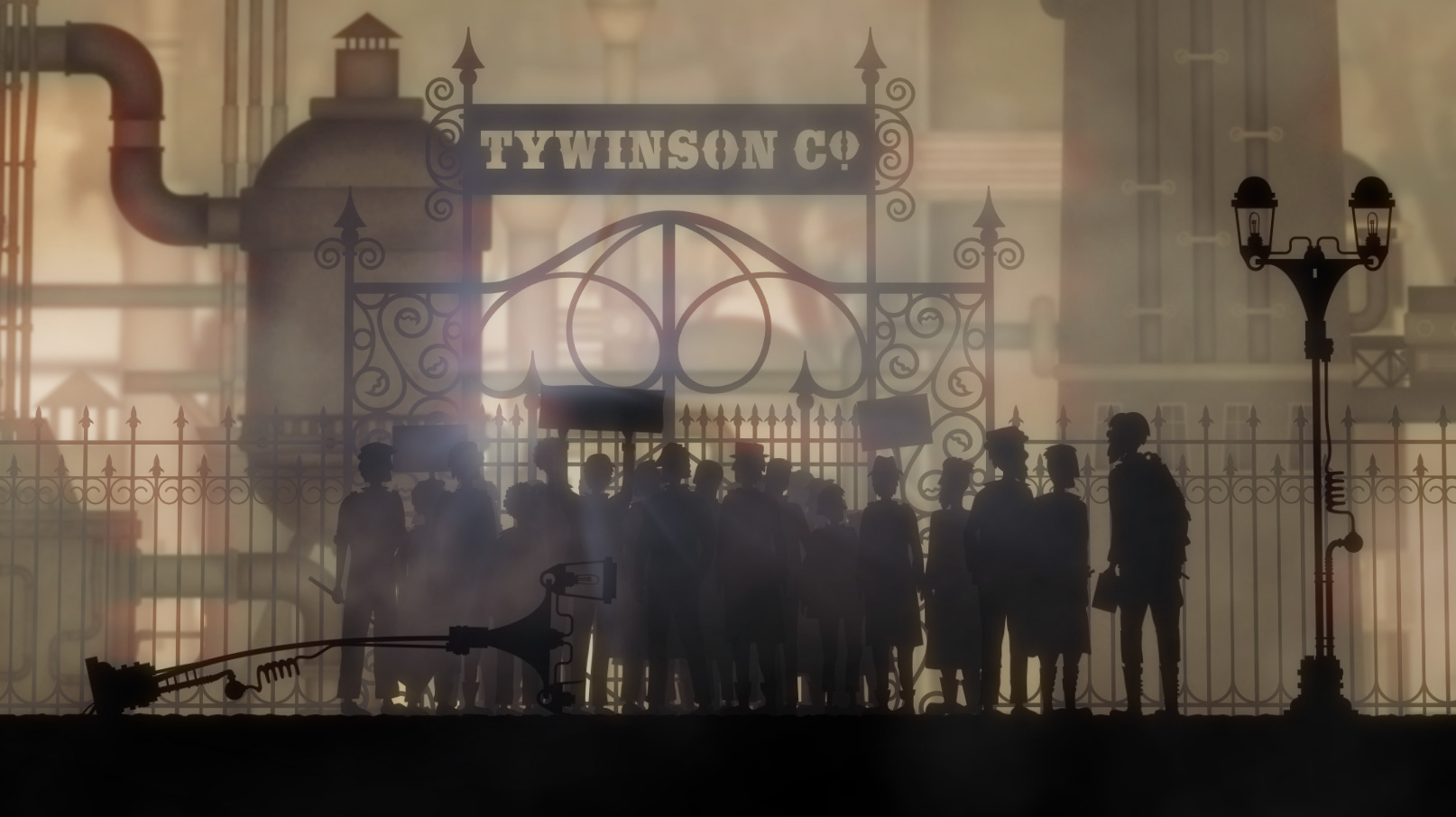 COLUMNAE is set in a world ruined by a gradual environmental catastrophe that left the surface of the Earth uninhabitable. The story is focused on a society descended from people who couldn't afford to inhabit the "city in the clouds", called Deus, when the ecological disaster was imminent. Deus is a closed town built upon gigantic metal pillars – Columnae. Lower areas of Columnae are very poor, with heavy air pollution and the higher areas are more developed and act as the center of the economy and social life. 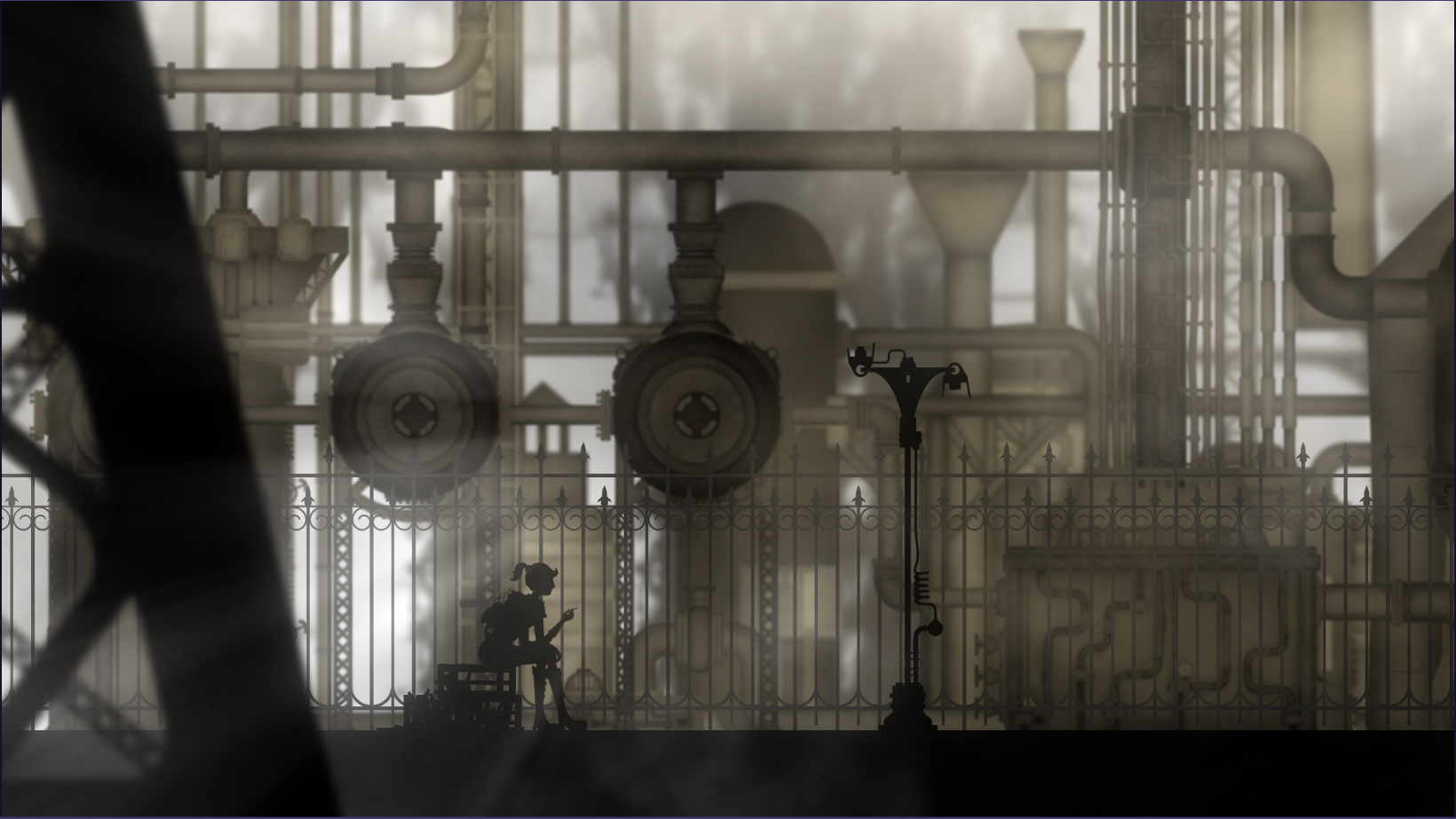 Beneath the pillars, a huge apparatus Machina was built to automatically extract underground resources and pump them up via pipes, through Columnae and into Deus. The society of Columnae is staying alive by parasitizing on resources coming from Machina. This environment will be the darkest, the emptiest and comprised of claustrophobic control rooms/passages and huge halls filled with organically connected subsystems of enormous pumps, hammers, cogs, wheels etc.

The Cliffs are inhabited by descendants of those who found their refuge from pollution on "nearby" highlands. In contrast to corrupted capitalistic society of Columnae (whose economy is based on the resources coming through the pipes from Machina), those on the Cliffs follow more of a tribal/anarchistic organisation, collect their own resources and grow their own food. Cultural diversity and luxury goods are lacking though. 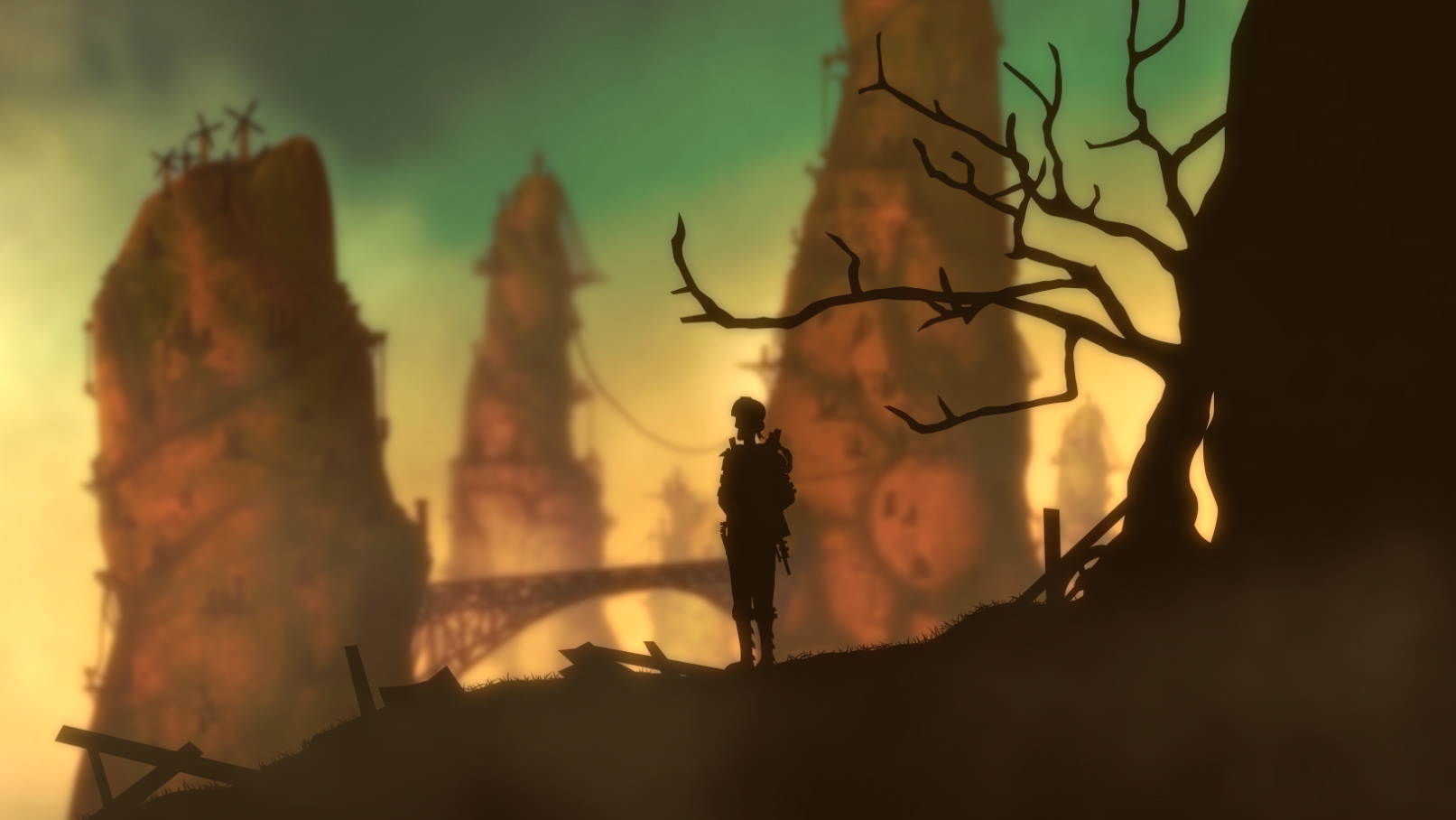 The 4th and the last environment is the Greenhouse, owned by the Baroness. It is the only known structure on the surface of the Earth built after the catastrophe. It's in the middle of the wastelands, and is built in a way that enables "normal" living (i.e. not dying of poisonous gases), growing of plants etc. (The concept art is shown below). 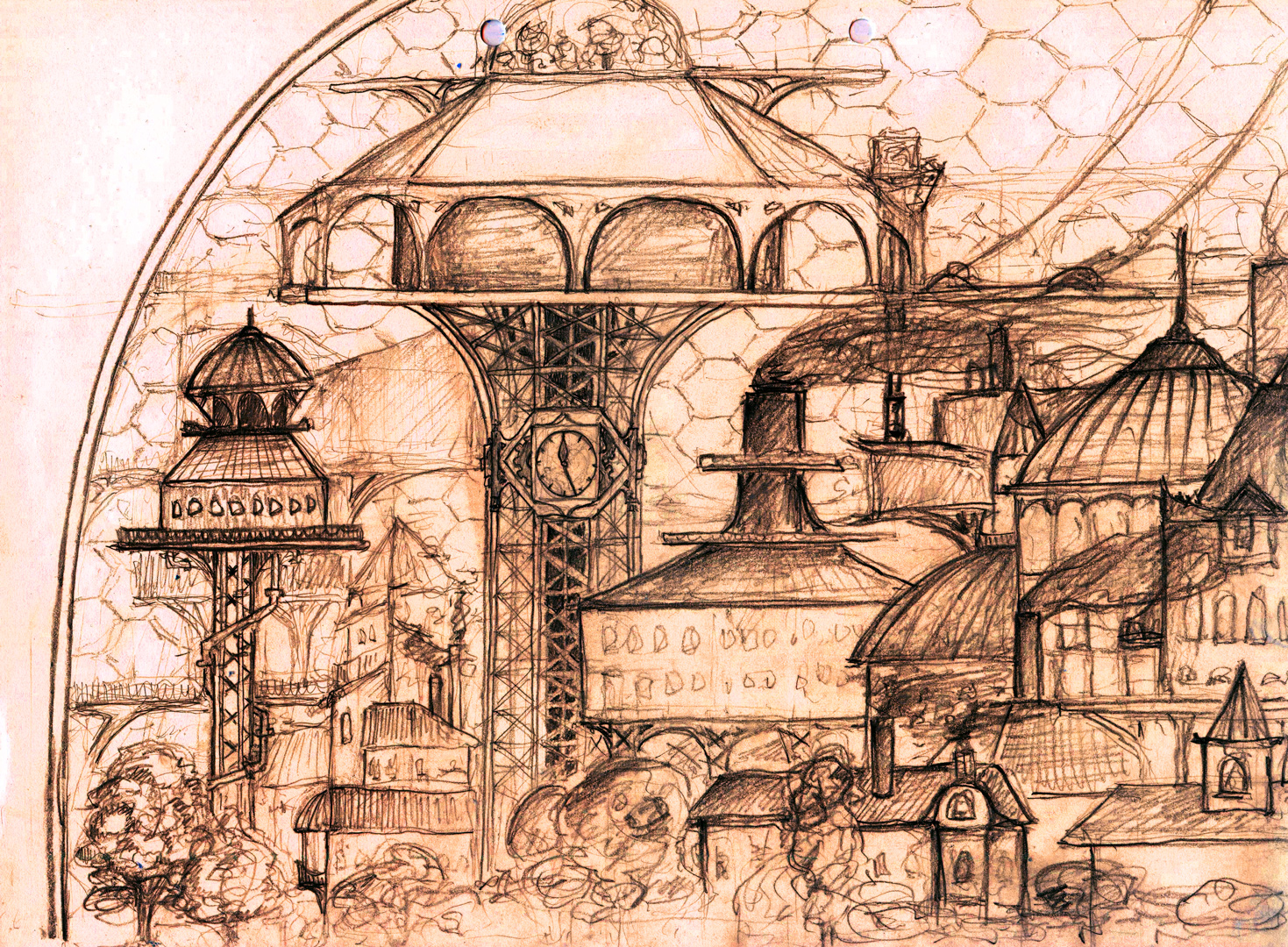 You can follow our progress via one of this links (or all of them):

COLUMNAE: A Past Under Construction Point and Click
Related Engines