Hundreds of mobile indie game developers around the world submitted their game to the Appodeal Indie Game Blast Off Contest. Twelve top finalists were chosen for their potential to become the next big mobile game. After an intensely competitive public voting period, one game successfully pulled ahead. Appodeal is excited to announce that the grand prize winner of the contest is Colorfill.io by Grandline Studios. 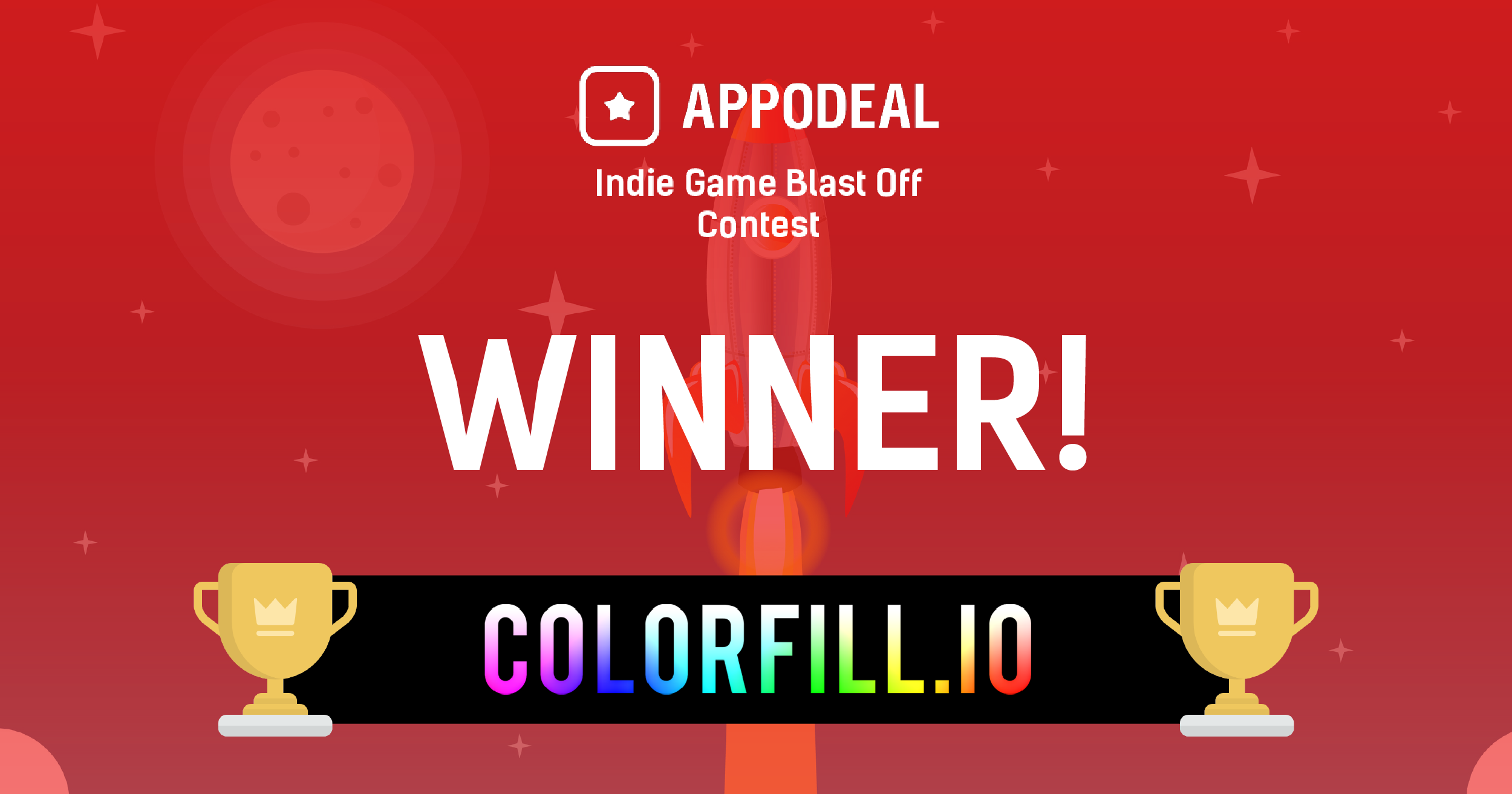 Hundreds of mobile indie game developers around the world submitted their game to the Appodeal Indie Game Blast Off Contest, which launched in November 2016. Twelve top finalists were chosen for their potential to become the next big mobile game. After an intensely competitive public voting period, one game successfully pulled ahead. Appodeal is excited to announce that the grand prize winner of the contest is Colorfill.io by Grandline Studios.

“We are absolutely ecstatic and delighted! It was a great feeling to be chosen as one of the finalists, and now to find out that we’ve actually won the contest, we are totally blown away!” said Habib Niazi, Co-Founder and CEO of GrandLine Studios. “We’re very grateful to all the people who supported us by voting in the contest and helped us to secure the win, and finally, we are really excited about the impact the prizes will have on our game and studio going forward.”

“Appodeal was originally created by game publishers for publishers and we want to give back to our indie game developer community. Too often we see lots of great mobile indie games perish due to lack of players or revenue. By running this contest, we want to give games with great potential the boost they need to take them to the next level,” said Pavel Golubev, CEO of Appodeal.

The grand prize includes 10,000 installs of the winning game through a mobile ad campaign powered by Appodeal’s Intelligent Ad Mediation. The winner also receives a guaranteed spot at the Indie Prize showcase, free access and accommodation to Casual Connect Asia 2017, and 1-on-1 mentorship with three mobile gaming publishers and industry experts to help guide the winner's game to reach new levels of success. 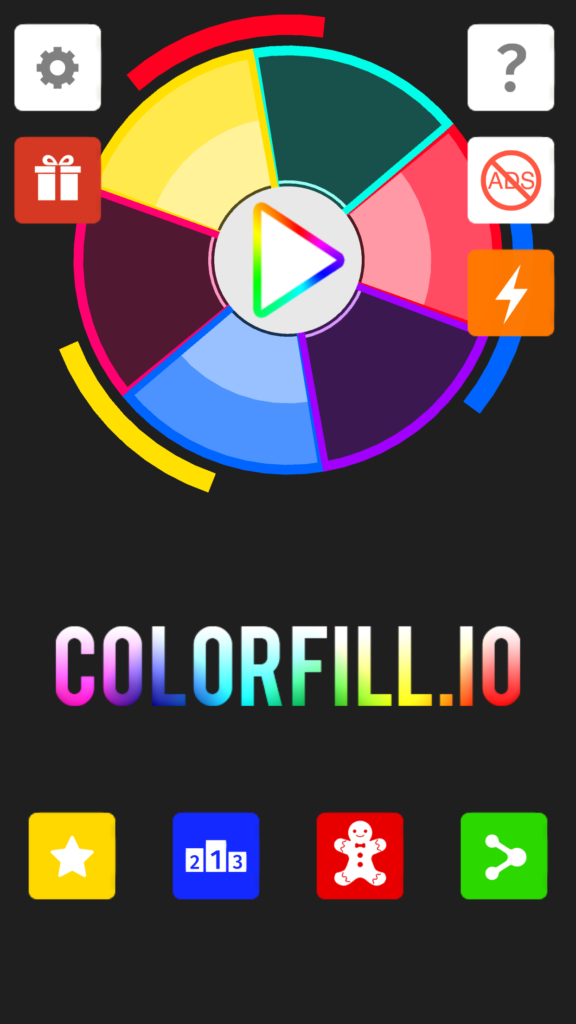 “As a small indie studio, running an ad campaign of this scale would not have been an option, so it’s given us an opportunity to make use of resources we wouldn’t normally have access to,” said Niazi.

“We’re also hoping that with the help of the experts we can get on the fast track and springboard this achievement to even greater success and opportunities that will eventually help our game reach the top of the charts,” he said. “ As a result of the valuable exposure and promotion from the contest, we hope that it helps to establish us as an up and coming studio.”

“We’re a small self-funded indie studio from London, UK. We’ve been working on a few titles for VR and Mobile, but this is our first released game,” said Niazi.

“Colorfill.io was actually inspired by a trip to the fun fair with my nephew. There was a ball in the bucket game stall that he kept playing on that gave me the idea,” he said. “Once we had the basic idea, we continued to refine the game mechanics and features and came up with a theme that worked well with the core game, which ended up being the color wheel.” 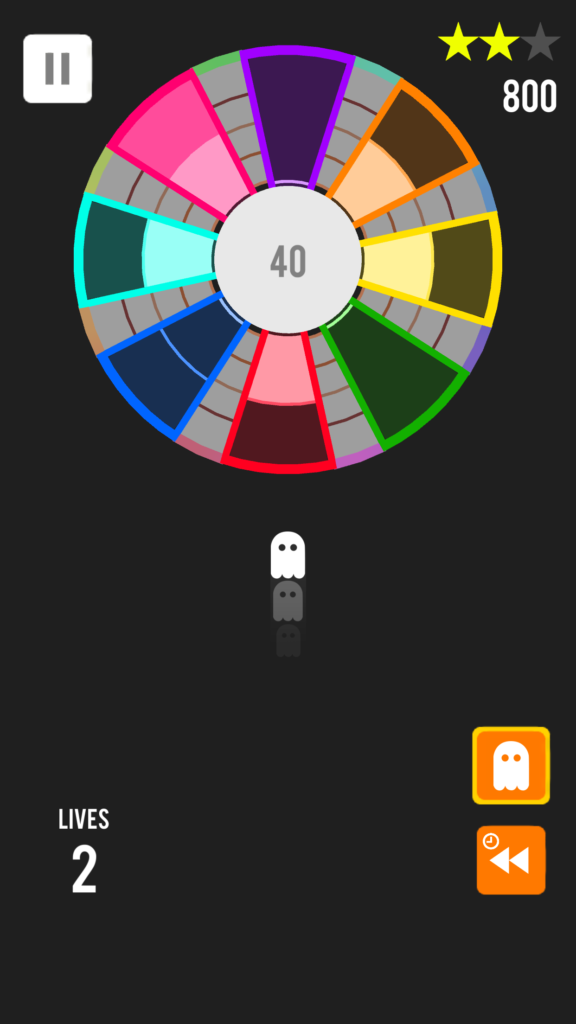 “The basic premise of the game is to shoot colored balls into the matching colored sections of a color wheel. The goal is to fill up all the sections of the color wheel without losing all your lives, once it’s full, the level is completed,” said Niazi. “It’s a game of skill, timing and patience!” 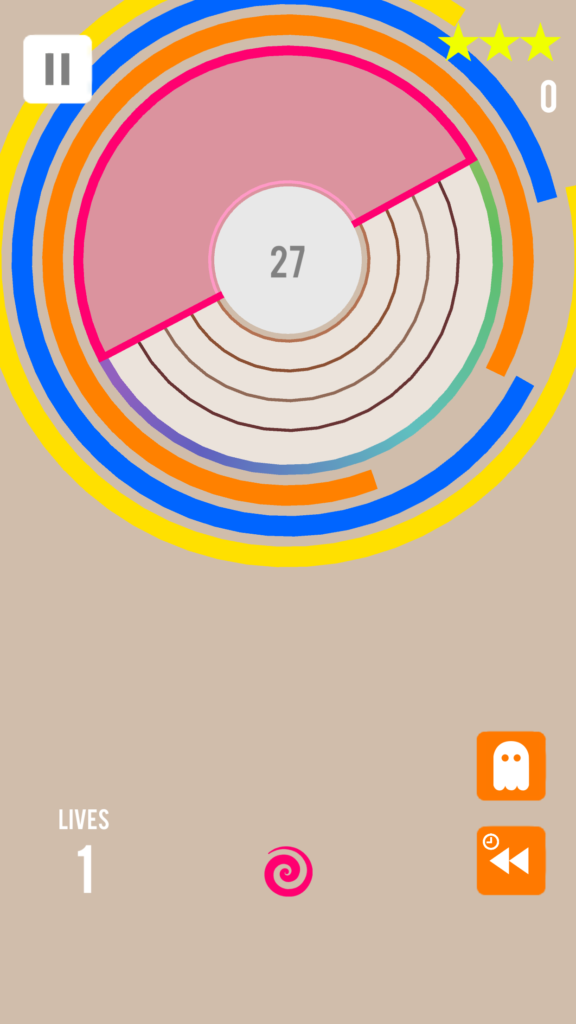 The top 12 finalists were chosen by the Appodeal contest committee based on the games’ hook, mechanics, design and monetization setup to gauge their potential and readiness to be at the top of the gaming charts.

“We learned of Appodeal after doing much research into the different Ad Mediation networks. We found lots of positive reviews about their service and we had a great experience dealing with their support team which convinced us to use them for our game,” said Niazi.

“Since integrating the SDK into our game, I’d been visiting the Appodeal site regularly and came across lots of great content on their blog, which is also where I saw the post about the contest,” he said. “I immediately recognised that it would be a great opportunity for us and we’d only just launched the game, so the timing was perfect.”

Appodeal is now accepting games for the next Indie Game Blast Off Contest.

The grand prize winner wins 10,000 installs through a mobile ad campaign powered by Appodeal, 1-on-1 mentorship with experts in the mobile gaming industry, a spot at the Indie Prize and free access and accommodation to Casual Connect.

For more details and to enter, check out: contest.appodeal.com.

Congratulations to the winner and all the finalists!

1st Runner-Up: Dot Me Out! (Download on Android or iOS)

Designed for app publishers by publishers, Appodeal takes care of the revenue stream through an automated marketplace where ad networks and other demand sources compete against each other in real-time auction for every ad impression. With just one SDK integration, a mobile app gains access to over 35 premium ad demand sources monetizing worldwide with all major mobile ad formats available, including rewarded videos, interstitials, banners and native ads.

In a mobile ad industry built for advertisers, Appodeal puts app publishers first, the way it should be.