Fix for the first Modern Combat Mission is here, along with several other new goodies, such as new Chinese head textures, Casevacs for Hardcore and new HD ground textures.

We would like to first thank you for voting and getting us in the Top 100 of this years Mod of the Year competition. With the last few days of voting to decide who wil get into the top positions we have decided to release a new patch to show that we are still dedicated to you guys!

We have fix our first Campaign mission so that now anyone can play regardless of if you own ToV, OF or some other type of combination. Just select whichever campaign that you own from the drop down menu at the top (note the different CoH versions all load the same mission), We have also taken the time to fix several bugs and do some small tweaks to our balance! Most notably we have adjutsed the size of the new PLA Tier 3 and Tier 4 buildings so that you do not have as big of a problem setting them up in your base. Additionally we have added new textures for the chinese faces, Type 99 digital camo and adjusted Rain's M1A2 textures. 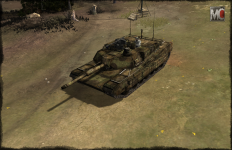 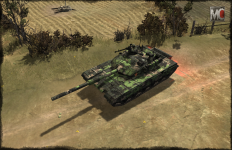 As for balance we have three things we would like to highlight. Firstly the adjustments we have made to the US engineer shotgun, now it will not be as effective versus infantry in the open it will be much more viable as a building clearing weapon as it was originally intended. Also we have added a new critical to the US Mortar carrier. It has always been an issue for the PLA to deal with this vehicle early game, when there are only really RPG teams available. This new "Mortar Team Killed" critical will allow infantry that do not have AT weapons to at least disable the weapon until US engineers can repair it. Also useful for hedgerow maps where there are many impass locations. This means that if you throw any type of grenade (normal, molotov, sachel) there is a high chance that you will kill the mortar team's crew. Also this gives the PLA mortar teams a way to fight back against the Mortar Carrier, as their rounds will now be able to score this critical! Which seems viable in real life anyway. And finally an addition to the Hardcore mode, casevac ability to the Stryker ICV and the ZSD89 (med upgrade). This allows you to deploy the vehicle's medics that can then pick up wounded soliders. Instead of picking up these soldiers for new free squads, they return 10 manpower for each infantryman picked up. 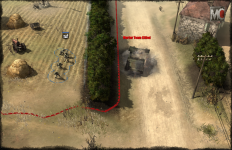 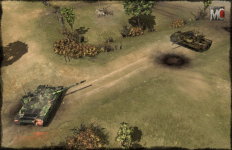 There has also been the addition of several edits of Pfuscher's new HD ground skins. We would also like to thank AGameAnx for giving us permission to use his adaptation of these textures. You will find that several of the maps have a new feel to them with the ground textures updated, meanwhile some maps will look the same. We tried to cut a medium between too realistic and keeping CoH's original art feel.

The Modern Combat launcher should automatically notify you about the patch and download it for you the next time you launch it. If you run into problems with the automatic update, you may download and apply it manually via this link.

Stay tuned and keep your eyes open for updates at moderncombat.blacksandstudio.com!
Sign-ups for the Round Robin Tournament are now open! Depending on the number of players and the activity we will decide how long players have to coordinate their matches. This will give players flexibility to arrange a match throughout the week. We will provide more information about the event with a news post in the upcoming weeks, giving all the details!

Hotfix 1.013 was released to fix the error that would cause players a Crash to Desktop when trying to launch a multiplayer game. The Launcher should automatically update for you, otherwise manual link is here.

I downloaded this and it says I don't have the right files on my computer.
Great mod regardless.

I downloaded the mod awhile ago from Moddb. I downloaded this update today, excited to try out the single player mission. I get this I49.tinypic.com . I re-installed the mod and all the patches but still get this error.

Ah, I thought it was mod related. I'll try this out, thanks!

this Mod only for online?or i can play offline??

You can play both, we have our own AI set up.

You need to download the launcher here first: Moddb.com

Or via torrent: Gamefront.com


Once you run the launcher EXE as an administrator (instructions here: Moderncombat.blacksandstudio.com) it should download all the patches automatically. :)

somebody help me?i just download mod combat and i run as admin like instructions but when i click launcher and i choose moddb.com for updated patch but failed to download and to updated,and i can't install the game.can anyone help me?????
Operating System: e.g. Windows 7 Professional 64bit
Did you buy CoH on Steam?: no
CoH Installation directory: e.g. "C:\Program Files\Company Of Heroes"
versions of CoH are installed Tales of Valor

whenever i win a match, the game it crashes to desktop and sometimes it freezes then put a message that i am defeated though i won
great mod guys thanks