Following more than four years of steady progress, Cogmind is now accessible on Steam! Ready to spread the roguelike love and innovation to new audiences :D

It's finally happened. After over four years and more than 8,000 hours of work, Cogmind has just been released on Steam :D

"Released" but Early Access. Some say that as soon as you release on Steam, EA or not, that's it--you only really get one launch and the "full release" won't make as big a splash later. That's fine, since Cogmind is a very complete experience and it's time for anyone who's been waiting for this opportunity to jump in.

There are of course a lot of people who don't have much faith in Early Access games, but as long as they're interested in the concept of Cogmind I don't think it'll be too hard to win them over while we spend the coming months adding optional features and content, especially considering the amount of development already allocated to ensuring maximum polish.

Break out the fireworks! (Or missiles, depending on how you look at them :P)

Thanks to everyone who's helped make this possible! Cogmind has come way beyond what it would have been without as much support as everyone's provided over the years, be it financial, spreading the word, or offering feedback and suggestions. A few months back I shared a lengthy rundown of features that didn't have to happen but have certainly made Cogmind better for it, features that you all made possible. 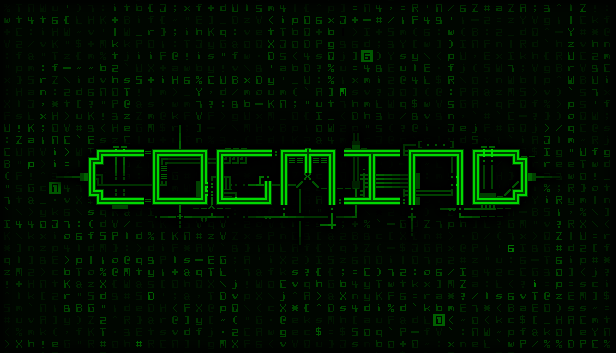 A logo image recently put together while preparing for Steam.

Cogmind feature highlights, as it launches into the wild on Steam:

Other interesting points regarding design and development:

I've sent out emails to alpha supporters who bought back when a Steam key was promised as part of those tiers. So check your inboxes (and spam, just in case) and email me at gridsagegames@gmail.com if you were supposed to receive a key but did not. Note that my response time might be a little slower than usual due to a much higher volume of activity around release time.

Those of you migrating from DRM-free to Steam can import your settings and metadata as usual. After installing via Steam, open the Steam-installed local files and copy over your old Cogmind /user/ directory into the new one. That's it. It will automatically update from then on for subsequent versions.

A little Beta 3 was put out last week to coincide with this Steam launch, so anyone not on Steam will want to update manually. See the announcement for notes on that.

For those of you who bought ages ago just to support development and are only now being reminded you own the game but never registered your copy, therefore your name doesn't appear in the supporters list (or more importantly the art gallery if you bought that early), go back to your original download email and use the linked form to register. There are still quite a few unclaimed items in the gallery, mostly because a lot of you probably didn't notice the form link (just a couple quick fields to fill out, otherwise I don't know what name you want to use!). After some time on Steam I'm going to have to reallocate remaining unclaimed items to other players!

Although Cogmind is now available on Steam, it will also always be available for sale from my website as well, and the DRM-free version will continue to receive the same updates (though technically the two versions are slightly different packages).

In the near term, however, as has been indicated on the buy page for a little while now, direct purchases will NOT include a Steam key.

A big part of the reason is to encourage purchases from Steam to help push up the overall review score. Everyone playing Cogmind on Steam please take some time to leave reviews! They're vital for encouraging more sales, and more sales is how we're going to get more features!

Further down the line this key policy could change, but it depends on a lot of factors and we'll have to see how things play out. So if you haven't bought Cogmind yet and are interested in doing so to play on Steam, buy from Steam. For a DRM-free non-Steam version instead buy direct here.

GOG I'm not sure about, because despite proactively expressing interest in Cogmind they haven't responded to my later emails, so for now I've decided to shelve that route.

There hasn't yet been a whole lot of advance press coverage about Cogmind's Steam release, partially because I requested that most influencers hold off on their coverage until on or after the actual release date, though I'm still not sure what kind of reception we'll see since Cogmind is pretty niche, after all. Some pre-release happenings:

Gonna have to rely on word of mouth and continued updates to get attention! :D

If you have any favorite LPers/streamers you'd like to see try Cogmind, or a reviewer who's opinion you'd like to read, let them know! I've already written to several, but I can't possibly find them all (and I imagine lots probably won't notice my email anyway, but if some of their fans let them know that can be even more powerful than me self-promoting my way into their inbox).

Congrats Kyzrati! It's great to have your game published on one of the biggest gaming markets in the world and I wish you every sucsess :)

I think a well earned break is in order! Ready for additional features and bug fixes.

Also I hope you're feeling better from the injury you had.

Well-earned break... my gosh, you know, you are so right... And what am I doing instead? Still working my butt off xD

At least I've been getting progressively better--found yet another treatment that might help improve things even more!

In any case, there *will* be a pause in dev for a bit while I do some Steam transition-related stuff, but fortunately all the new players have a ton of stuff to explore in the meantime!

And thanks! I'm sure you'll be reading about how it goes once I get around to posting something :D