It's Beta++! The huge Beta 1 release already finished up the story and included some major content updates, while Beta 2 is all about QoL, gameplay tweaks, and making a bunch of (mostly tiny) fixes.

What's this? Beta "2"? While an earlier progress update said to expect a 1.3, in the time since then the changelog has ended up rather... long xD. Altogether it's become more of major release of its own than a simple iteration on the huge Beta 1, so calling it 1.3 simply wouldn't do it justice! (Aside: Calling it Beta 2 also frees up the score sheet to get some new entries as well as pave the way for a leaderboard reset and stat summary, which has been posted here.)

Check out the visual summary below, or scroll to the bottom for the changelog.

Mouse users can fire guided weapons at empty spaces without the keyboard. 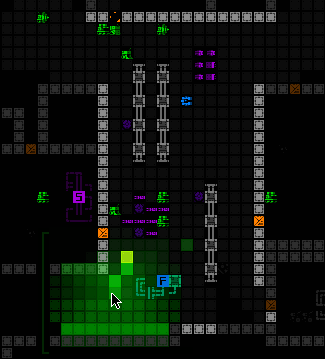 Placing the final/max waypoint for a guided weapon shows it in yellow. 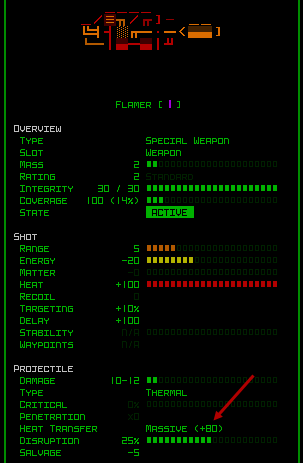 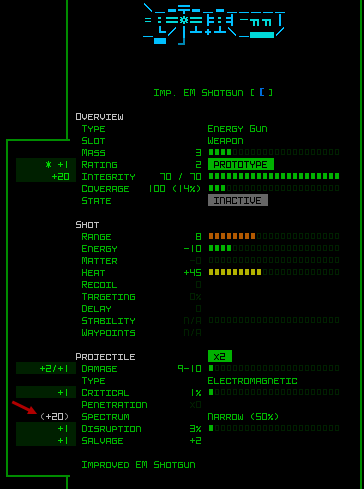 Transmission Jammer blocks the effect of all Alarm Traps within range (not just those you trigger). 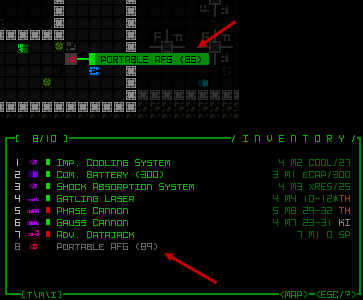 Items with internal power sources now show remaining power next to their name. 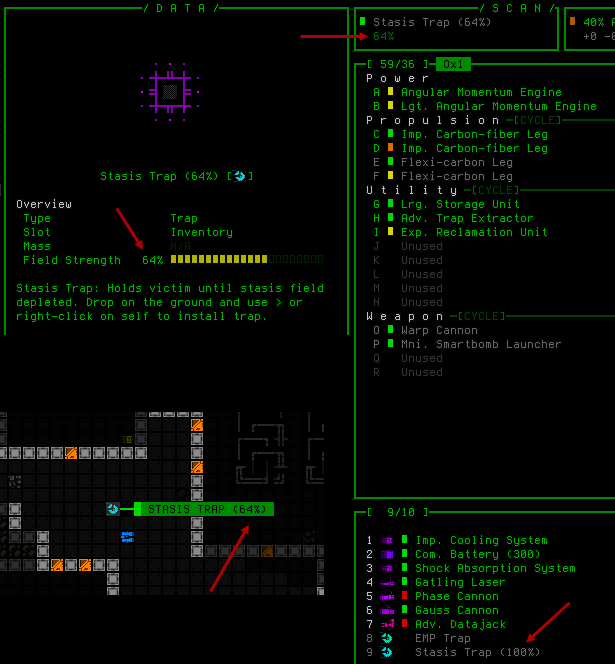 Stasis Traps now have a finite amount of power, also shown in their info and next to their item name. 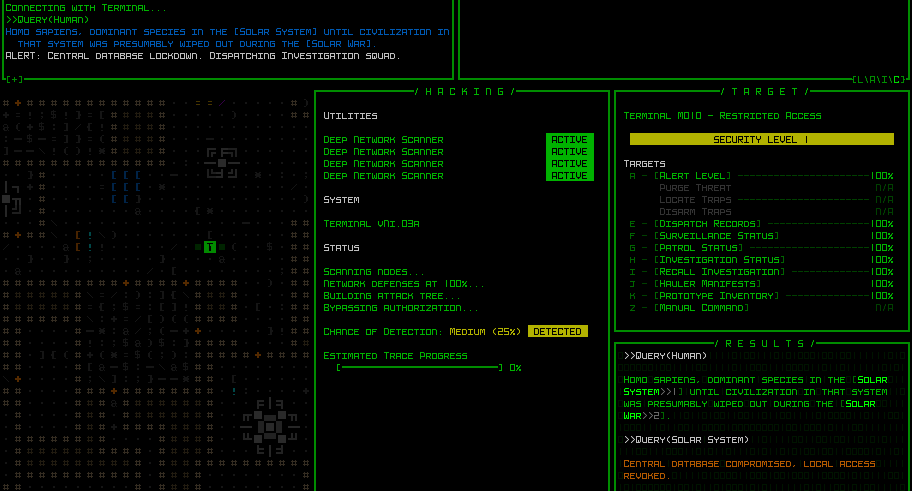 Central database lockdown alert message displayed in log, along with its new response!. 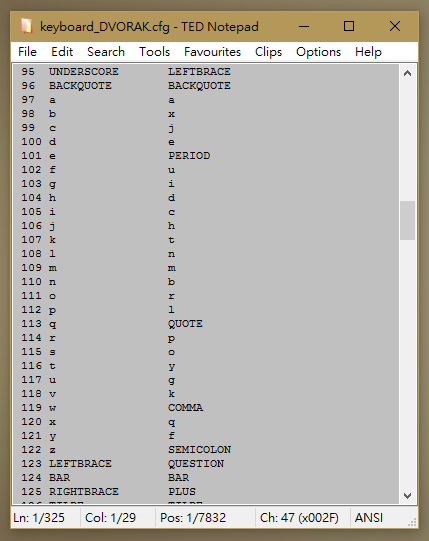 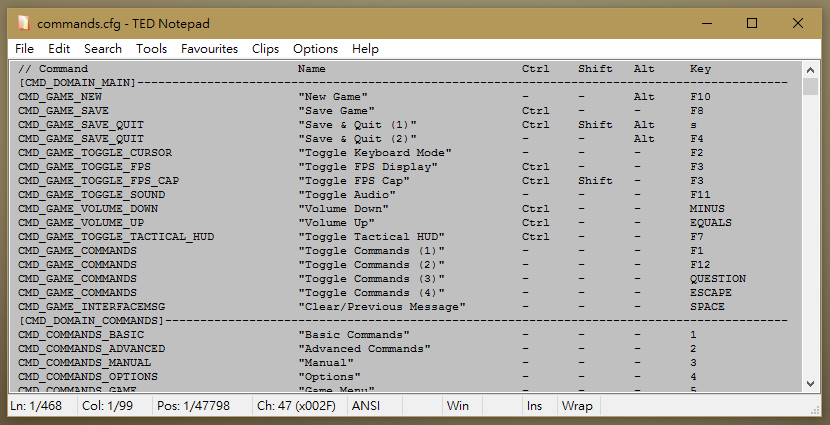 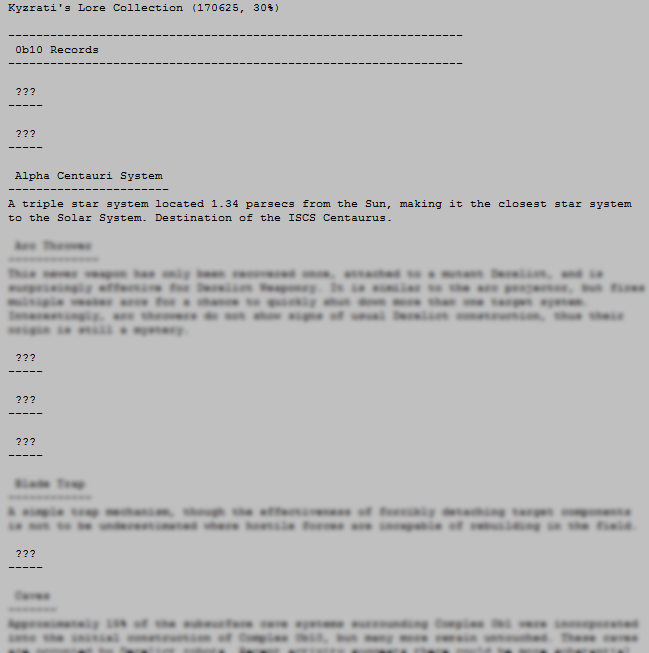 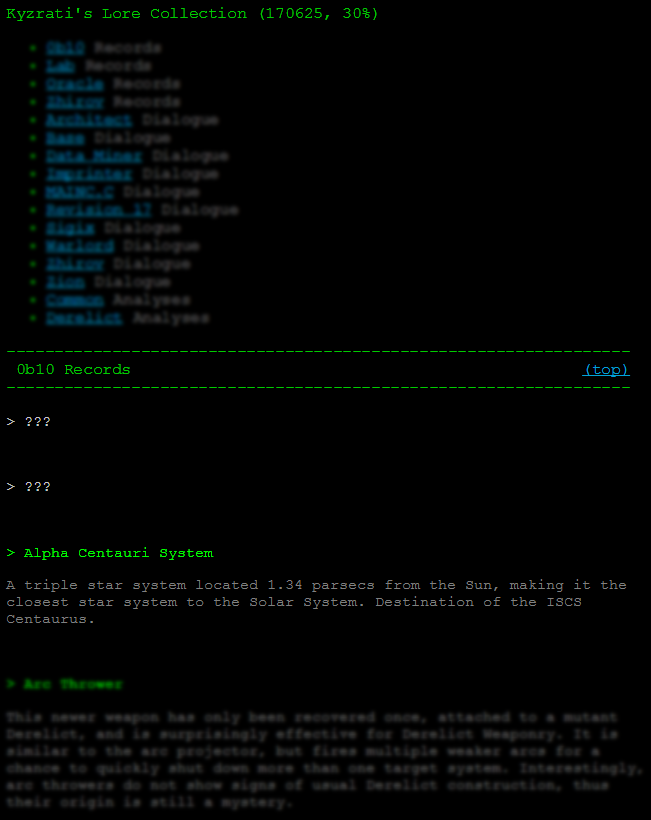 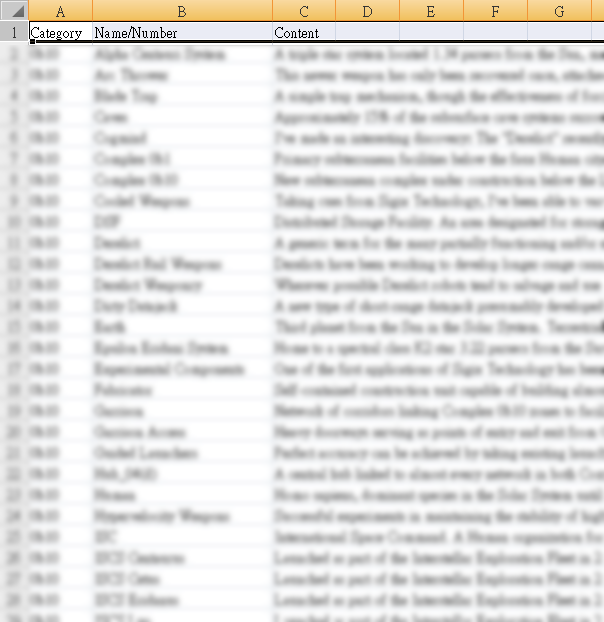 CSV export sample (for easy processing/converting into some other format).