A major milestone, a big ending, and a new beginning, all in one! After four years in development, Cogmind's story is truly complete, and this week we begin a new phase: Beta.

A major milestone, a big ending, and a new beginning, all in one! After four years in development, Cogmind's story is truly complete, and this week we begin a new phase: Beta.

To kick it off we have the largest release ever, which not only finishes off the plot lines with a new map and seven different animated endings, but also adds major NPCs, lotsa QoL, and more lore, mechanics, challenge modes... Check out the huge collection of feature images in the Beta Preview from last week to see some of what's included, or a sampling below of images not previously shown here on IndieDB.

Also note that Cogmind Beta is priced differently, having recently been set to its final base price. And for anyone who wants to help spread the robot love, gifting is now easier.

All-gun volleys have a good chance to continue firing at additional targets
if the first shots in their volley destroy their initial target. 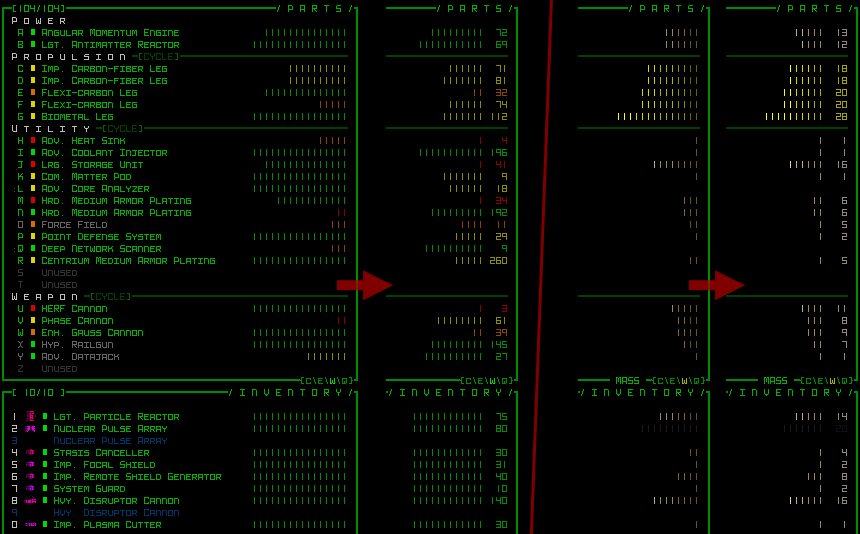 (A still shot comparing the difference.)

Non-part item info includes battery indicator for those with limited use.

Game over screen now has buttons at the bottom for mouse access. 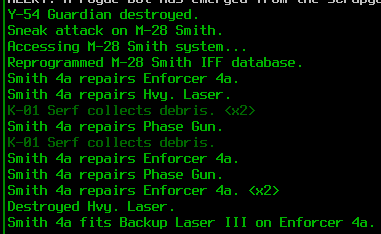 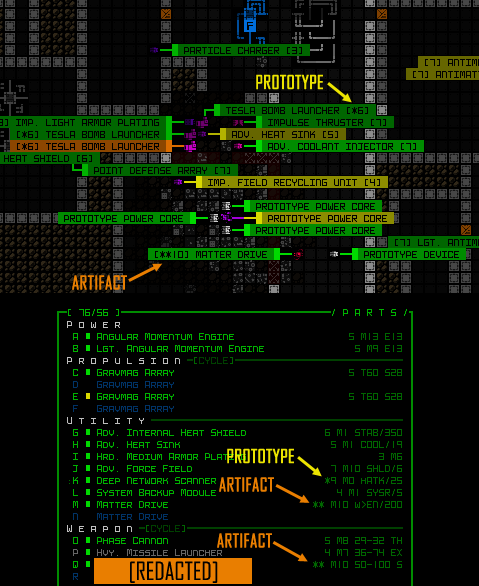 Alien artifact labels/names are marked with two asterisks instead of one,
to differentiate them a bit from prototypes.

Even destroyed walls can cave in.

But you get free knowledge of which spaces those are, including in the caves.

And you can make them brighter temporarily by holding Ctrl and Alt. 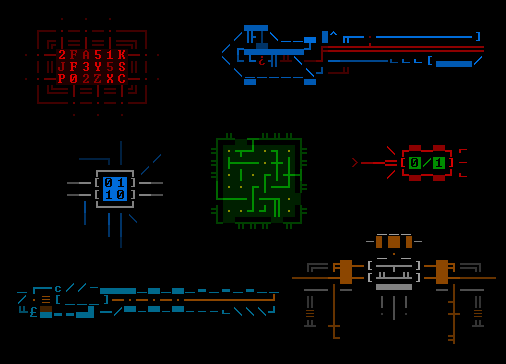 Yet more new items to play around with!

If no weapons active, volley range visualization glows entire FOV red instead of showing nothing.

As well as a dedicated board for challenge mode players.

Allies will no longer step on known avoidable hostile traps, i.e. no more of this.

New utility CYCLE button for mouse users (and the " key for keyboard players)
to toggle upkeep utilities all at once.

Corruption due to part destruction by impact shows a blue ASCII animation on target.

Also a UI effect for Cogmind on the same. 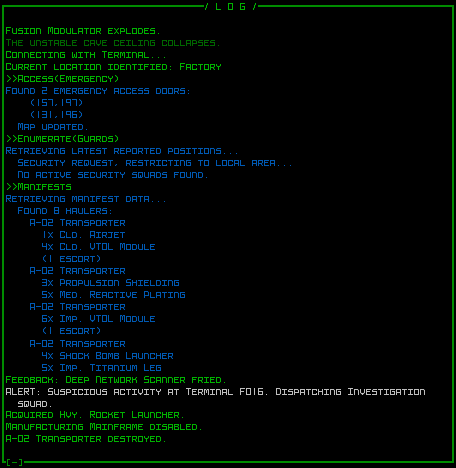 All successful hack results are mirrored to the message log. 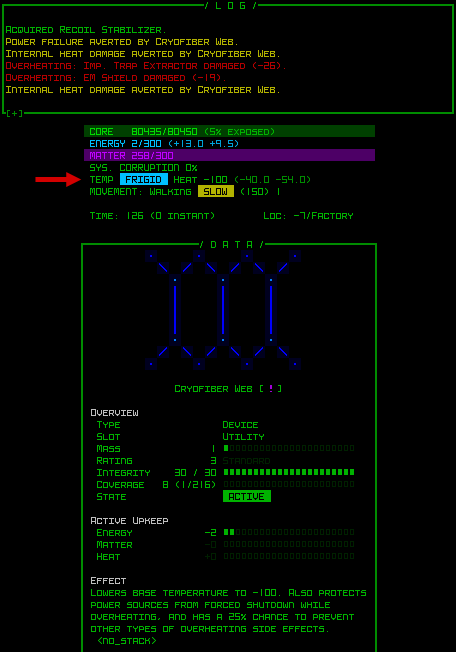 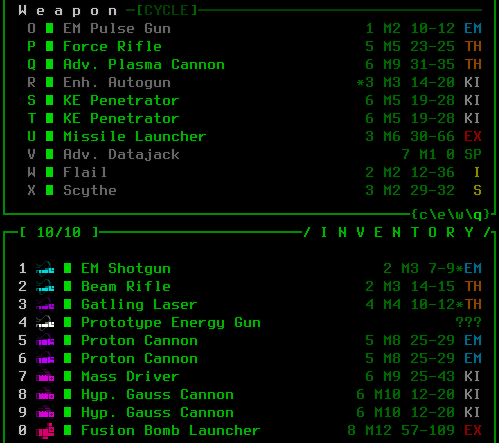 Part info summaries for overloaded parts reflect their modified values (and highlight them!).

Where to?
Going forward, Beta progress will differ from Alpha, ending the trend of larger and larger releases in favor of smaller updates less than a month apart, or even quicker as necessary to address issues and tweak balance. Beta 1 has its own discussion thread here. Instead of clogging up the announcements board, any smaller patches released before major features warrant declaring a new Beta version will also go to that thread!

The FAQ roadmap will continue to receive updates, and has started to look at bit different now that the core content is complete. There are still a few important accessibility and meta features to take care of, plus the inclusion of Steam, but we're about at the point where we can just do Fun Stuff, Because We Can :D

Fantastic news, well done on getting this done! It's a huge milestone and I'm sure you're very proud of getting this far, and so you should be. Keep up the hard work :)

Thanks! Sure has come a long way. Lots more I want to do (and a few things I still *have* to do), but it's getting there...