Fourth group : African conflicts. It feature civil wars, and wars involving non-African nations that took place within Africa . It encompasses separatist conflicts, major episodes of national violence, and global conflicts in which Africa was a theatre of war. Again don't take care of the weaponry and vehicles, they are just placeholder. Note that most of those screenshots are taken with low quality graphics.

Oh, and anyone remind my old mod Ivory Coast Conflict ? I decided to make the same conflict in Codename Flashpoint, it is much better this time. But it come with only 3 factions instead of 6 (6 factions was a big waste for me in addition that the uniforms where not accurate at all, now it is.)

In May 2000, the situation on the ground had deteriorated to such an extent that British Paratroopers were deployed in Operation Palliser to evacuate foreign nationals and establish order.They stabilized the situation, and were the catalyst for a ceasefire that helped end the war. 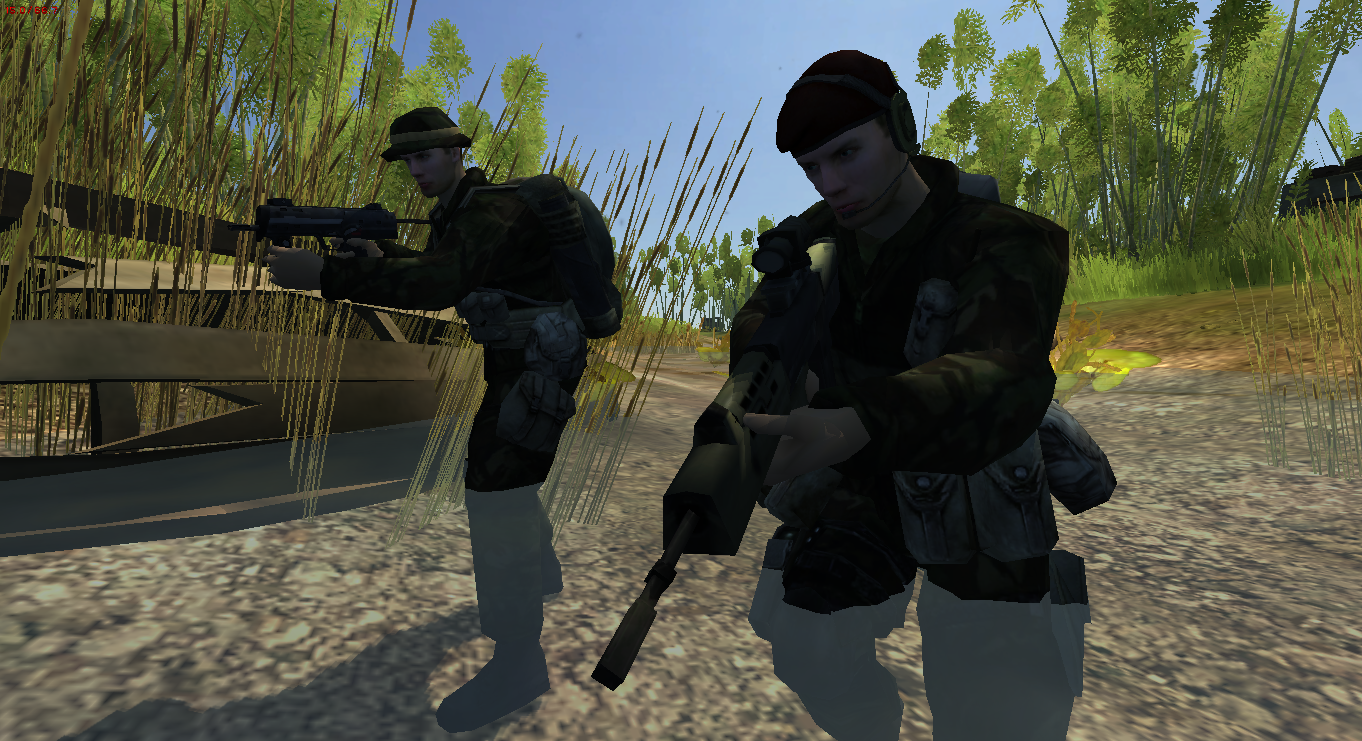 Revolutionary United Front (RUF) was a rebel army that fought a failed eleven-year war in Sierra Leone, starting in 1991 and ending in 2002. It later developed into a political party, which existed until 2007. 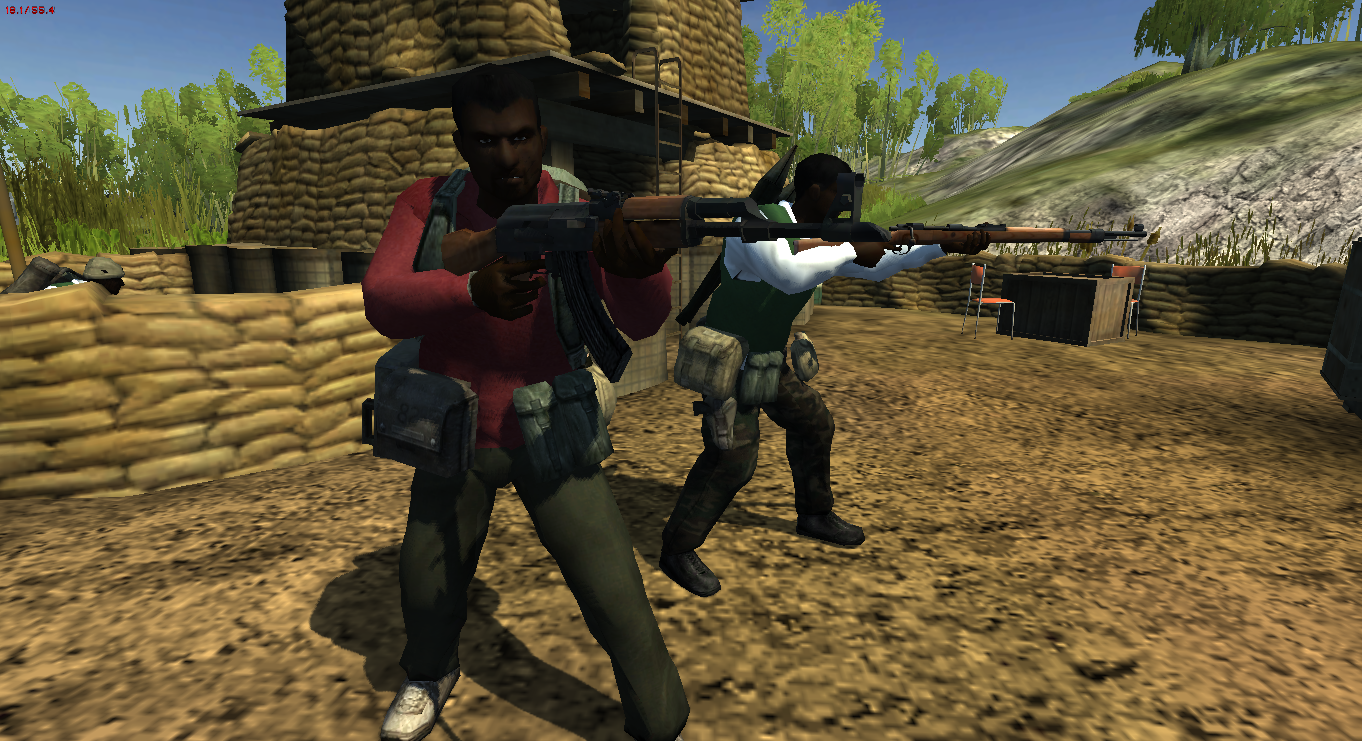 The French Foreign Legion is a military service branch of the French Army established in 1831, unique because it was created for foreign recruits willing to serve in the French Armed Forces. During the First Ivorian civil war, France sent 2500 soldiers to man a peace line and requested help from the UN. 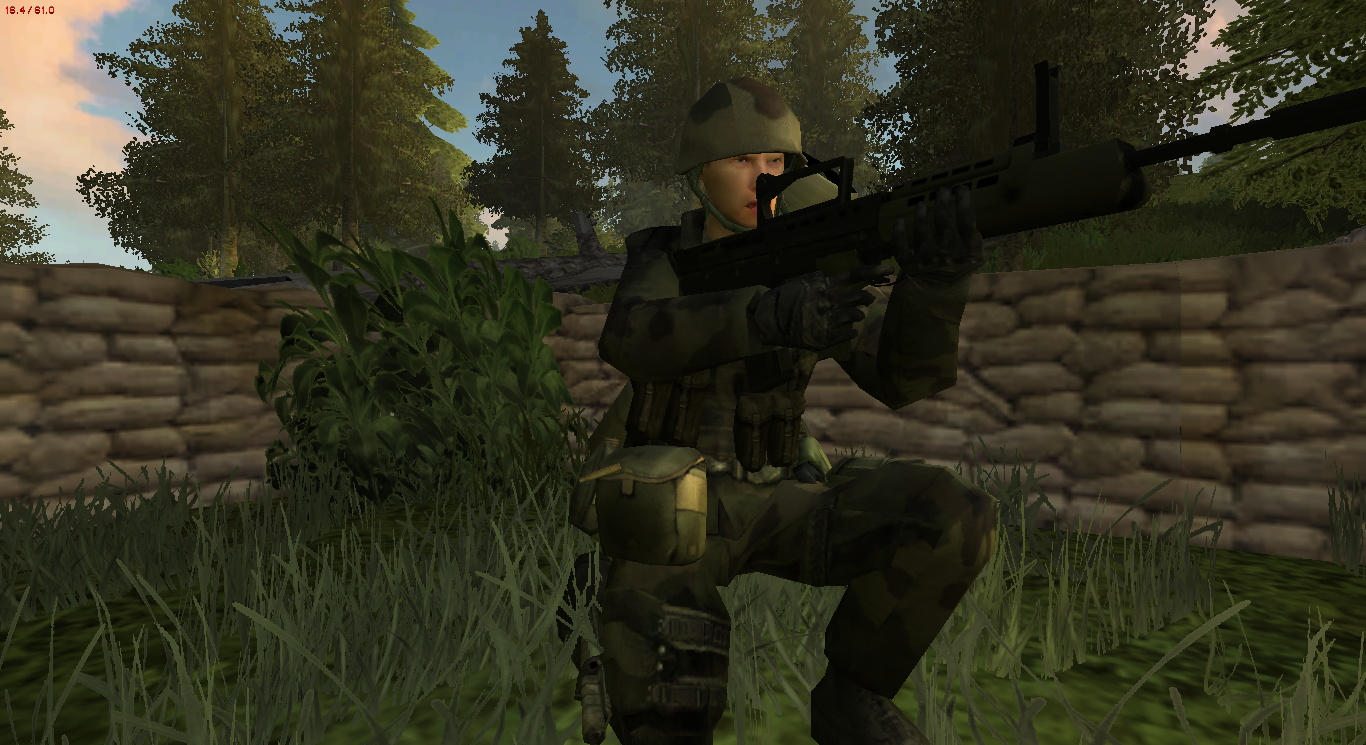 The Land Army is one of the components of the French Armed Forces. Like the other components, it is under the responsibility of the Government. After Ansar Dine attempted a push into the south of the country, Mali requested France to launch a military intervention in January 2013 which successfully pushed rebels out. The military intervention was followed by an ongoing Sahel-wide French-led military operation with around 4,000 French soldiers actively deployed. 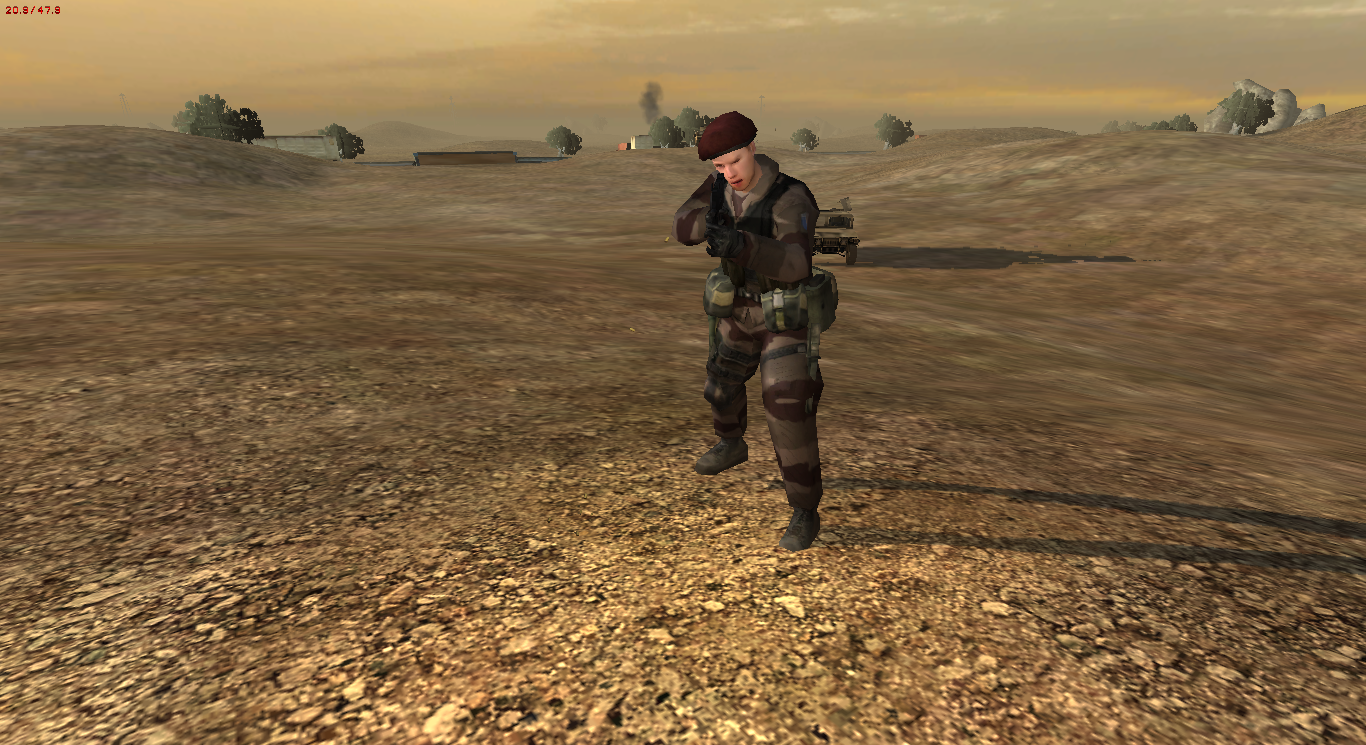 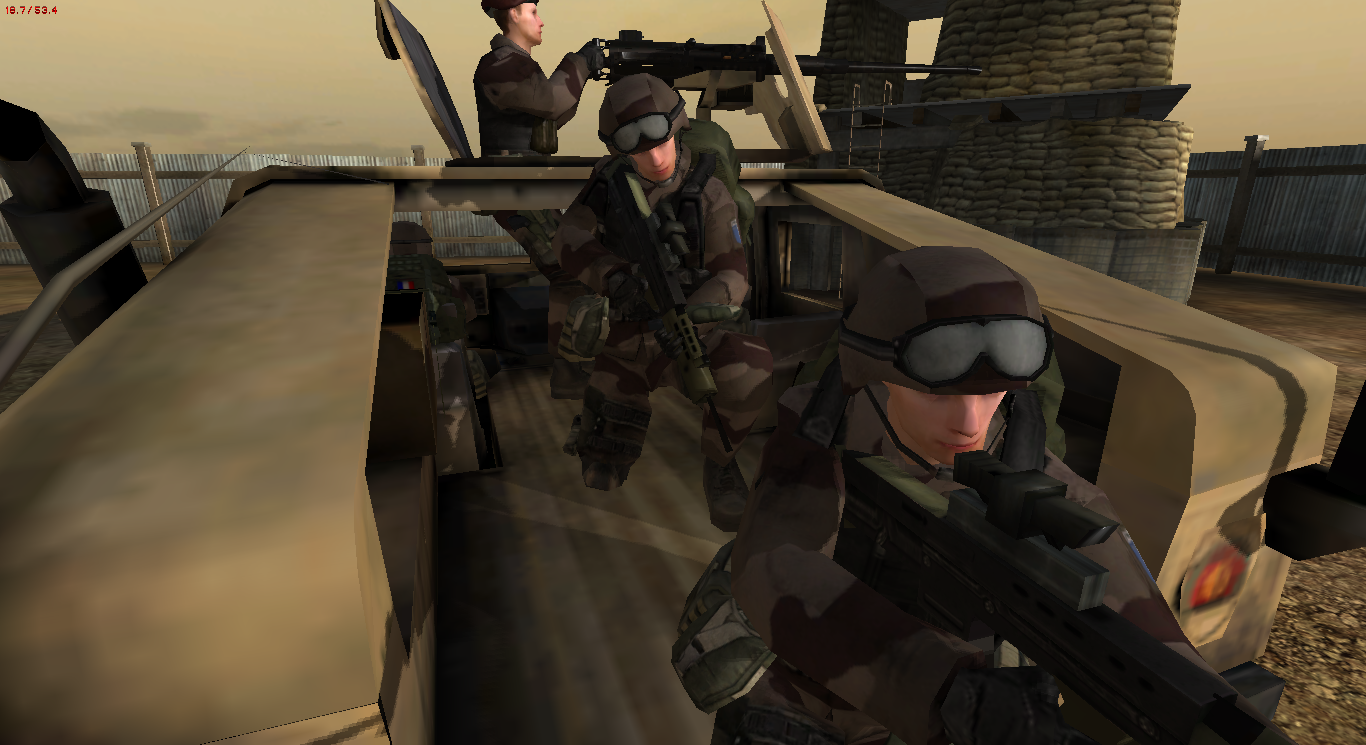 The flag is not well oriented in the uniform and drop-bag, I will fix that.

The FANCI (Forces Armées Nationales de Côte d'Ivoire) were the main branch of the Ivory Coast Armed Forces, after the Second Ivorian Civil war, they have been replaced by FRCI (Forces Républicaines de Côte D'Ivoire), in which some old members of FANCI are part of. 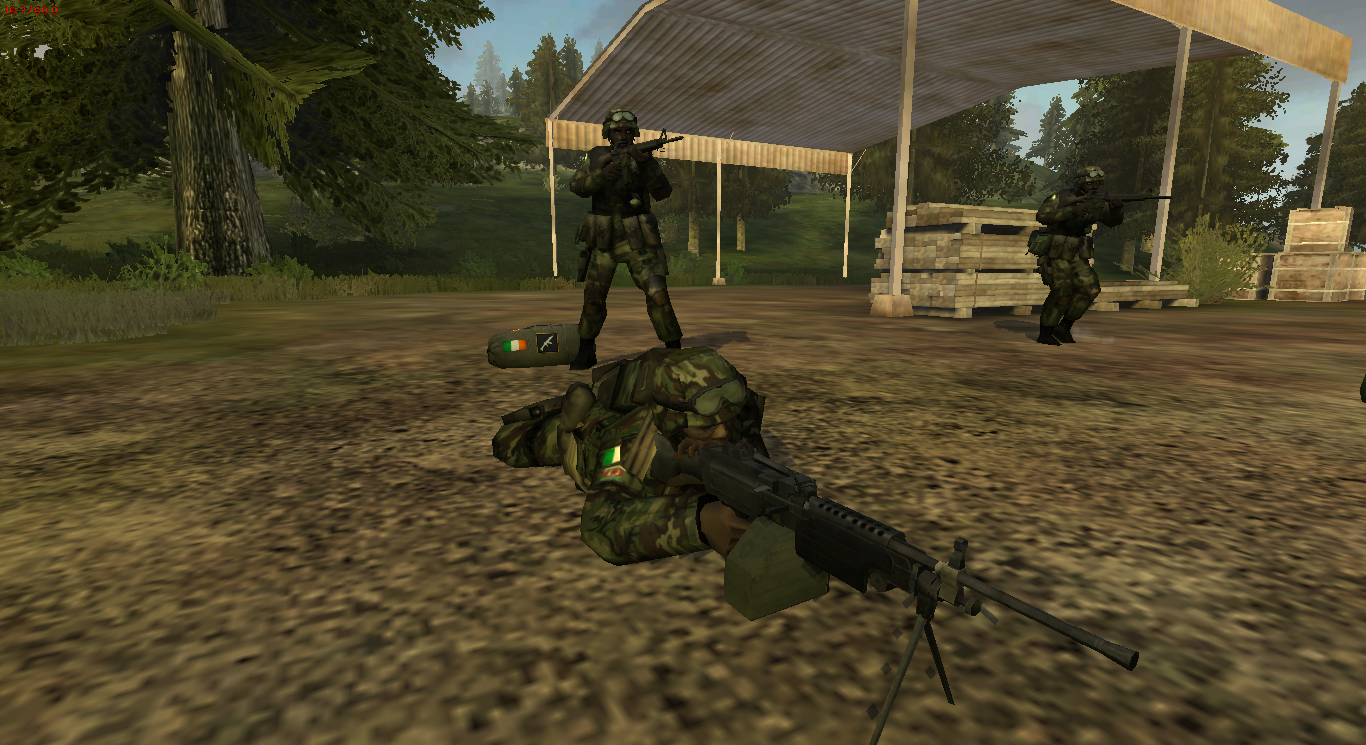 The Forces Nouvelles de Côte d'Ivoire (English: New Forces of Ivory Coast; abbreviated FNCI or FN) is a political coalition that was formed in December 2002, in the wake of the first peace accords of the Ivorian Civil War.

They were part of the rebels during the war, then after the Second ivory Coast Civil War, Most have been included in FRCI (Forces Republicaines de Côte D'Ivoire) , as well as some FANCI members 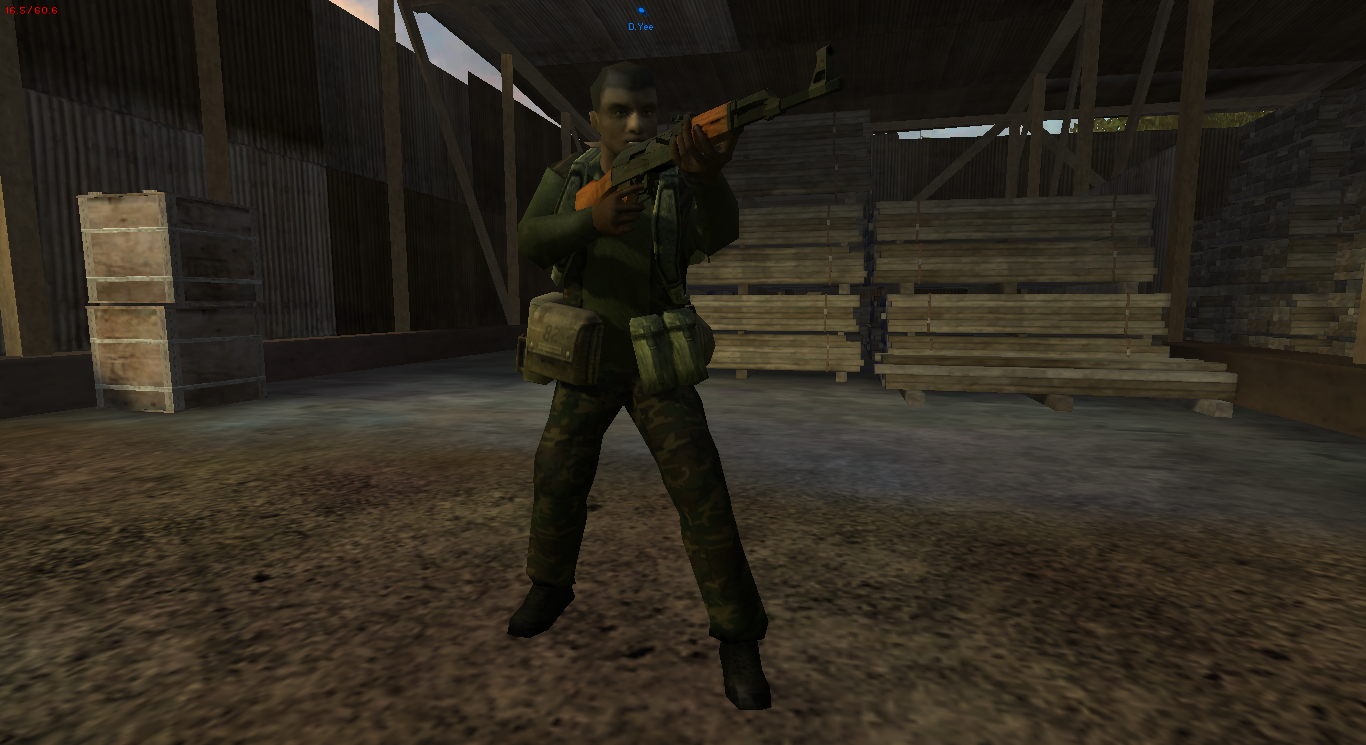 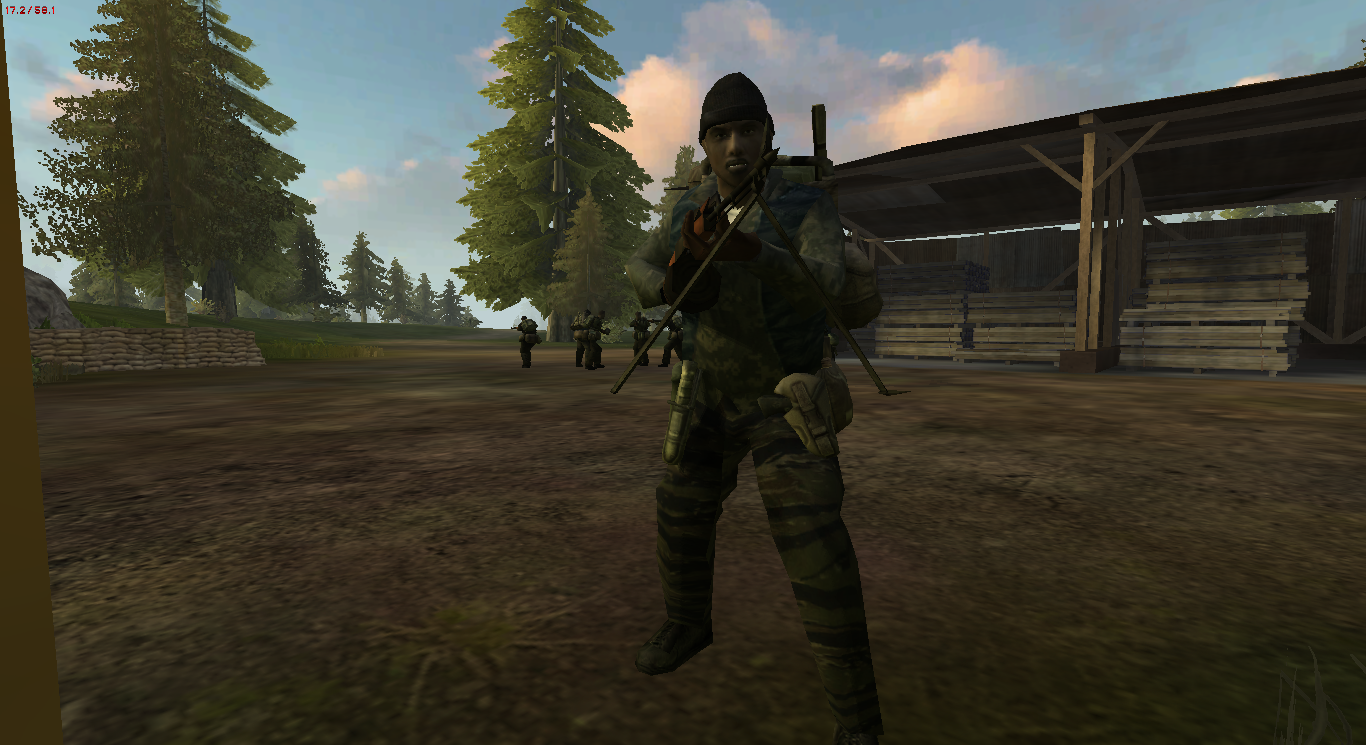 The African Union Mission in Somalia (AMISOM) is an active, regional peacekeeping mission operated by the African Union with the approval of the United Nations in Somalia. It is mandated to support transitional governmental structures, implement a national security plan, train the Somali security forces, and to assist in creating a secure environment for the delivery of humanitarian aid. As part of its duties, AMISOM also supports the Federal Government of Somalia's forces in their battle against Al-Shabaab militants.

The AMISOM is the faction containing the most of soldiers in Codename Flashpoint (7 soldiers from 7 nations, one being from Somalia) 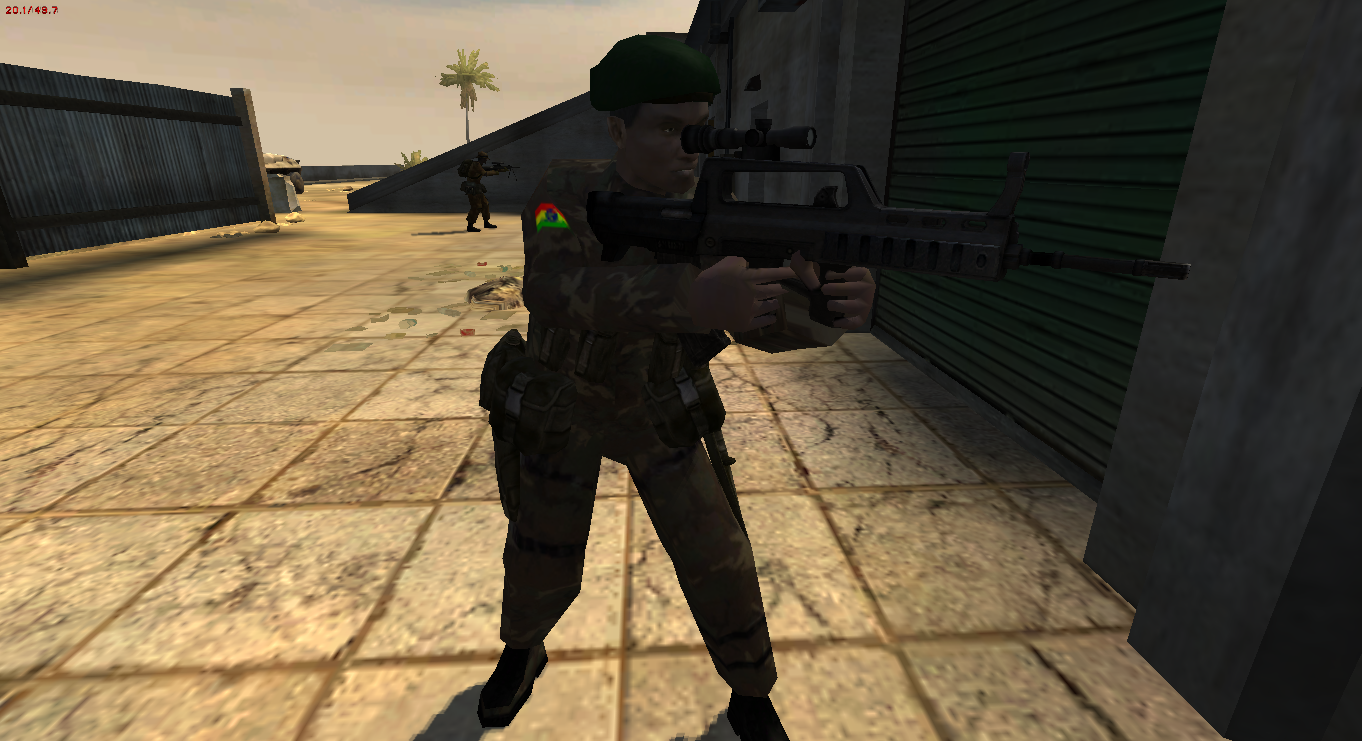 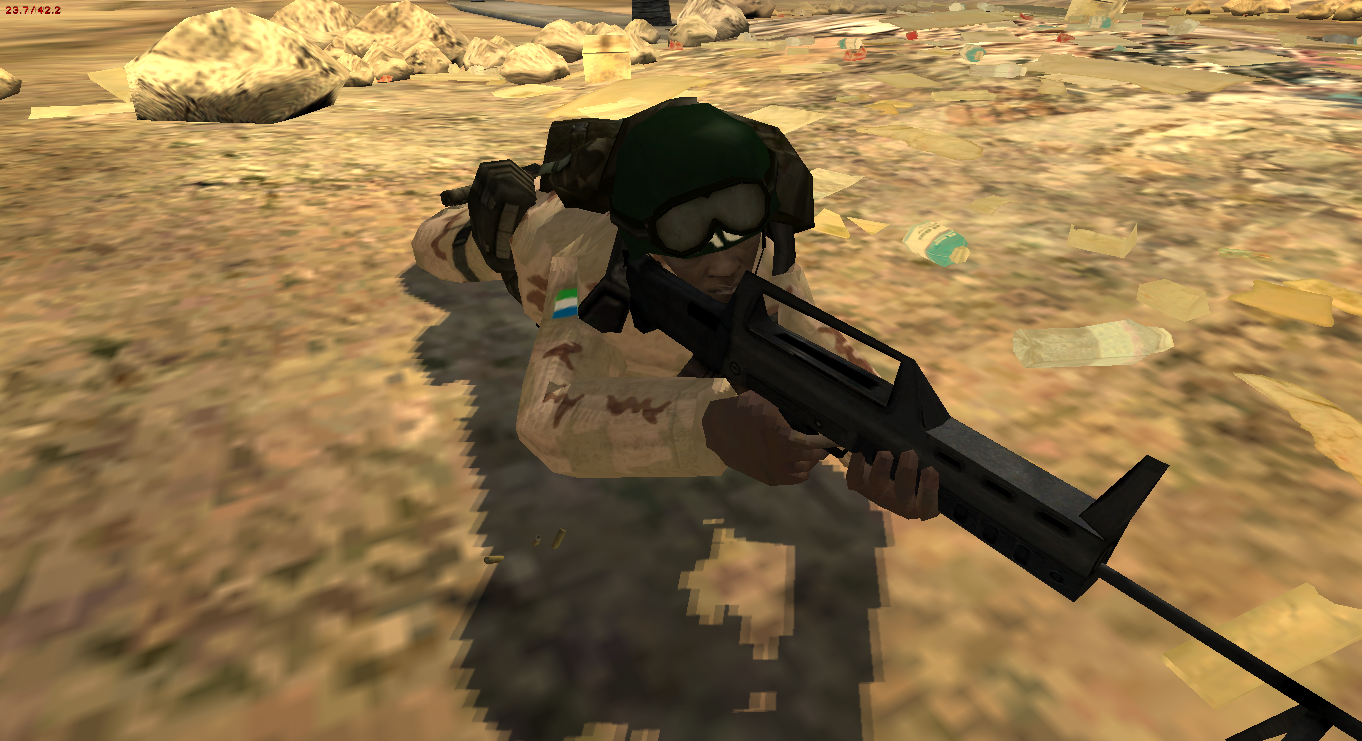 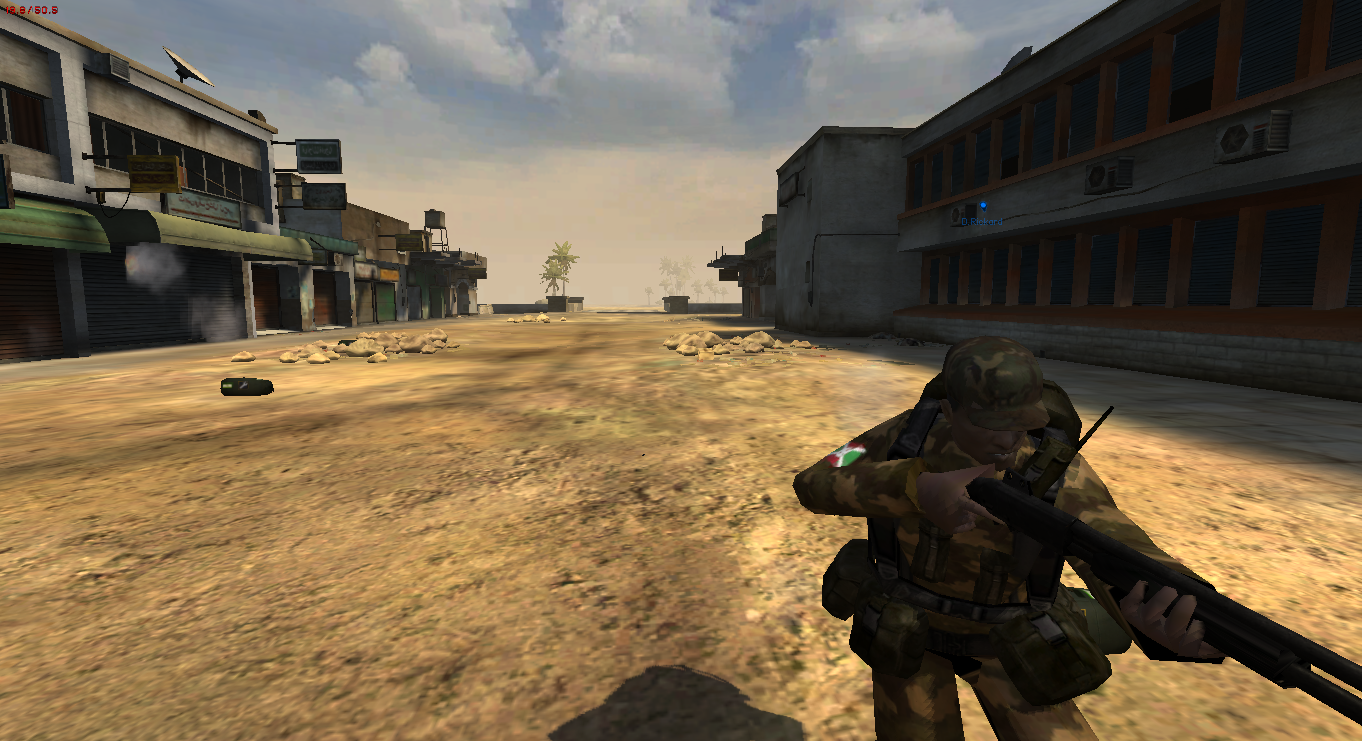 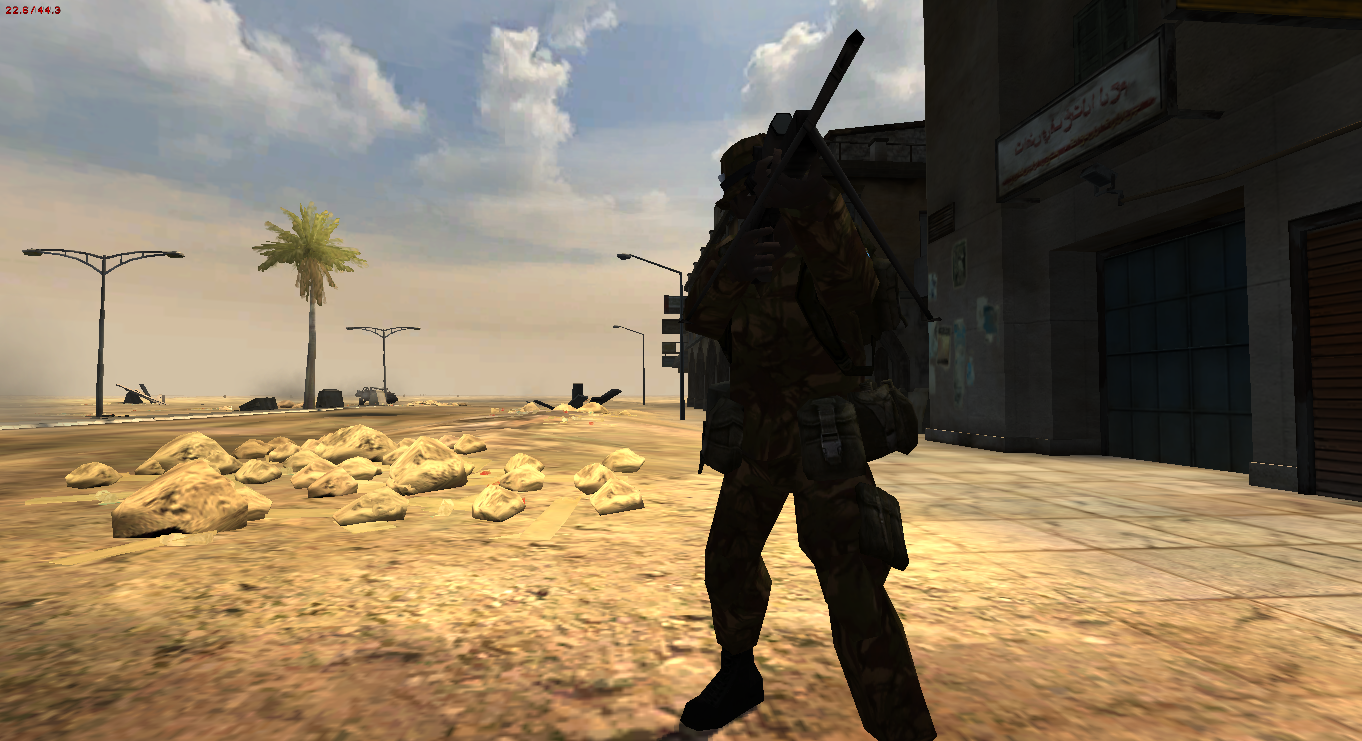 Al-Shabbaab (Arabic: الشباب, meaning "youth") is a Somali Islamist terrorist group of Jihadist Salafist ideology created in 2006 during the Ethiopian invasion. Its members are commonly called shebab or chebab. The group comes from the hardest section of the Union of Islamic Courts and aims to establish sharia in the region. 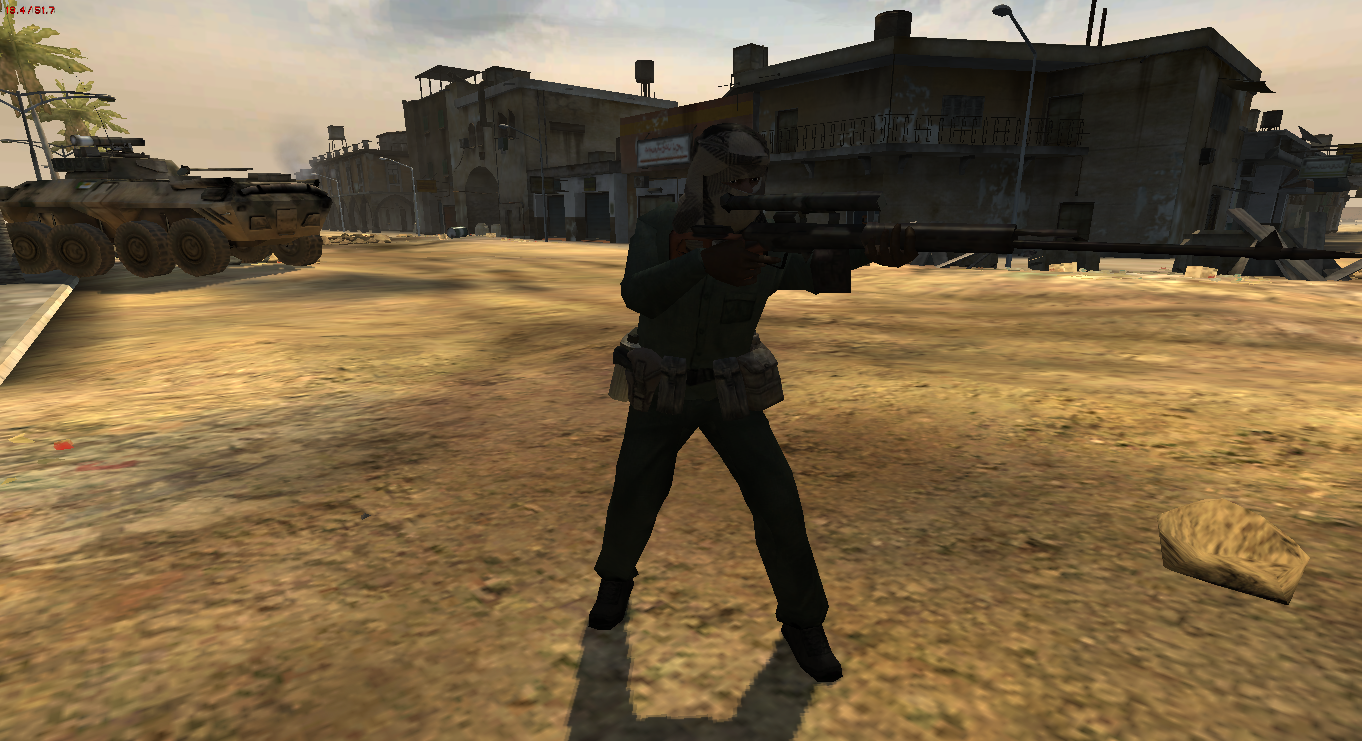 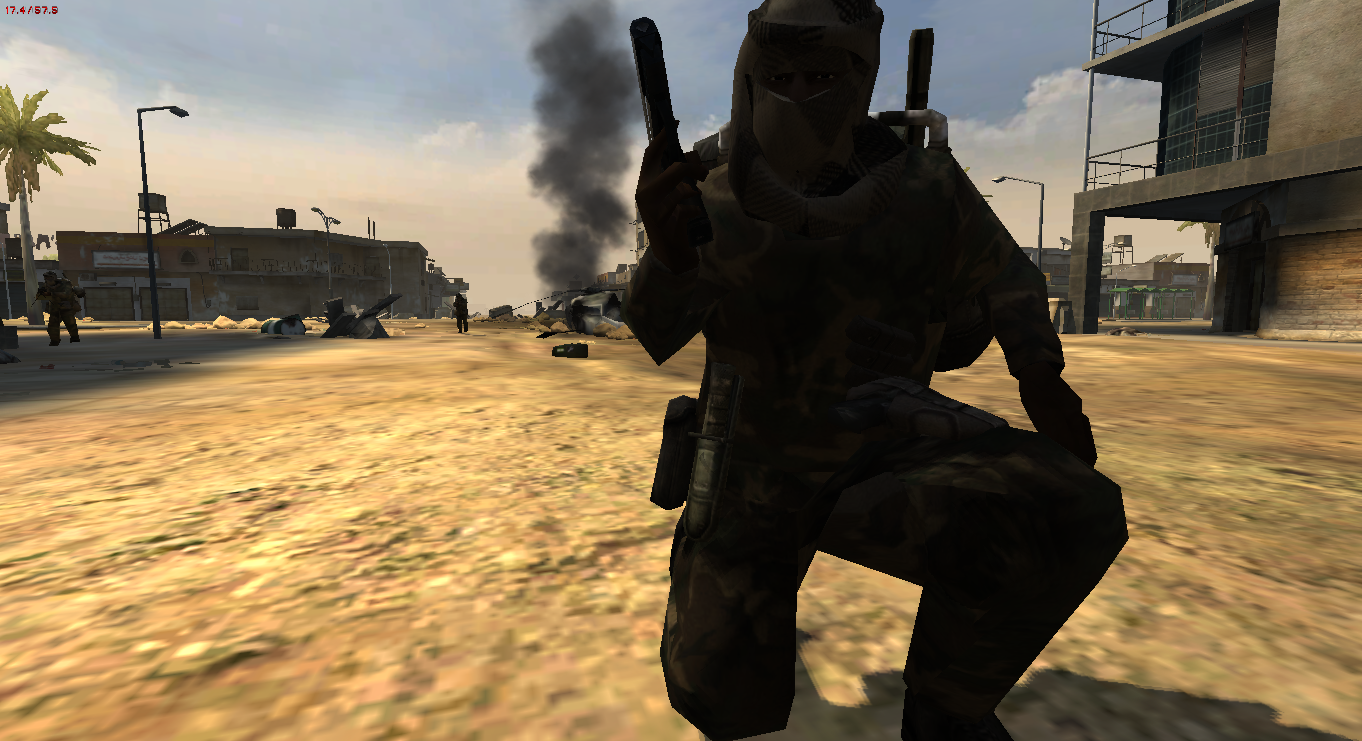 The Algerian People’s National Armed Forces (Armée nationale populaire) is the armed forces of the People's Democratic Republic of Algeria. Algeria has a large military to counter foreign and domestic threats. It is the direct successor of the Armée de Libération Nationale (ALN), the armed wing of the nationalist National Liberation Front, which fought French colonial rule during the Algerian War of Independence (1954-1962).

As the Algerian counterterrorism campaign became largely successful in pushing AQIM out of the country, the group established new bases in Sahel countries such as Niger, Mauritania, Chad and Mali. 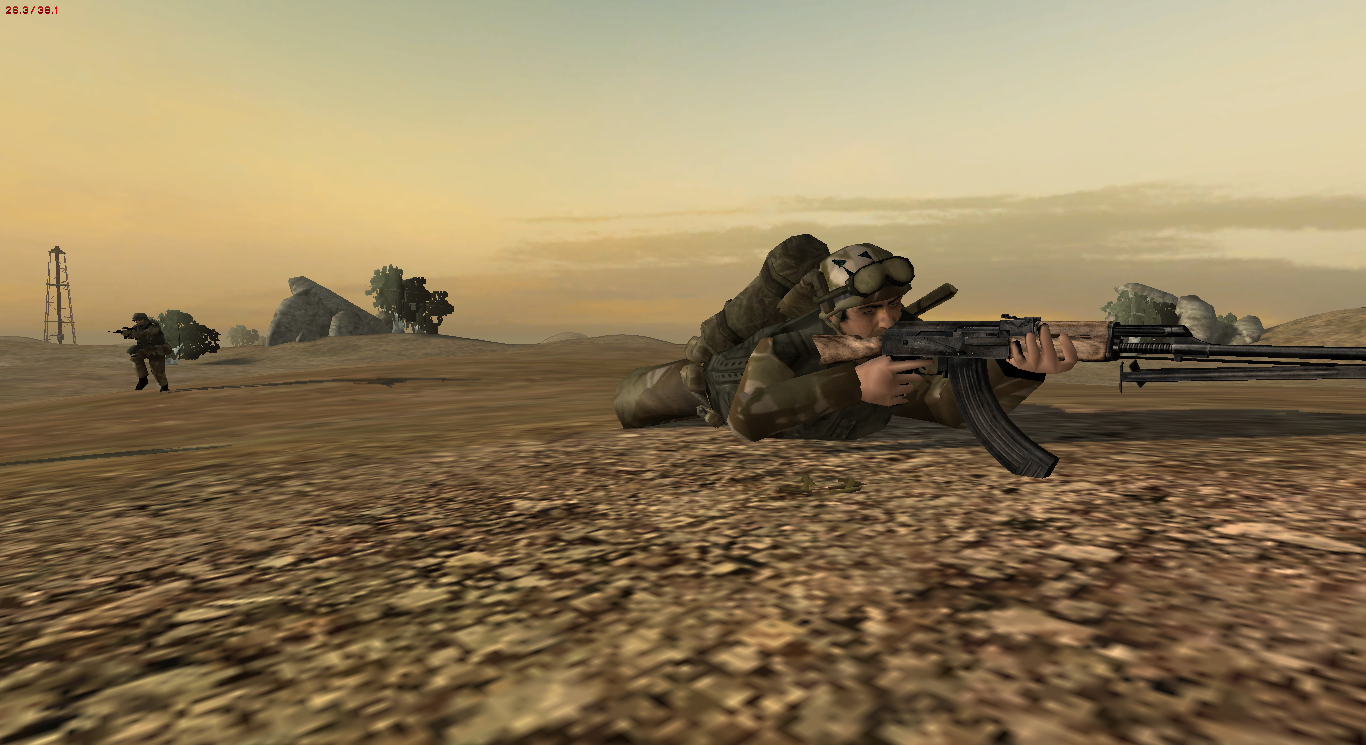 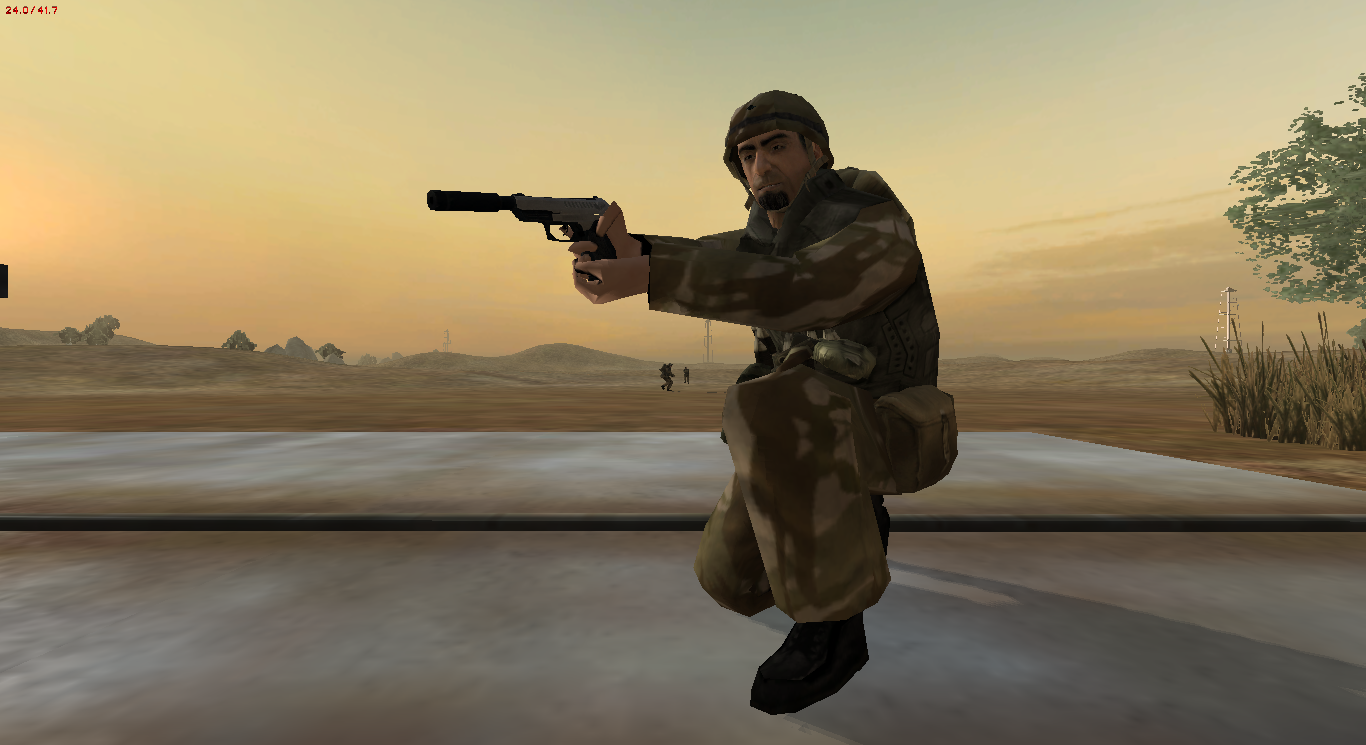 Ansar Dine or Ansar Eddine (Arabic: أنصار الدين,'Anṣār ad-Dīn, 'Defenders of Religion') is a jihadist Salafist armed group founded and led by Iyad Ag Ghali. Appearing at the beginning of 2012, it is one of the main armed groups participating in the war of Mali. 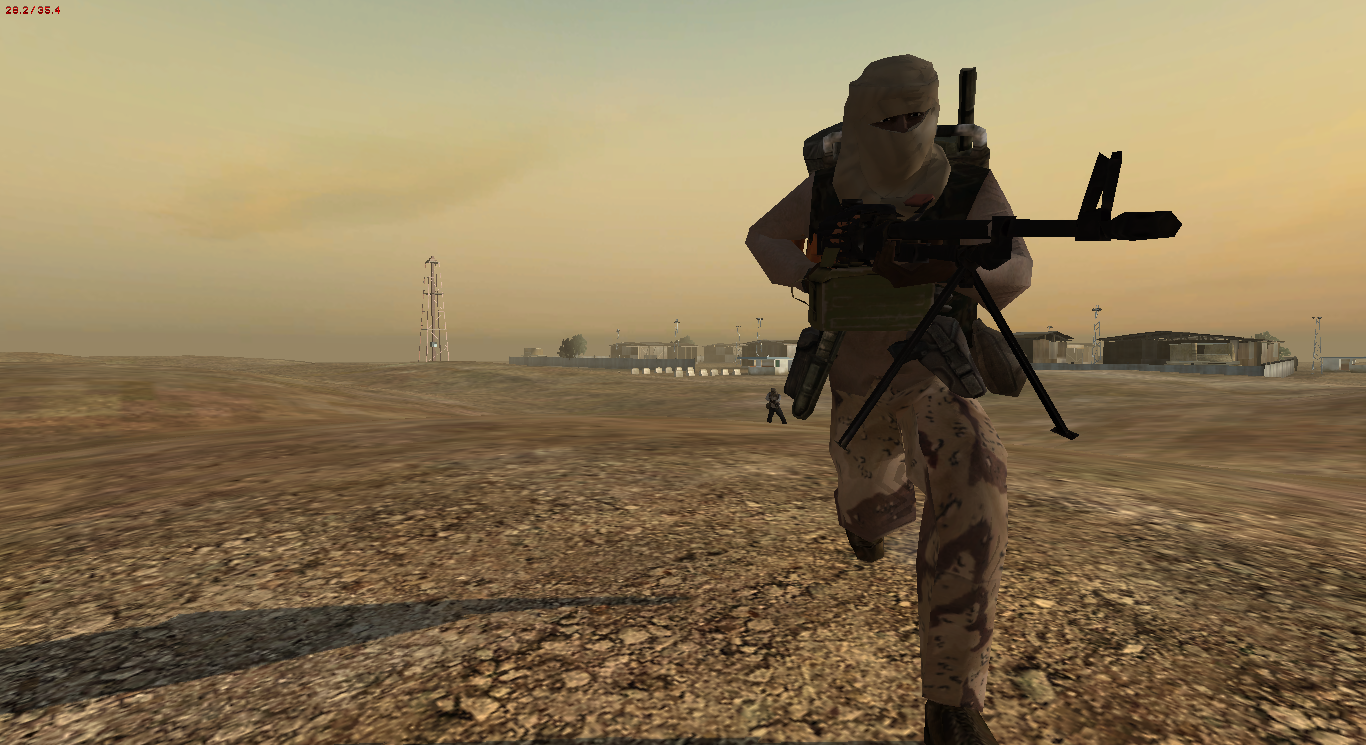 Al-Qaeda in the Islamic Maghreb (Arabic: تنظيم القاعدة في بلاد المغرب الإسلامي, trans. Tanẓīm al-Qā'idah fī Bilād al-Maghrib al-Islāmī), or AQIM, Al-Qaeda) which aims to overthrow the Algerian government and institute an Islamic state. To that end, it is currently engaged in an anti-government campaign. 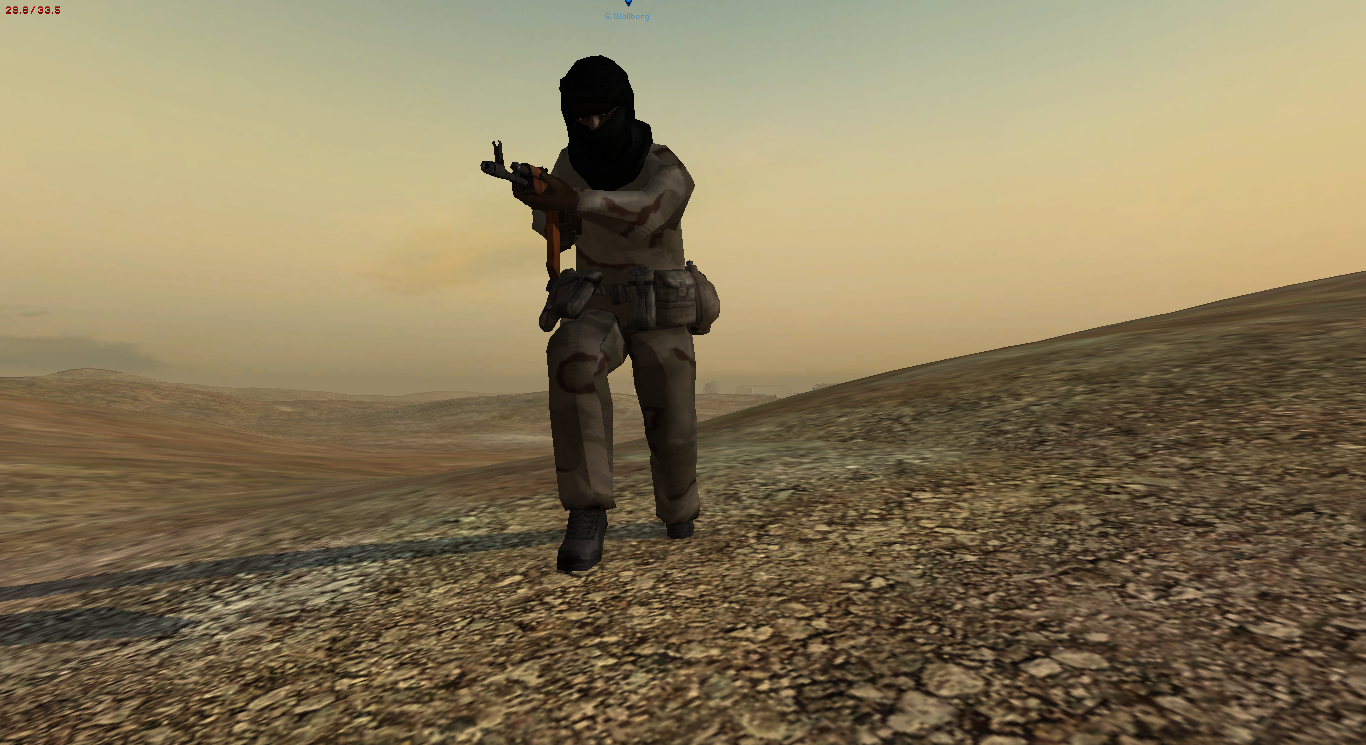 That's all, another update coming in one week :)

Wow,so many teams added in new patch 1.5
Cant wait to play them :D

Sometimes I ask myself if I will not forget to take care of some of the teams I added, since there is so much factions. x)

With all these factions here and in the rest of the mod, you're going to need a lot of maps. Regardless, good job, African conflicts are hardly ever explored in games, so nice to see it here

Indeed, I thought about that. There is a lot of talented mapper who agree to share their maps as long as they are credited. I have also some mapping skills, not an expert, but I have skills anyway XD. Anyway, we will see what will happen :)

Also, thanks, I think the Battlefield series don't take care of Africa since I have never seen an African conflict in a BF. This is here BF2 become usefull, to do what we want :)

Well, there's the "African Resistance Fighters" faction in Project Reality (which is a generic African rebel faction). They're used on a Mogadishu inspired map, among others.

Oh yeah I had forgotten this one. I remember having played as a African Resistance Fighter in PR online and if i remind correctly we took a big defeat from US Army team XD

That's great, this is becoming larger and larger, I love it so much

Thanks, I think I will need to write all things I added, since it is becoming a lot. :)

There is so much faction and new weapons, i hope will be released soon. Can't wait buddy :D

"Soon" is not really true, We have a lot of things to do, I estimate it to be finished during the start of 2018, but maybe we can finish it before. :)

Wow, I hope I can play all those faction right now!! Too much interesting faction on this version.

As I said on my precedent comment, I estimate the mod to be finished during the start of 2018, but maybe before that I can give a test to my team members :)

Would this version contains a lot of new vehicle?

This mod becomes more and more interesting. Any plans to include these conflicts ?

I don't know, but what I have to say is that some conflicts will be added separately.

How about a POLISARIO and Morocco faction?

Many factions have participated in the wars I added, and others have their own wars but if I wanted to add all these factions, it will probably not benefit the mod given the number of factions I already have. Unfortunately it is impossible to honor them all.