The Coda team is happy to announce the release of Coda v0.2 for Unreal Tournament 3 on both PC and Playstation3. Coda is an exclusively multi player third person real-time sword combat mod. The action takes place in a futuristic fantasy universe where sword, soul, and mind are weapons. Coda's focus is on thoughtful, unforgiving combat while remaining accessible new and experienced players alike. Players use swords, magic and mounted horseback combat to take down their opponents.

We are happy to announce the release of Coda v0.2 for both PC and Playstation3 versions of UT3. This is a solid release that the Coda team is very proud of and we hope Coda fans everywhere will appreciate the hard work Krussell and Denrei have been doing to get the updated version as well as the new trailer in your hands as quickly as possible.

If you already have a Beta or Alpha version of Coda all you need to do is run the auto-updater from your Windows start menu to get up to date. If you're new to Coda just check out the installation guides above and while it's downloading be sure to familiarize yourself with how to play Coda over on our wiki.

The main focus of this release has been balance, polish and responding to comments from the community. You'll notice that many of these features were actually implemented after the footage for the trailer was taken. 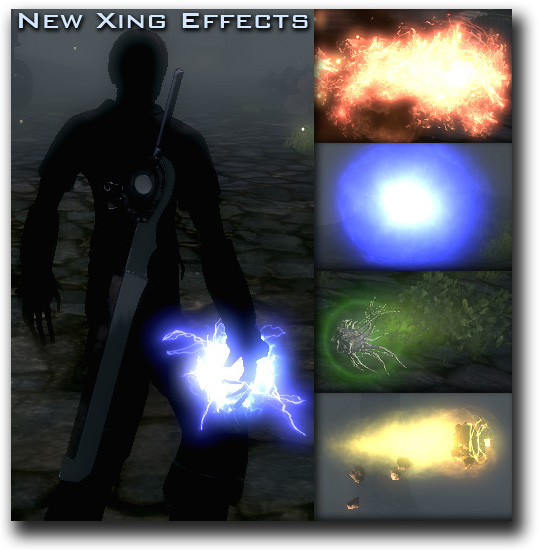 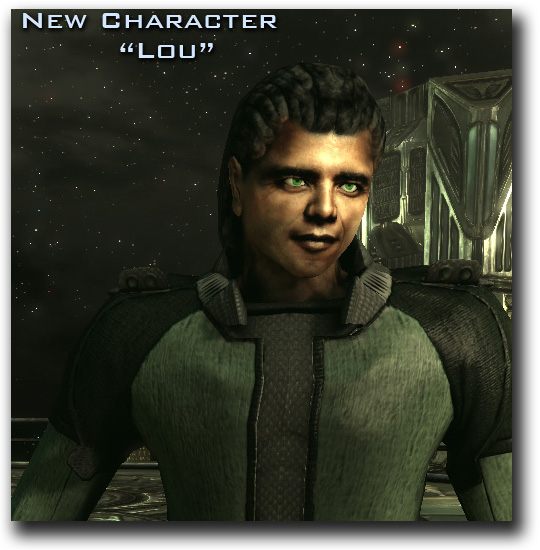 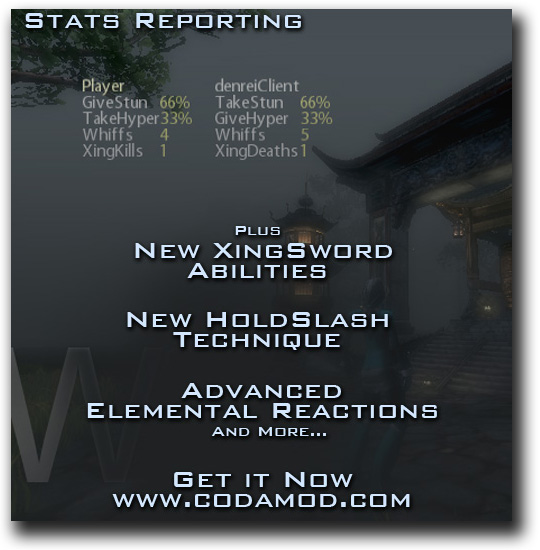 In the interest of helping players of all skill levels improve and analyze mistakes, the Coda team has added round by round statistics. These should help you single out areas of your game which are lacking and can be improved upon in further practice.

WoW looking good
Really pro quality on the vid...
Keep it up

Thanks! Its great to hear from someone who has experienced the painful joy of UT3 modding for themselves... :P
WarmGun is going to be awesome. gimme a PM if you ever need help testing or anything and best of luck in Phase 4

Me eyes cant beleave what i see...
great models & effects, i love the horse model :D

What was the song in the trailer? And the trailer was frickin amazing guys!

The grass/surroundings of some areas remind me Fable 2, which is in no way a bad thing might I add.

Hey thanks, our music is all written and performed by a good friend of mine James Whitman. Theres a ton more where the trailer's theme came from and in the next version you'll see us finally integrating more of the songs into the actual game.

Check out a few more of the tracks he has been working on (these are all a bit older and not finalized):
Myspace.com

As for the grass, we can't take any credit there... standard UT3 grass :)

Awesome :D I'll have to check out his myspace when I'm back later this morning. Thanks :)

that is looking really sweet :), however the blood effect is way way overdone, and the colour is too bright, looks like someone got a bucket of red chalk and tossed it up in the air.

Other than the blood, I can see where this mod is going, and I like what I see, keep doing what you're doing, because it's great, and we need more unique mods done well like this ;)
Good job so far guys :)

Yeah, we agree with you on the blood.
I plan to give the sword strike hit detection, death animations and effects an overhaul in the next release... its definitely the most common criticism so far. I made that particular effect very early on and just got used to it and forgot how out of place it feels :)

Hehe, yeah it's a little much. It's definitely on our hitlist as something to improve.

Fantastic work, i'll try it out on the PS3 soon!

Hehe sorry about that. Our community is still very small :P. People usually hop on at around 8pm CST, and it seems weekdays more than weeknd... so please don't give up!

You can check the status and population of the servers we run at this web address:
Codamod.com

Wahgt does Coda mean? Doesn't it actually mean tail? I seem to recall that from my Latin lessons.
Trailer looking good, nice use of particles.

Its the musical term that the mod is named for (and the logo inspired from).
The reason for the name will become more apparent as the gameplay gets closer to completion in futher updates.

Great mod.
Great gameplay.
Awesome selection of swords...
...BUT
Player models COULD USE some REAL WORK.
No offence, but they pull the whole mod down.

Hey Daystranger thanks for the feedback. I'd be interested to hear some more specific criticism on the particular things that bother you about the models, maybe some examples of other models that do those things better. I try to split my time between working on new models and bringing the old ones up to snuff, so advice would be appreciated.

I have to disagree about the character models needing work. I really love the overall style of the characters that make them all fit together in the world you've created for them. All I dislike in the characters is in Lou, and it's just his hair I dislike, because it looks so flat and lifeless compared to the other characters. To UT3 standards I find all your characters very top notch.

I had the chance to play with one of the game's devs, Denrei. They seem to have put a lot of work into this game and are around to help people learn how to play. Its a must try if you own UT3!

Awesome! I'll have to try this out ASAP. :D

Could someone tell me how to install ut3 mods? Mod looks epic!

Coda has an automated installer so you don't have to worry about anything. You can grab it at Moddb.com . It will automatically locate your installation(Steam or Retail) of UT3 and create desktop and start menu shortcuts. Then you can simply launch Coda by double clicking on of the created shortcuts. Also, if you have Coda installed, when a new release comes out you can just use the Coda Auto-Updater(There is a shortcut to it created in the Windows Start Menu under "Coda Mod Beta") to update Coda to the latest version. Let me know if you have any other problems getting the game to run.

Also, make sure you have the UT3 2.1 patch installed.

Get the mod. It owns. Hey Denrei.

The sword swinging speed in the trailer still doesn't look like actual blade swings, cause in reality you don't want to swing too slow, or the opponent will see it.

So having a sort of very short stance before the swing can help in determining what kind of sword swing will occur.

Example: Swinging a sword with 2 hands, downward. The holding stance would be 2 hands holding the sword, pointing upward above your head, and when the swing starts it speeds up.

The speed depends on the sword used. Some are slow and powerful, and some are fast and weak. It depends on the style of the user. It's hard to defend a big slow one, though easier to dodge, and vice versa for the opposite.

This is a very fun mod :D

Great video with some killer effects!
While I love the concept of the mod, I agree with others that the blood, hit detection, and swing speed could all use some fine tuning ;)

Otherwise this looks like a great start and yet another reason for me to grab UT3. I knew I would get the game eventually when enough quality mods are around. That time is closing fast ;)

You guys have done such an amazing job on this mod. I wish you the best of luck in the MSUC!

Sorry I haven't been around to beta test, though.

Ok, so I have the game up and installed, but is it just me or are the attack animations not finished? Like for 90% of the strikes I do the is a sound but no animation. Is this still in development or is Coda conflicting with other mods?

All in all, the sword swings in the trailer are not what I'm getting on screen. Help would be much appreciated. :)

I thought this mod was slow and not that great at the beginning but fun to look at. But when Me and my 3 other friends started getting into it and developed out own fighting Styles it got a lot faster and more intense. Great mod is what im saying lol.