Recently, I've been working very hard on Roses and Gems in order to complete it's update so I can start working on Reign and Rule again. The 1.1 update is fairly near completion, After I finish adding the tidbits to the boss and add sounds, it should be done.

Recently, I've been working very hard on Roses and Gems in order to complete it's update so I can start working on Reign and Rule again. I've been working so hard, I've forgotten to actually post progress updates ^^'. The 1.1 update is fairly near completion, After I finish adding the tidbits to the boss and add sounds, it should be done. Well, other than playing through it a couple of times to squash those silly hiding bugs >_>

So: Time for actually progress report: 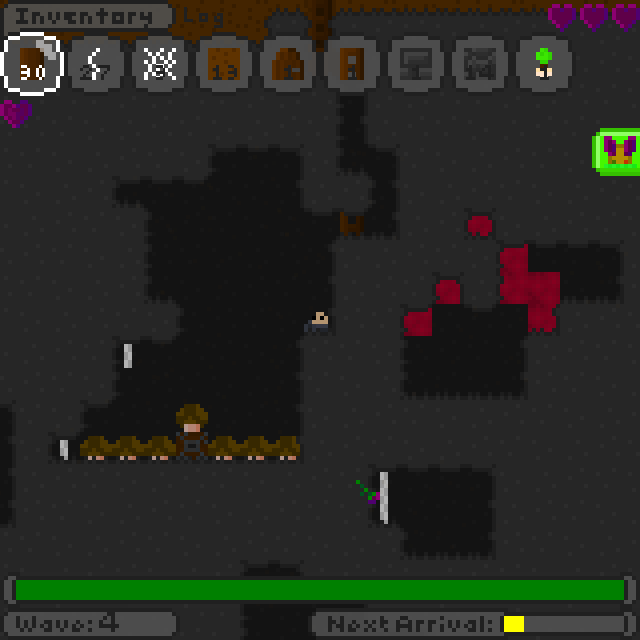 So, one of the things I've done is update world generation to not be as boring. Rubble spawns underground a lot less now. However, the biggest change was the addition of caves! Yes, caves now spawn with lovely loots(chests) in them and some useless junk (mushrooms/string/foilage/ect) as well. My biggest problem with adding caves was that often they would collapse immediately after world generation. Eventually, I figured out a solution: Supports. Bascially, after world gen, the world is checked for any spots where caves may collapse and puts a wooden pole there in order to stop it. Shortly afterwards, I noted something I found amazing: 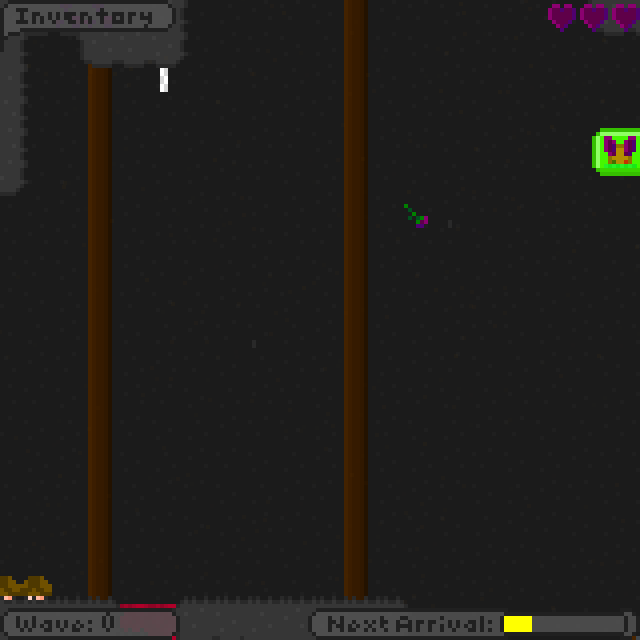 Huge caves can now spawn, the cave picture above is actually about 3 or 4 times larger than what you can see in the picture. The reason I never noticed this before, was because the caves kept collapsing, leaving large rubble pits.

After updating the crafting screen, I decided the combat screen should probably get an update as well. 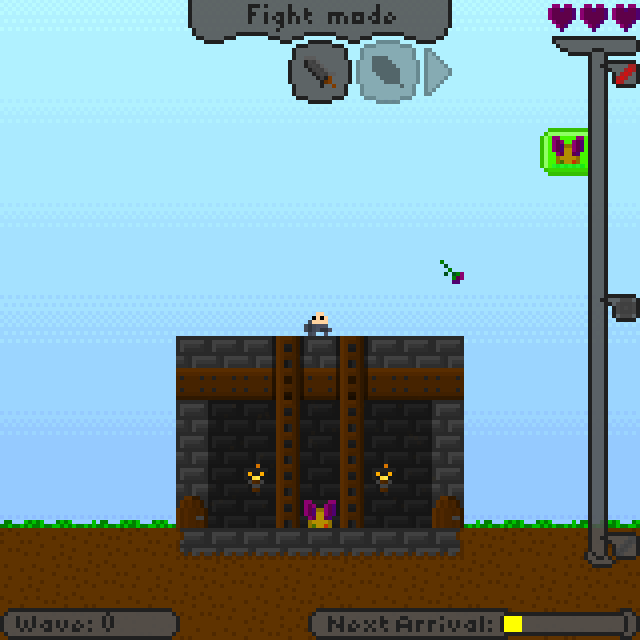 Other than just making the HUD look better, I've also added combos. All weapons now have some sort of combo system. (except for the bow) So for example: The steel sword first slashes, then shield bashes, then does a critical hit slash. 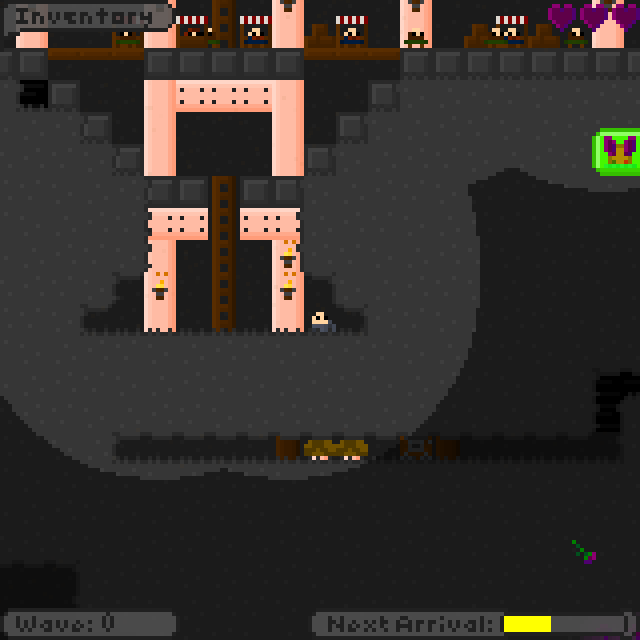 Torches were also added due to the darkness underground being quite annoying after a while. However, unlike other games, where it's pretty easy to run out of torches, I've made it so that the recipe for torches gives you 100 torches, this way you shouldn't need to craft them so often. I originally planned for the player to have infinite torches, but I had no good way of implementing this. 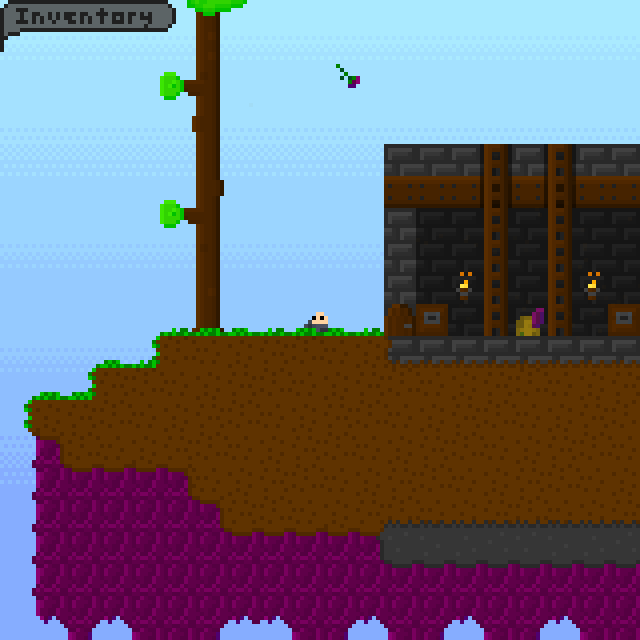 I've also added two new difficulties to the game. The first of these two difficulties is 'Game Over'. Basically, there's just a single island left, with only a few resources. If you've ever played skyblock, this was based off that.
The second difficutly is 'The end'. It's unlocked by winning the game. It's the same as playing the game on hard, except waves of enemies no longer spawn.

Well, that's it for now, however I have done a lot more than what's mentioned here, it would just take way too long to post it all >_>' Thanks for reading!

Awesome extra glitch for you guys: 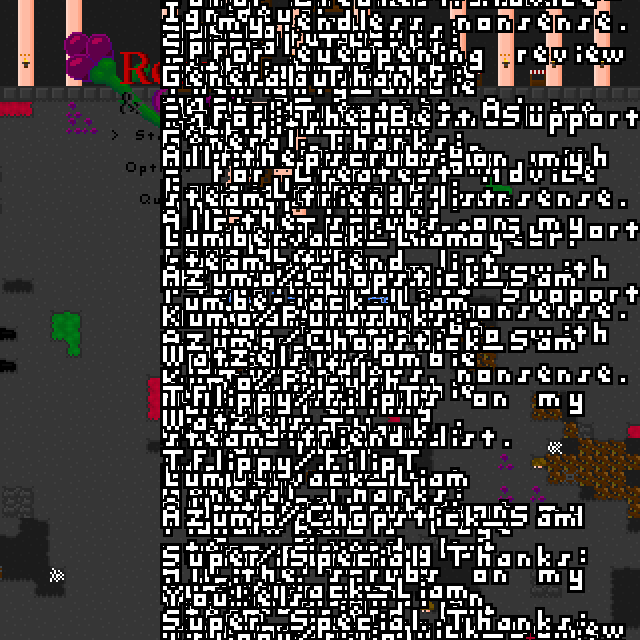